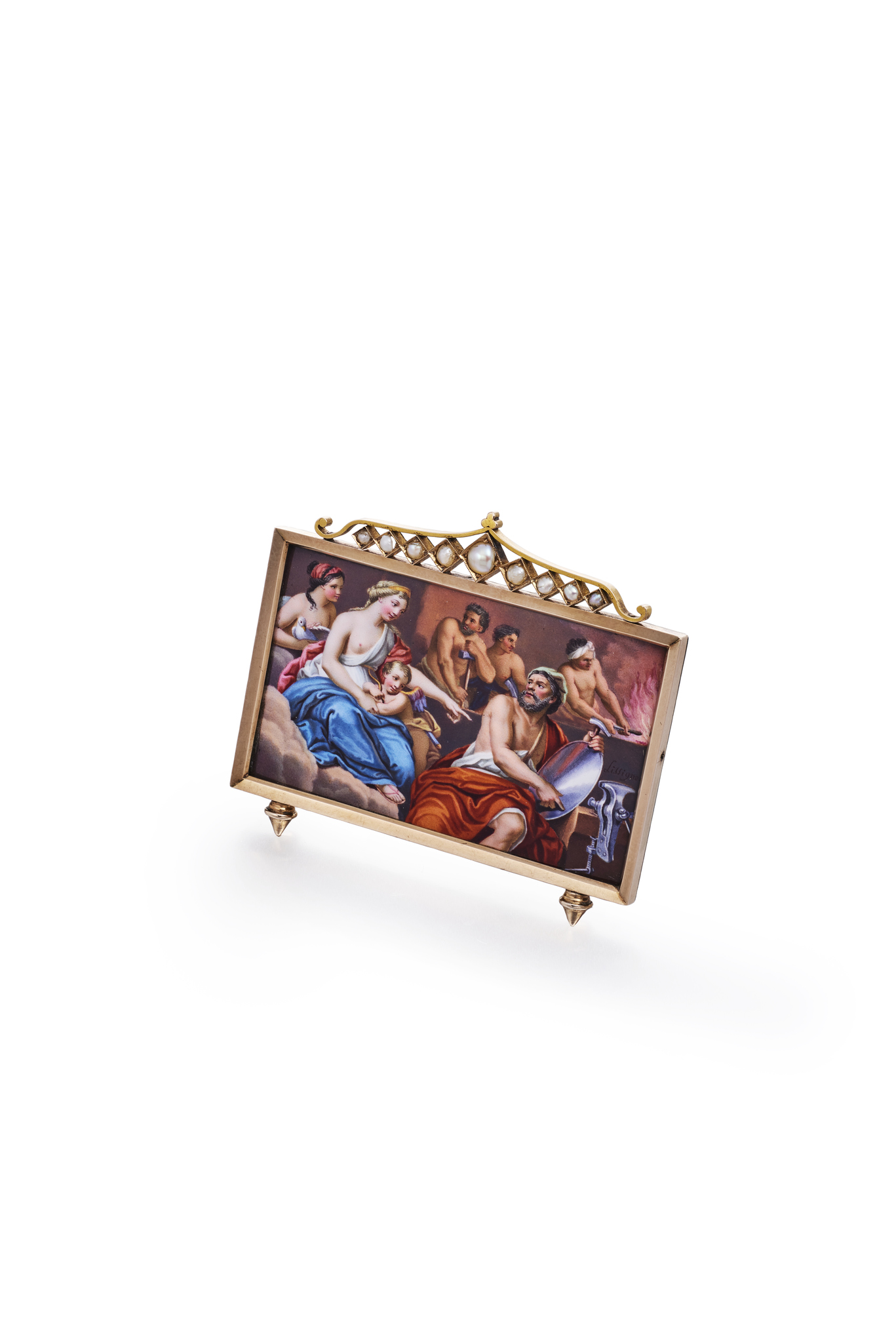 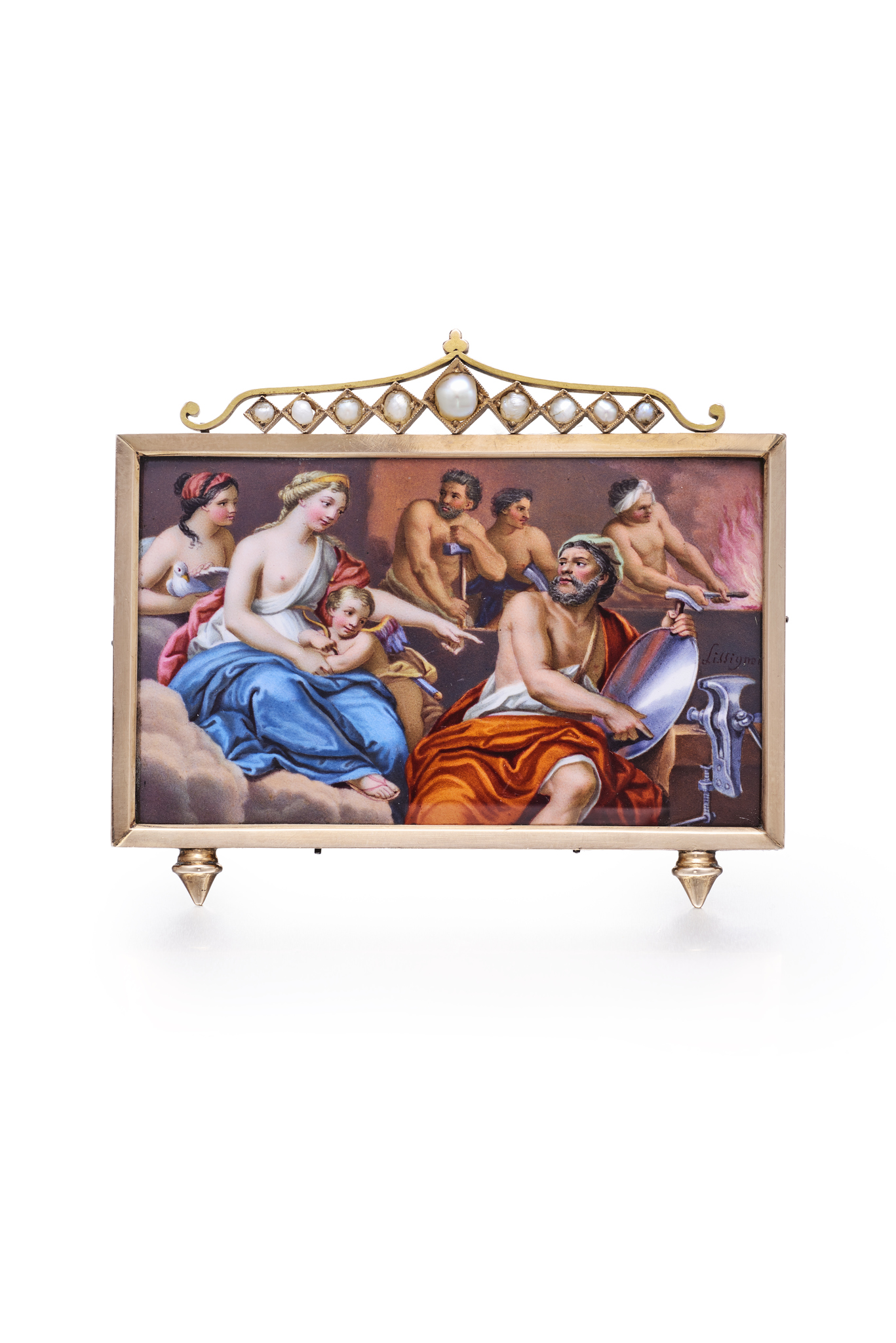 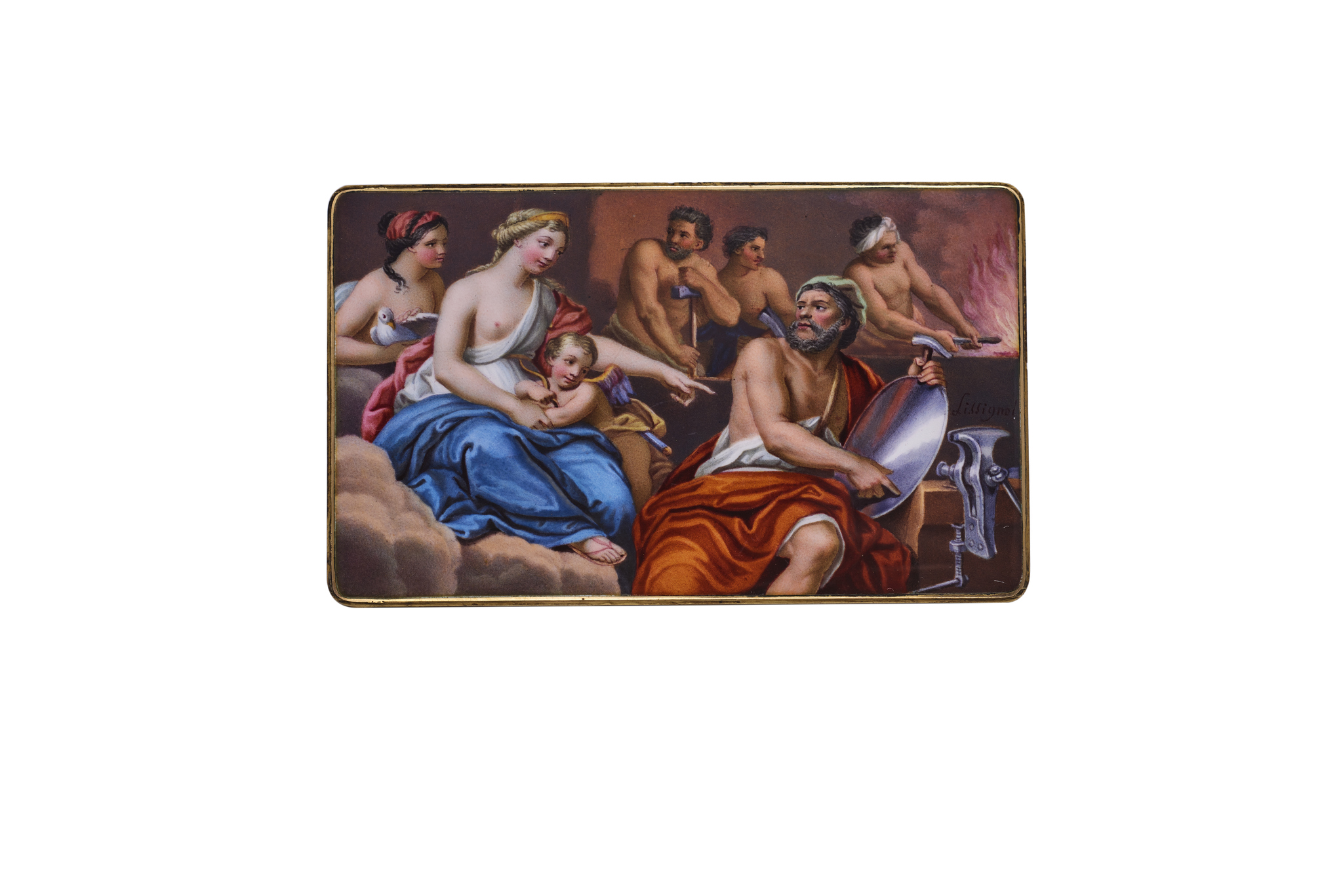 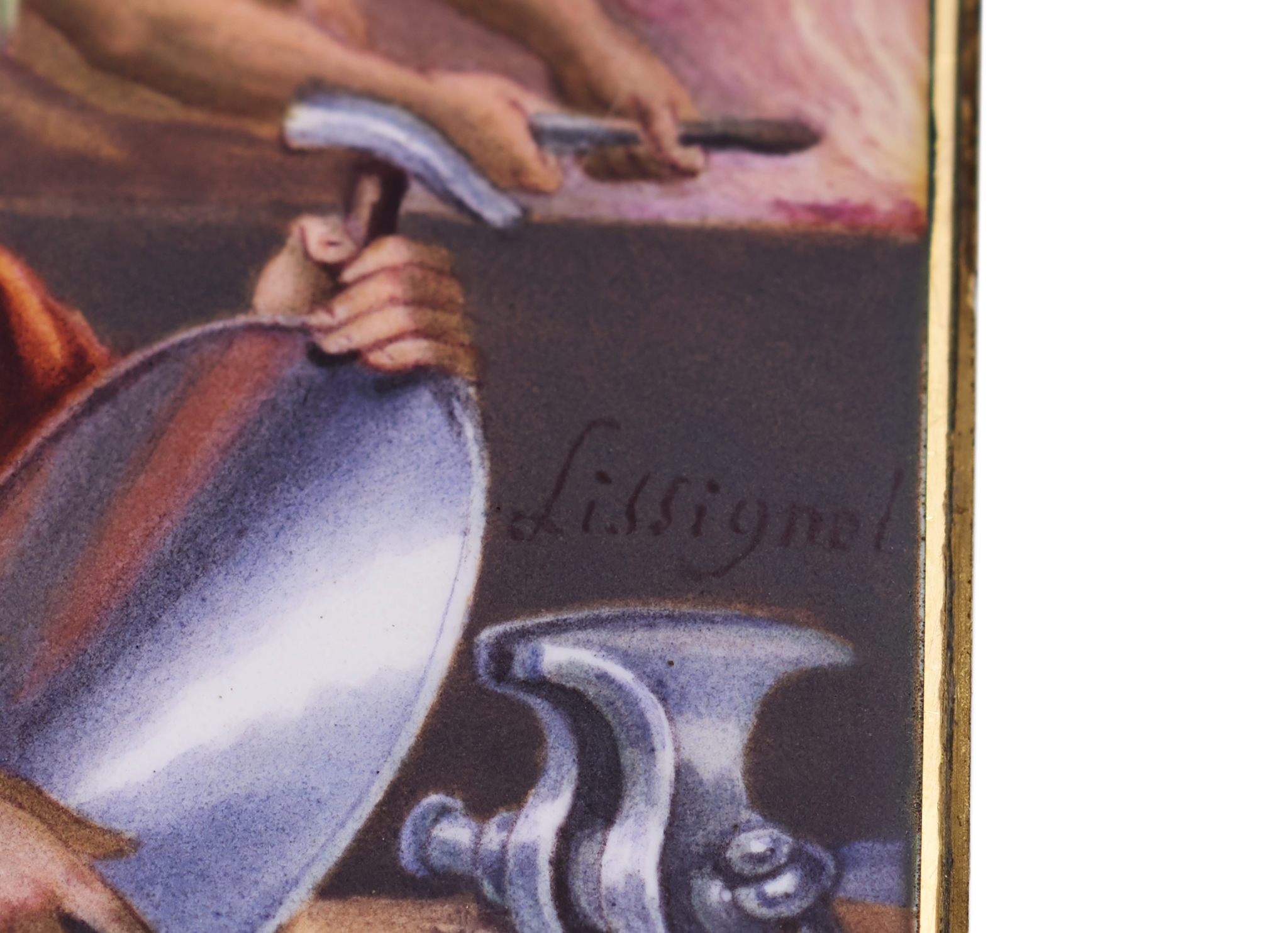 The painting of de Boullogne (H. 152 cm. / L. 172 cm.) who was kept since the beginning of the 19th century in a French noble family was presented at auction by Sotheby’s, Paris, June 25, 2003, lot 17 (sold for the amount of ? 156 375.-), and then by Sotheby’s, New York, January 30, 2014, lot 118 (sold for the amount of US$ 173 000.-); it’s today in a private collection. The engraving of Desplaces is issue from the series of Louis de Boullogne’s “Les Quatre Eléments” (The Four Elements), “Le Feu”, “L’Air”, “L’Eau” and “La Terre” (Fire, Air, Water and Earth), of which the three other subjects were engraved by Charles Dupuis (1685- 1742). Versions of these four engravings are now preserved in Paris, Le Louvre Musem (Inv. 869). Venus commanding Vulcan to make arms for Aeneas Angry with Vulcan (Hephaistos), her husband, because he humiliated her before the other Gods (because of her adventure with Mars), Venus broke all ties with him for seven years. However, when her son Aeneas, the fruit of other adulterous love, is in danger, it’s as a mother carried by her protective instinct that she acts this time. She doesn’t hesitate to reconnect with Vulcan in the hope that he forges arms for the latter in anticipation of the fight that will oppose Turnus. Conscious of her attraction, she charms again her husband who accepts his request in exchange for his love. Lissignol, Jean-Abraham Geneva, May 1749 ?? Geneva, Plainpalais, June 28, 1819 One of the best enamel painters of the later part of the 18th century, he was the pupil of Jean-Marc Roux and later became his partner. He specialised in decorating enamelled snuff-boxes and watch-cases, working for Jaquet-Droz, Leschot, the Rochat brothers, and John Rich. Cabinet miniature From the 15th century, among art connoisseurs, appear with “cabinets of curiosities” (studiolo in Italy or Kunst- und Wunderkammern in the German world), “cabinet paintings” and “cabinet miniatures”. These are covers of large paintings or original creations adapted to the “small” format, to be exhibited in the living rooms or offices of large homes or kept in furniture called “cabinet”. With the birth of enamel painting circa 1630, artists found a new medium to make these little masterpieces. In Geneva, at the end of the 17th century and in the first half of the 18th century, goldsmiths, enamellers and enamel painters, often from Huguenot families from Orléanais, Touraine or Poitou, work to create cases and dials for watches, snuff-boxes or cabinet miniatures; we can mention the names of Huaud (or Huaut), Mussard and André, which contribute decisively to the birth and development of enamel painting in Geneva.