"UNTITLED" 1974 Oil on canvas, triptych executed in 1974. Dimensions: 44 cm.x 22 cm. The authenticity of the works has been confirmed by YSEULT RIOPELLE, Montréal. This work will be included in the forthcoming Jean-Paul Riopelle Catalogue Raisonné number 5, 1972 - 1979, being prepared by Madame Yseult Riopelle. Provenance: The actual vendor received the painting as a wedding gift in 1974 directly by the artist. Huile sur toile, triptyque exécuté en 1974. 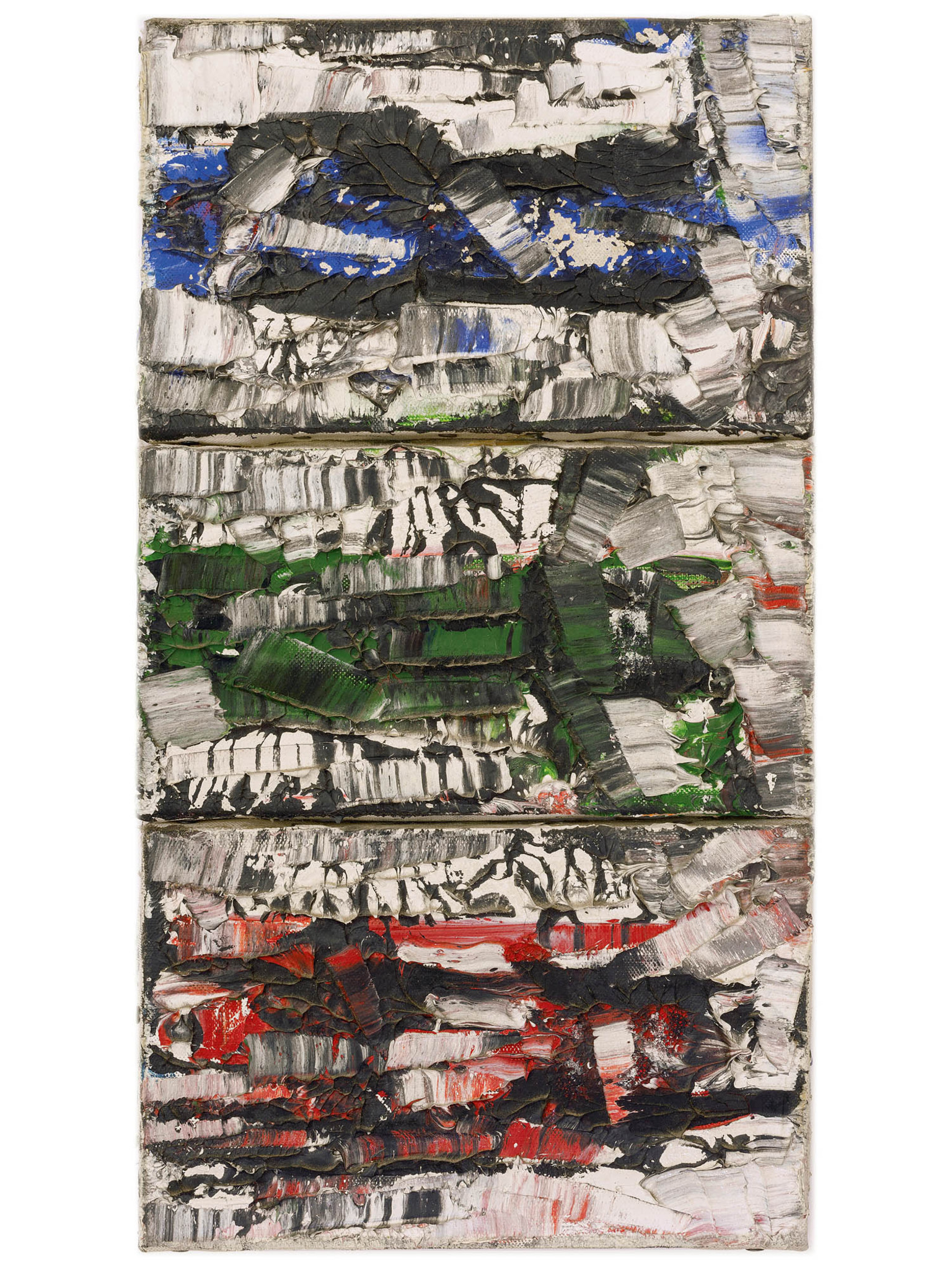 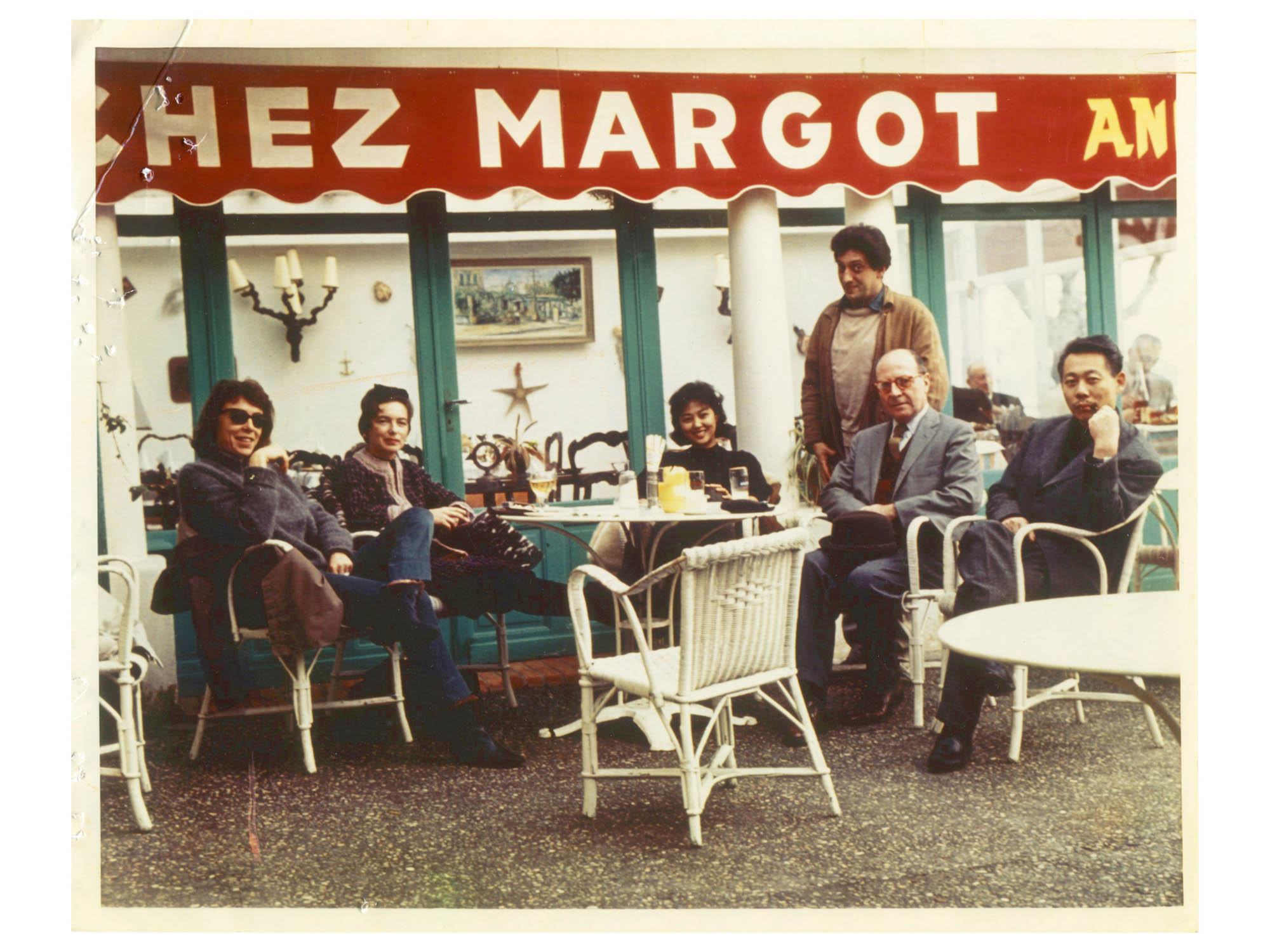 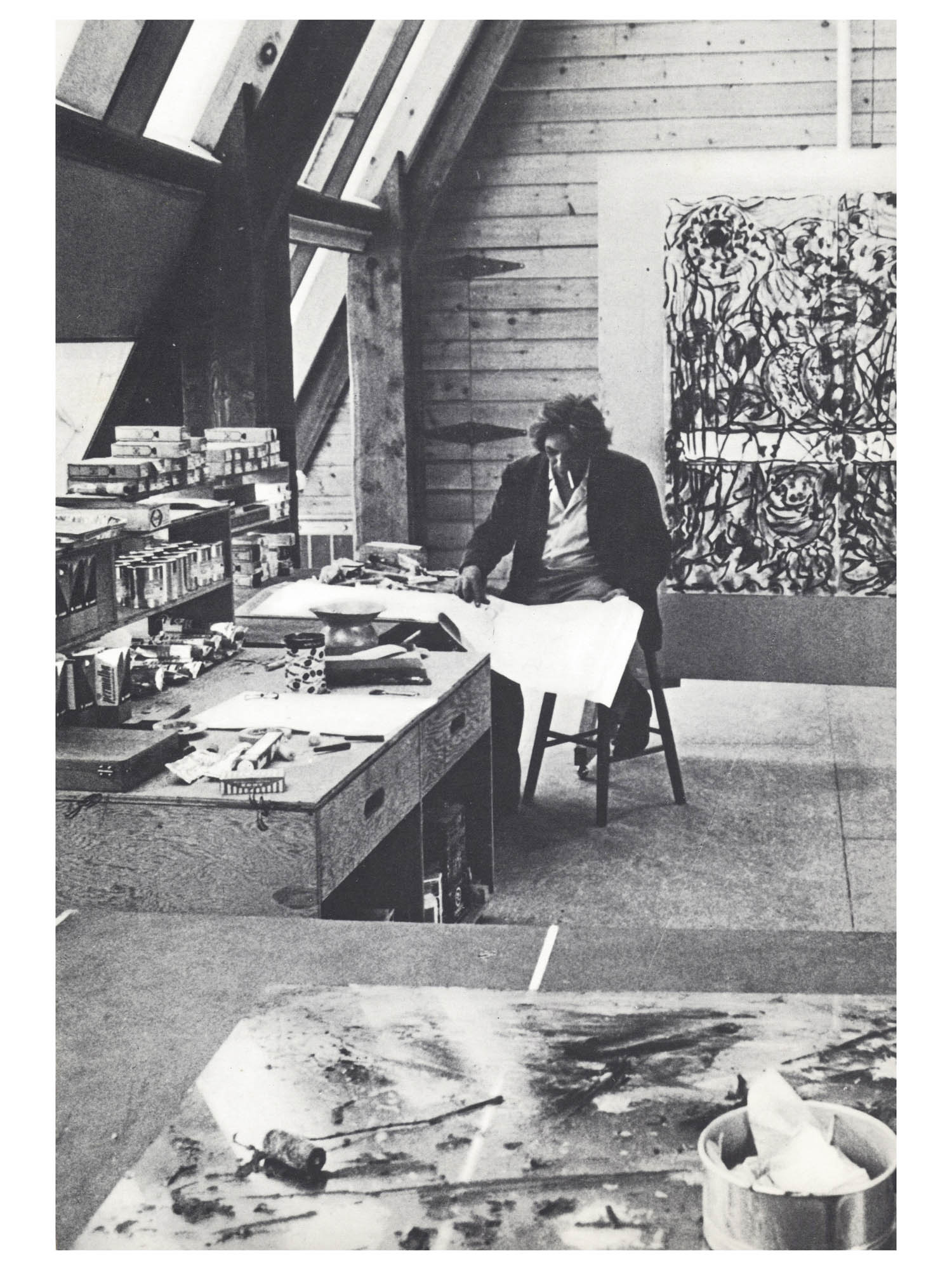 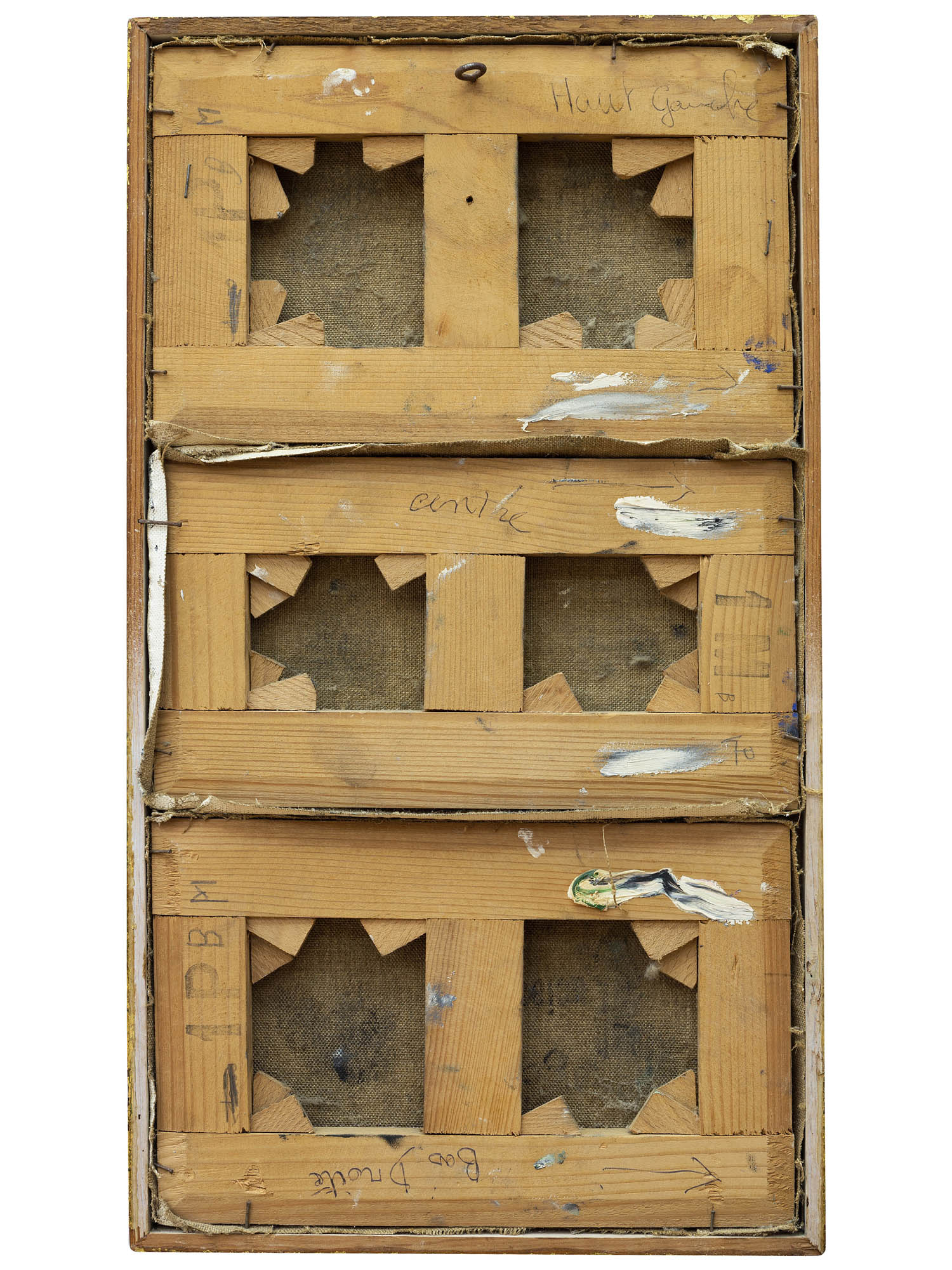 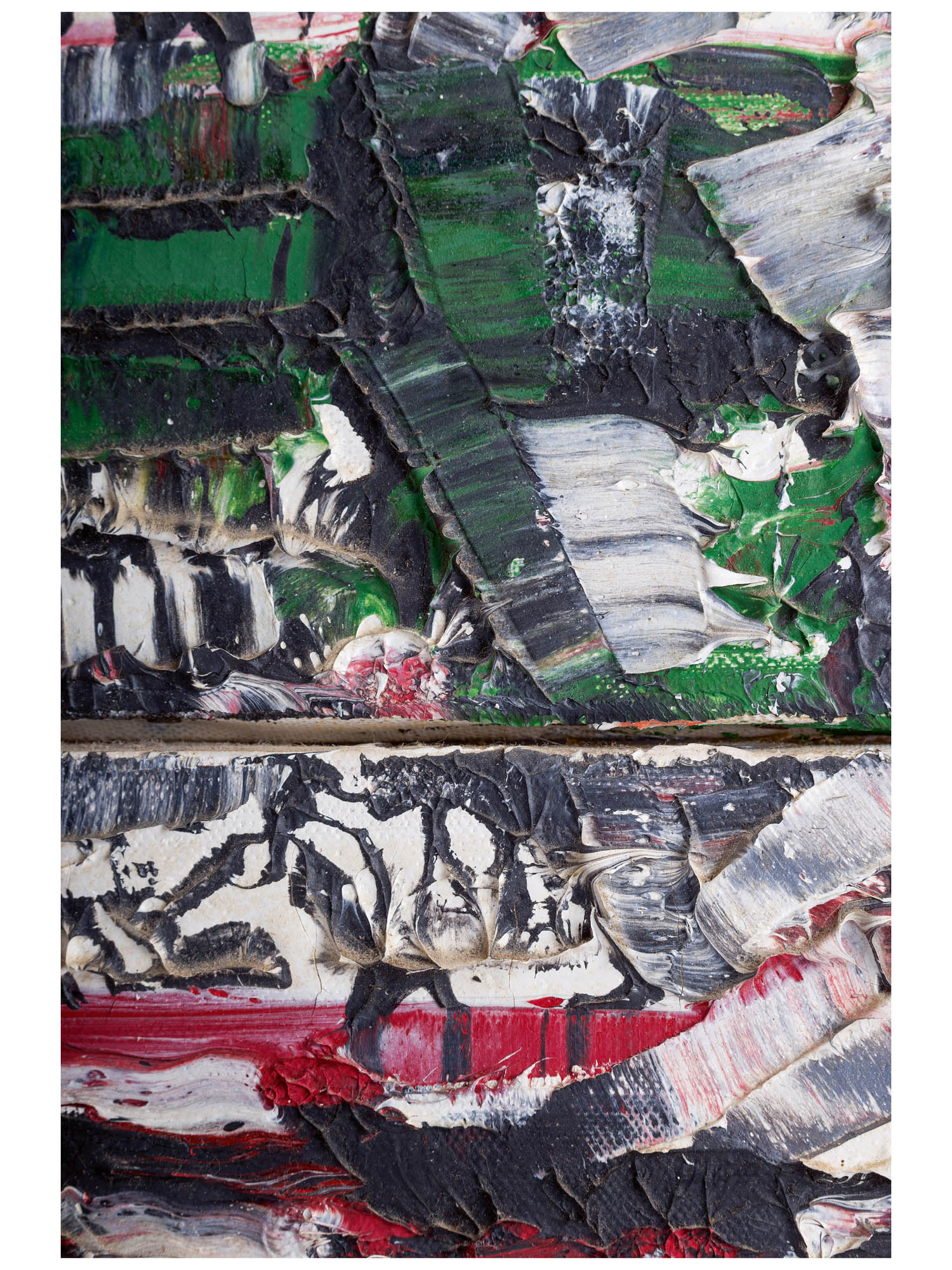 L'authenticité de cette oeuvre a été confirmée par YSEULT RIOPELLE, Montréal. Ce travail sera inclus dans le prochain Catalogue Raisonné "Jean-Paul Riopelle No 5, de 1972-1979", en cours de préparation par Madame Yseult Riopelle. Provenance : Le vendeur a reçu le tableau en cadeau de mariage en 1974 directement par l'artiste avec qui elle était amie. SPECIAL PRESENT FOR A SPECIAL OCCASION... The actual owner received the painting directly from the artist as a wedding gift, in 1974. The Artist realized this painting especiallyfor this occasion "the painting was just dry when he offered it tome", said the actual owner. It would be the first painting realisedvertically according to Yseult Riopelle. There is no signature, "every time I signed a canvas, I felt silly", said Riopelle in the"Conversation" from 1992. "You don't stop the evolution, thedevelopment of a canvas by signing it. The canvas belongs toitself, it's its own, not the painter's." For Riopelle painting was a real engagement. He wanted to become an engineer, an automobile mechanic buthe became a painter. Canadian artist, he moved to Paris in 1946. When he arrived in Paris, Riopelle quickly formed connectionswith the Surrealist set because of his affinity with the movement, which he had discovered in Canada and because he met Andre Breton (leader of Surrealism) in 1949. However, Riopelle soon became dissatisfied with this singleapproach and he started to paint more in abstraction mood. Itwas a historical period for abstract expressionism at the sametime of Jackson Pollock, Willem de Kooning, Mark RothkoA... That same year, he also met the critic and poet, Georges Duthuit, who admired his work and would write the very first text abouthis painting. This text, which was translated into English bySamuel Beckett, opened the doors of the international art sceneto Riopelle, and in particular in New York. Moreover, Duthuit was none other than the son-in-law of Henri Matisse, and, through him, would introduce Riopelle to PierreMatisse, art dealer in NY of the most important names in art ofthe 20th century, in photo below in le "Café Margot", with the famous painter Zao Wou-ki and his wife, Joan Mitchell the artist and partner from 1955 to 1979 of Riopelle. Riopelle used a knife to put the painting literally on the canvasand create his powerful abstract. He used in the same time 3 or4 tubes of different colors and directly applied to the canvas. "Ihave never wanted to paint thickly, paint tubes are much tooexpensive! But the painting has to be done. When I learn how to paint better, I will paint less thickly!" Influenced by nature and landscape, you really feel in front of alandscape, but you didn't know on which landscape you are. You have to guess, it's your own project and interpretation!