21K yellow gold and enamel, open-face, key-winding, “Bassine”- shaped, pocket watch. Polychrome dial with Roman numerals and, in the centre, a scene showing Diana, the Roman goddess of the hunt, the Moon and nature, who after going down to earth, looks at Acteon, a sleeping young hunter, kisses her and falls in love with him (after Ovid’s Metamorphoses), unless it is the story of Diana and Endymion the shepherd; single diamond-set silver hand. Case-back painted on enamel on gold showing a young woman who makes drink a young warrior, using an ewer, so that he can refresh himself, … unless it is wine in order to inebriate him, signed “Huaud / le puis né / fecit”, by Jean-Pierre Huaud (1655-1723), Geneva. Inside the case-back, a scene that can be inspired by an engraving of Gabriel Perelle (1603-1677). 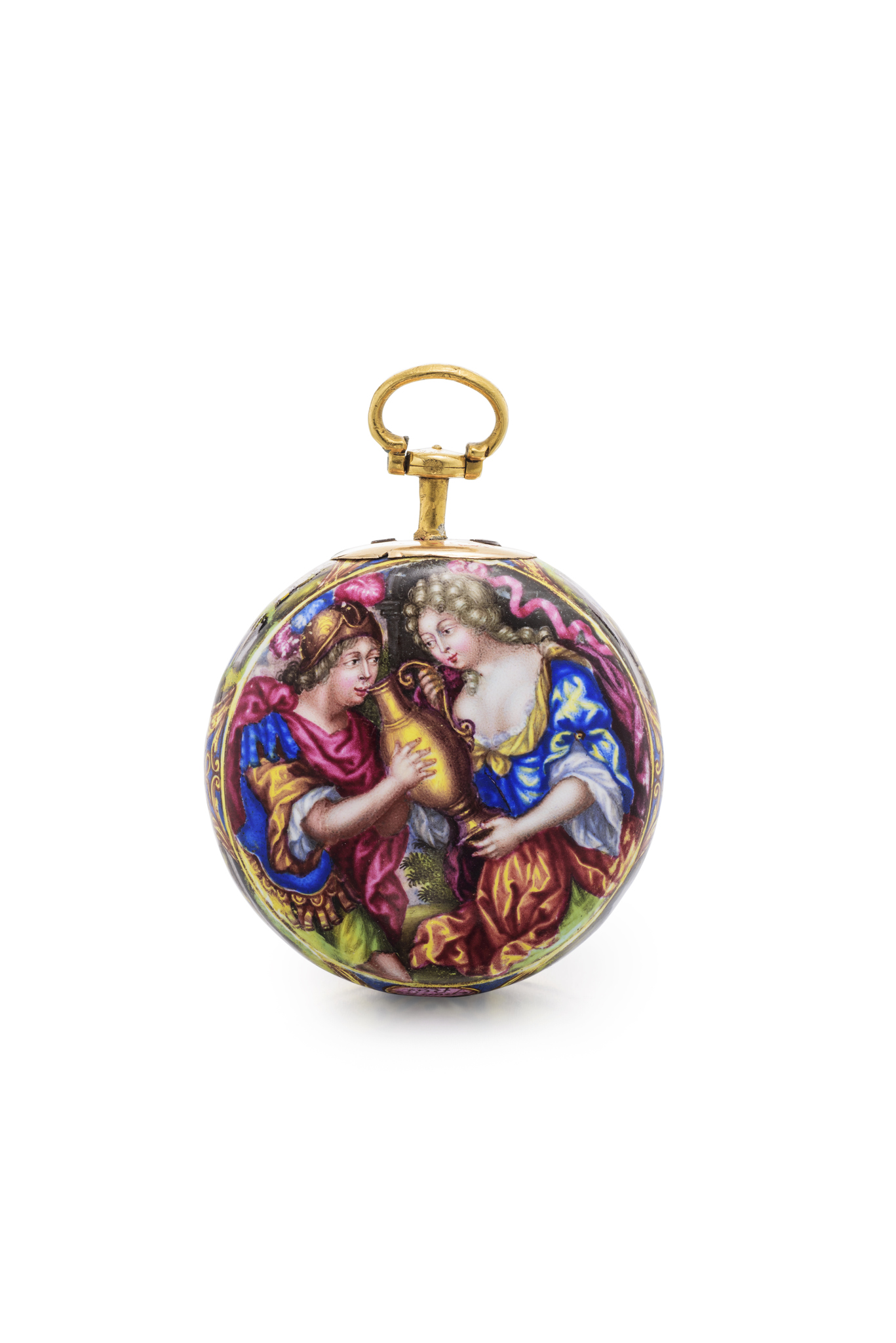 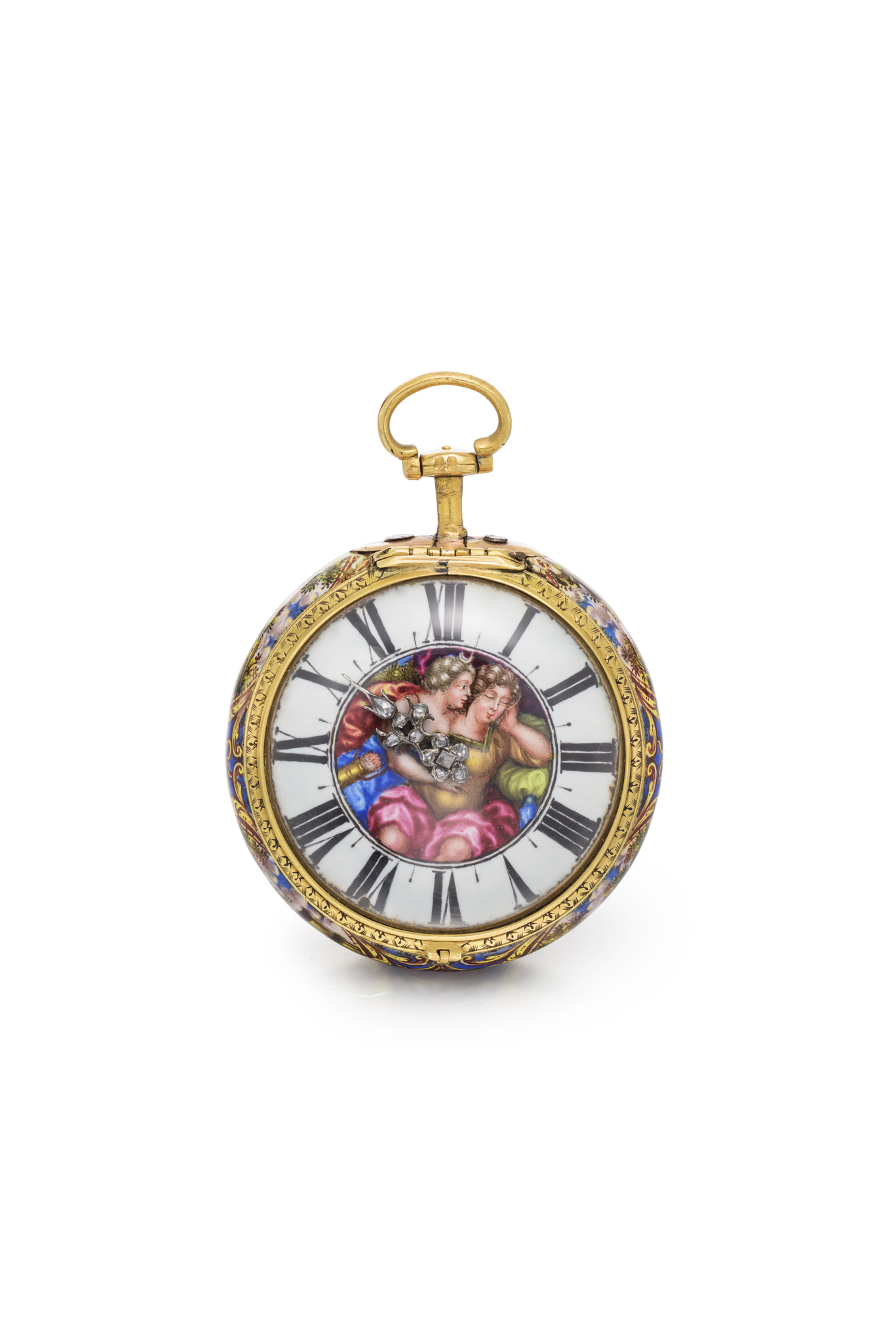 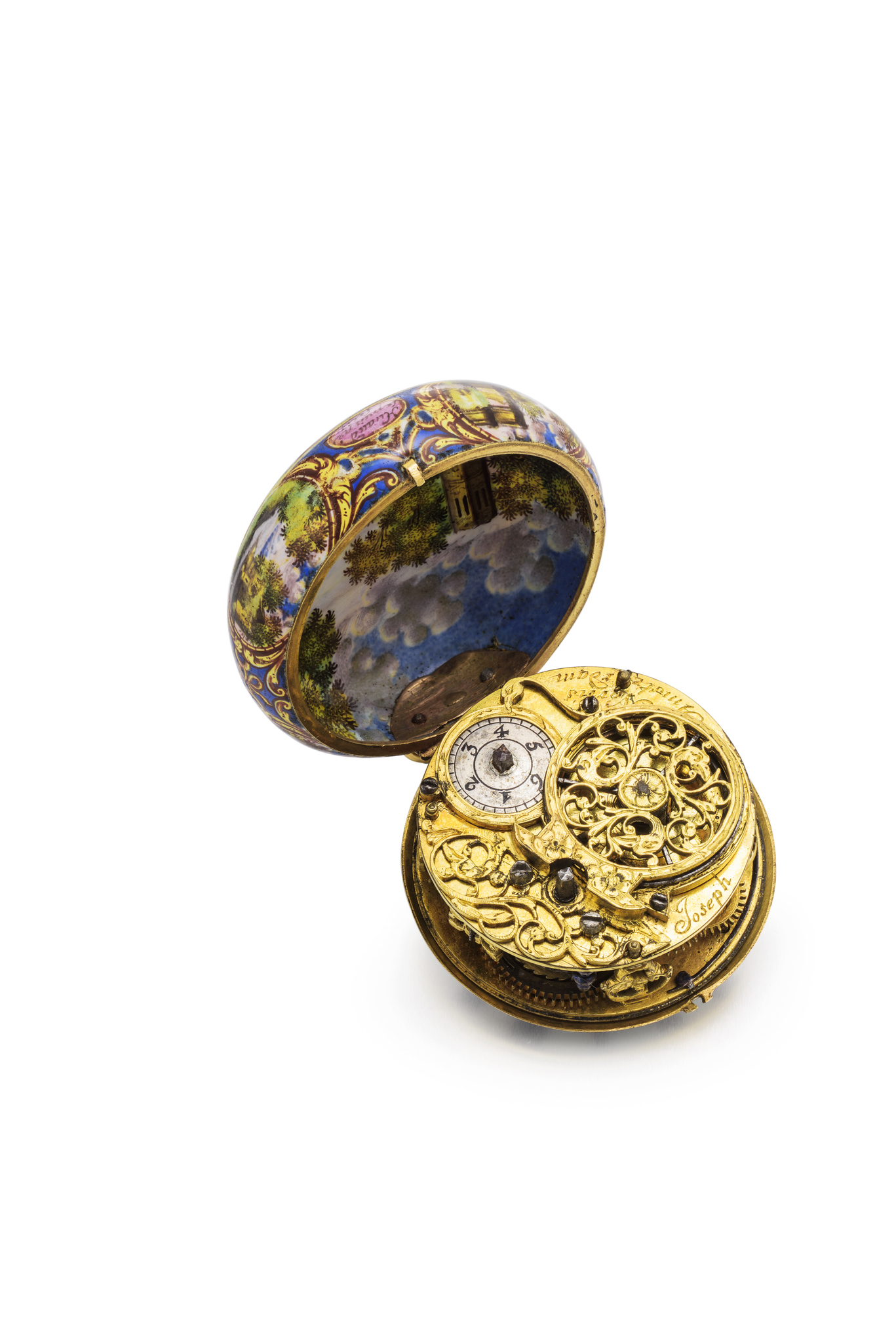 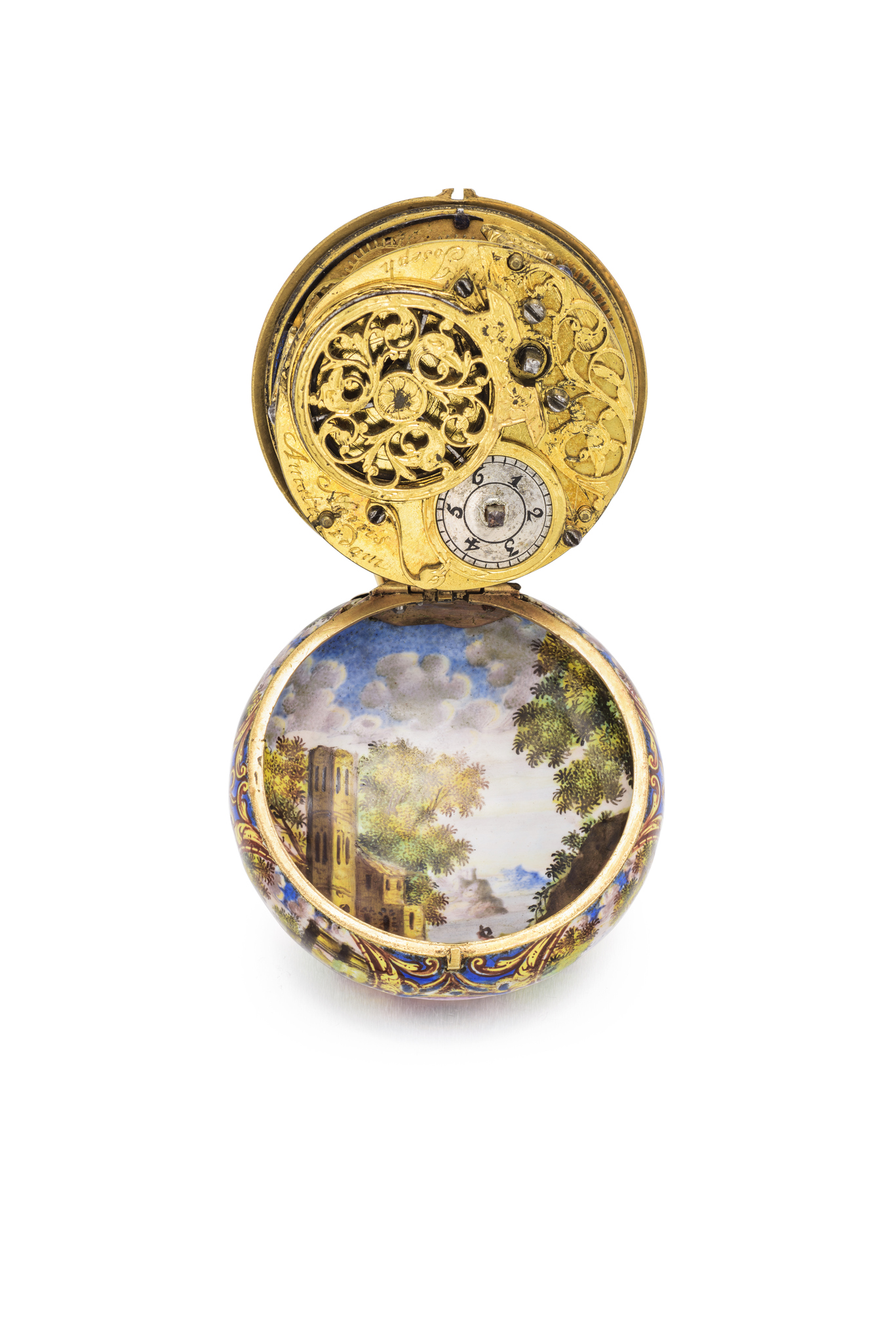 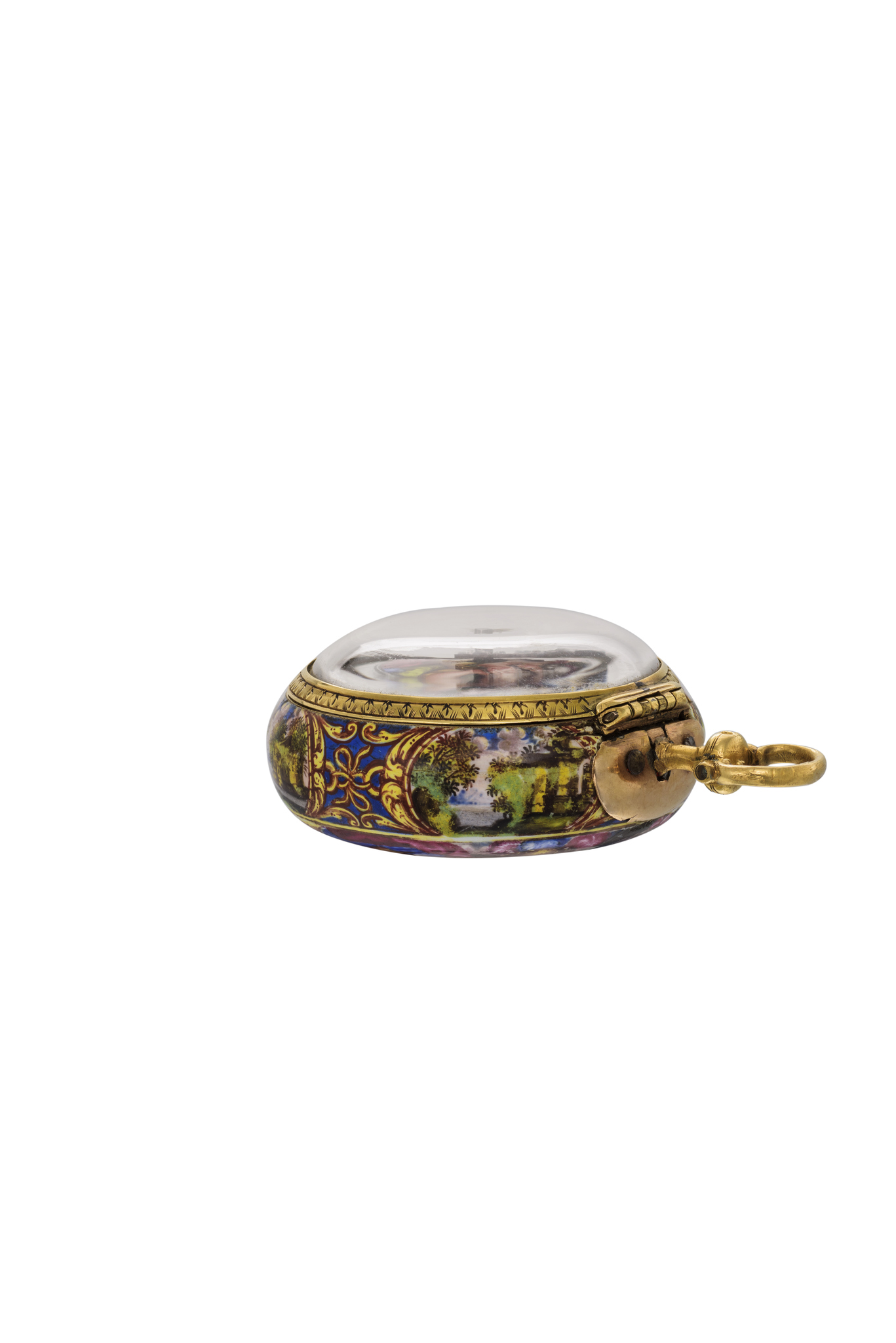 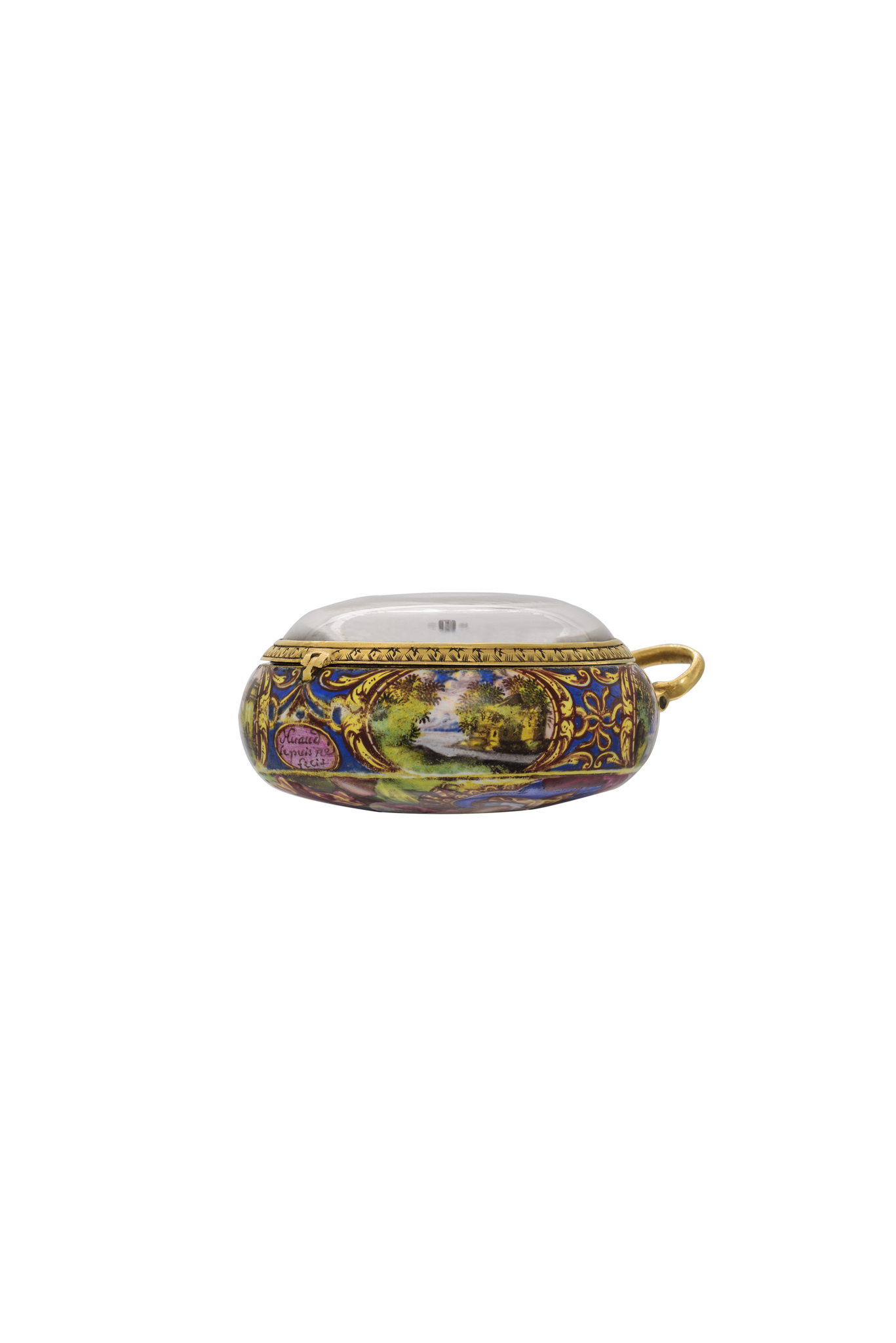 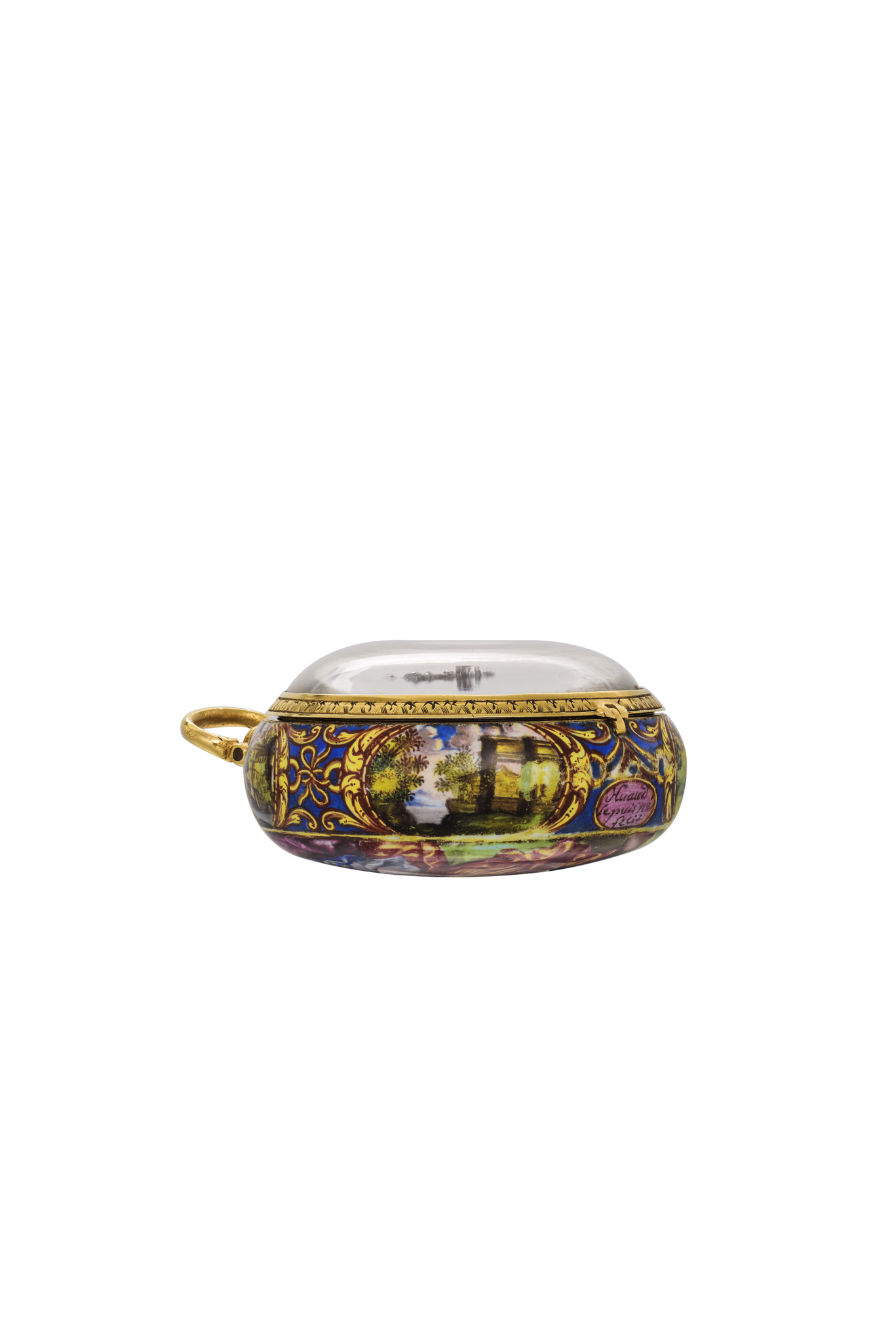