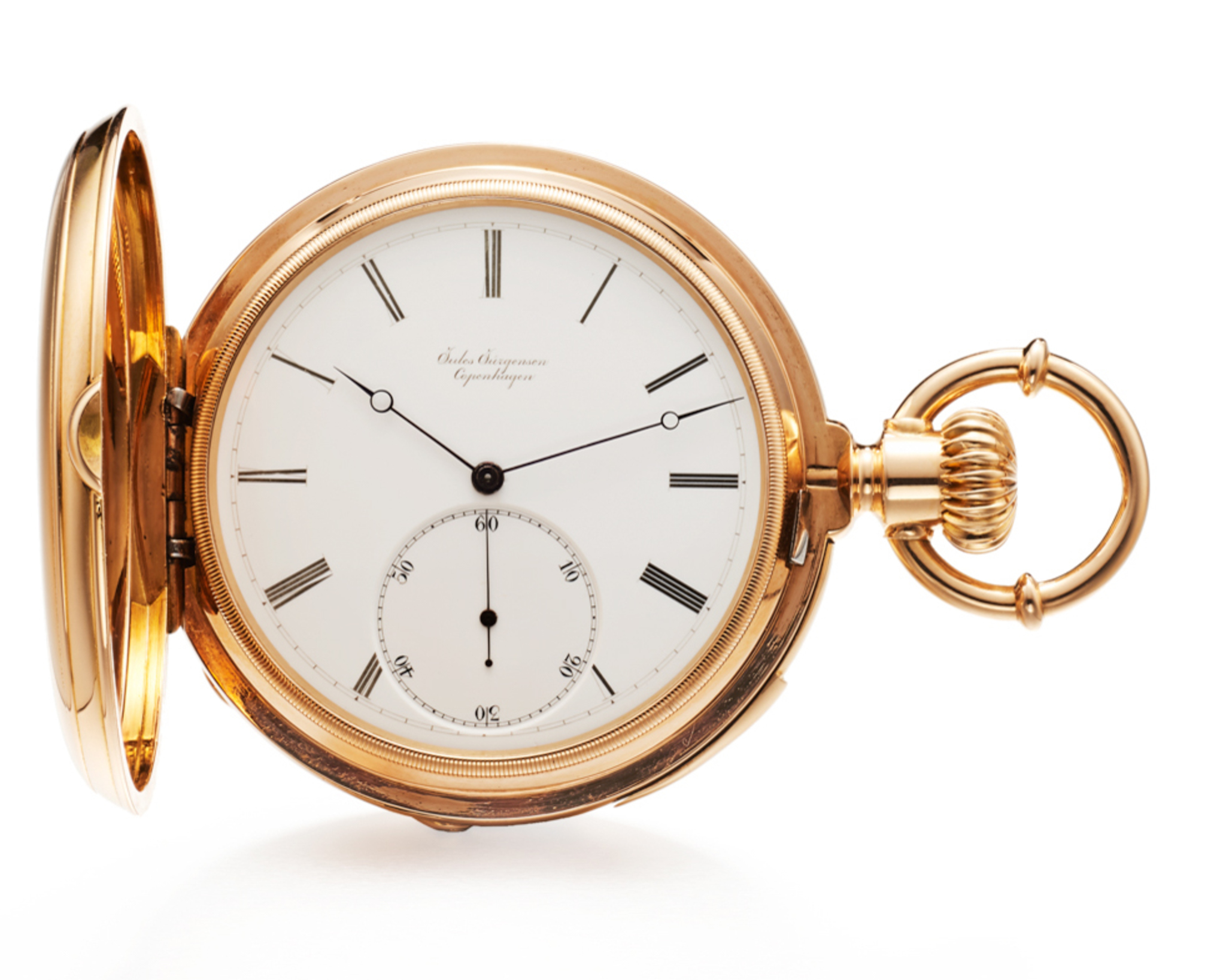 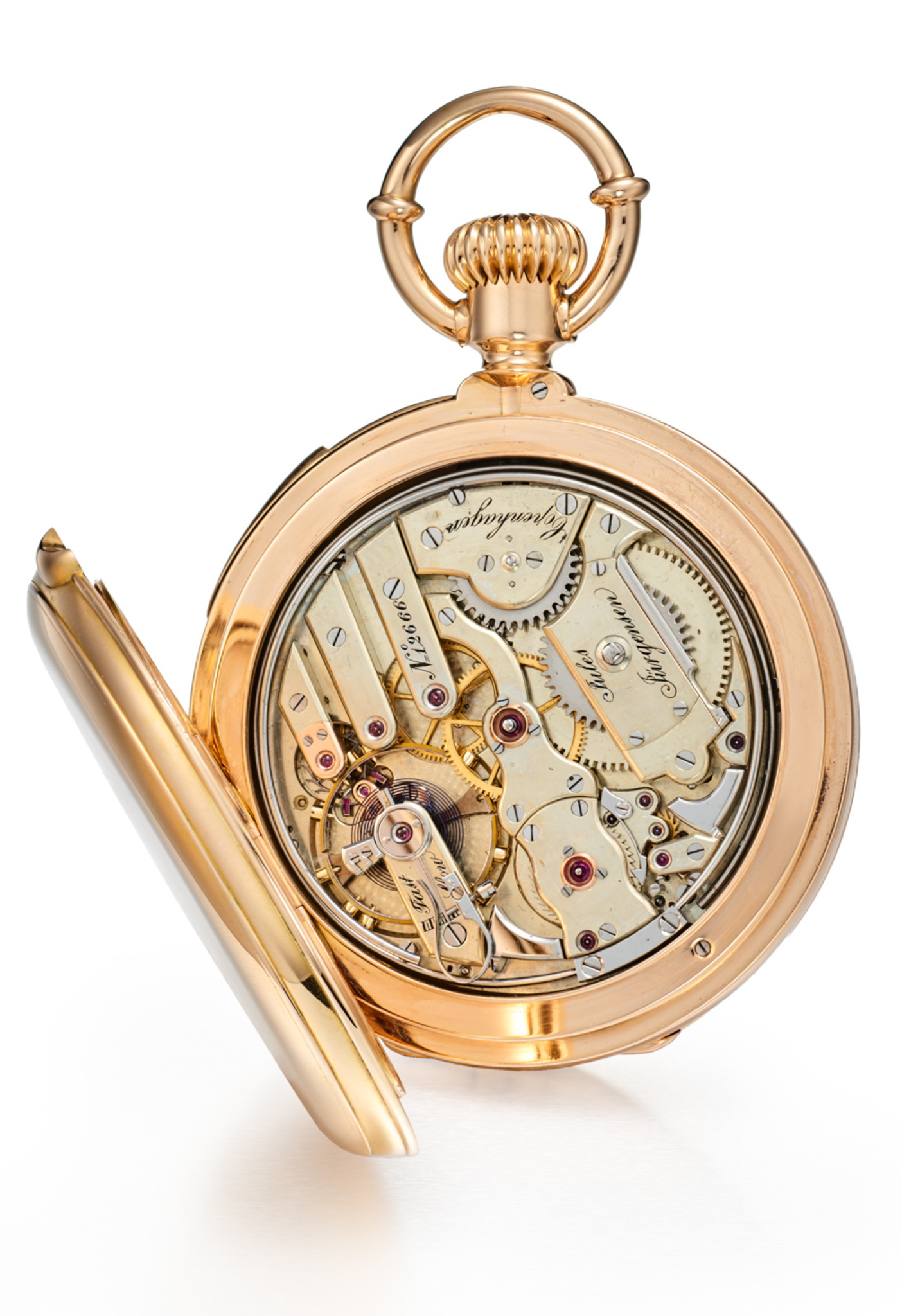 Accessories Copy of the invention patent; copy of the Manufacture book

Jules Jürgensen’s patented hand-setting
For setting the hands, throw up the glass cover and turn the pendant bow close down upon the glass. In this position the winding crown sets the hands. In all other positions the crown winds as usual.

Jules Jürgensen’s Manufacture books
Part of Jules Jürgensen’s production books are now kept at the horological museum of the Château des Monts in Le Locle.
The page concerning the watch No. 12 666 gives us the name of all
the craftsmen who contributed to the realization of this watch, whose final production cost amounts to 1 066.45 Francs. It is found that the ebauche of the movement with its patented keyless-winding mechanism cost 285 Francs while the gold case cost 362.50 Francs.