Gilded brass and wood, falling ball-shaped timepiece to be suspended from a wall display. The globe representing an outline map of the World engraved with the continents. The gilded brass terrestrial sphere with revolving horizontal chapter ring; the time read against a fleur-de-lys. The gilded brass plate on the wall display engraved with the bust of Sir Francis Drake (c.1540-1596) and his motto “Sic parvis magna” (Greatness from small beginnings) and “Auxilio divino” (By divine aid). 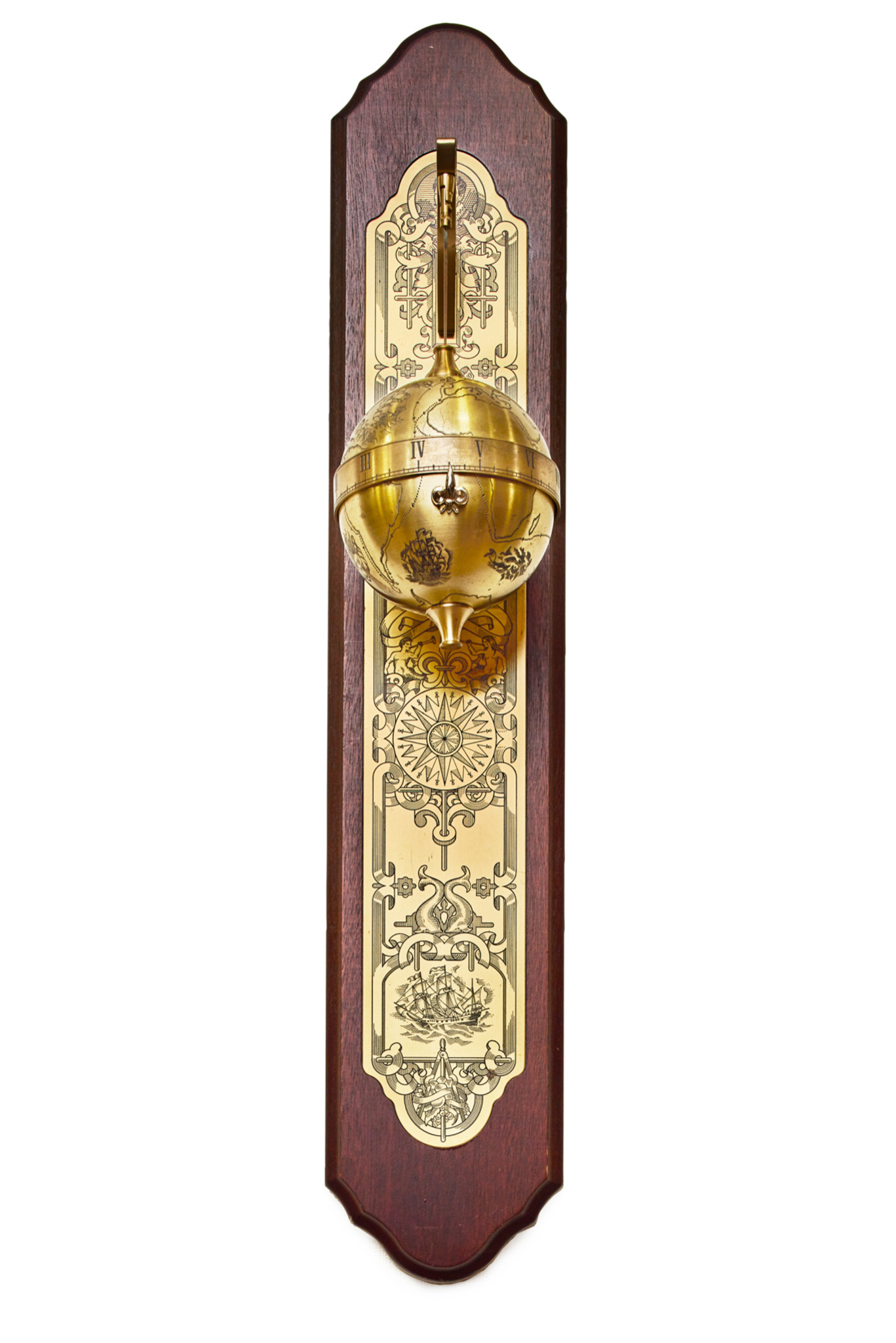 Falling ball timepiece
This clock is based on falling ball-clock from the late-16th and early-17th centuries, that at the time involved a movement driven by the weight inside the ball (who works thanks to Earth’s gravity like all clocks driving by weight). Here this weight is replaced by a ribbon which unroll thanks to Earth’s gravity; the movement is thus constructed as if it were with a spring in a barrel. This type of clock was re-built at the turn of the 19th and 20th centuries by watchmakers as Mathieu Planchon (1842- 1921), a prolific French watchmaker and horological historian in Paris, and in the 1970-1980’s by Thwaites & Reed Ltd. in London.
“Sic parvis magna” (Greatness from small beginnings)
Commonly known as a phrase from Francis Drake (c.1540-1596), English sea captain, privateer, slave trader, naval officer and explorer. Drake carried out the second circumnavigation of the world in a single expedition, from 1577 to 1580, and was the first to complete the voyage as captain while leading the expedition throughout the entire circumnavigation. Sir Francis Drake was knighted by Elisabeth (1533-1603), Queen of England and Ireland (1558-1603), and given a ring inscribed with the motto “Sic Parvis Magna” on the outside of it.