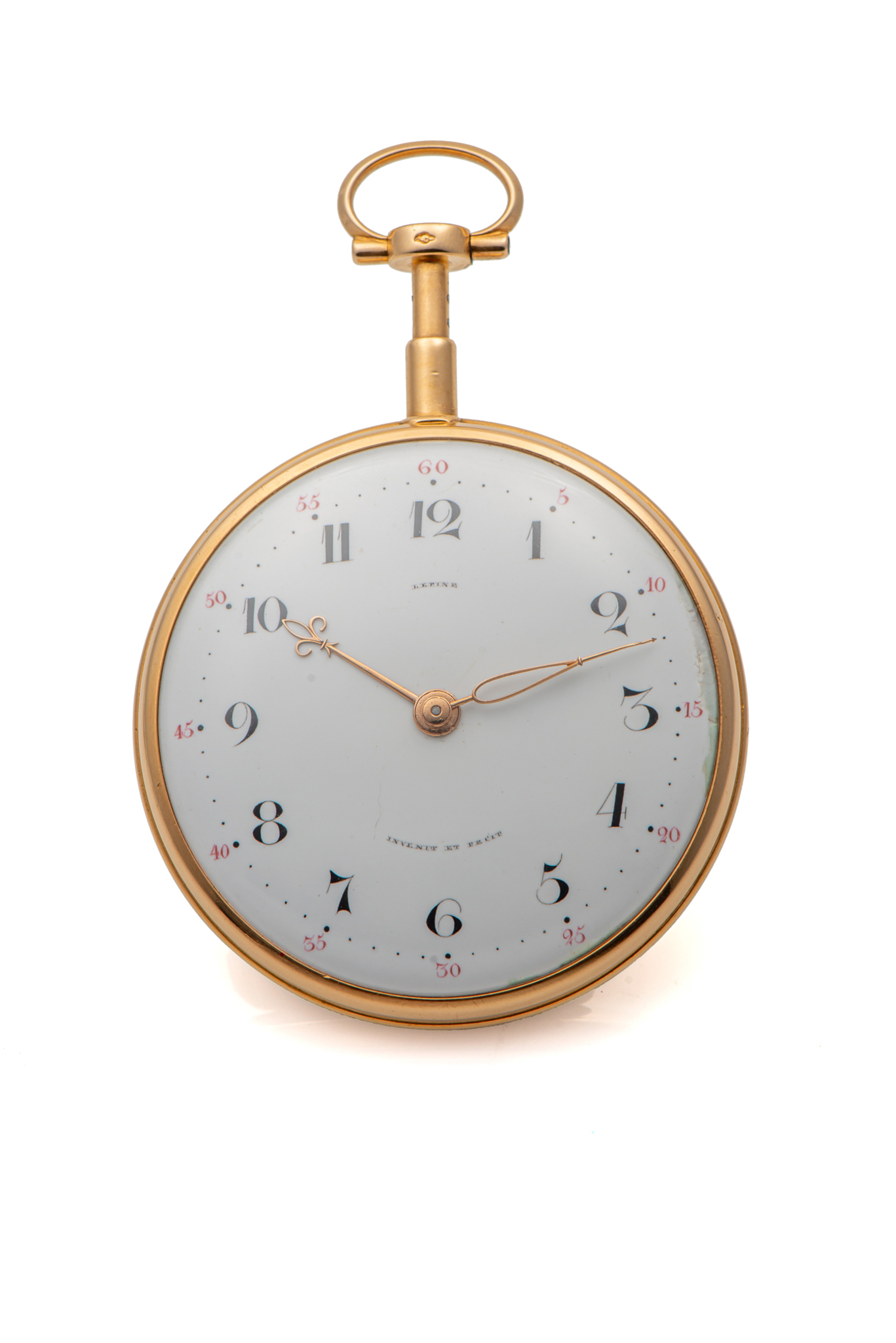 The present watch is a very good example of Jean-Antoine Lépine’s work. The case with
fixed bezel, the back opening by twisting the pendant, the distinctive form of Arabic numerals (which were to become fashionable until the Empire, and were used during the same period by Breguet), and the gold fleur-de-lys hands are typical of Lépine’s style. The movement illustrates all the characteristics associated with Lépine’s work and is identical to that chosen by Moinet to illustrate his book Nouveau Traité d’Horlogerie, plate 10. According to A. Chapiro, Jean-Antoine Lepine, Horloger, Editions de L’Amateur, Lépine made his first watches with wolf’s tooth trains in 1771, but it is mainly between 1787 and 1789 that Lépine used the wolf’s tooth train for watches numbered between 5200 and 5711. The present lot was previously sold by Antiquorum Hong Kong, on June 10, 1997, lot 404. For a biography of Lépine, see lot 34.