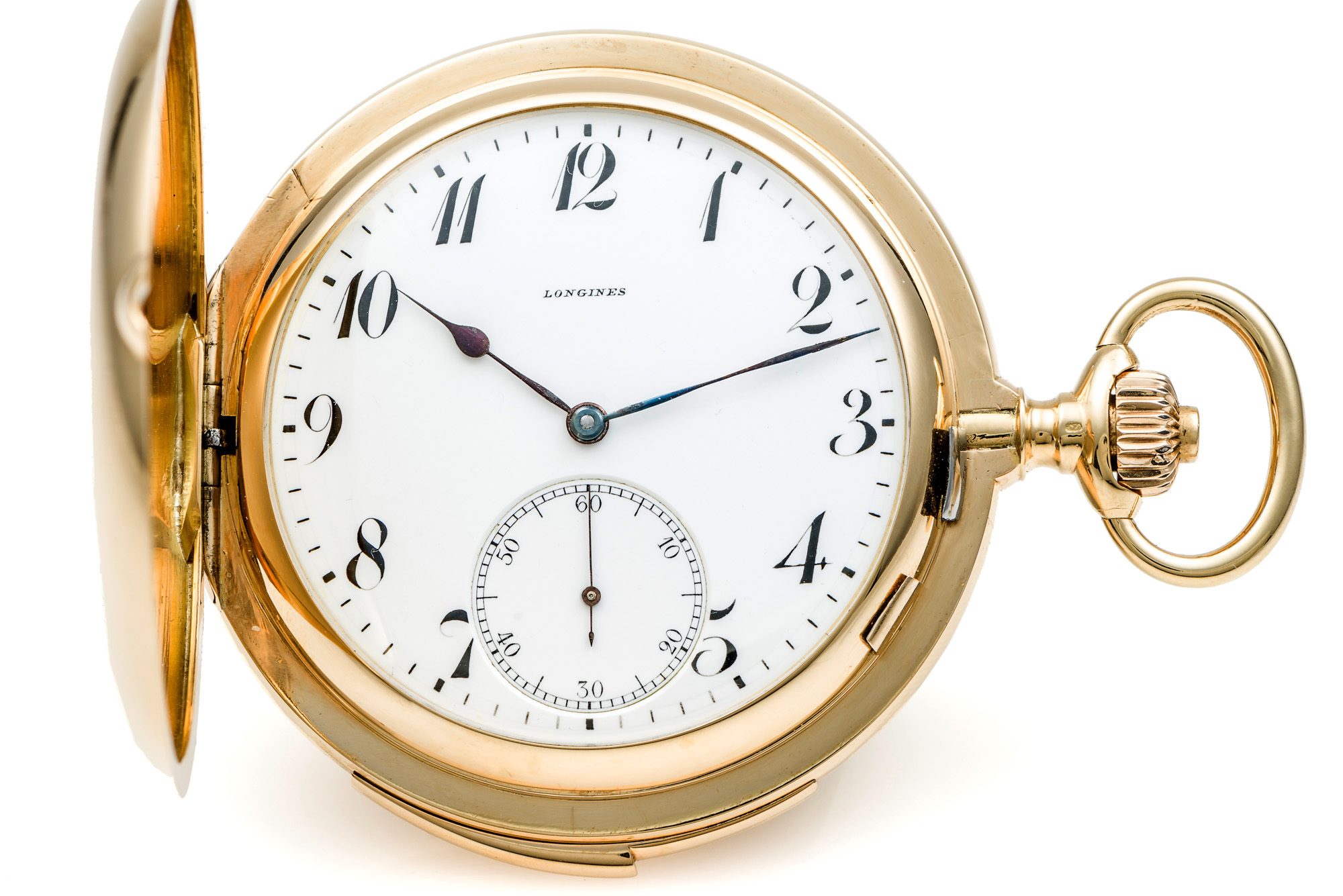 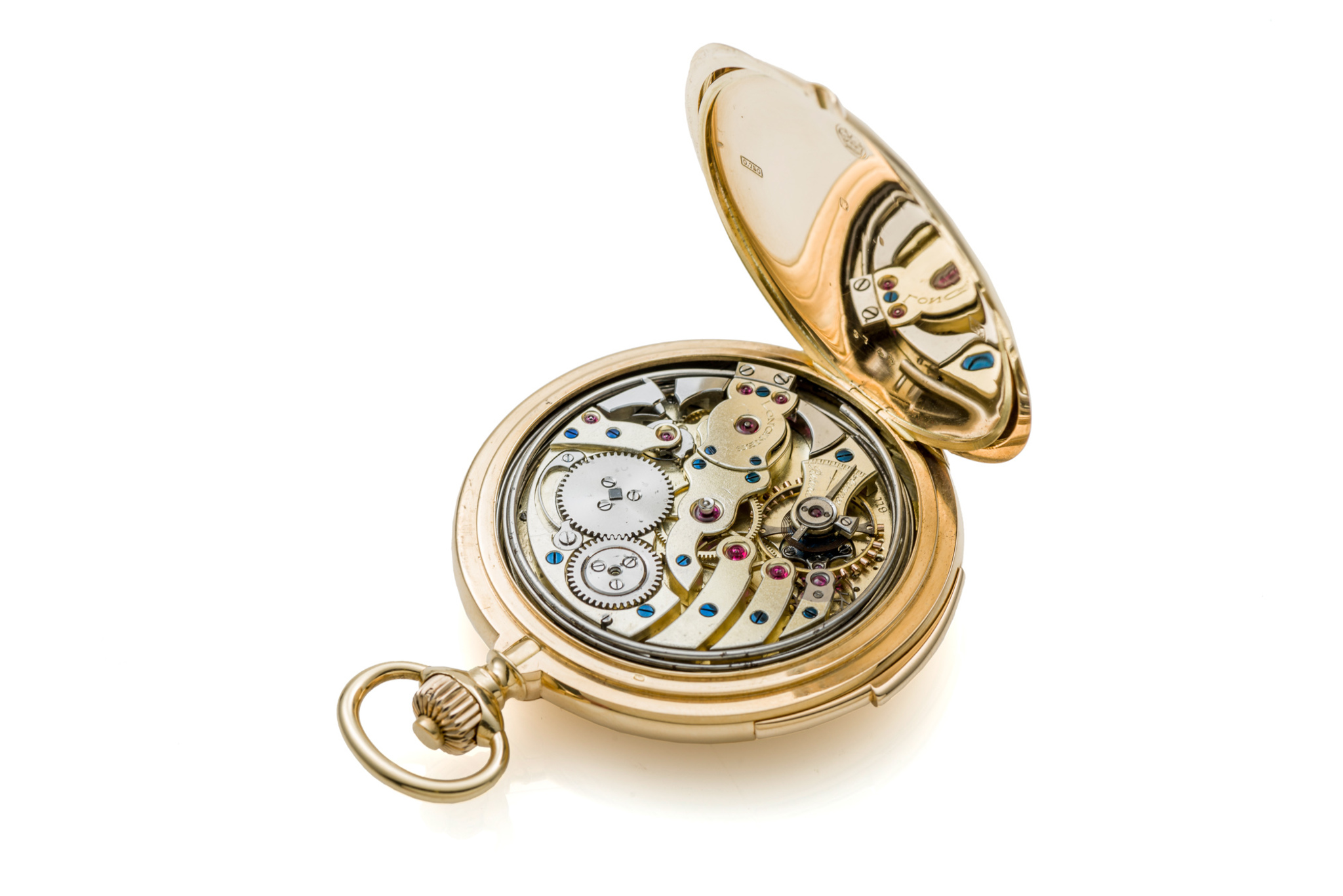 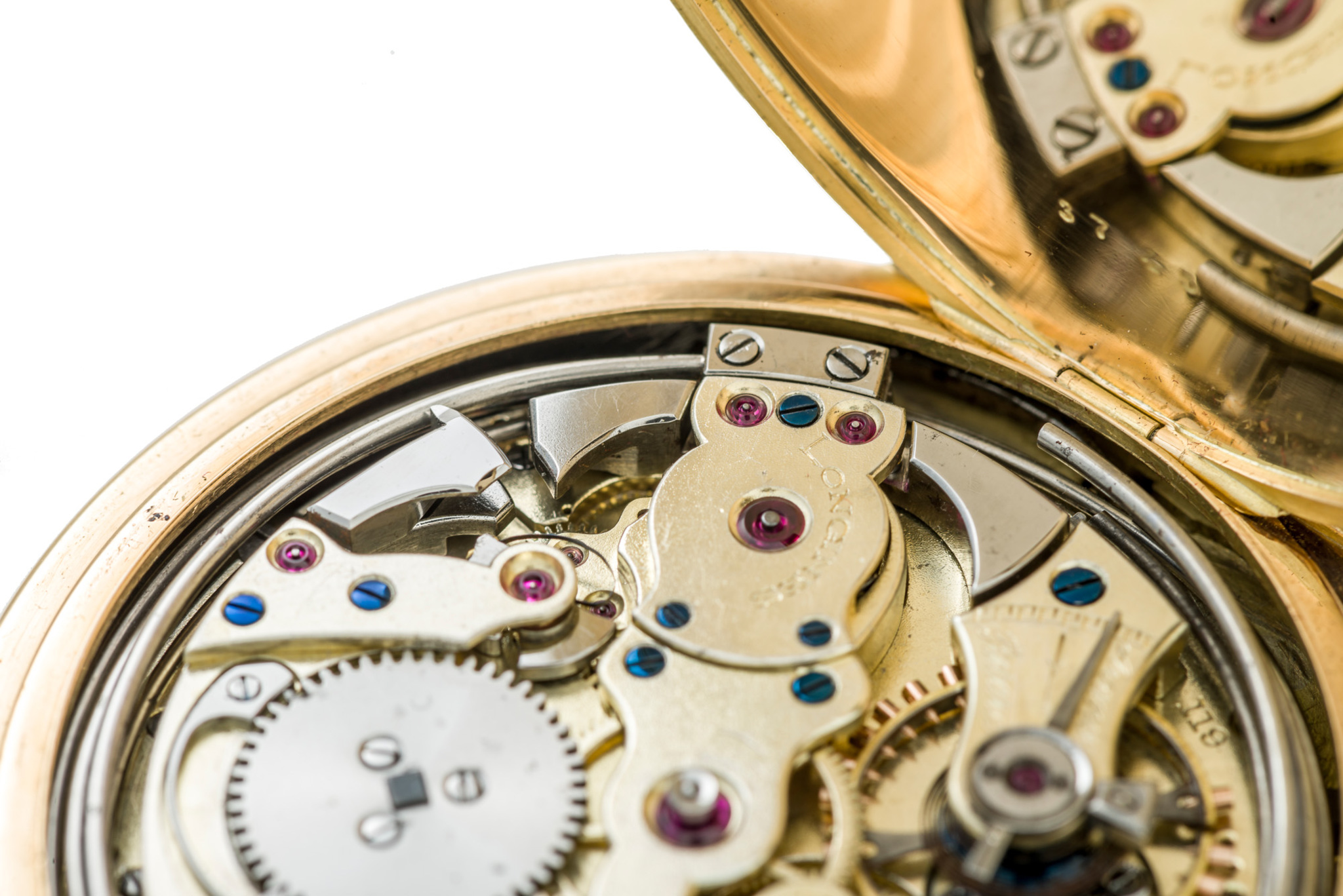 Carillon minute repeating watches are very rare; only a few are known with Westminster chimes. On March 20, 1896, Constant Piguet patented this system of minute-repeat with carillon, under the No. 11948. The makers that specialized in this type of watch were Constant Piguet, Eduard JeanRichard, and Victorin Piguet. The known tunes played by four hammer carillons are: Westminster chimes, the Swiss National anthem, and God Save the King. Similar watches were sold by Antiquorum, Geneva, October 19, 2002, lot 8; Hong Kong, July 10, 2005, lot 83; Geneva, May 14, 2006, lot 783 and October 15, 2006, lot 404. Longines Longines was founded in 1832 by Ernest Francillon at Saint-Imier, Switzerland. The Longines name was once displayed above the analog clocks topping many scoreboards in stadiums and baseball parks in America, such as the clock at Yankee Stadium before its remodeling in the early 1970's, and the one at Forbes Field in Pittsburgh in later years. Longines is also famous for its 'Aviators' watches. It is said that Albert Einstein used a Longines pocket watch, and the companys watches have been worn by many celebrities, including Humphrey Bogart, Audrey Hepburn, Billy Zane and Harry Connick Jr. The company's motto is "Elegance is an attitude".