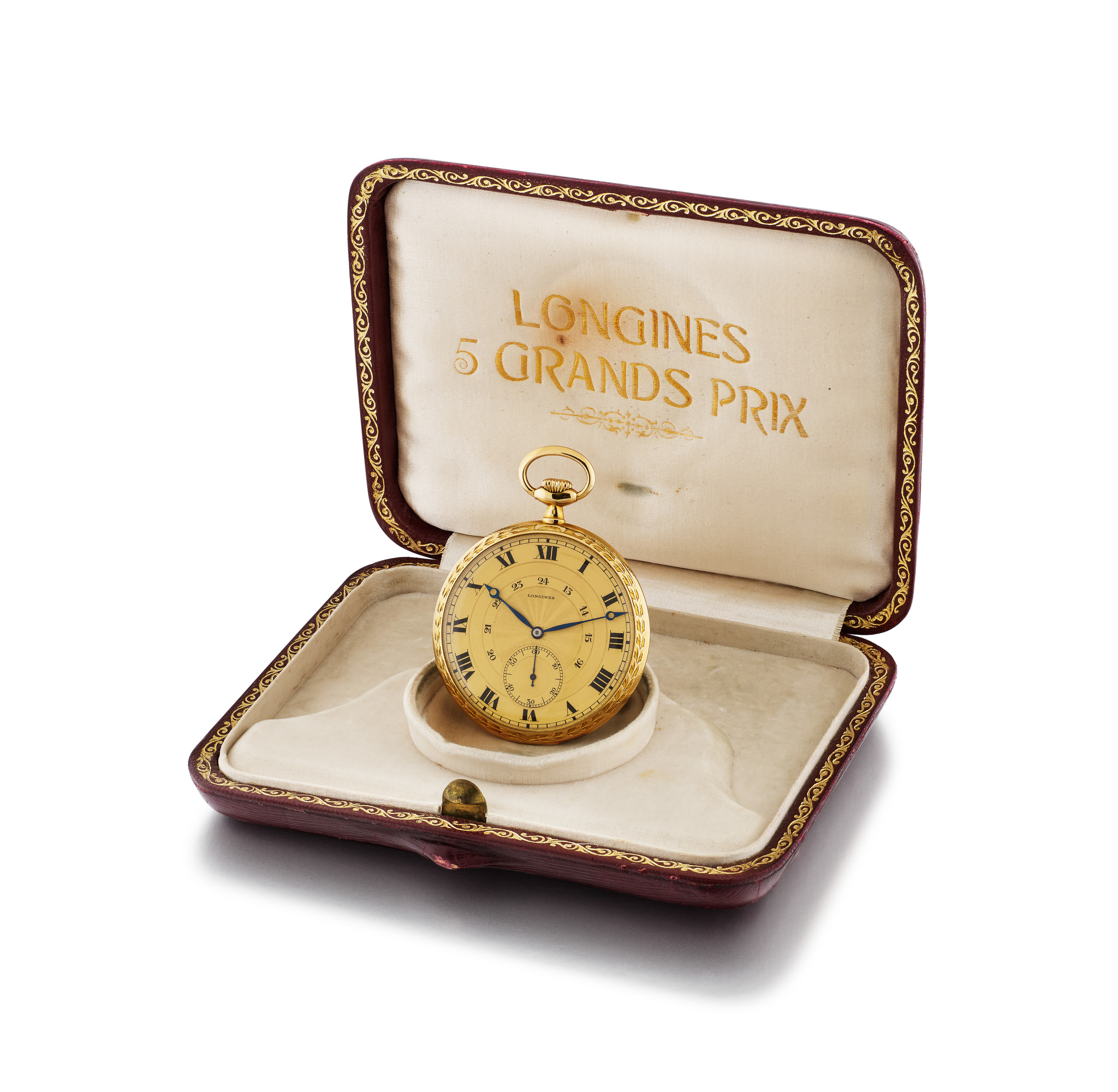 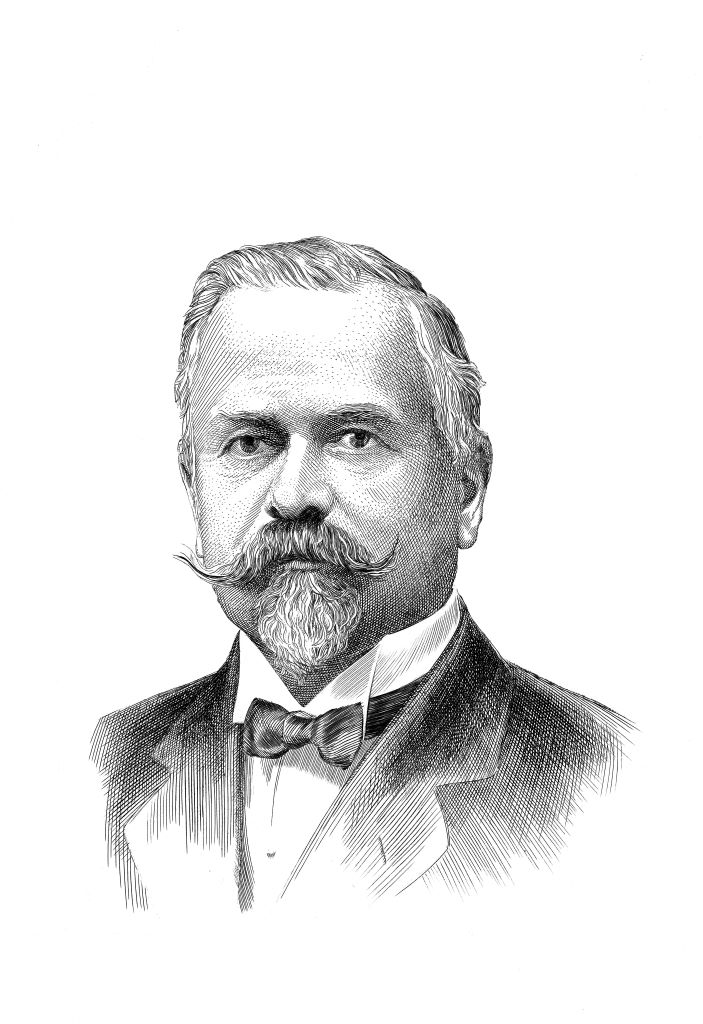 The Extract from the Archives, dated March 2020, mentioned that this watch was invoiced on October 30, 1909, to the Longines agent, Maison Djezvedjian, Istanbul, Turkey [Nacib K. Djezvedjian & Son, Constantinople]. It then returned to Switzerland, and invoiced on July 15, 1911, to Mr. Baptiste Savoye (1851-1927), Director of Longines at that time.
The Longines Historical Collections keep a few watches that belonged to him or were bought by Baptiste Savoye in order to be offered to third parties, probably like the present watch.

Savoye, Baptiste
Corgémont, Bernese Jura, October 8, 1851 – Corgémont, Bernese Jura, October 13, 1927
Robert Baptiste Savoye is the son of Henri-Ed. Savoye, originally from Le Locle, a farmer and watchmaker in Corgémont (Bernese Jura). Henri Savoye joined the Agassiz counter (later Longines) in Saint-Imier (Bernese Jura) in 1852.
Baptiste Savoye was employed from 1871 at the Francillon & Cie factory (later Longines) in Saint-Imier. He became “fondé de pouvoirs” (authorised signatory) and then “co-gérant” (co-manager) of the company on the death of Ernest Francillon (1900). From 1915 until his death in 1927, he was its “Directeur Général » (Chief Executive Officer) and “Président du Conseil d’administration” (Chairman of the Board of Directors).
He represented the Longines manufacture within the Association bernoise des fabricants d’horlogerie (Bernese Association of Watch Manufacturers), of which he was one of the founding members and vice-president, as well as within the Chambre horlogère Suisse (Swiss Watchmaking Chamber), of which he was a member of the central committee and then vice-president (1913-1922).
He also holds various positions in other companies and economic sectors. In particular, he was Chairman of the Board of Directors of the Banque Cantonale de Berne (Bernese Cantonal Bank) in Saint-Imier and of the Banque Nationale Suisse (Swiss National Bank); member of the local section of the Association bernoise du commerce et de l’industrie (Bernese Association of Commerce and Industry), of the Chambre cantonale du commerce (Cantonal Chamber of Commerce) (1904-1922); Chairman of the Société des Forces électriques de La Goule S.A. (Electric Forces Society of La Goule, public limited company) (1921-1927); Vice-Chairman of the Assurance suisse du mobilier (Swiss Chattel Insurance).
A member of the Radical Party (PRD), he sat on the legislative and executive offices of Saint-Imier (Town Council and General Council of 1908-1912). He was also a member of the National Council from 1912 to 1917 (he replaced Virgile Rossel).
He married Alice Meyrat (1861-1925). He is the father of Maurice Savoye (1881-1965) and the grandfather of Frédéric Savoye (1916-1993), both of whom are future directors of Longines.
Bibliography
Donzé, Pierre-Yves, Longines, du comptoir familial à la marque global, Saint-Imier, Editions des Longines, 2012, p. 85.