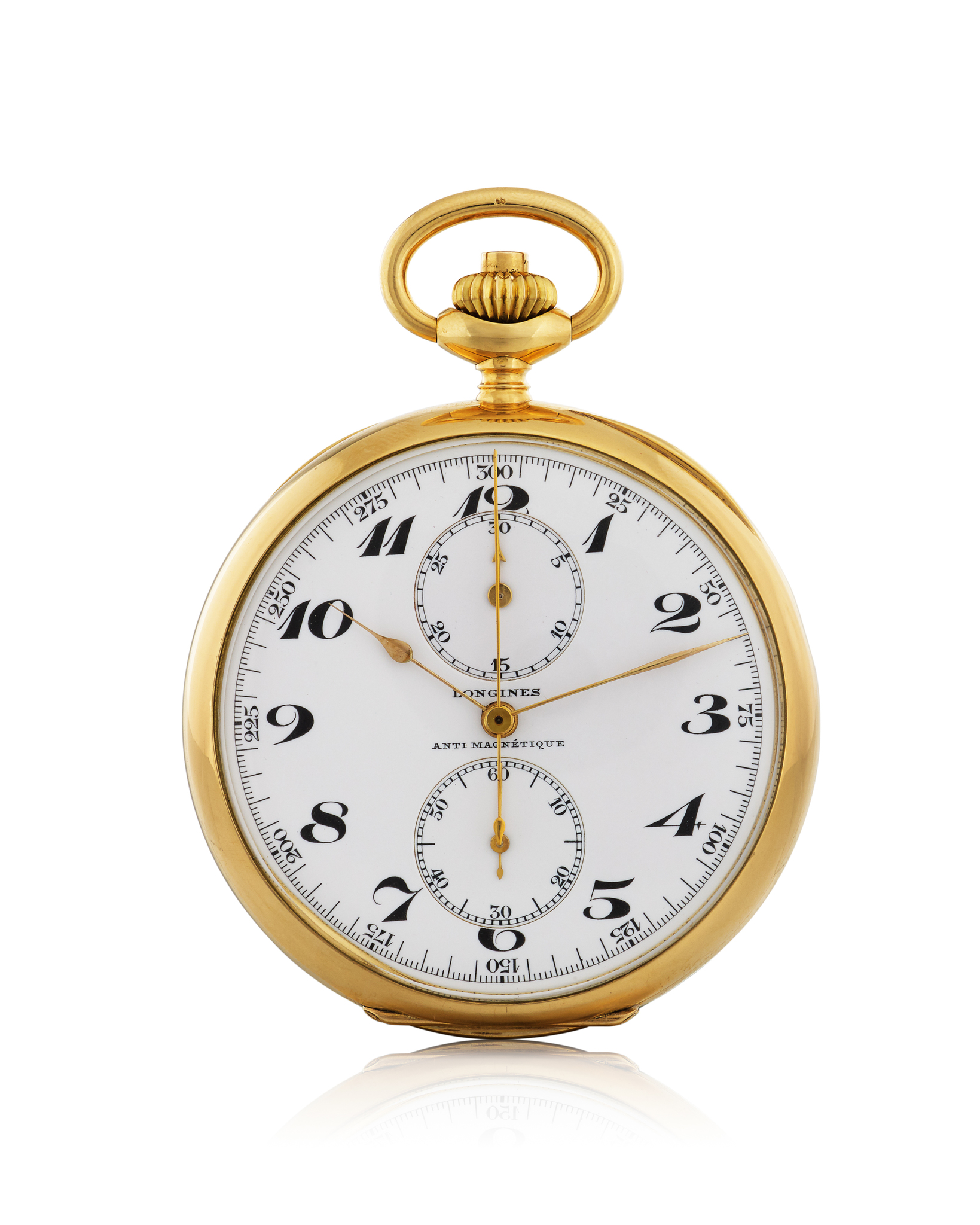 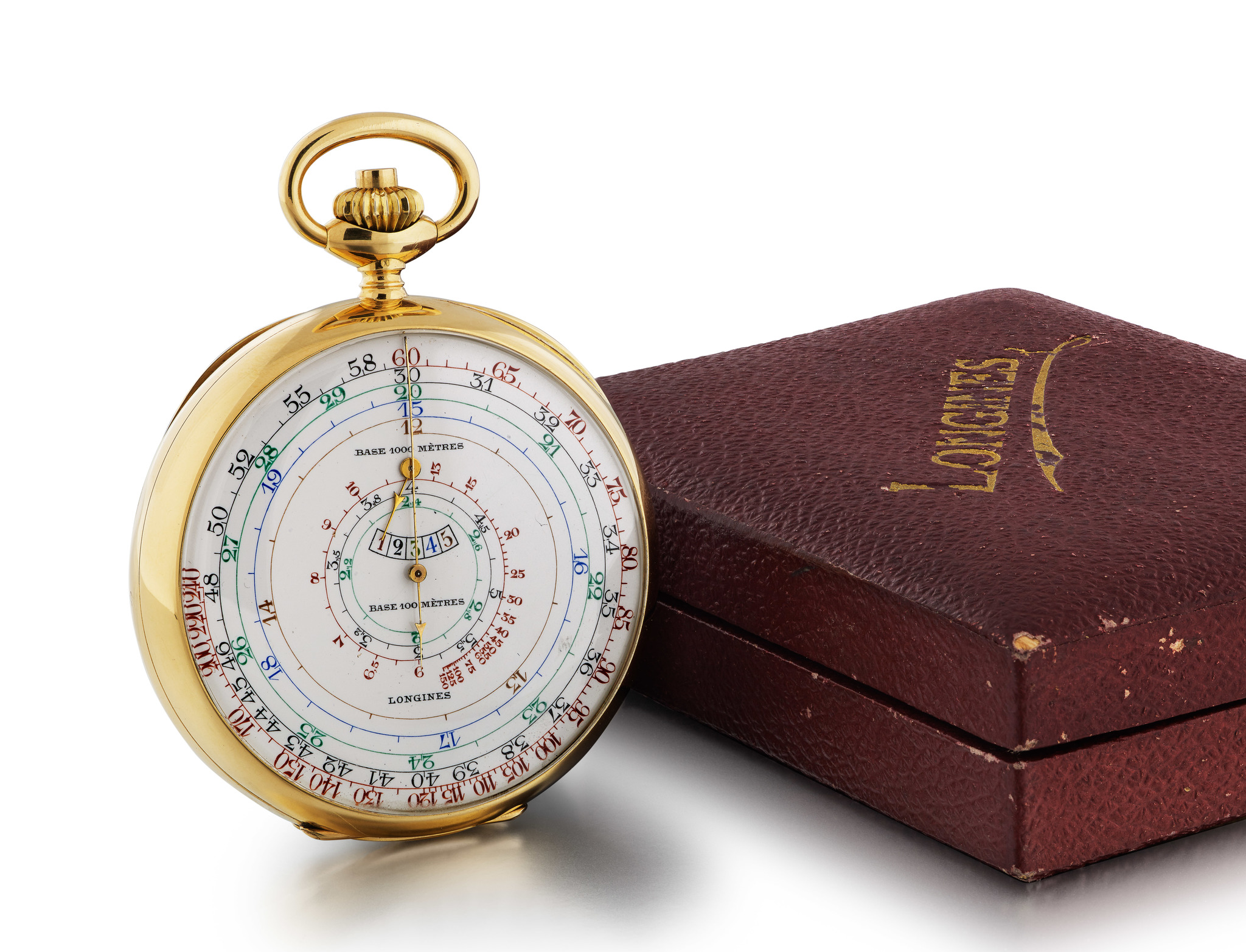 The Extract from the Archives, dated March 2020, mentioned that this watch was invoiced on October 27, 1930, to the Longines agent, Maison Ostersetzer, Italy.
--
The watch must have been destined for measuring very high speeds since a second dial was intended just for calculating speeds over 240 km / h. At the time such speeds were encountered in scientific experiments and in aviation (a Bugatti could go to 120 km / h). The main dial was for measuring sailing races, running and car races, the reverse dial was for aviation and scientific measurements.