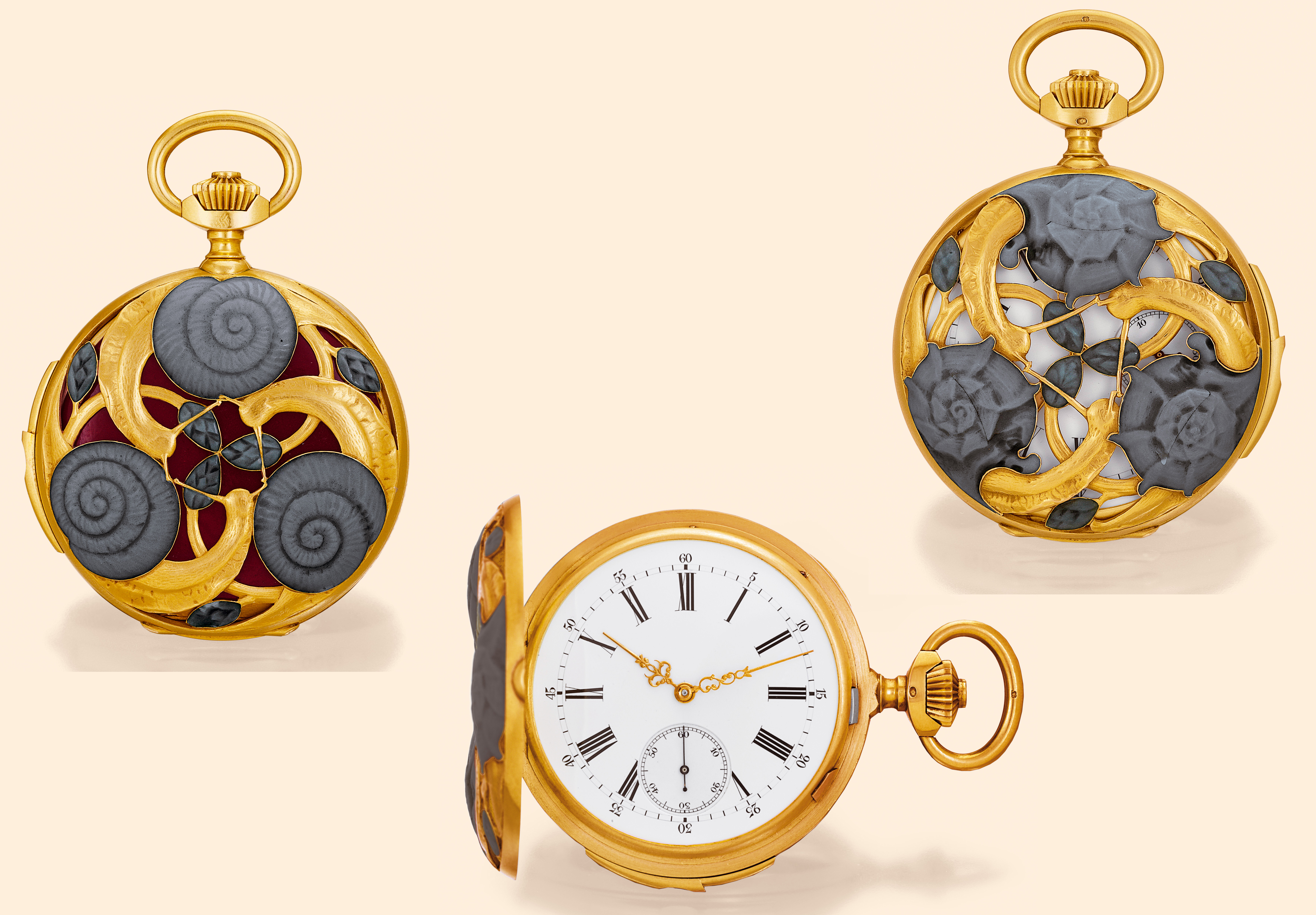 René Lalique The son of ?commissionaire en merchandises? Auguste Jules Lalique and his wife Olympe, René Lalique was born on April 6, 1860, in Aÿ, in France?s Marne region. The family settled in Paris in 1862. His father having died in 1876, René became apprenticed to jeweler Louis Aucoc and attended evening classes at the Ecole des Arts Décoratifs. From 1878 to 1880, he studied at Sydenham College in London. After returning to Paris, Lalique worked for a year with the jeweler Auguste Petit fils, then went into business on his own, creating pieces for his former teacher Auoc, or for other jewelers such as Destapes, Cartier, Garod, or Jacta. Lalique first publicly showed his designs at the Exposition des Arts Décoratifs held at the Louvre in 1884. In 1885, he took over the workshop of Jules Destapes, place Gaillon, where he worked for renowned jewelers such as Frédéric Boucheron, Vever, or Cartier. In 1887 he moved to the rue du Quatre Septembre. Lalique did not consider himself ready to exhibit under his own name at the 1889 Paris Universal Exhibition, but instead sent pieces to be shown anonymously by colleagues. As of 1890, Lalique began experimenting with new forms, styles, and materials, including transparent enamel and glass, or the combination of ?noble? and non-traditional materials. In doing so, he scandalized his colleagues, but met with an enthusiastic response on the part of the public. One of his most devoted clients was the actress Sarah Bernhardt. She began ordering her stage jewelry from Lalique. Through Sarah Bernhardt, Lalique met another important client, the oil millionaire Calouste Sarkis Gulbenkian. Gulbenkian began collecting Lalique jewelry, reserving the best pieces for himself. Lalique was made Chevalier de la Légion d?Honneur. He took part in the exhibitions of Munich in 1899, Turin in 1902 and 1910, Berlin in 1903, St. Louis in 1904, Lüttich in 1905. In 1903 and 1905, special exhibitions were organised for him in London. It was, however, at the 1900 Universal Exhibition in Paris that Lalique truly triumphed. His work was in great demand, and his creative genius was praised without exception. Vienna art critic Fritz Minkus-Linz commented in 1900 that ?Lalique had become an overnight celebrity in Paris. The Universal Exhibition brought him world-wide fame.? Shortly after his triumph at the Paris Exhibition, Lalique abandoned his work with jewelry to devote himself to glass. Lalique was greatly admired by his contemporaries as an artist, a creator not of ?artistic jewelry? (?le bijou artistique?) but rather of ?art as jewelry? (?l?art pouvant être bijou?). He drew his inspira-tion from nature, taking flowers, fauna, and animals as themes for his fertile imagination. In the words of art critic Minkus-Linz, his creations were ?monuments attesting to the secrets of nature that he alone knows.?