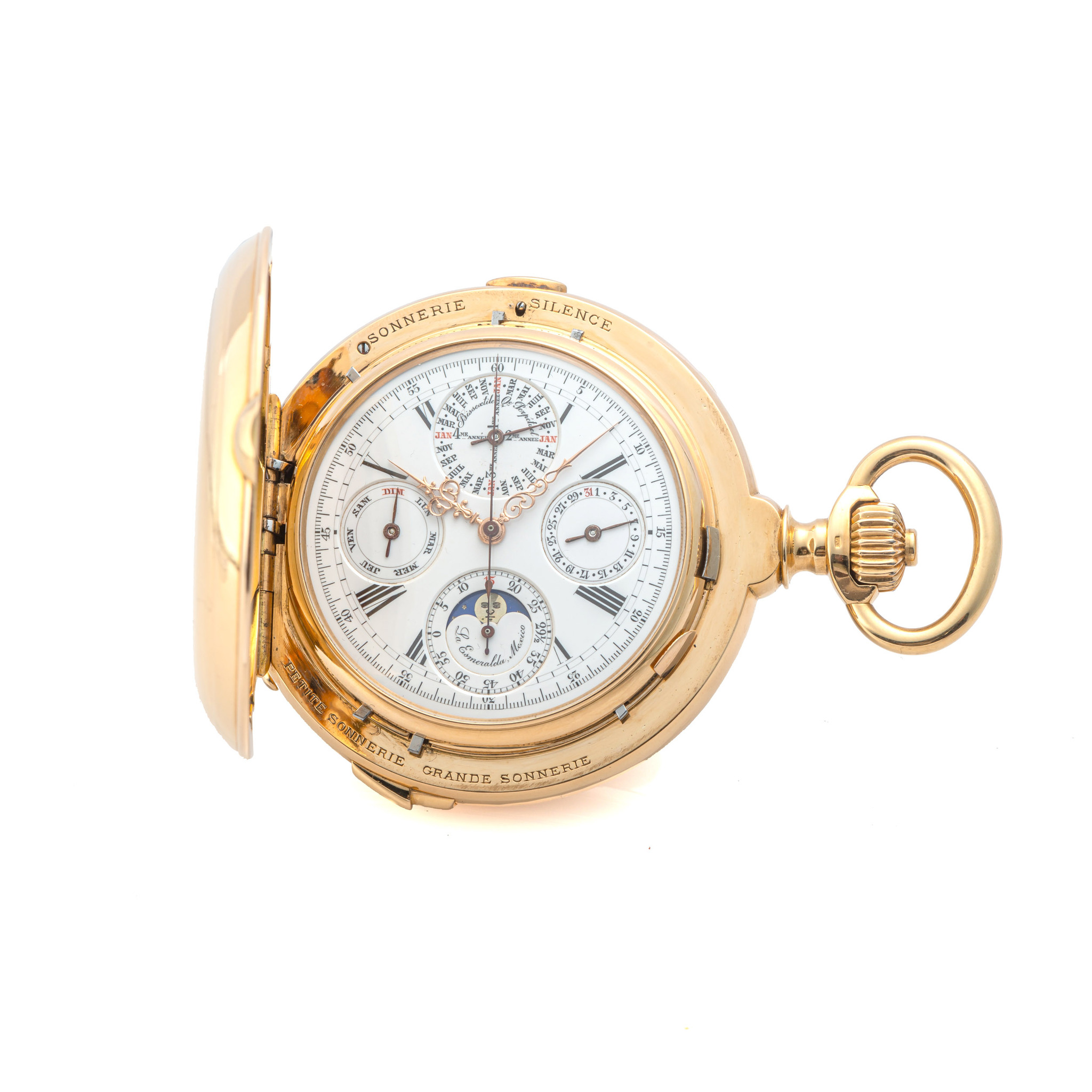 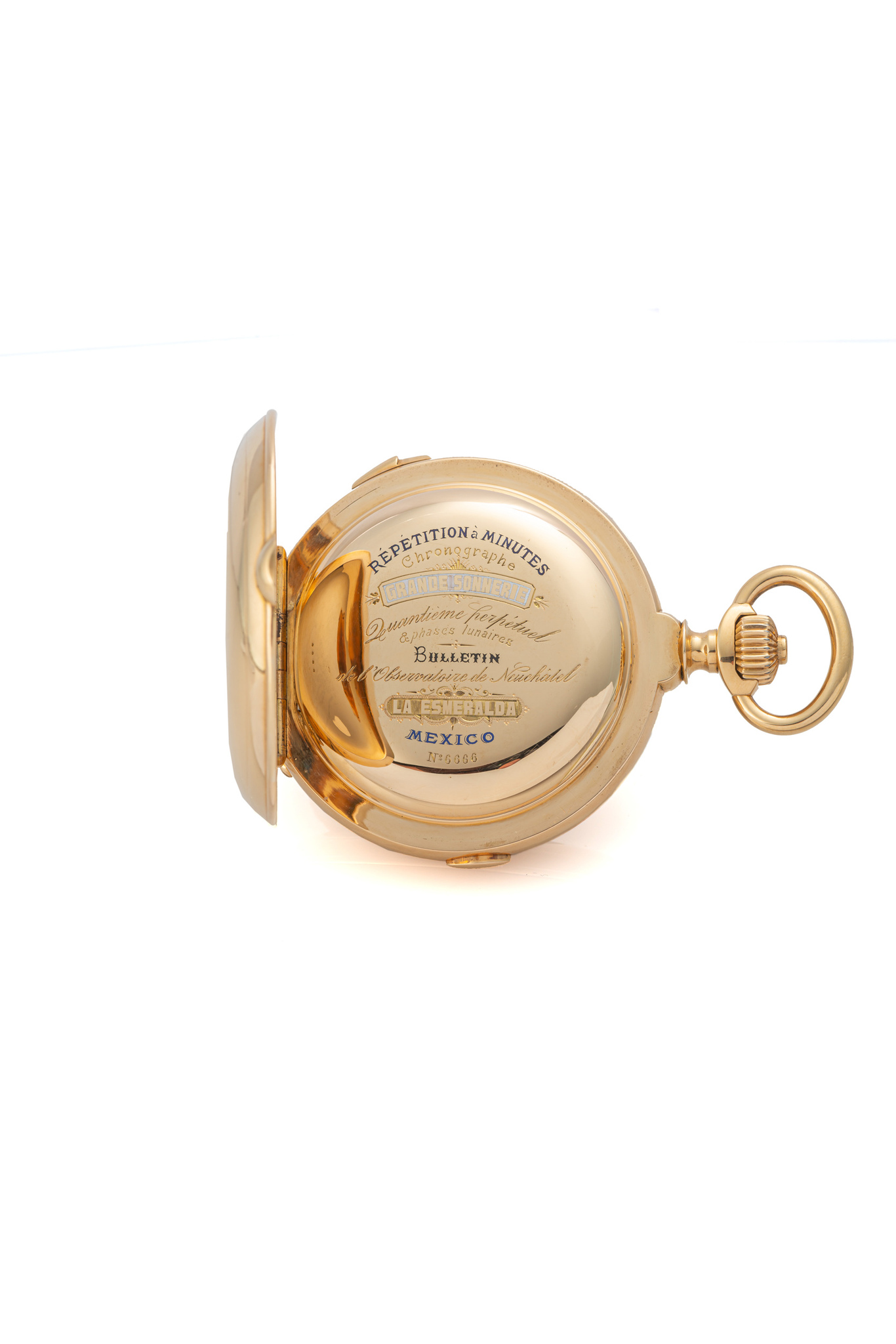 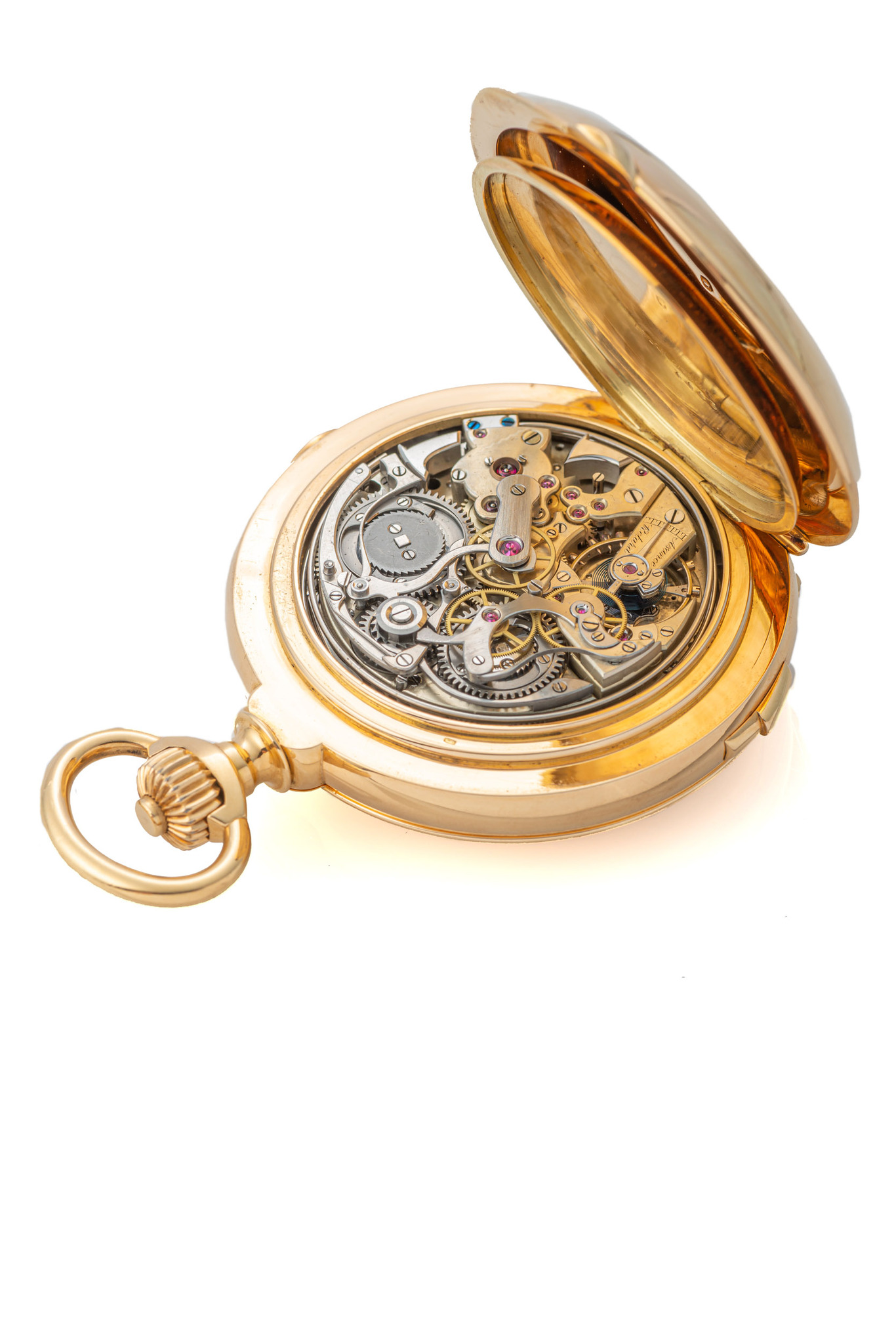 Caliber 19’’’, rhodium-plated, Mairet tandem winding system, 35 jewels, straight line calibrated lever escapement, cut bimetallic compensation balance with blued steel Breguet balance spring, striking and repeating on gongs at the quarters or at will activated by a trip slide in the band, silence/petite sonnerie/grande sonnerie protruding from under the bezel, repeating activated by a small pushbutton at 7 o’clock on the band

Louis Elisse Piguet
Louis Elisée Piguet (1836 / 1924) From Le Brassus made several exceptional timepieces, such as a ‘’grande sonnerie’’ with 7 hammers. Some of the most complicated watches sold in Glashütte employed L. E. Piguet movements, while firms such as Patek Philippe, Vacheron & Constantin, and Breguet employed his movements on occasion. He improved chronographs, invented the fixed star repeating mechanism, and improved the keyless winding system. When Ami LeCoultre Piguet received a commission to build the so-called ‘’Merveilleuse’’, a watch with 24 functions and complications, he chose Louis-Elisée Piguet as his partner. One of the most talented watchmakers of the end of the 19th century, he was respected by his peers and served on
a number of horological committees. His company, later renamed Frédéric Piguet SA, has survived and continues the tradition of making high-quality complicated timepieces. Literature: ‘’Horlogers et montres exceptionnels de la Vallée de Joux’’, Daniel Aubert, Neuchâtel, 1997.

La Esmeralda - Hauser Zivy & Cie.
Hauser Zivy & Cie. was founded by Mr. Hauser and Mr. Zivy, owners of “La Esmeralda”, the most important jewellers in Mexico City during the second half of the 19th century. Besides fine watches the firm was also selling jewellery, musical boxes and works of art. In addition, they were the agents of the silversmith Christofle and the glass manufacturer Baccarat. The building housing “La Esmeralda” at Calle de Francisco I. Madero is still today a historical landmark and considered one of Mexico City’s finest examples for illustrating the influence of European architects at the turn of the 19th century.