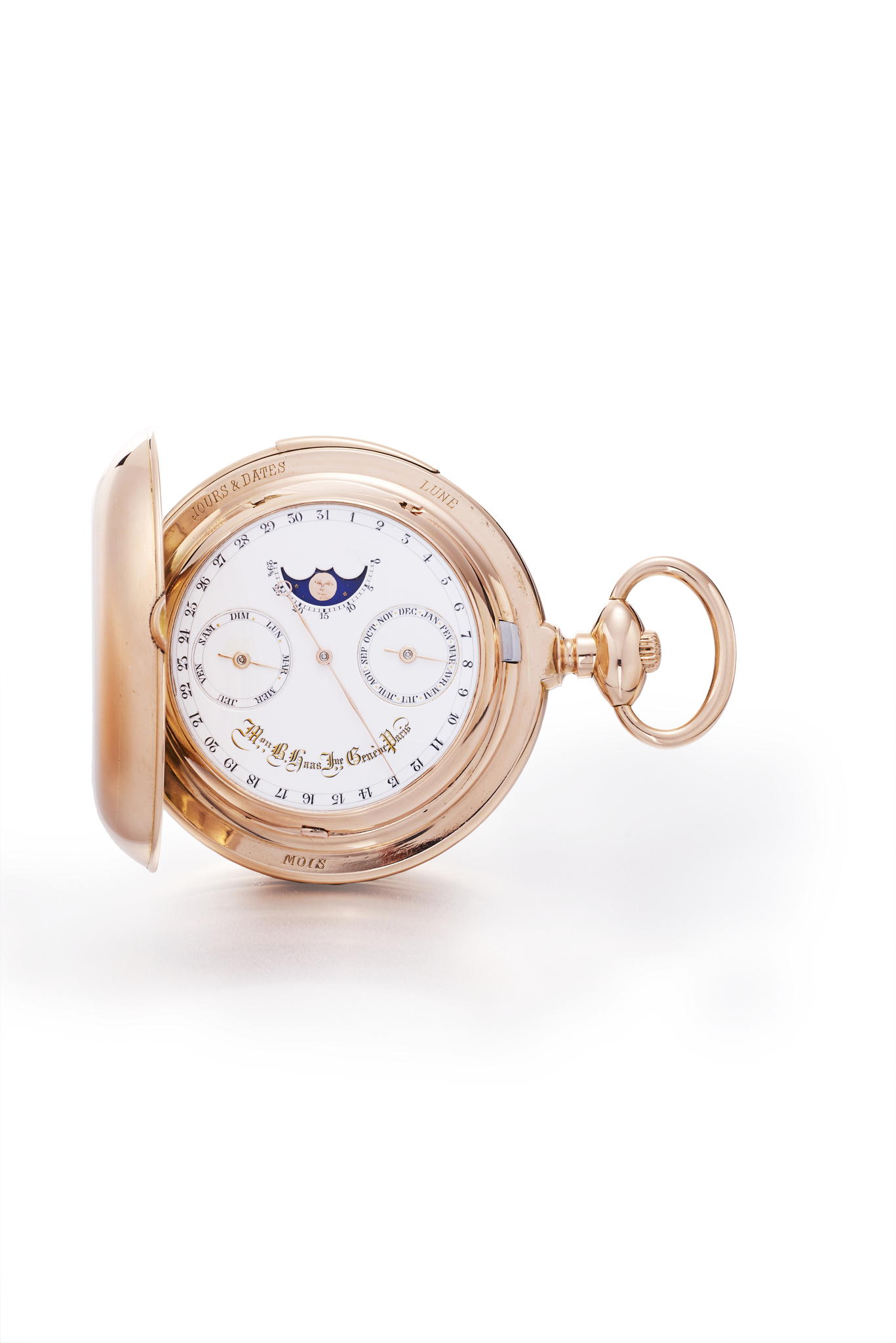 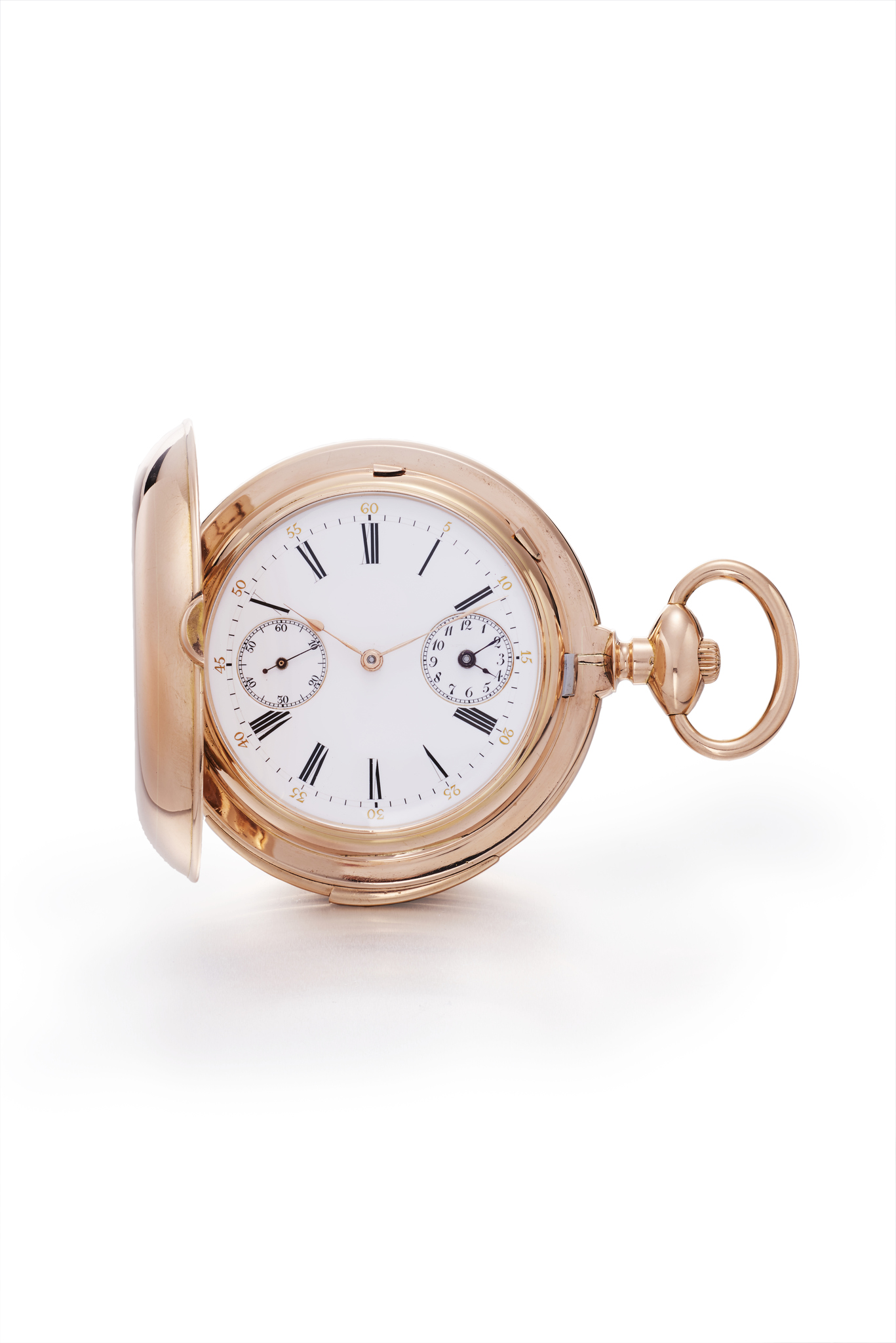 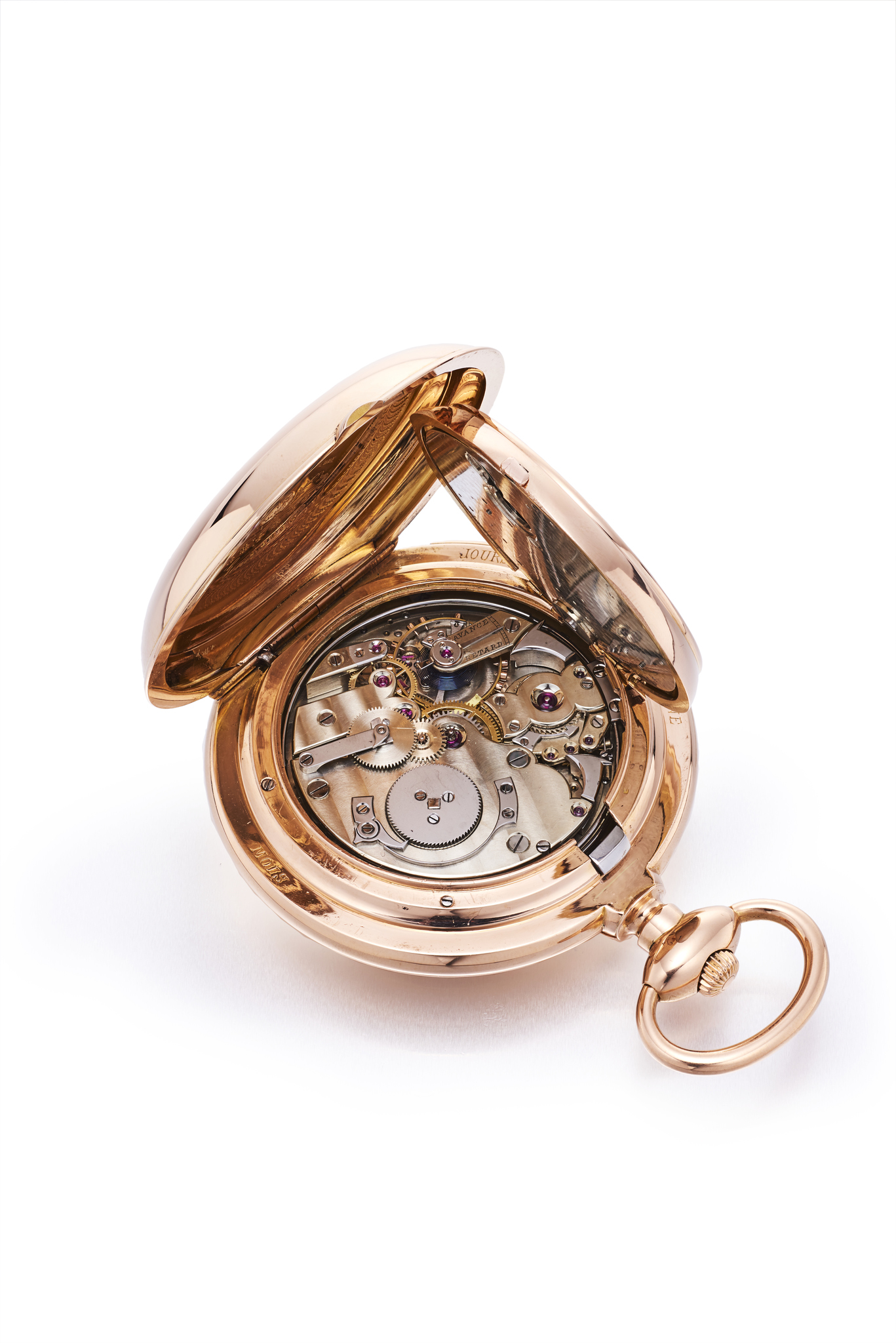 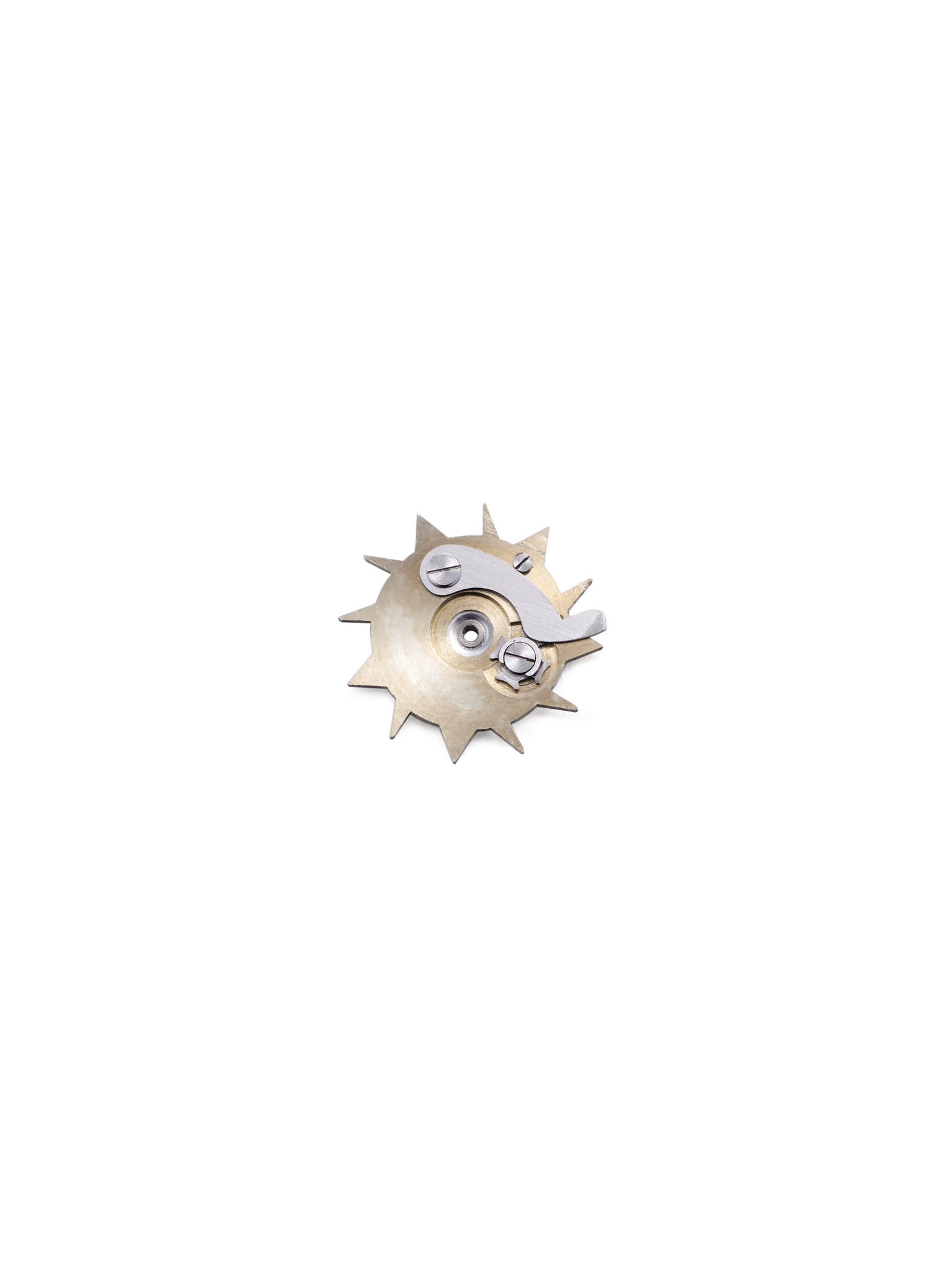 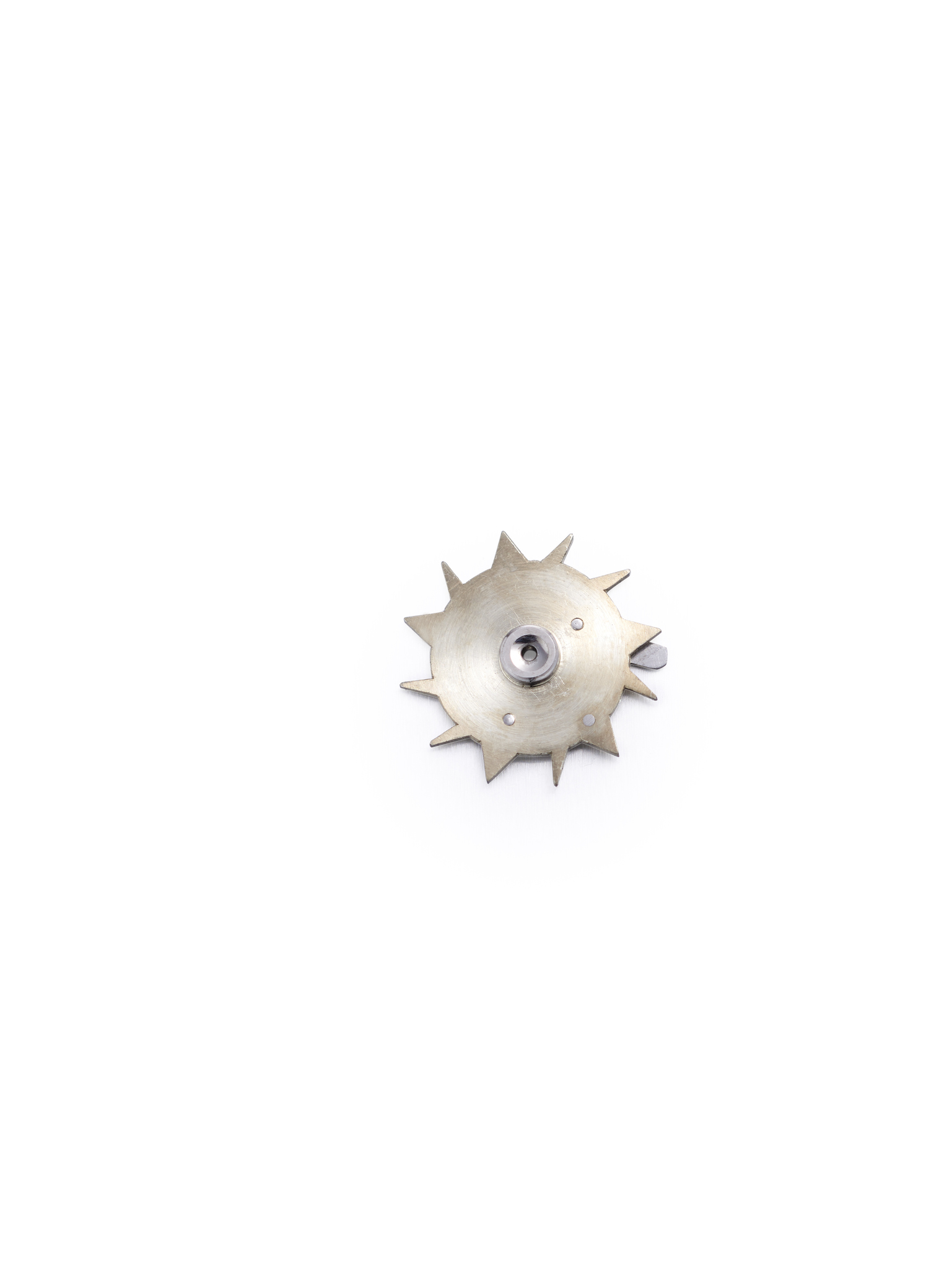 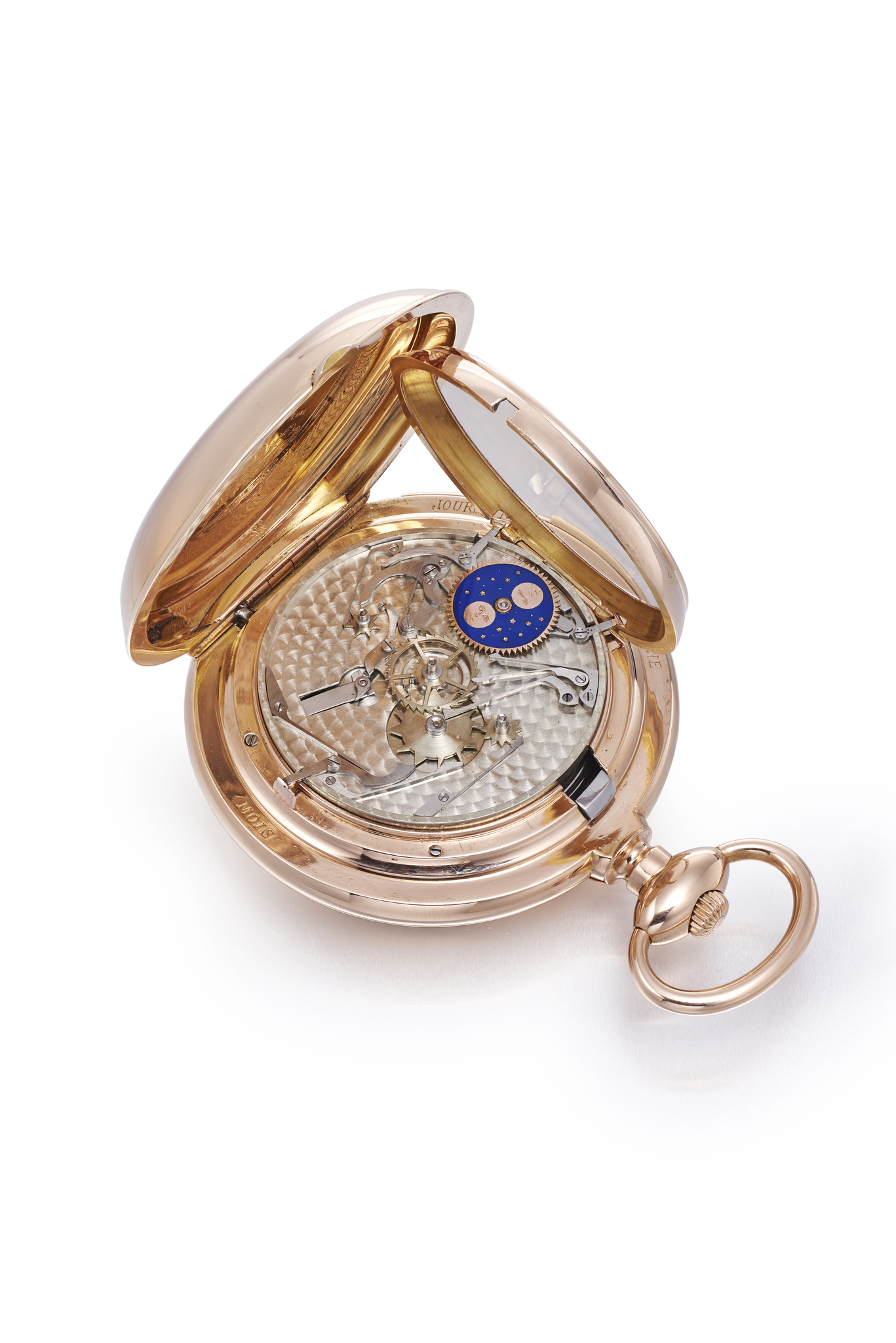 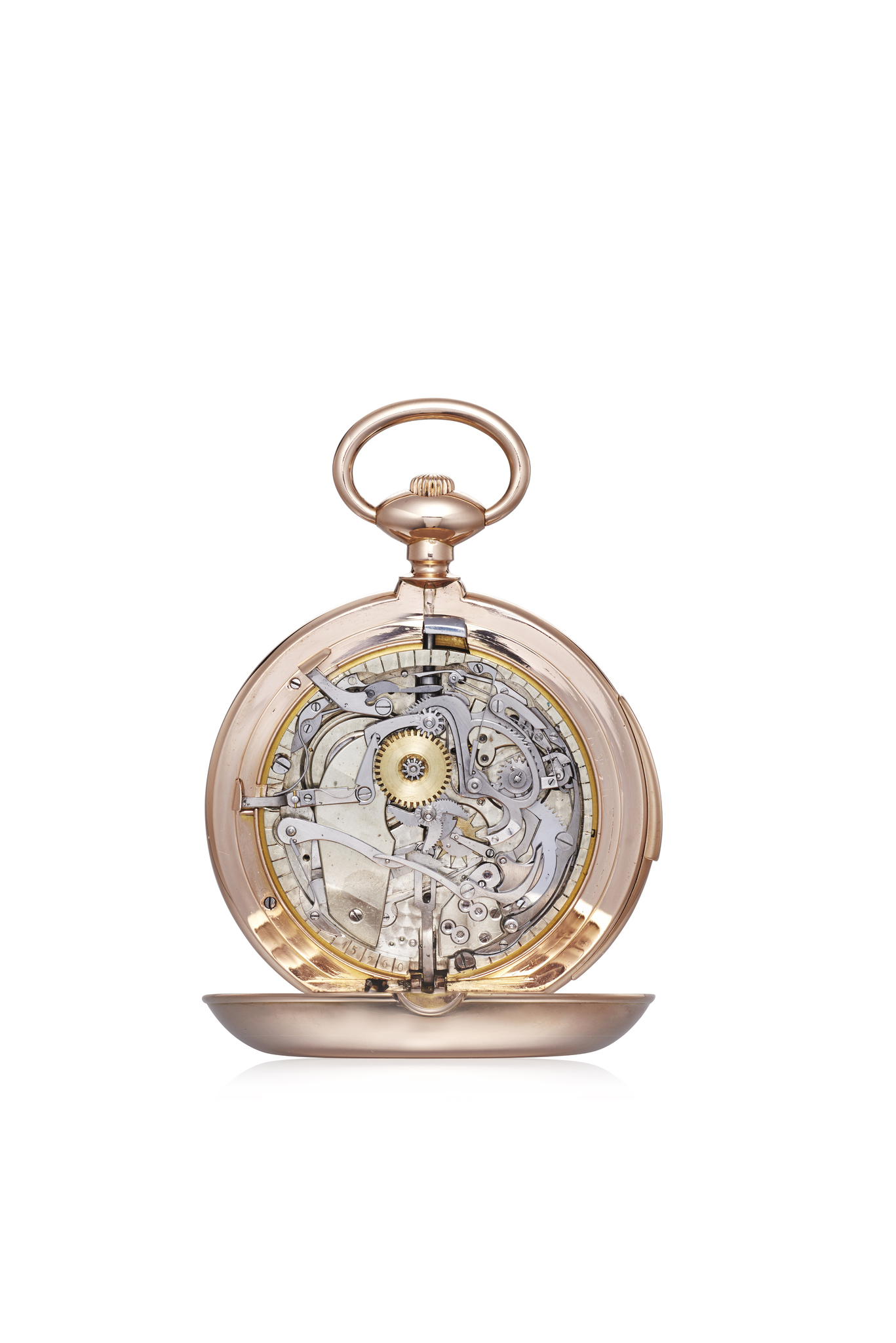 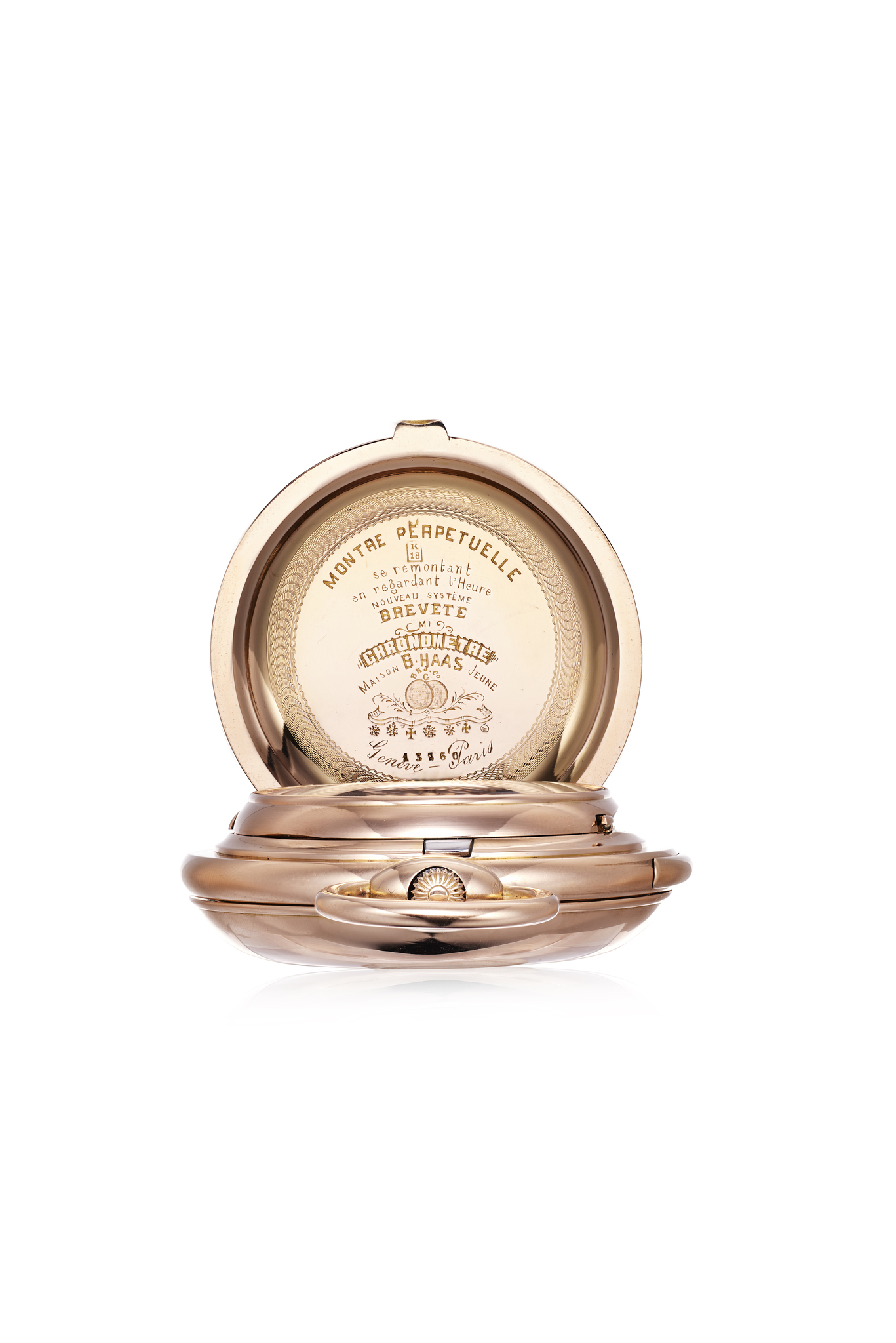 Among the twenty or so known pieces with “remontoir perpétuel à décrochement”, the present watch is the most complicated known today from this series. Another watch, No. 15 849, made circa 1880, with minute-repeater, perpetual calendar with leap-year indicator and moon phases (not double-faced), was sold by Antiquorum, Geneva, auction, November 13, 2011, lot 494, for the amount of CHF 56 250.- Haas The house founded in Geneva in 1848 by the brothers Léopold Haas (1827-1915) and Benjamin Haas (1828-1925), later becoming “Ancienne Maison B. Haas Jeune”, then “Haas Neveux & Co.”, is one of the oldest Swiss watch manufacturers. The Haas signature has always been one of the most sought after, thanks to the impeccable standards of the company. Haas gained a reputation as a manufacturer of fine chronometers, chronographs, and highly complicated watches. Among their most notable creations was the “remontoir perpétuel à décrochement” (1867 and 1873), a perpetual calendar (1872) and later the first ultra-thin watch movement (circa 1896). Benjamin Haas patented winding-mechanism by closing the cover, “remontoir perpétuel à décrochement” In 1867, Benjamin Haas patented an interesting winding mechanism by closing the cover, which transmits the power via two levers to a ratchet wheel on the barrel arbour with a safety device disengaging the mechanism when fully wound. The design was quite successful, and Haas employed it in some of his best watches, mostly with horological complications. The initial idea was progressively improved, and the one employed in the 1890’s is a welldeveloped system with a 36-hour power reserve generated by only twelve closings. To accomplish this, Haas changed the going train, adding an additional wheel, which allowed him three hours winding by a single closing. He also designed a safety device disengaging the mechanism when fully wound, which was necessary to prevent damage to the cover. Bibliography Alleaume, Auguste, Les brevets d’invention concernant l’horlogerie, catalogue général, recueillis et mis en ordre, avec quelques explications sommaires, Paris, Société des horlogers, Bureau de la Revue Chronométrique, 1873, p. 118 and 122. Patents for Inventions, Abridgements of Specifications. Class 139, Watches, Cloks, and other Timekeepers, Londres, His Majesty’s Stationery Office, Darling & Son, 1904, « Period ?? A.D. 1867- 1876 », pp. 40 and 48 (facsimile, Seatle, Albert L. Odmark Editions, 1979).