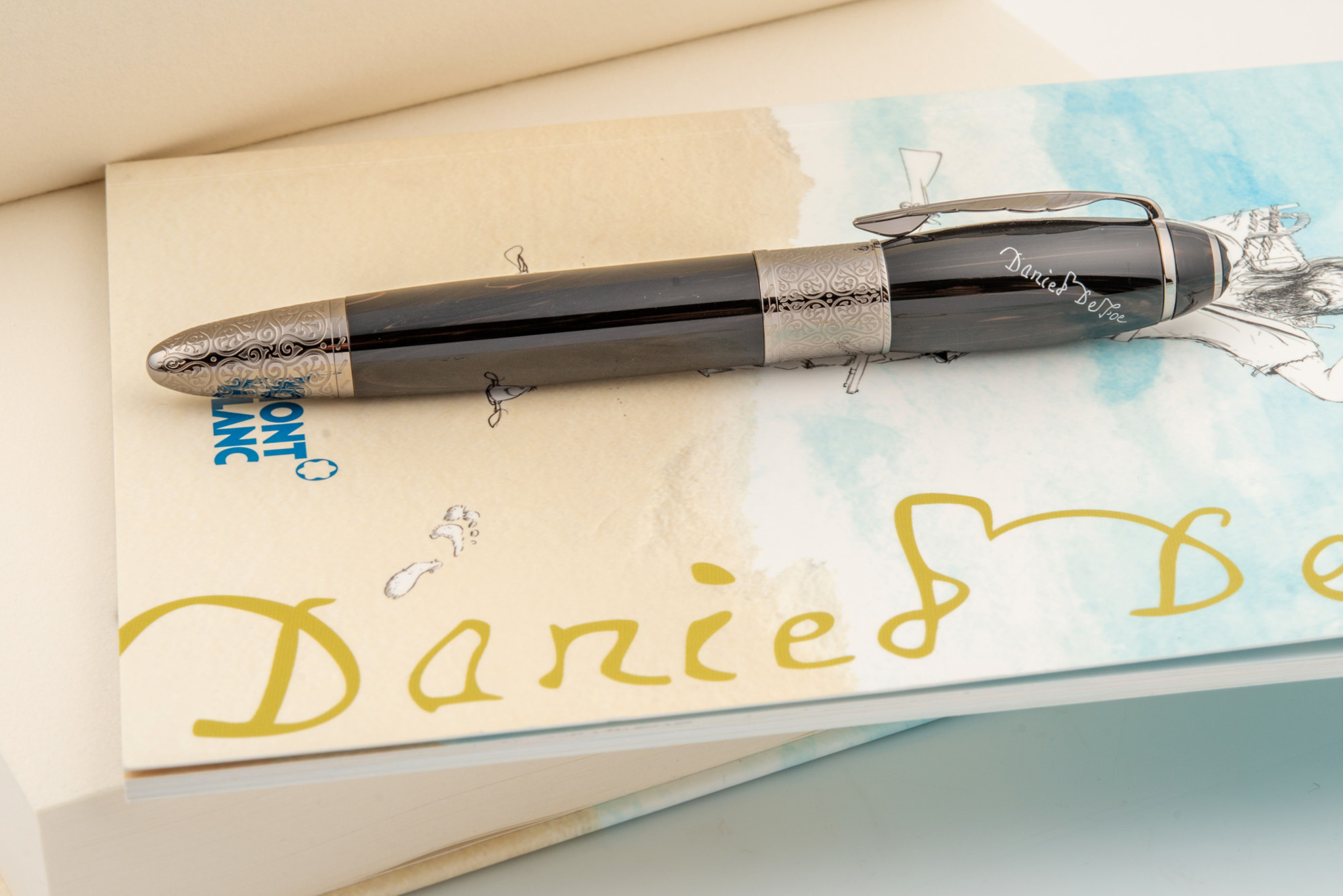 Montblanc, “Daniel Defoe”
Montblanc created this pen in 2014 in honour of Daniel Defoe (c.1660-1731), in a limited and numbered edition of 10 000 examples. The twenty-third of Montblanc’s “Writers Edition”.
The pen’s design evokes the life of Robinson Crusoe on his island. The barrel and the cap are crafted from precious resin inspired by the colour and structure of wood. The ring of the cap, as well as the cone, are engraved with decorative motifs reminiscent of those that adorned book covers in the 18th century. The clip, in the shape of a feather, refers to Crusoe’s faithful companion on the road.
The ball-point-pen was produced in a limited and numbered edition of … 000 examples.
The mechanical pencil was produced in a limited and numbered edition of … 000 examples.
A set of three writing instruments, comprising a fountain-pen, a ball-point-pen and a mechanical pencil, was produced in a limited and numbered edition of … 000 examples.
--
Defoe, Daniel
Born Daniel Foe; circa 1660 – April 24, 1731
English trader, writer, journalist, pamphleteer and spy. He is most famous for his novel Robinson Crusoe, published in 1719, which is claimed to be second only to the Bible in its number of translations. He has been seen as one of the earliest proponents of the English novel, and helped to popularise the form in Britain with others such as Aphra Behn (1640-1689) and Samuel Richardson (1680-1761). Defoe wrote many political tracts and was often in trouble with the authorities, and spent a period in prison. Intellectuals and political leaders paid attention to his fresh ideas and sometimes consulted with him. Defoe was a prolific and versatile writer, producing more than three hundred works – books, pamphlets, and journals – on diverse topics, including politics, crime, religion, marriage, psychology, and the supernatural. He was also a pioneer of business journalism and economic journalism.