Inking-chronograph. Rosewood with lemon-tree inlay rectangular-shaped cabinet, 1/5 inking-chronograph On the reverse, a sliding panel to access the adjustment for the balance and a key-button-winding White enamel dial, inlaid in a brass plate, with division in seconds numbered in groups of five, subsidiary dial for the fifth of a second (at 12 o’clock); push-pieces for “marche / arrêt” (on / off) (top left) and “pointage” (pointing) (top right); ink tank (lower left); blued steel hands. 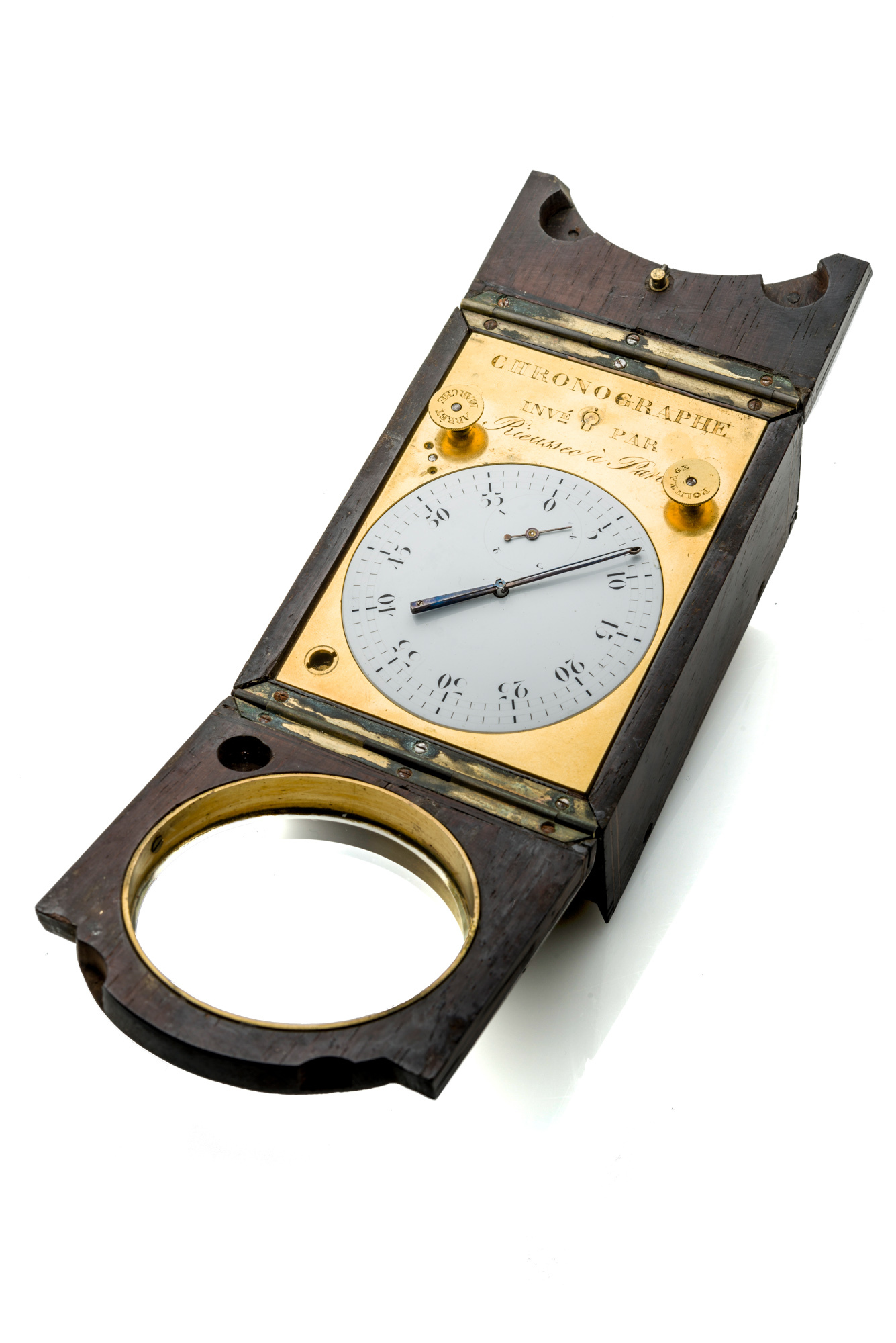 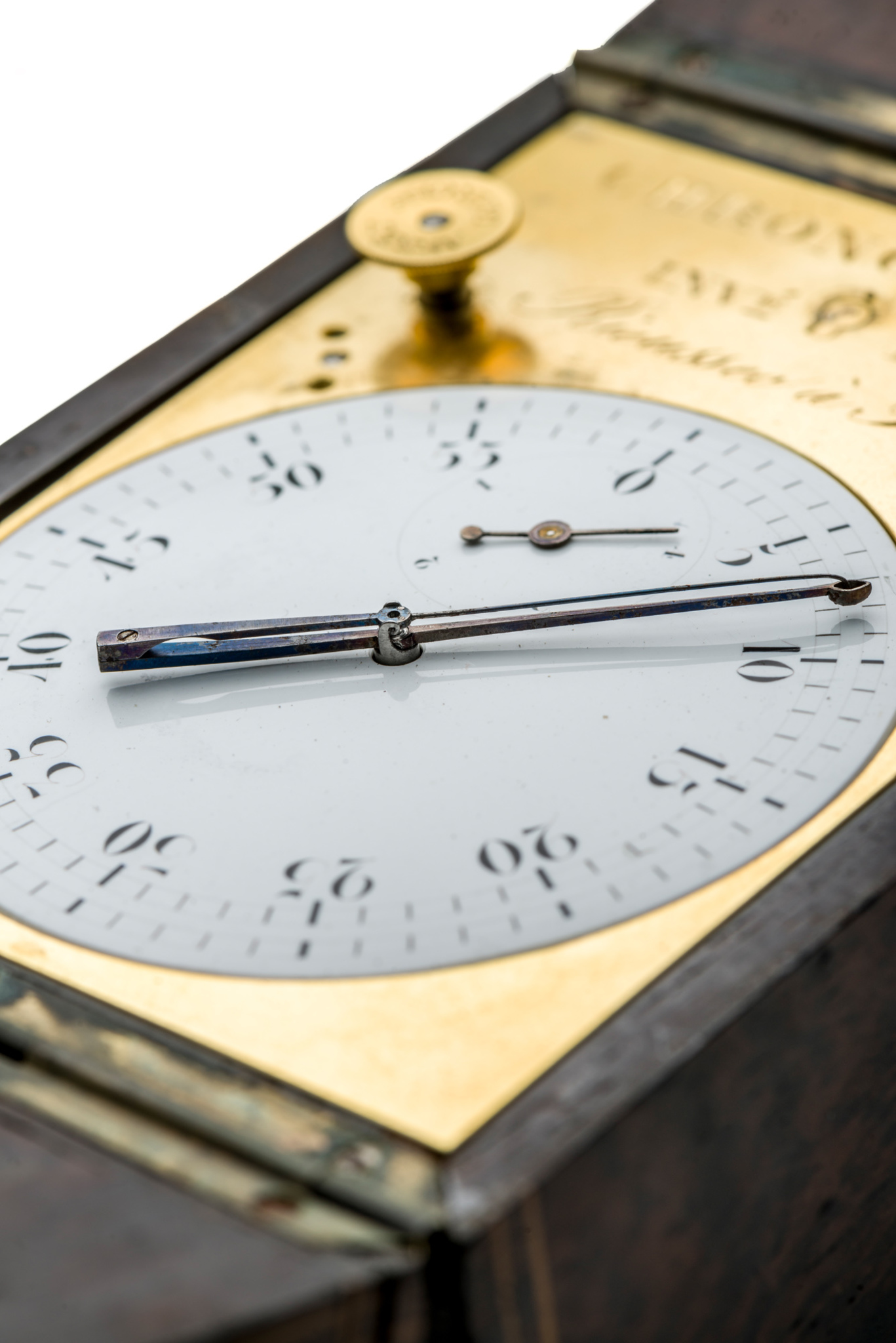 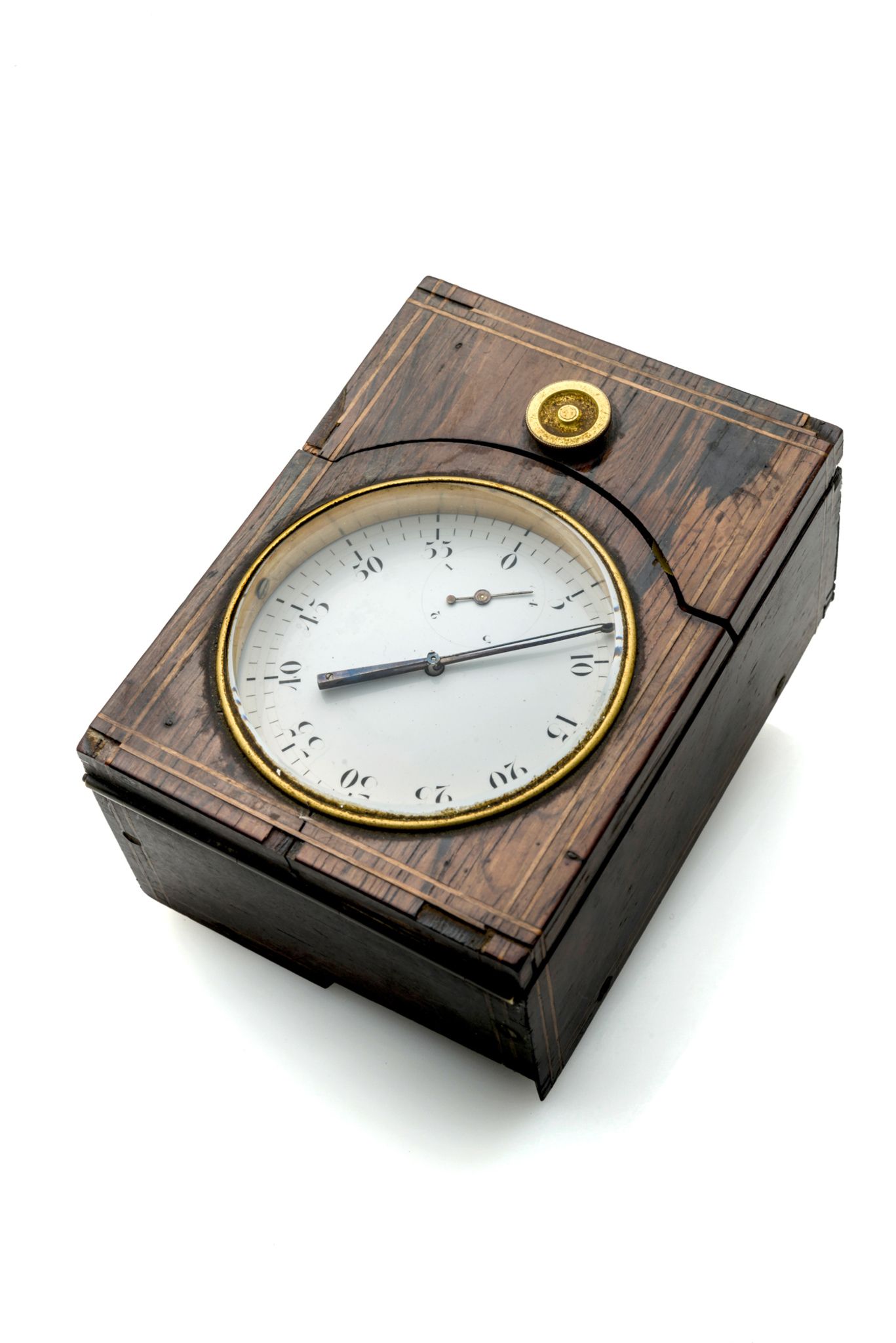