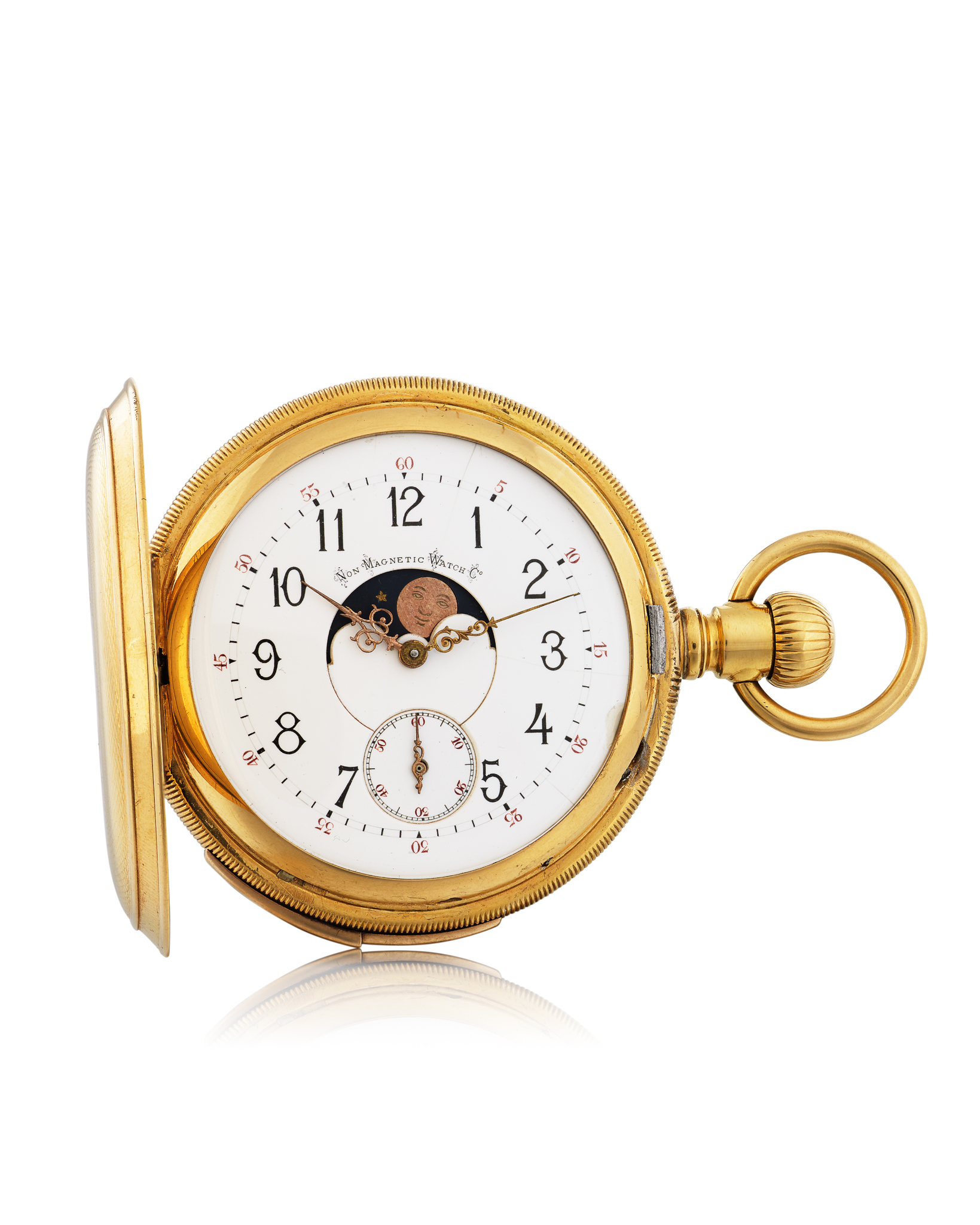 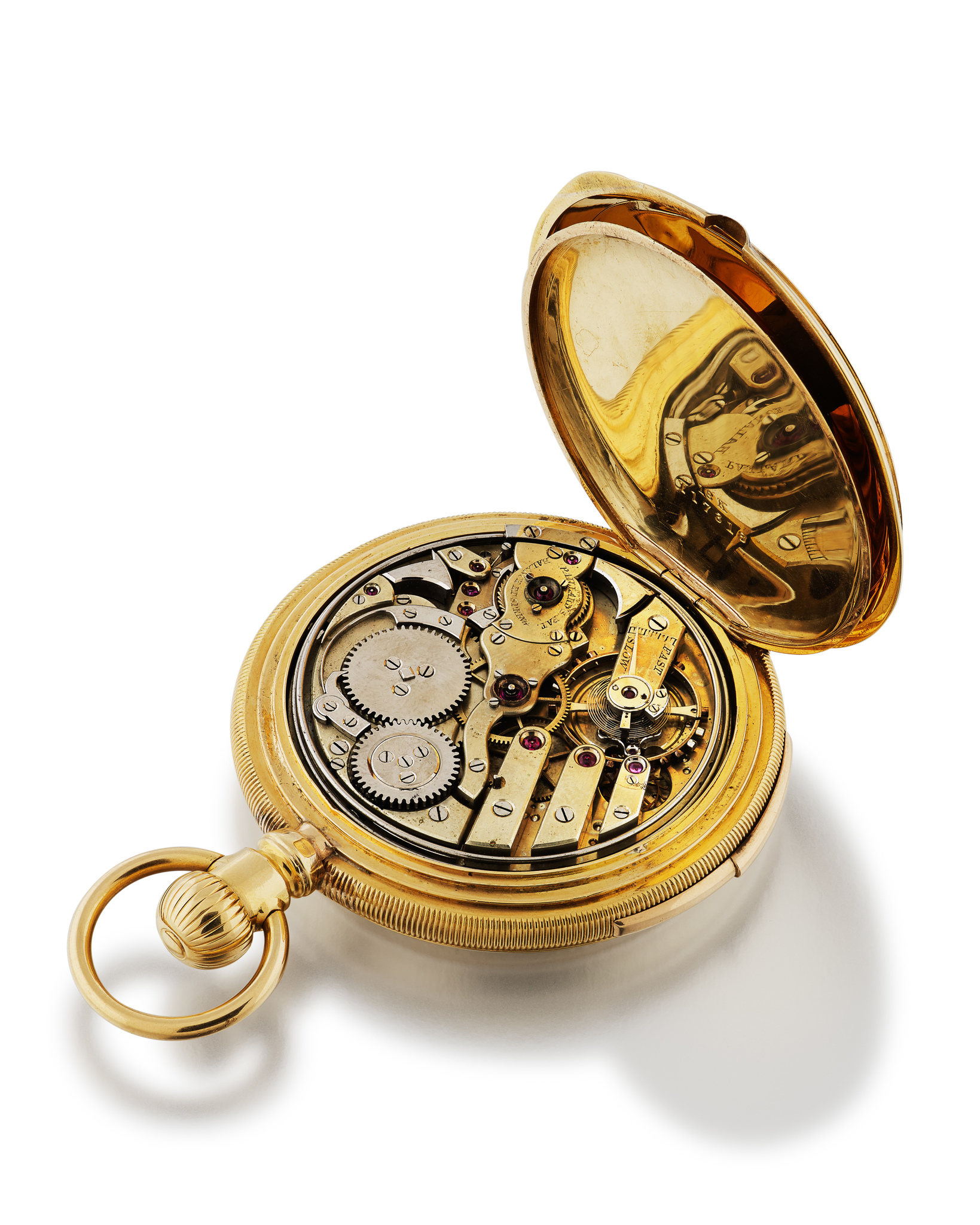 The Geneva Non-Magnetic Watch Co. of America, Geneva
In 1885-1886, the new non-magnetic alloy (palladium with copper) invented to produced non-magnetic and non-corrosive hairsprings and balances by Charles-Auguste Paillard (1840-1895) came to the attention of a young Dresden businessman, Charles W. Ward. He and his associates were impressed by the invention and decided to form a company making watches based on the Paillard’s patents granted in Great Britain (No. 6 367, May 11, 1886, for “Hair-springs”, and, No. 8 730, July 3, 1886, for “Balances”).
Ward made preliminary arrangements with Paillard, a former precision-regulator for Patek Philippe & Co., and Louis Bornand, a former manager of Henry Capt & Co., in Geneva, and began arrangements to get rights to the Paillard’s patents.
On January 1886, a draft was made for a proposal of forming the company. It was to be incorporated in Detroit, with a capitalization of US$ 50 000.-, and to be called the “Geneva Watch Co.”. About a month later it materialised. The watches were to be manufactured by Bornand in Geneva.
On February 23, 1886, the first order was given for 34 pieces including twelve with horological complications.
On March 16, 1886, a new agreement was signed and the name of the company was changed to “Geneva Non-Magnetic Watch Co.”, incorporated in New York with Paillard and Bornand responsible for the manufacturing.
Paillard’s agency was located at 2, rue Kleberg in Geneva and the Bornand plant at 64, Grand Quai in Geneva (former Tiffany plant, as reported by Jeweler Circular in 1889). The Non-Magnetic Watch Co. office was located at 5, Quai du Mont Blanc.
In 1886, the company filed for the patents rights for manufacturing palladium springs in France, England, Germany and the United States, because in Geneva, Dufane-Lutz had also started making palladium springs.
In 1887, a new contract was signed with J.-J. Badollet in Geneva and Aeby & Co. in Bienne, watch manufacturing companies, for producing ebauches. That same year an arrangement was made with Patek Philippe & Co. for their blancs to be made in the Patek Philippe factory and finished by Bornand. These were probably the highest grades of Non-Magnetic Watch Co.
In the same year, a new company was organized, the “Non-Magnetic Watch Co. of America”, in the hope of promoting the watch as an American product, for at the time these had an excellent reputation (see: Antiquorum, New York, auction, November 28, 2001, The Art of American Horology). The watches were tested by Thomas Edison, Webb C. Ball, and Henry Abbott. In 1889, the Non-Magnetic Watch Co. showed its products in the Saint-Louis Exhibition and in 1893 in the Columbian Universal Exposition in Chicago.
In 1895, Charles Paillard died; it appears that shortly after A. C. Becken of Chicago purchased the company and started selling the inventory. He contracted the Illinois Watch Co. to make non-magnetic movements for him and marketed them as “Non-Magnetic Watch Co. of Chicago, USA”.
In 1899, Becken advertised products labelled “Paillard, Non-Magnetic Watch Co., Chicago, USA”. The movements were made by the Illinois Watch Co. A year later in his catalogue appeared watches labelled “Geneva Non-Magnetic” and “Non-Magnetic of America”. These most likely came from the Non-Magnetic Watch Co. inventory. He also stated that he was “the manufacturer of Paillard Non-Magnetic Watches”, and that he had bought Non-Magnetic inventory and acquired the rights to the patent.
Bibliography