An exceptional and extremely rare, manual wind, 18k yellow gold chronometer tourbillon wristwatch, made in only 12 examples for observatory trials. 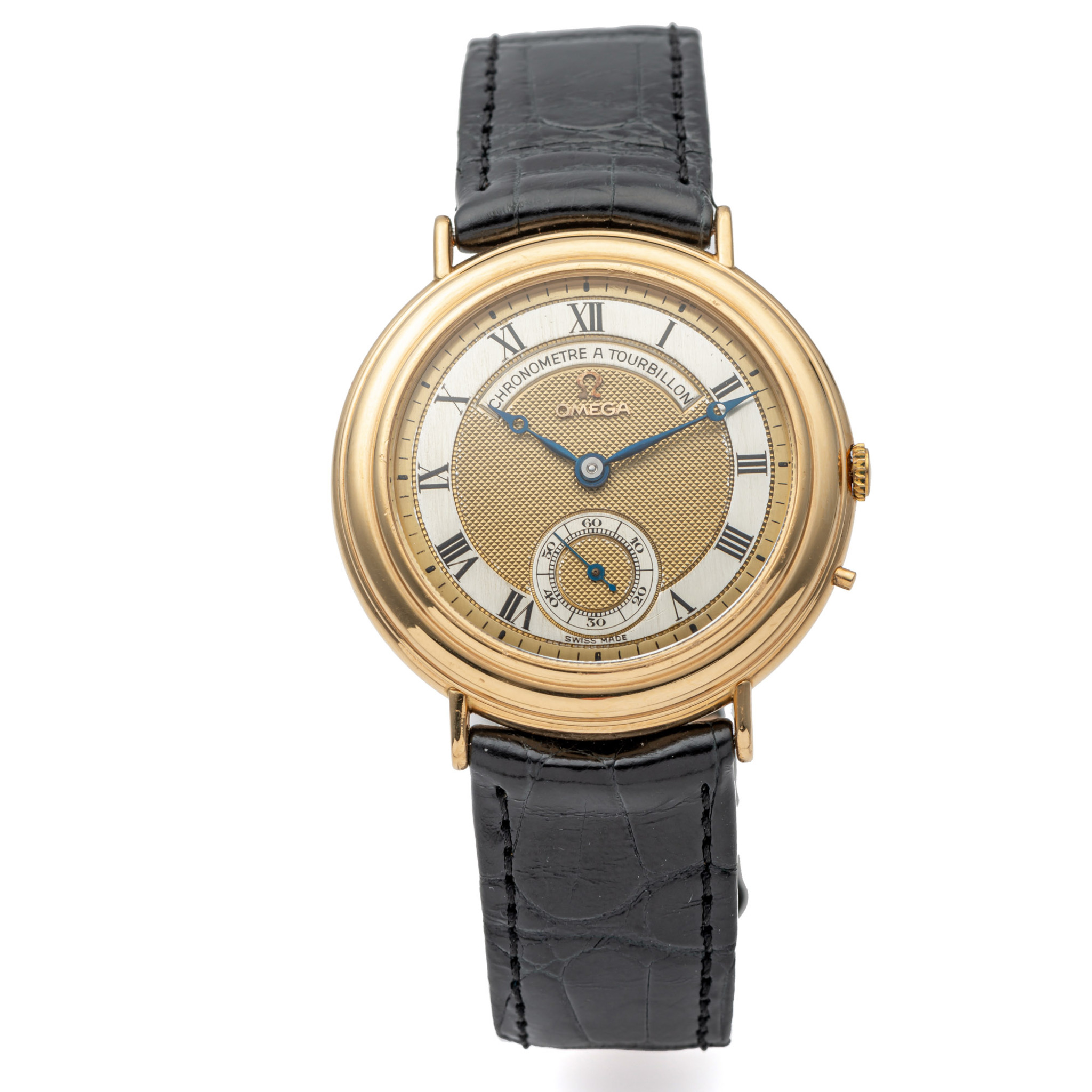 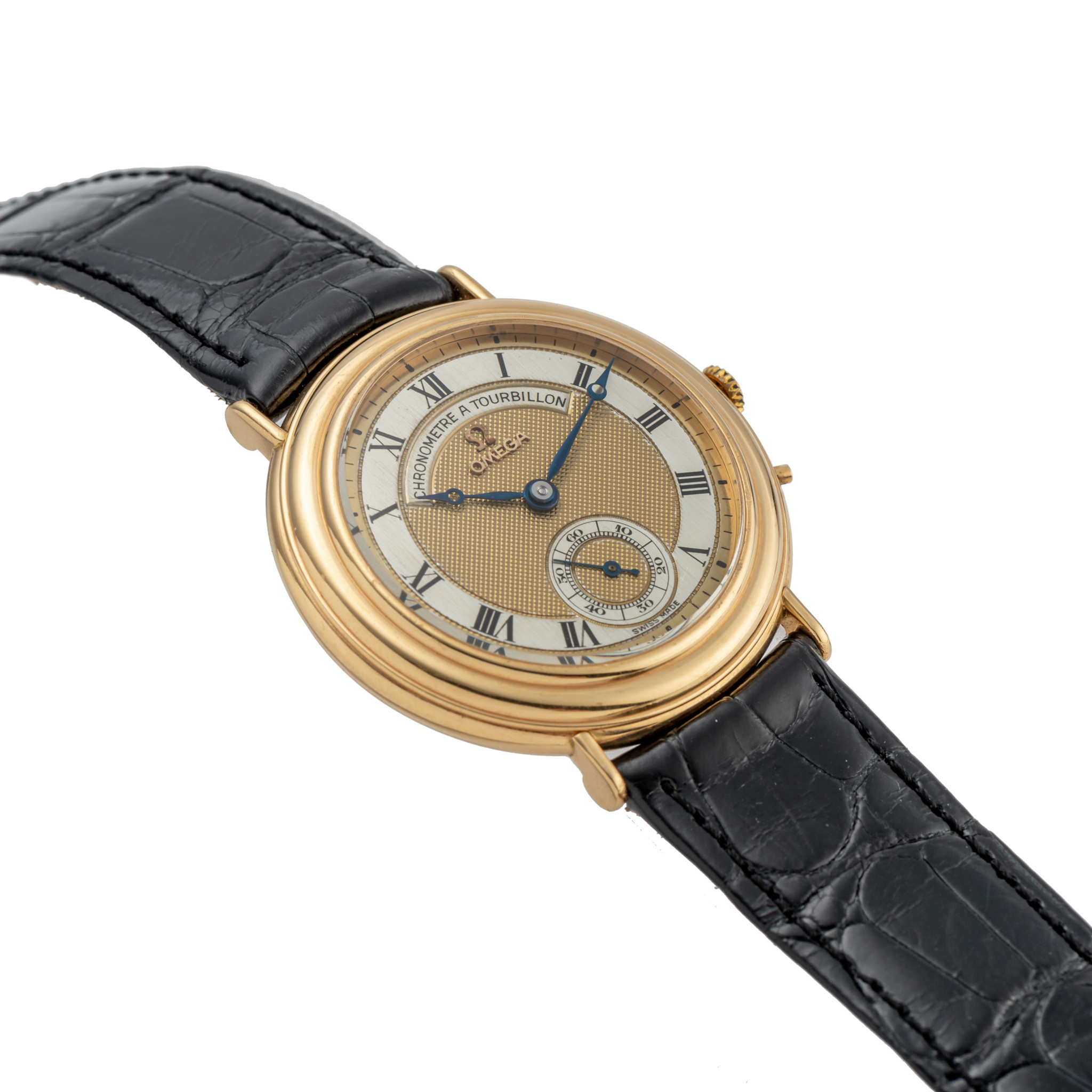 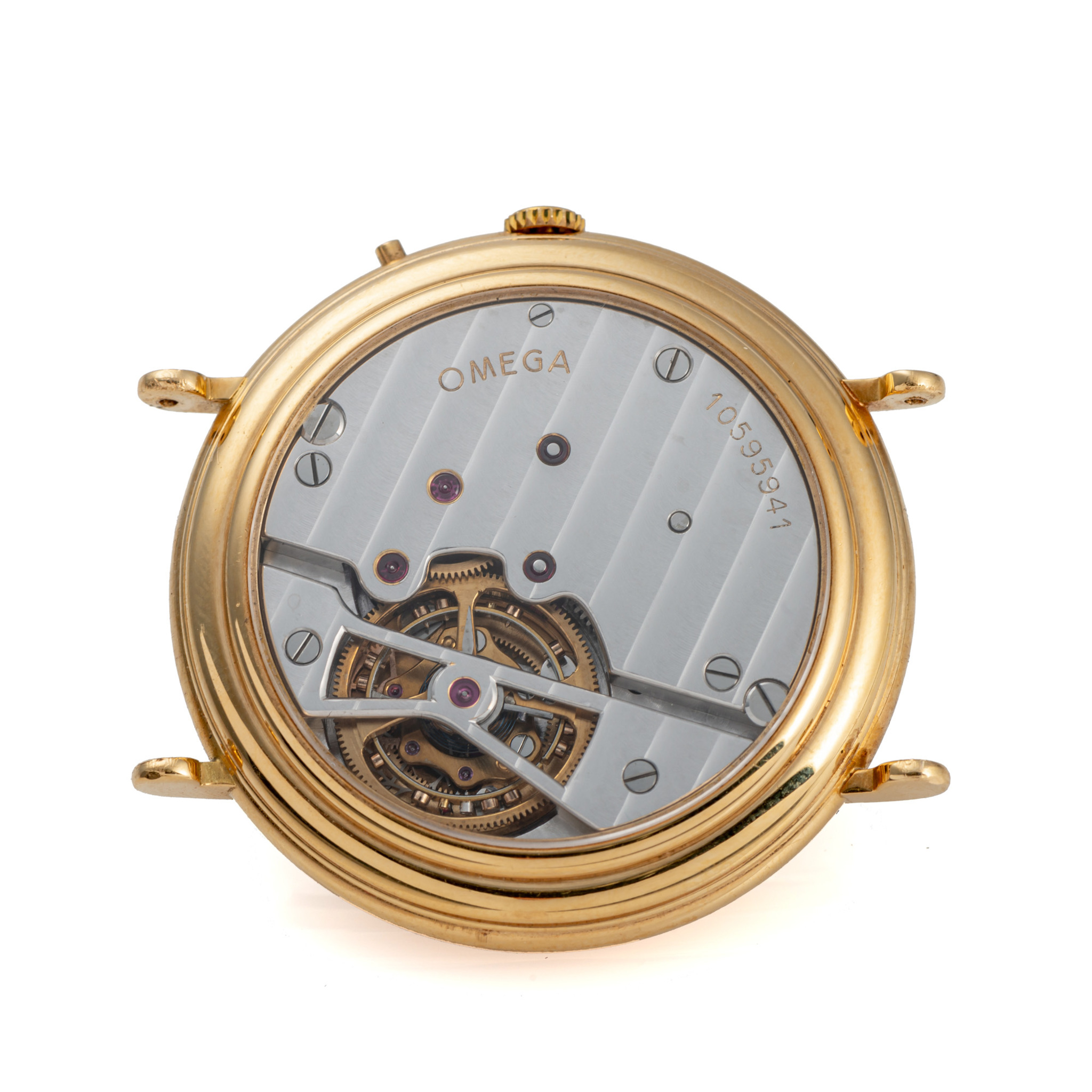 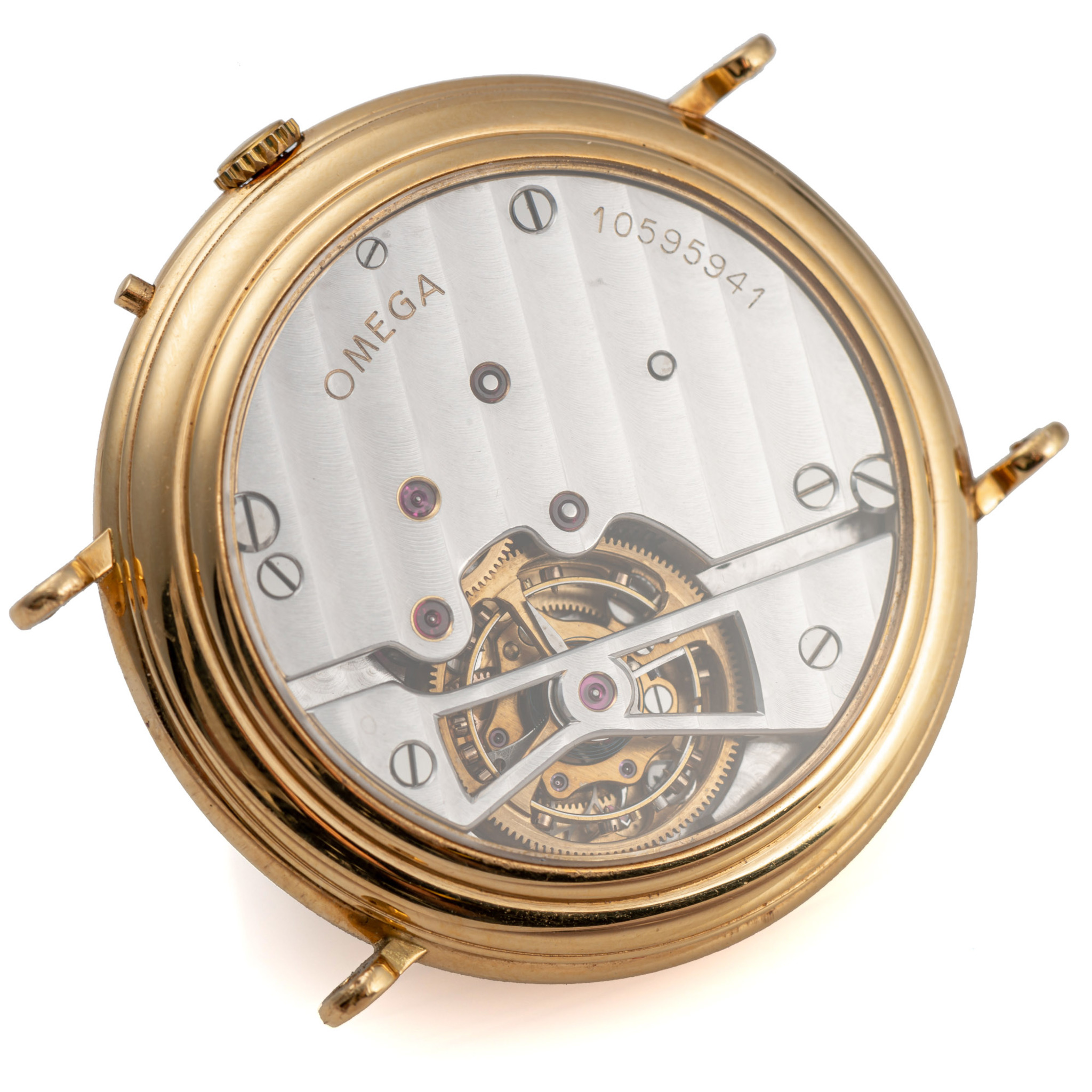 Conceived to eliminate positional error, the “tourbillon” is a rotating cage containing all the escapement parts, with the balance at its center. Omega designed only twelve examples of this chronometer, exclusively for Observatory precision contests; they were made by Jean-Pierre Matthey-Claudet according to plans drawn by Marcel Vuilleumier, director of the “Ecole d’Horlogerie” of the Vallée de Joux. Regulated by the famous Alfred Jaccard, some of these watches obtained excellent results from 947 to 1952 in Kew Teddington (London), Neuchatel and Geneva. One piece particularly - No. 10’595’933 - won 867.7 points at the Geneva Observatory contest in 1950, the best performance ever achieved up to that time in the category of single wristwatches. In 1987, seven of this series of chronometers had their 2/3 plate movement entirely overhauled, rhodium-plated, angled, polished, decorated with “Cotes de Genève” and fitted with an 18K gold or silver case with transparent back and
push-button for time-setting protected by an olivette.
Recently discovered information by the Omega archives has come to light that in the 1980’s, this movement was owned by Mr Franck Muller himself and that he was the one that finished and assembled the movement. Mr Muller had the dial made by Tille and the case was ordered to the famous casemaker of Patek Philippe cases, among others, to Mr Jean-Pierre Hagmann. We would like to thank the Omega Museum for their help in researching this piece.