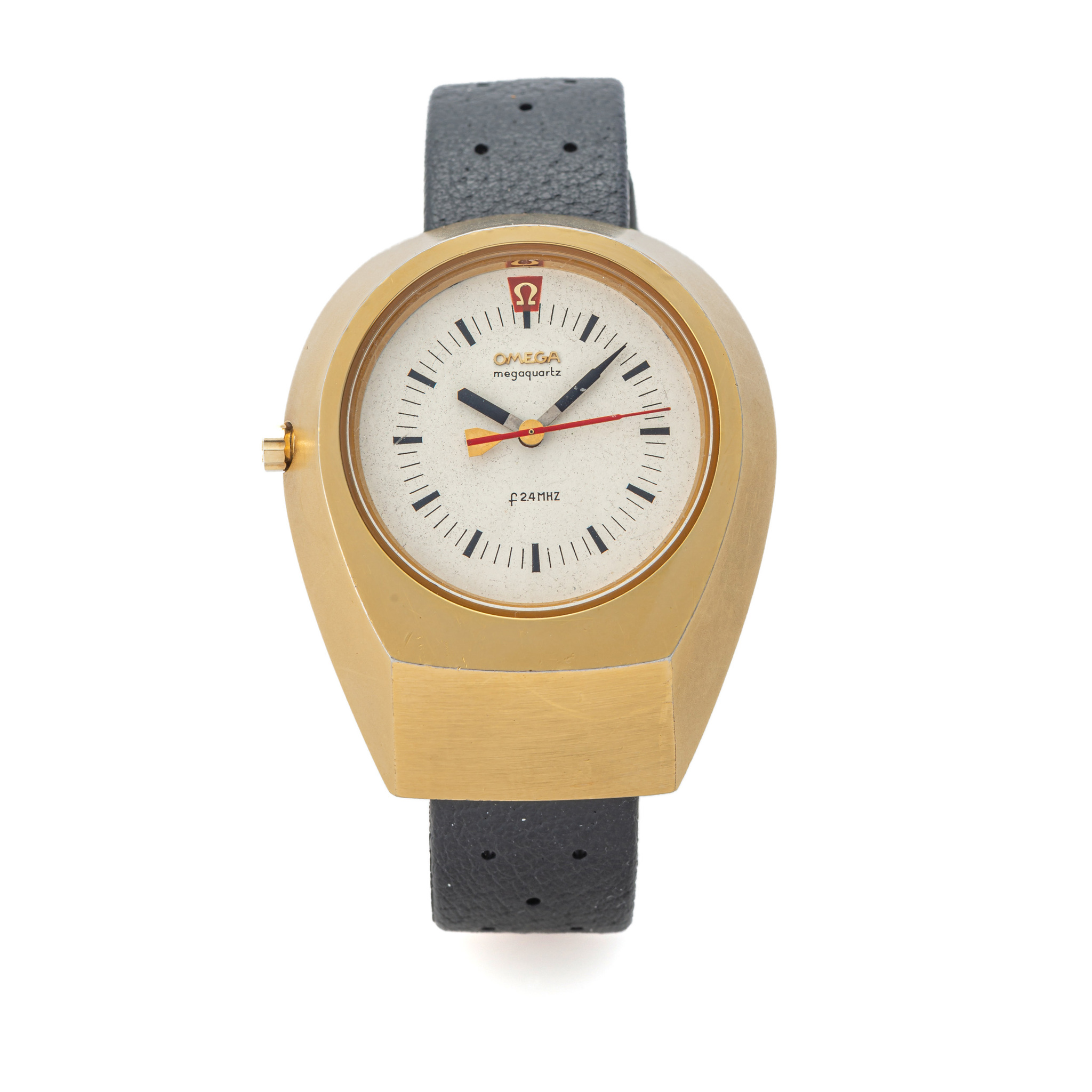 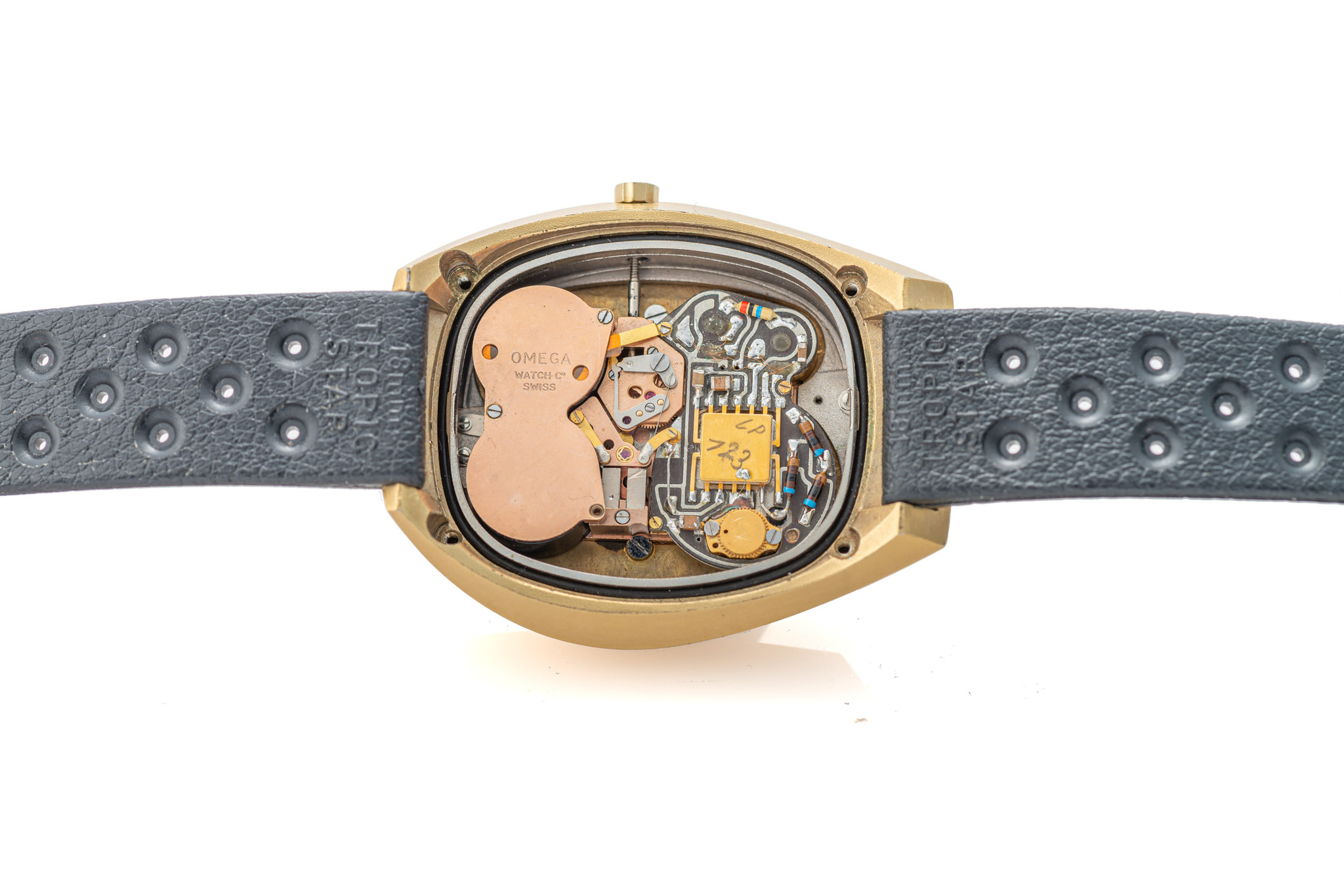 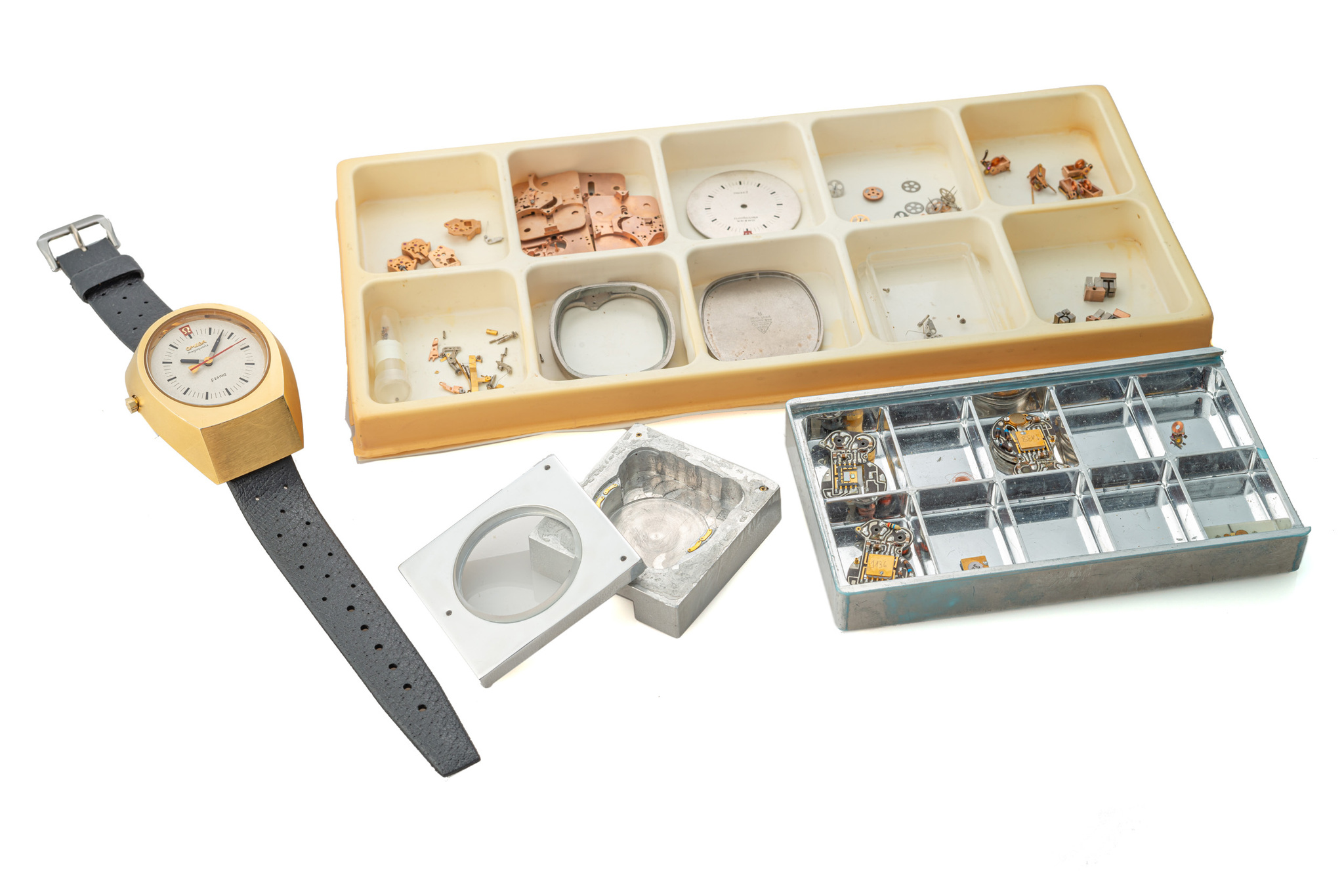 Omega, “Constellation” “Megaquartz 1500” “ƒ 2.4 Mhz”, prototype, Marine Chronometer” or the birth of the most accurate wristwatch in the world
The “Megaquartz 2400”, indisputably the most accurate and the most technologically advanced wristwatch in the world, was developed since the very late 1960s by Omega in collaboration with the Battelle Institute of Geneva.
The first prototypes fitted with the calibre 1500 were presented at the Basel fair of 1970. It is one of these pieces that we present here (with many components, including a dial marked “electroquartz / ƒ 2.4 Mhz” and six bridges: one referenced “1500”; four numbered “00003565”, “00003569”, “00003589” and “00003590”; and one unmarked).
The first watches were introduced to the market in 1972 in a standard version (with the calibre 1510) and in 1974 in the “Marine Chronometer” version (with the calibre 1511).
The design of these movements is due to the Battelle engineers Jakob Lüscher for the electronics and Peter Döme for the mechanics. Its unmatched precision of one second a month is around ten times greater than of an ordinary quartz watch. This precision results from a specially designed tiny disc-shaped resonator sealed in a capsule, which vibrates at the incredible rate of 2 359 296 times a second! It will take a decade to achieve similar results with thermocompensated quartz calibre.

By descent from an Omega engineer