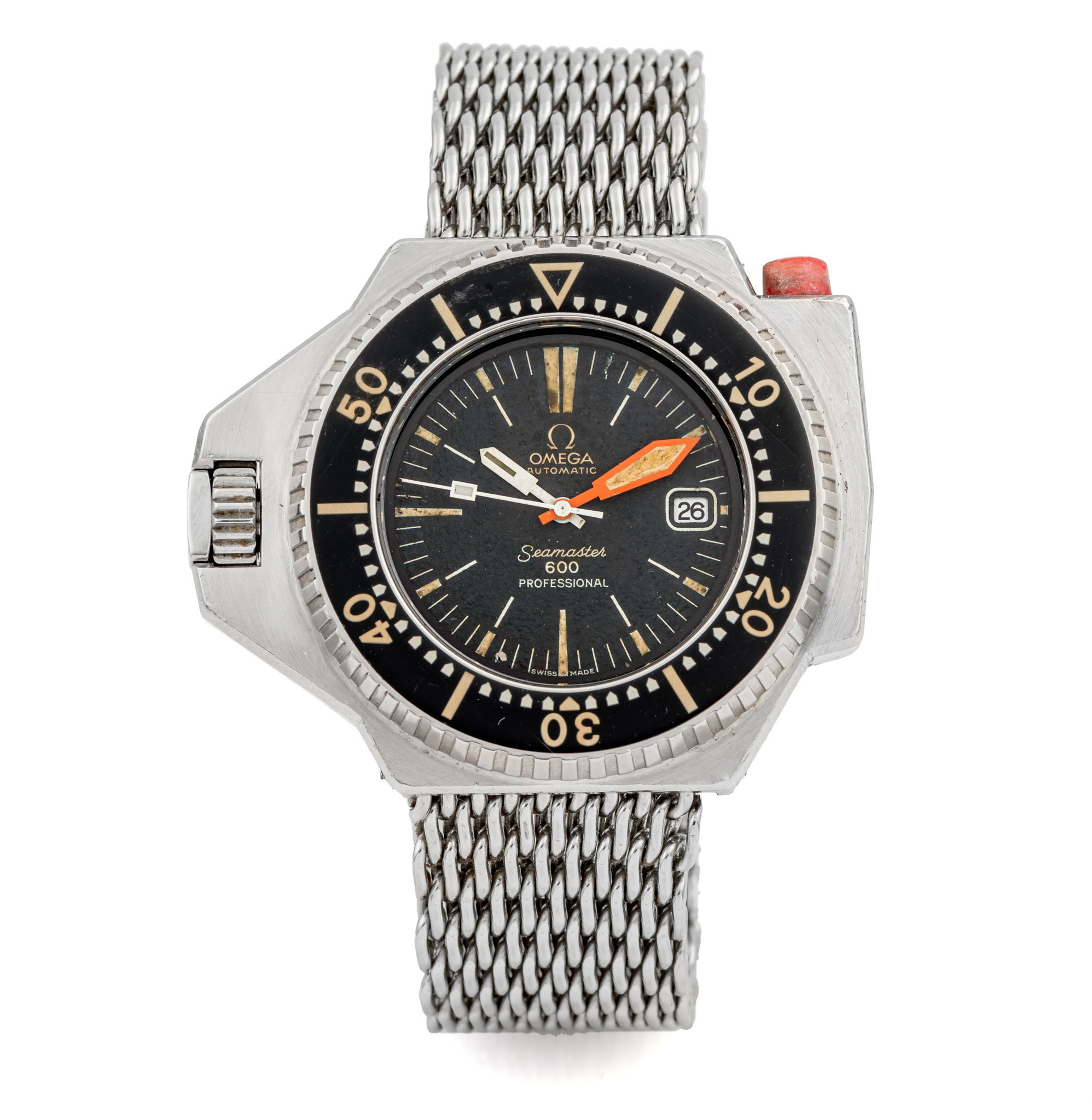 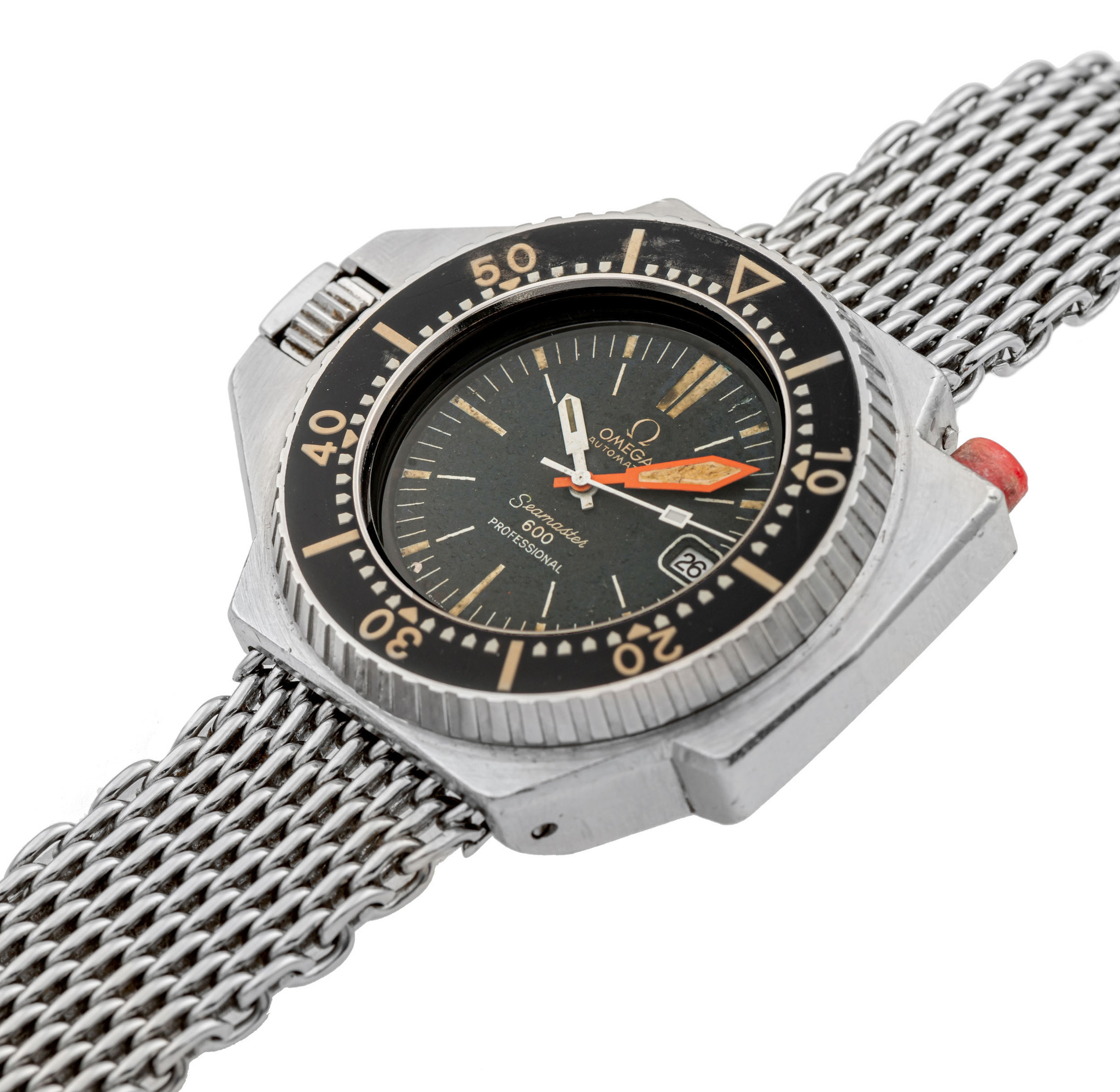 Omega “PloProf”
Developed in conjunction with Comex and the legendary Jacques-Yves Cousteau (1910-1997), Omega conceived and developed what was probably the first waterproof watch designed and built solely for the diving professional. The watch took four years to come to the market after extensive testing and arrived in 1970. It was nicknamed “PloProf” by the French speaking development team and derives from the French term “PLOngeur PROFessionnel” (Professional Diver).
Comex used early models of the “PloProf” and continued their research into living underwater for prolonged periods. One Issue that still concerned Comex was helium infiltration, which carried the danger of causing a watch crystal to pop out during decompression. There is no proof that this problem occurred with any “PloProf”, and later tests by the American diving research centre Ocean Systems Inc. in Tarrytown, NY, certified that the “PloProf” was ‘more watertight’ than a submarine. However, Comex wanted to be sure to combat the helium infiltration issue, rather than trust improved watch-case sealing. They chose to continue their research work with Rolex and Doxa to test their new Helium Expulsion Valve (HEV) designs. HEVs were incorporated in the Rolex “Sea-Dweller” which Comex used reliably for many, many years.
During the 4 years gestation period the “PloProf” was tested to 600 m. at the Omega factory and to 1 000 m. in the Gulf of Lion, off the coast of Marseilles. It was used by Commander Jacques Cousteau during his series of experiments designed to test man’s physical and psychological capacities when working at depths of 500 m. During ‘operation Janus’ in 1970, three Comex divers wore the watch at a depth of 250 m. for four hours a day, for eight days whilst exploring the sea floor in the Gulf of Ajaccio.
The watch was very expensive and the top of Omega’s range at the time of its launch. It is unclear, and unlikely, that Omega recouped its development costs in the model’s life-span between 1970 and 1979. The “PloProf” was a hit with professional divers but its price, approximately twice that of a Rolex “Submariner”, kept many hobby divers away. The Swiss retail price in 1973 was CHF 690.- on Isofrane strap, and CHF 720.- on Milanese bracelet (known these days as ‘mesh’). These factors mean that today these watches are reasonably rare.
--
*a 20% import VAT is due on the hammer price with buyer's premium, plus 150€ for termination of temporary export, at buyer's expense, only if it is delivered within the EU