Case-back stamped in the centre with the Omega logo, the seahorse and the name “Speedmaster”. 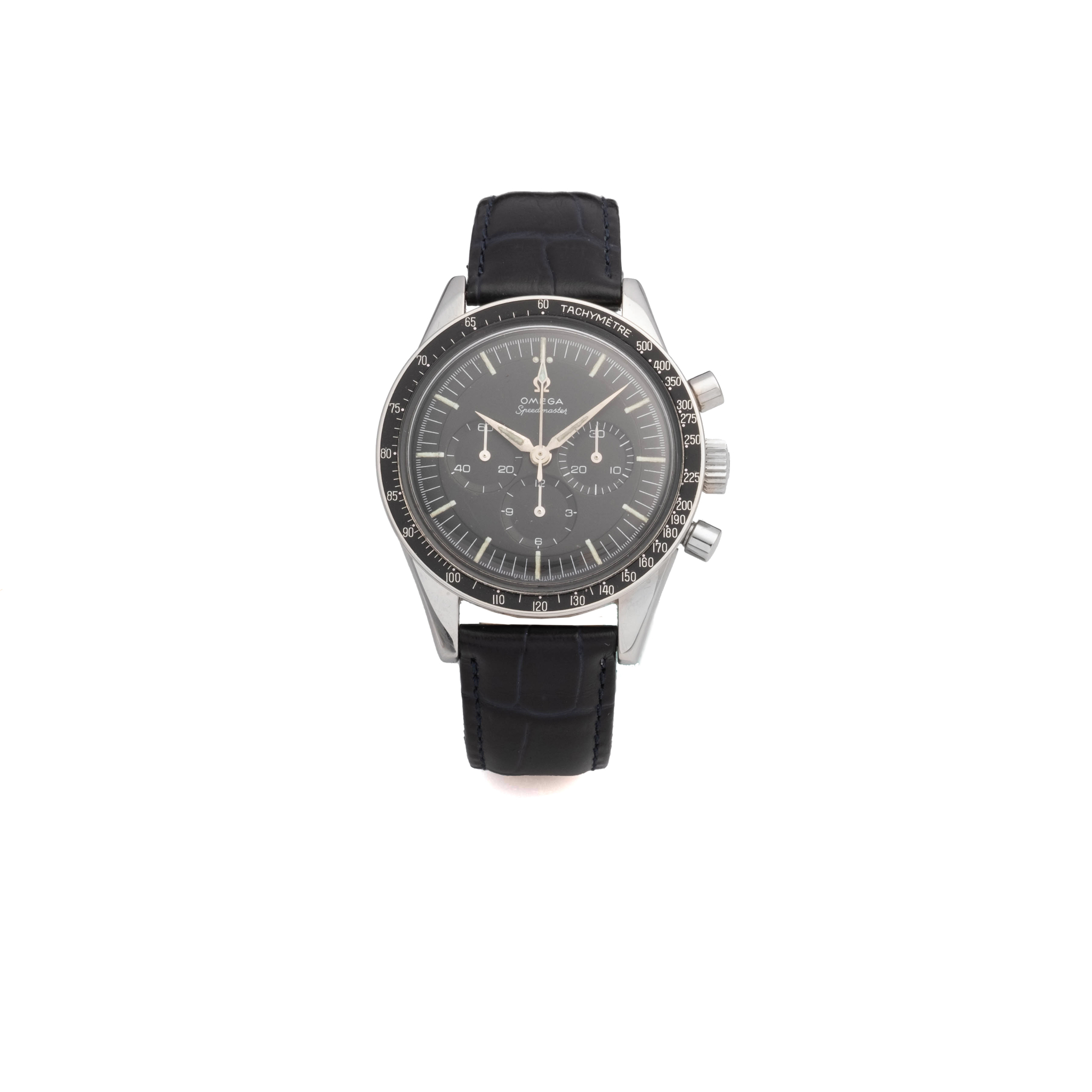 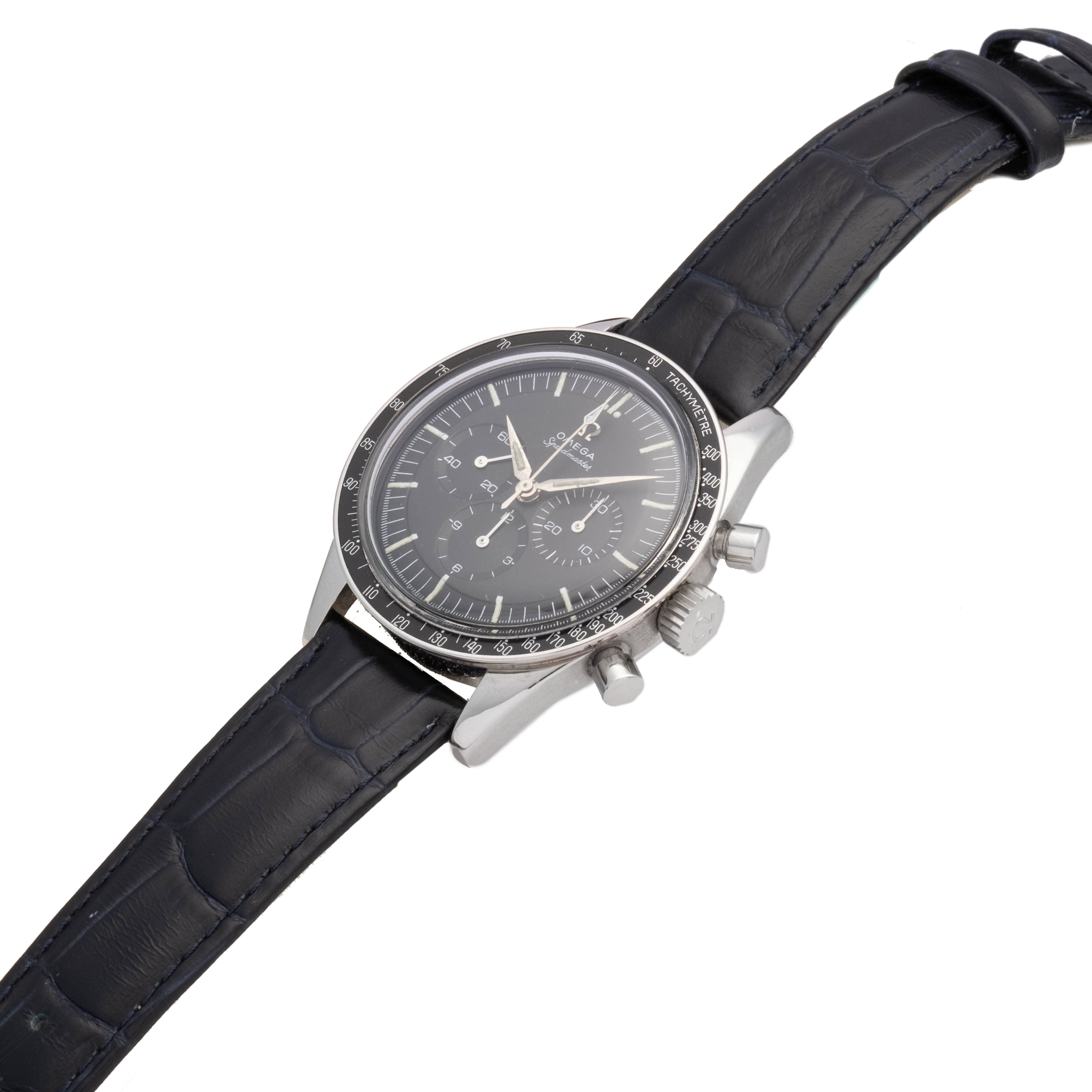 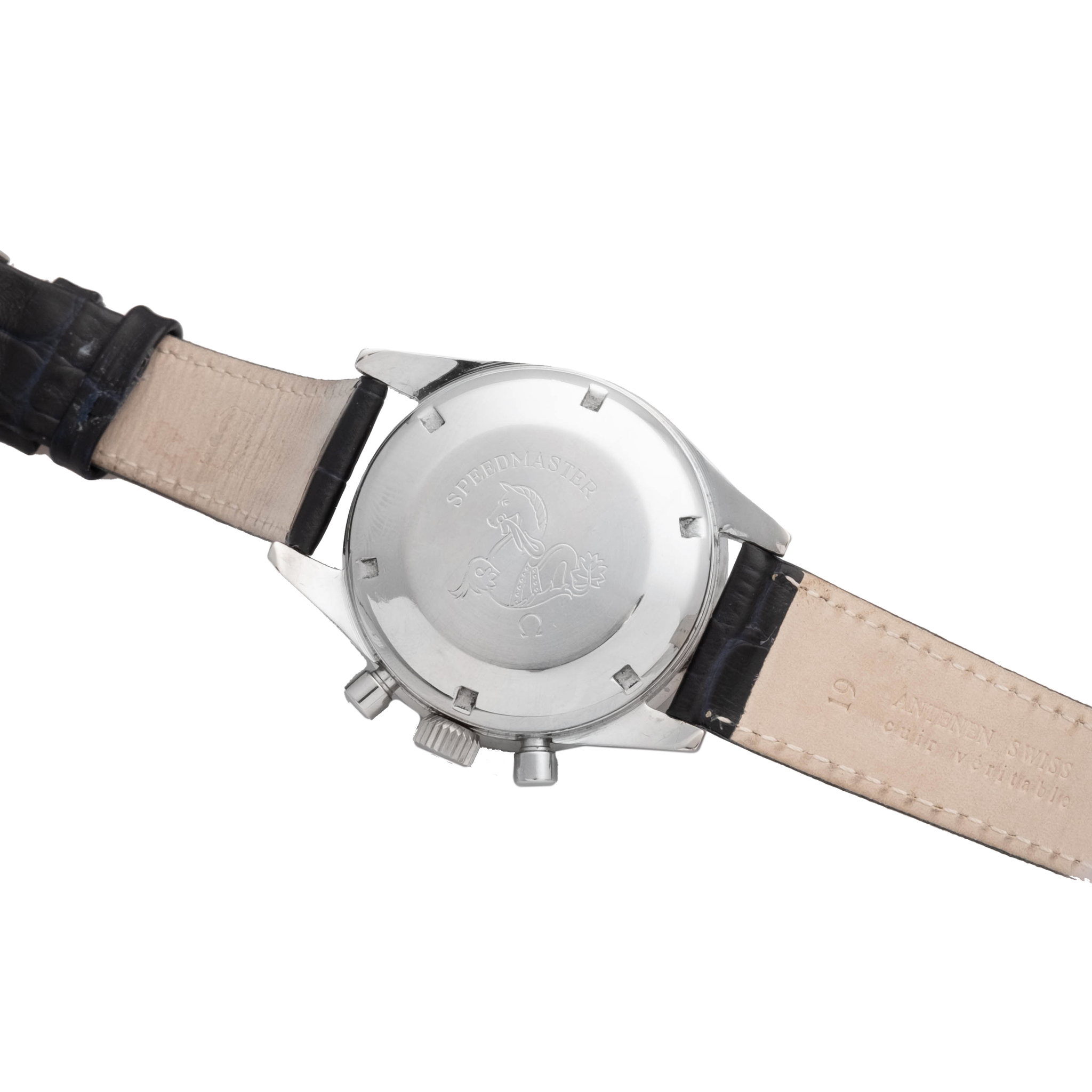 This reference differed from its predecessor in that the “Broad Arrow” hands were replaced with “Alpha” hands and the steel bezel with one with a black insert.

This reference is called the “pre-moon” by collectors.

Edward Higgins White II (November 14, 1930 – January 27, 1967) was an American aeronautical engineer, United States Air Force officer, test pilot, and NASA astronaut. After graduating from West Point in 1952 with a Bachelor of Science degree, White was sent to flight training, and assigned to the 22nd Fighter Day Squadron at Bitburg Air Base, West Germany. There, he flew in F-86 Sabre and F-100 Super Sabre squadrons. In 1958, he enrolled in the University of Michigan to study aeronautical engineering. White then received test pilot training at Edwards Air Force Base, California, before being assigned as a test pilot for the Aeronautical Systems Division at Wright-Patterson Air Force Base, Ohio. White was selected as one of the second group of astronauts. He was assigned as pilot of Gemini 4 alongside command pilot James McDivitt. On June 3, 1965, White became the first American to walk in space. He was then assigned as senior pilot of the first crewed Apollo mission, Apollo 1. White died on January 27, 1967, alongside astronauts Virgil "Gus" Grissom and Roger B. Chaffee in a fire during pre-launch testing for Apollo 1 at Cape Canaveral, Florida. He was awarded the NASA Distinguished Service Medal for his flight in Gemini 4 and was then awarded the Congressional Space Medal of Honour posthumously.