Case-back stamped in the centre with the Omega logo and the mention “the first watch worn on the moon” and “Omega Speedmaster – Apollo XI 1969”. 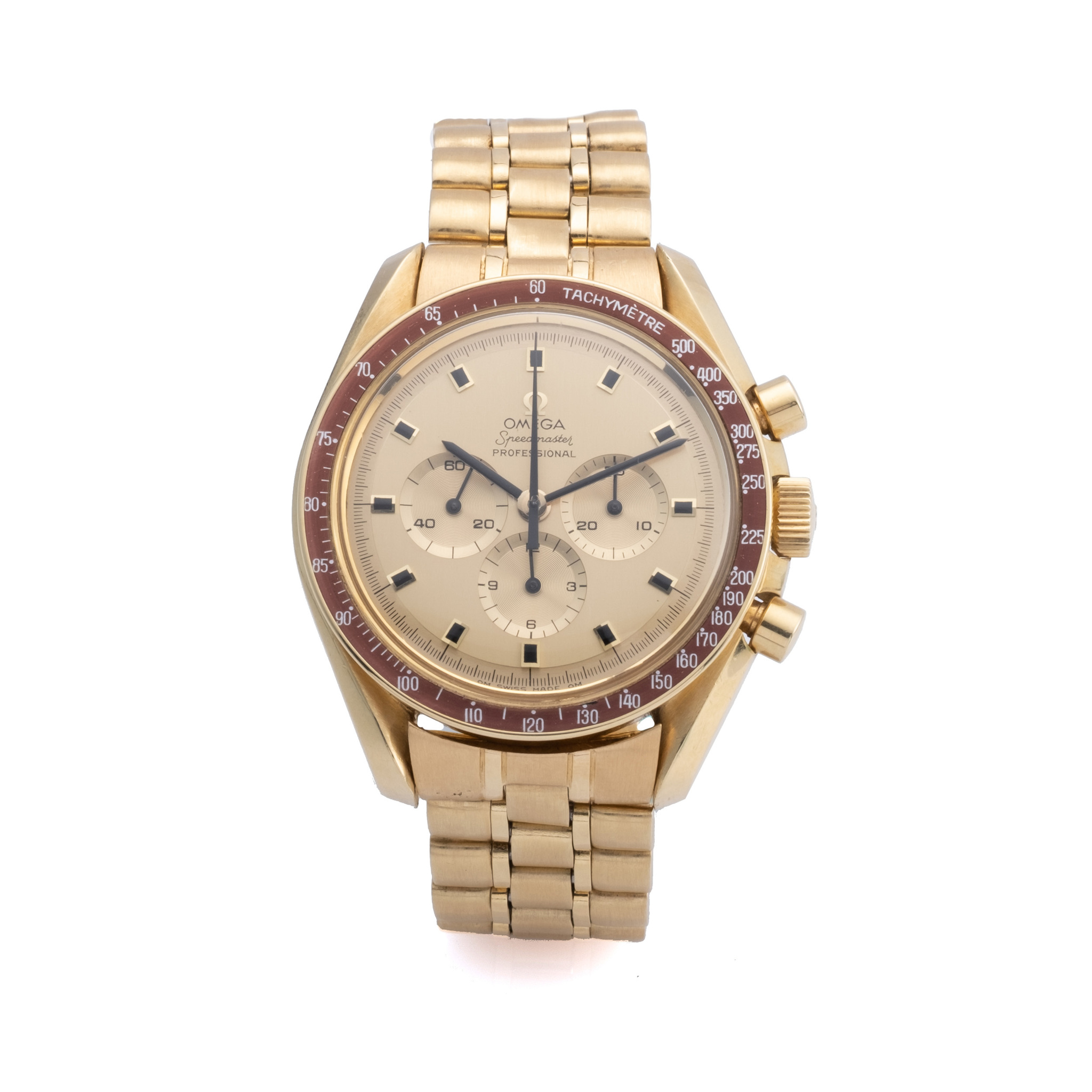 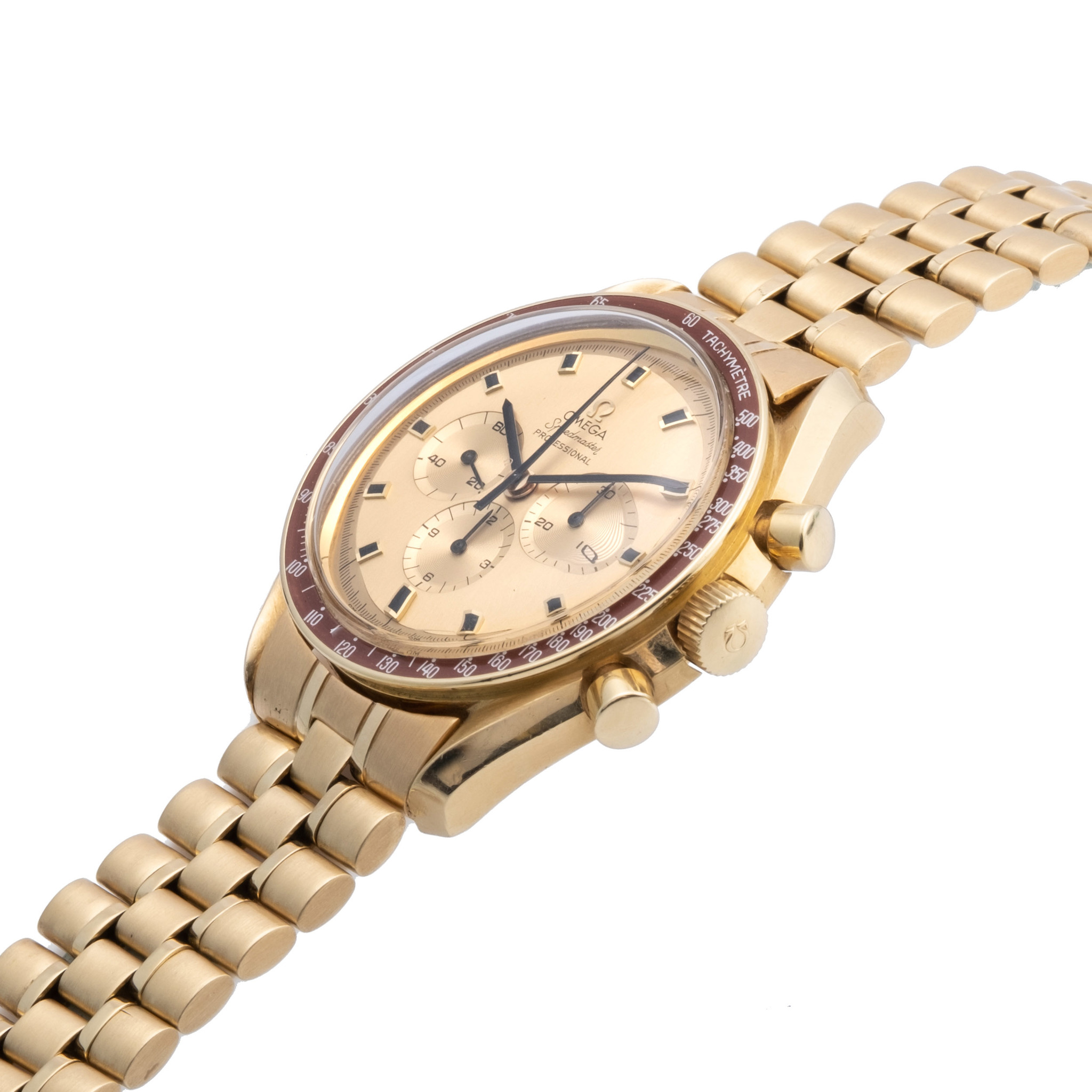 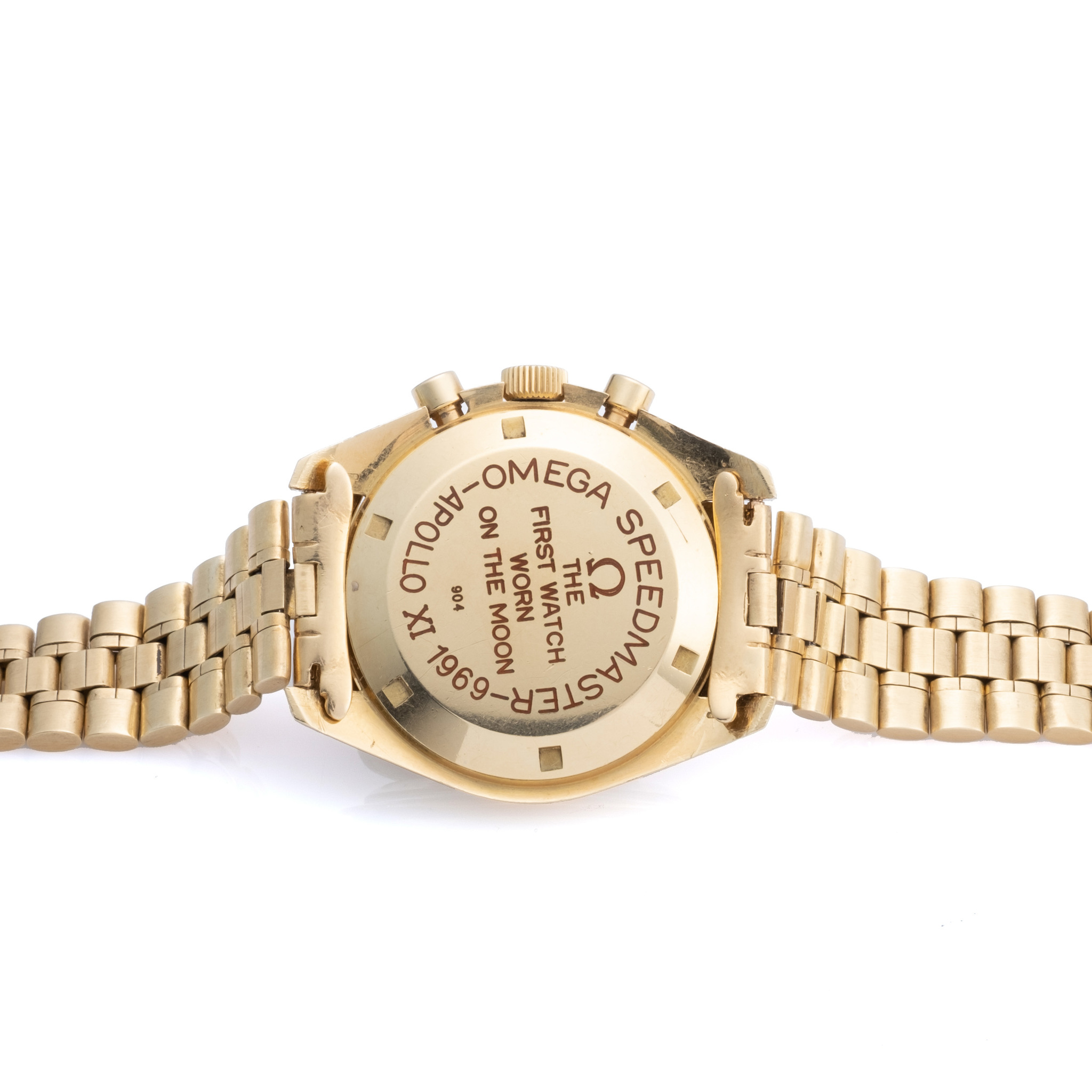 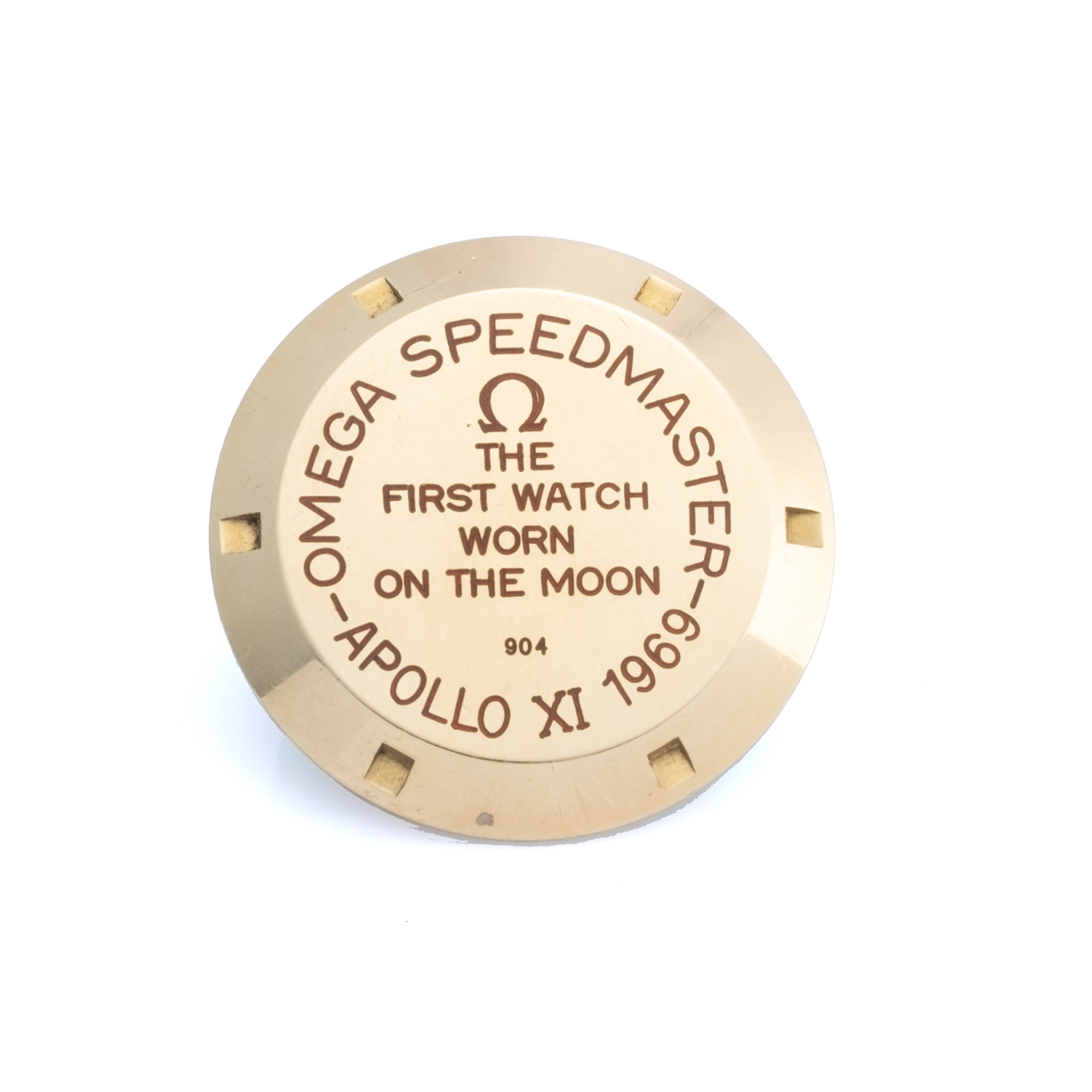 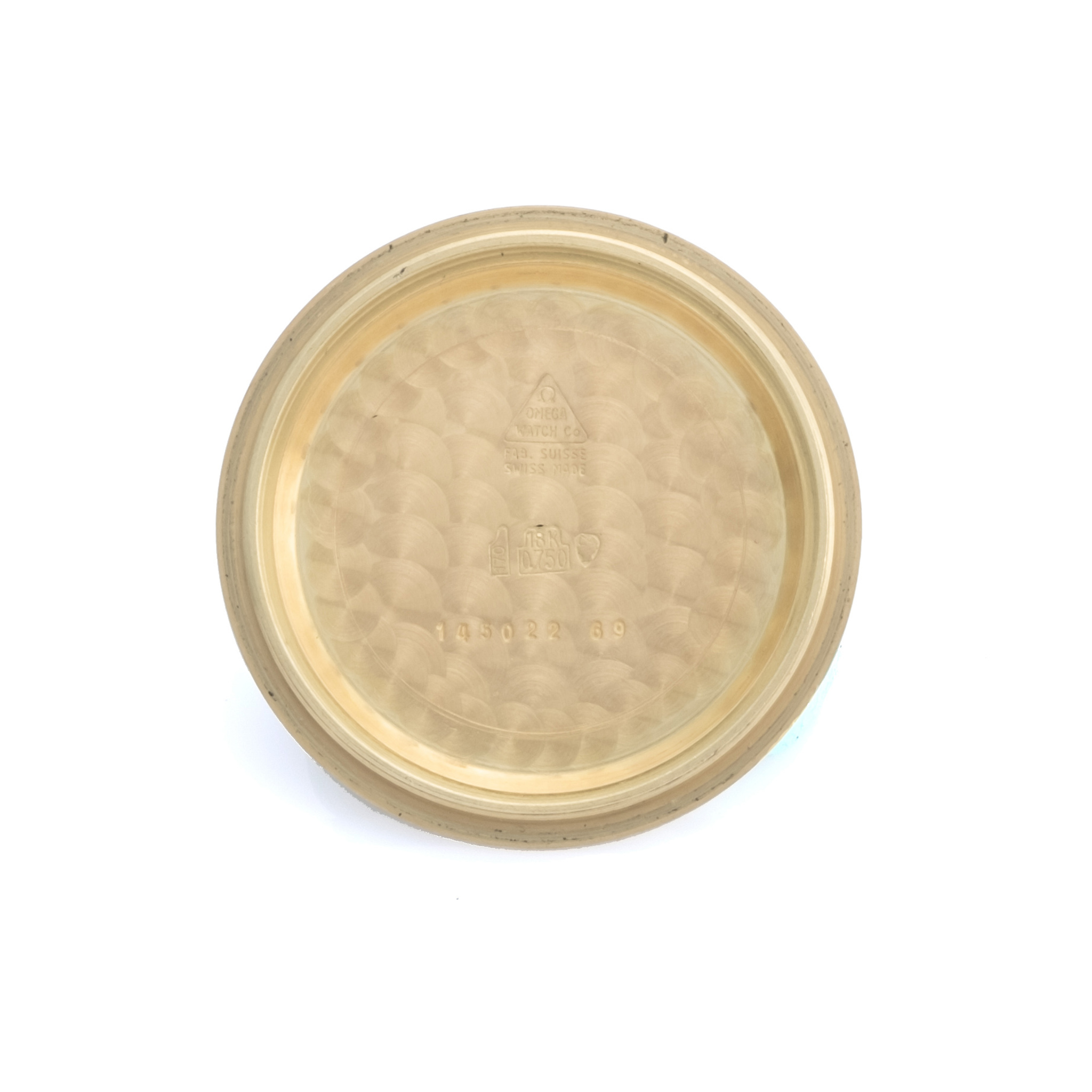 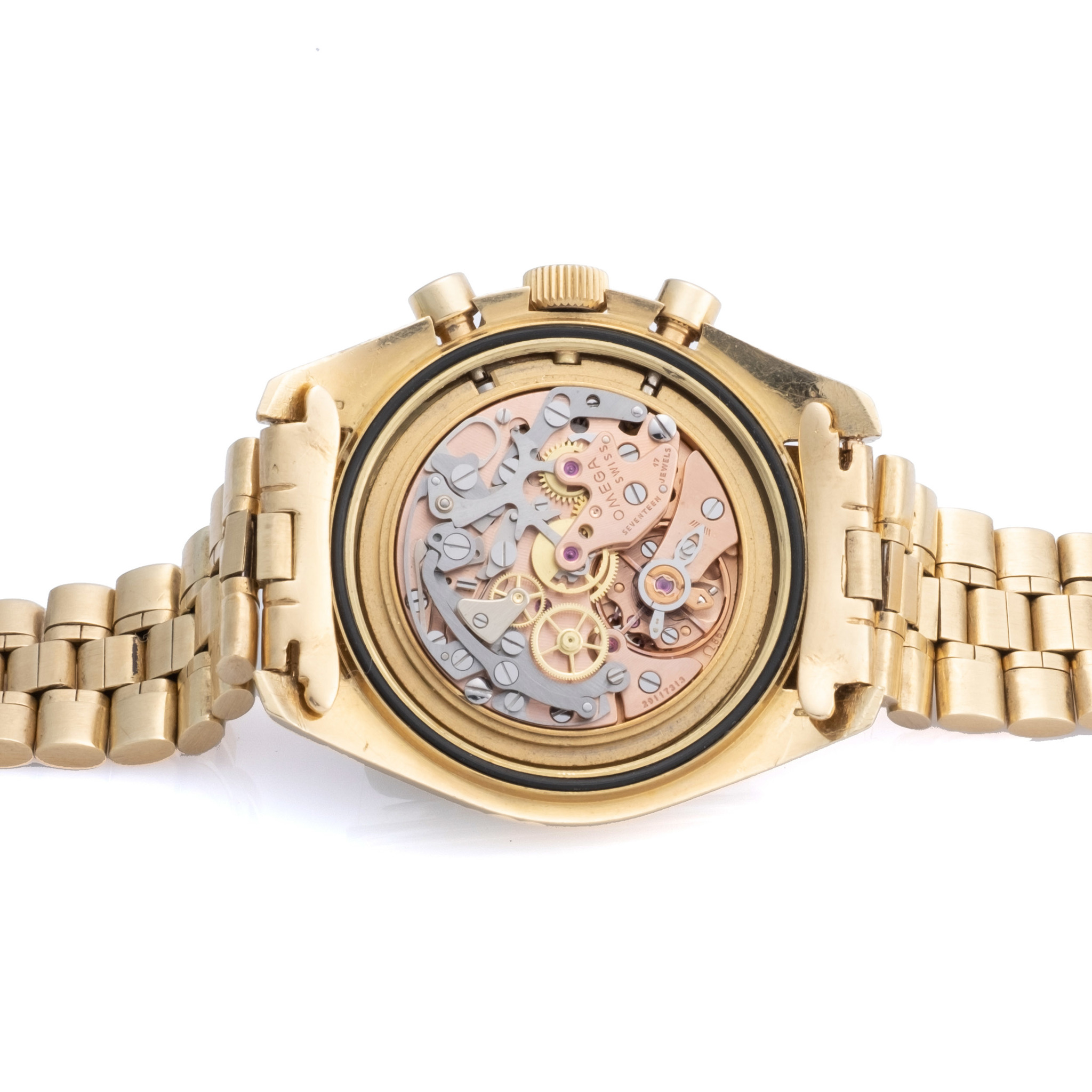 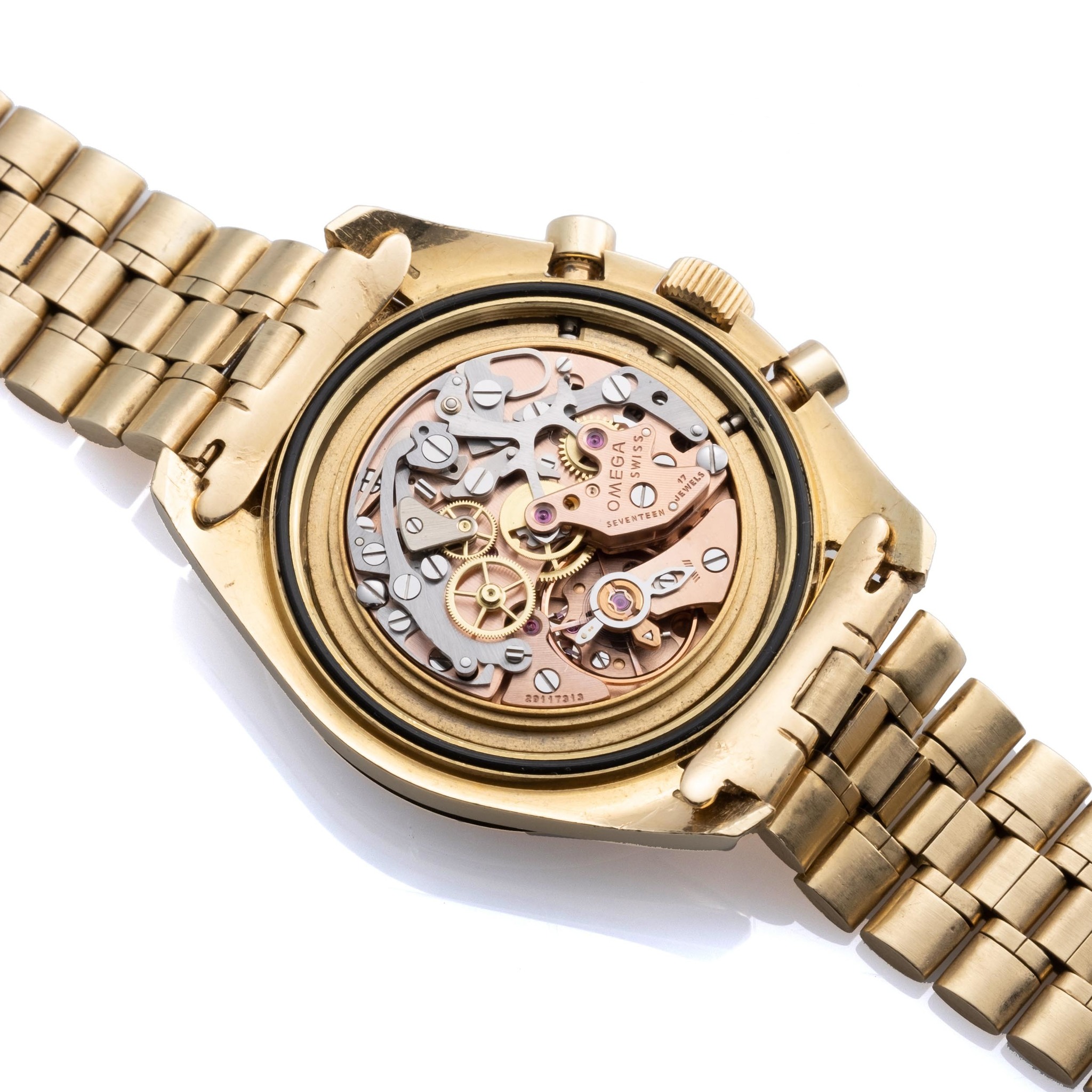 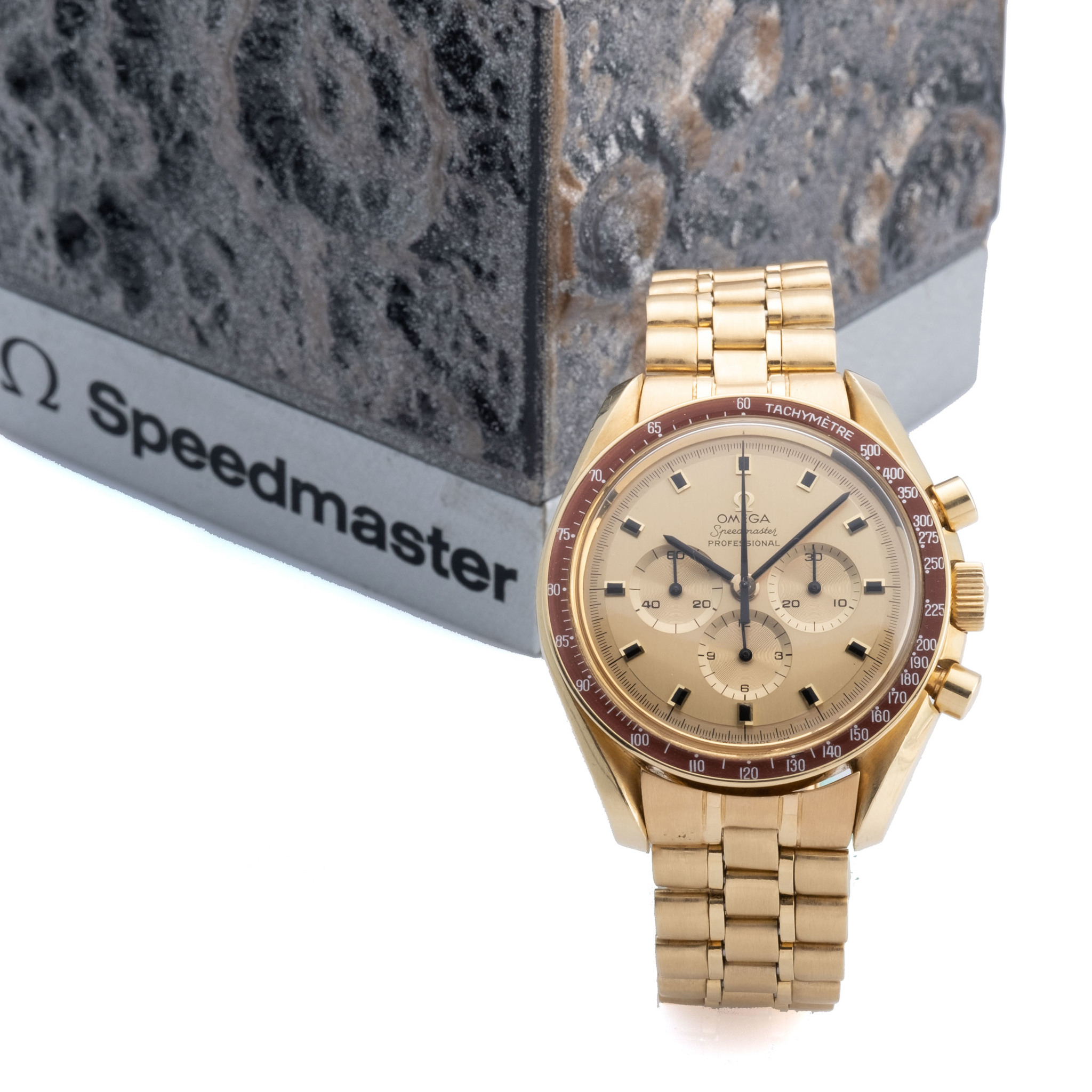 Caliber 861 (based on Lemania)

Omega “Speedmaster” so-called “Apollo 11”
The Omega “Speedmaster” so-called “Apollo 11” model, in 18K gold, was created in the fall of 1969 to commemorate Apollo XI’s successful moon landing.
A total of 1 014 examples were produced, especially for NASA astronauts, two for the President and Vice-president; the remaining were made available for the general public to acquire.
The available examples were assigned an engraved dedications, “Omega Speedmaster – Apollo XI 1969”, “the first watch worn on the moon” and numbered.
The very small quantity offered to the general public was available in two versions. The present watch is from the second version, with the engraving on the case-back painted in a burgundy colour, which complements its burgundy coloured bezel. This watch also features the second version of the dial, showing a round “O” in the Omega signature as opposed to the earlier version, which is more oval-shape.
An example of all three case-backs made in this series are illustrated described by Marco Richon in Omega, A Journey Through Time, 2007, p. 605.