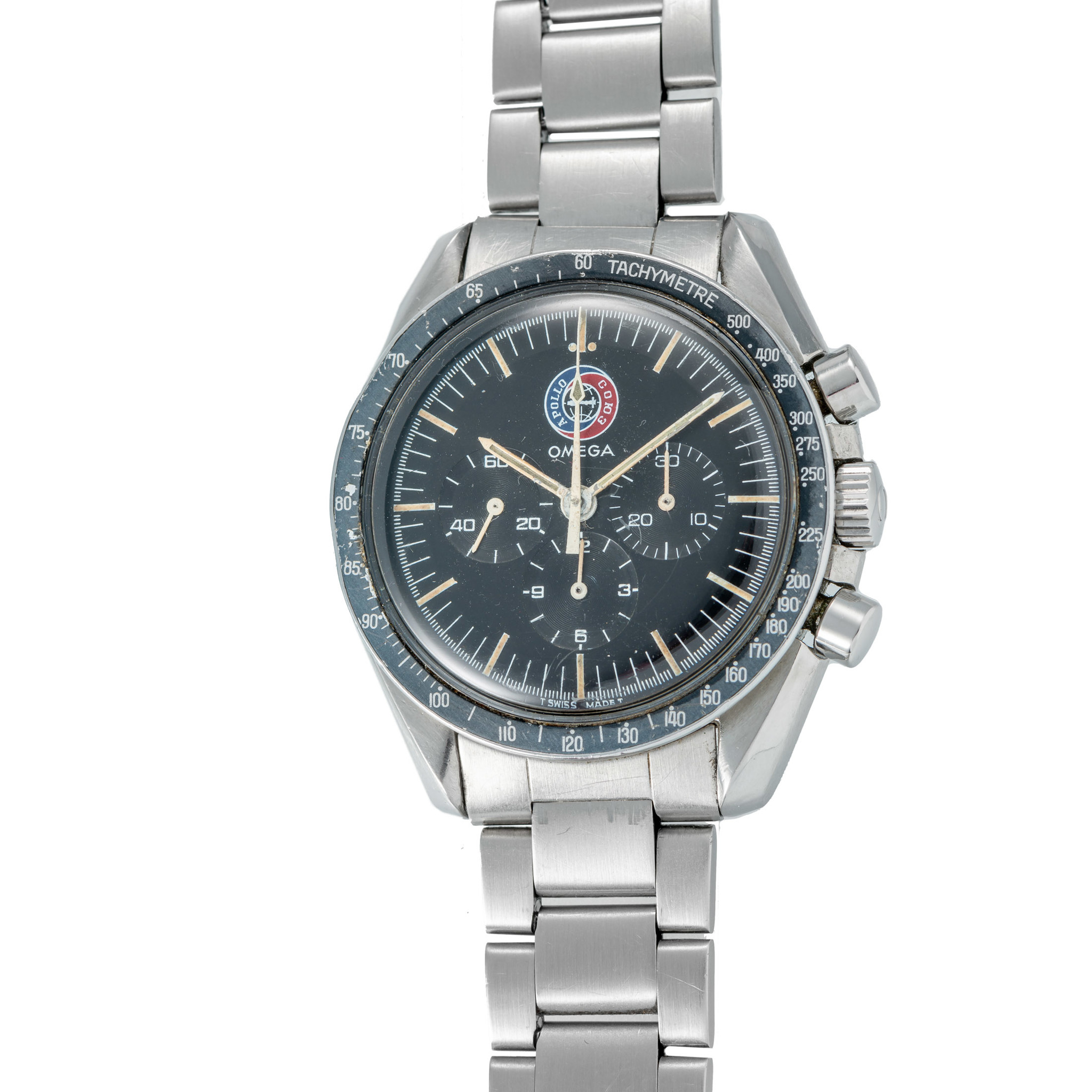 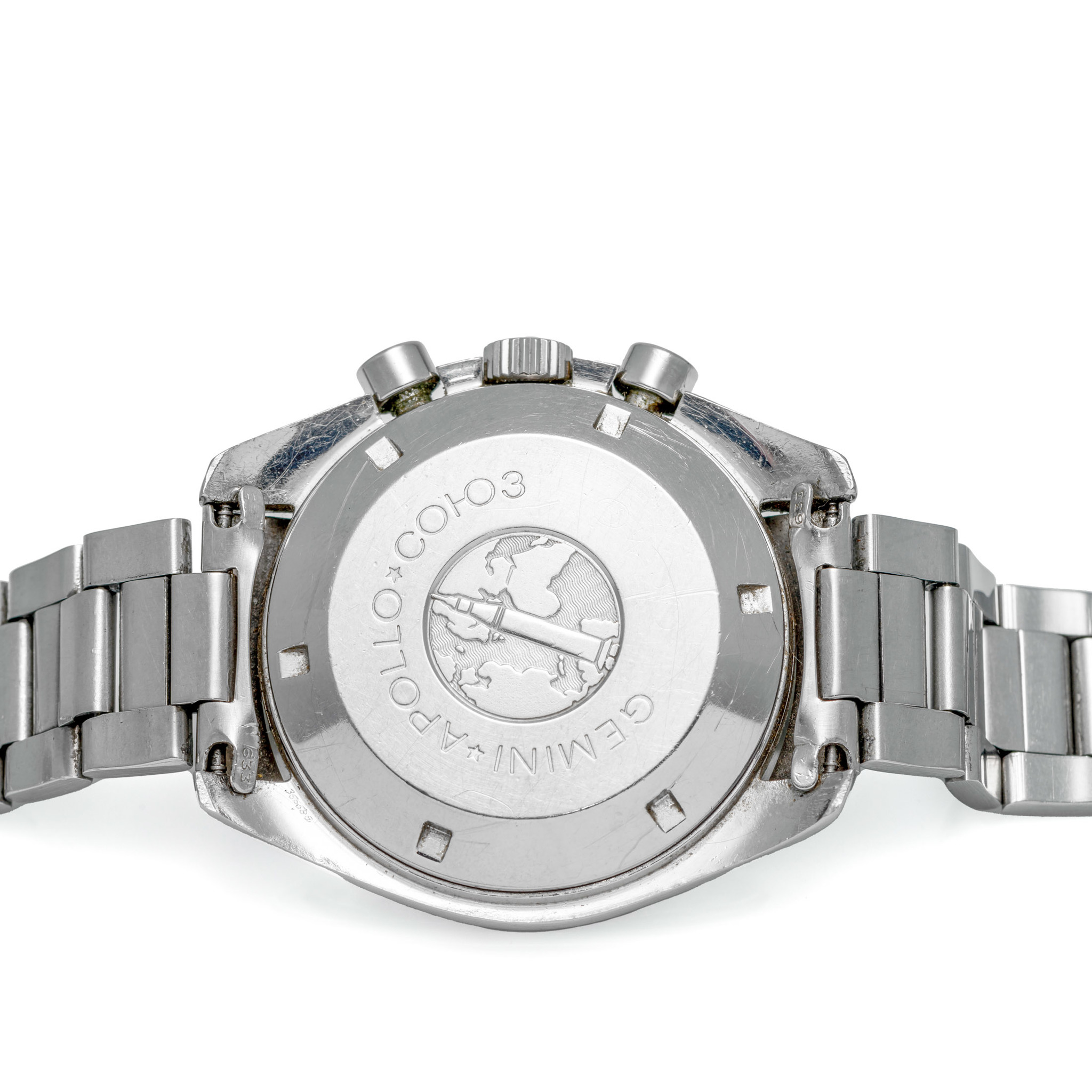 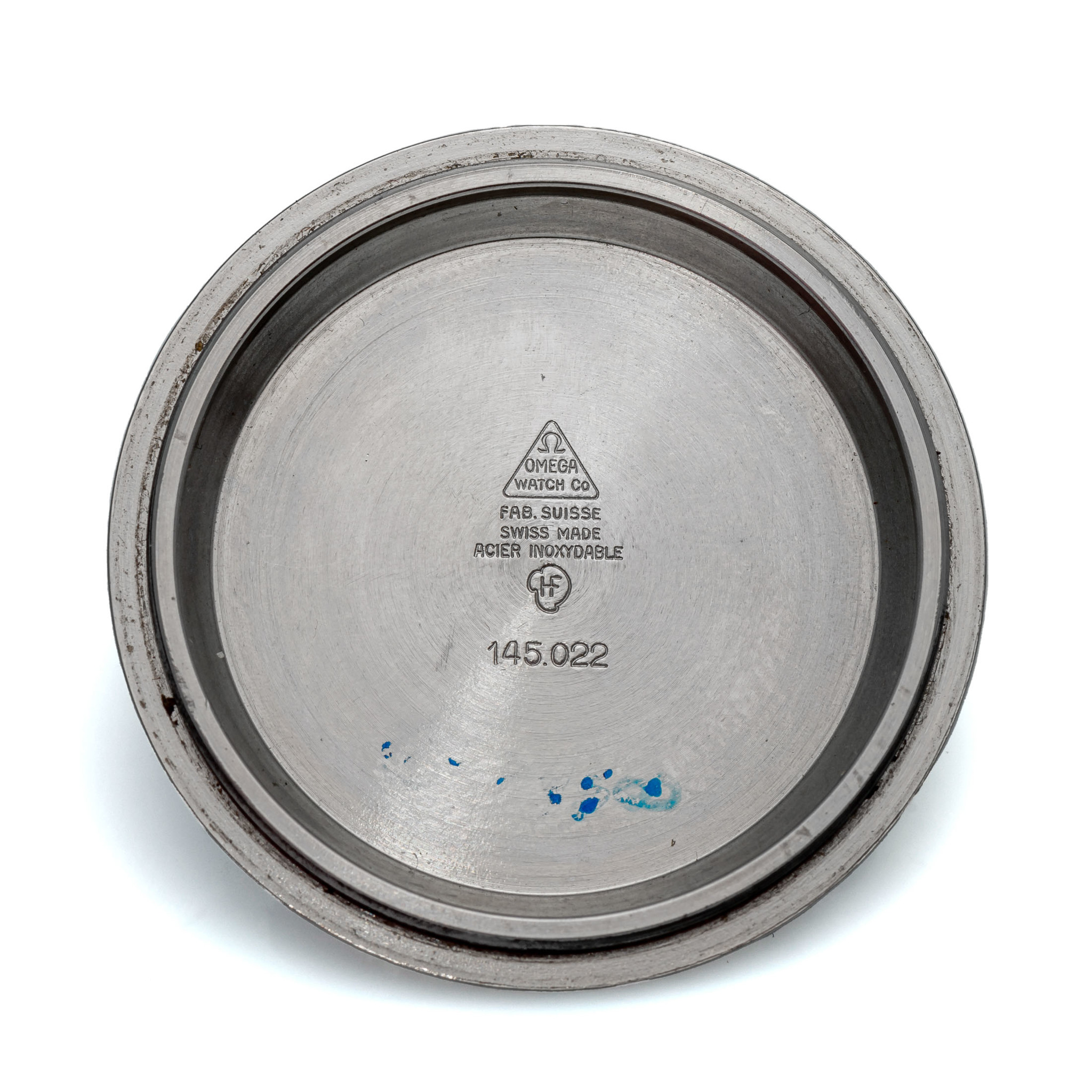 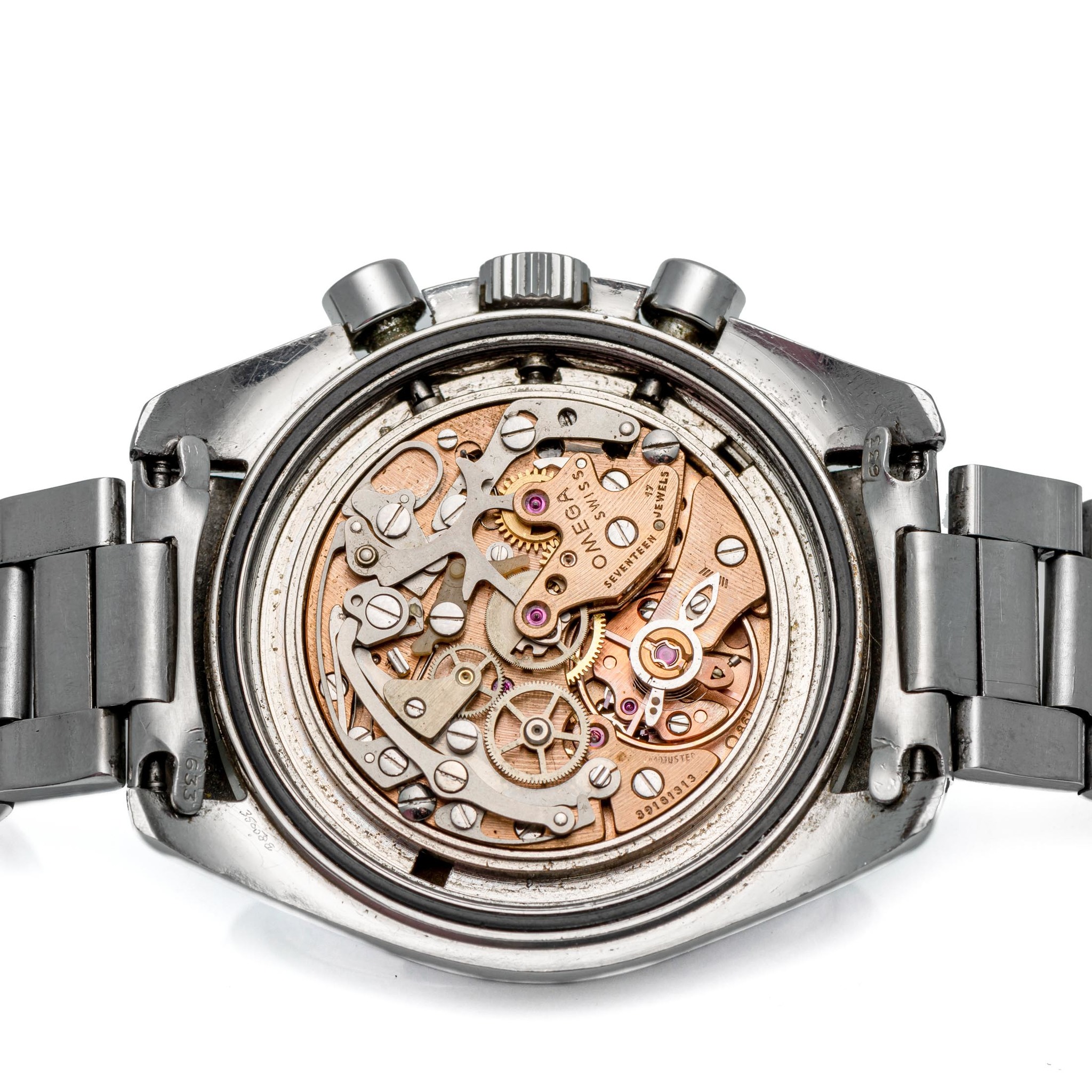 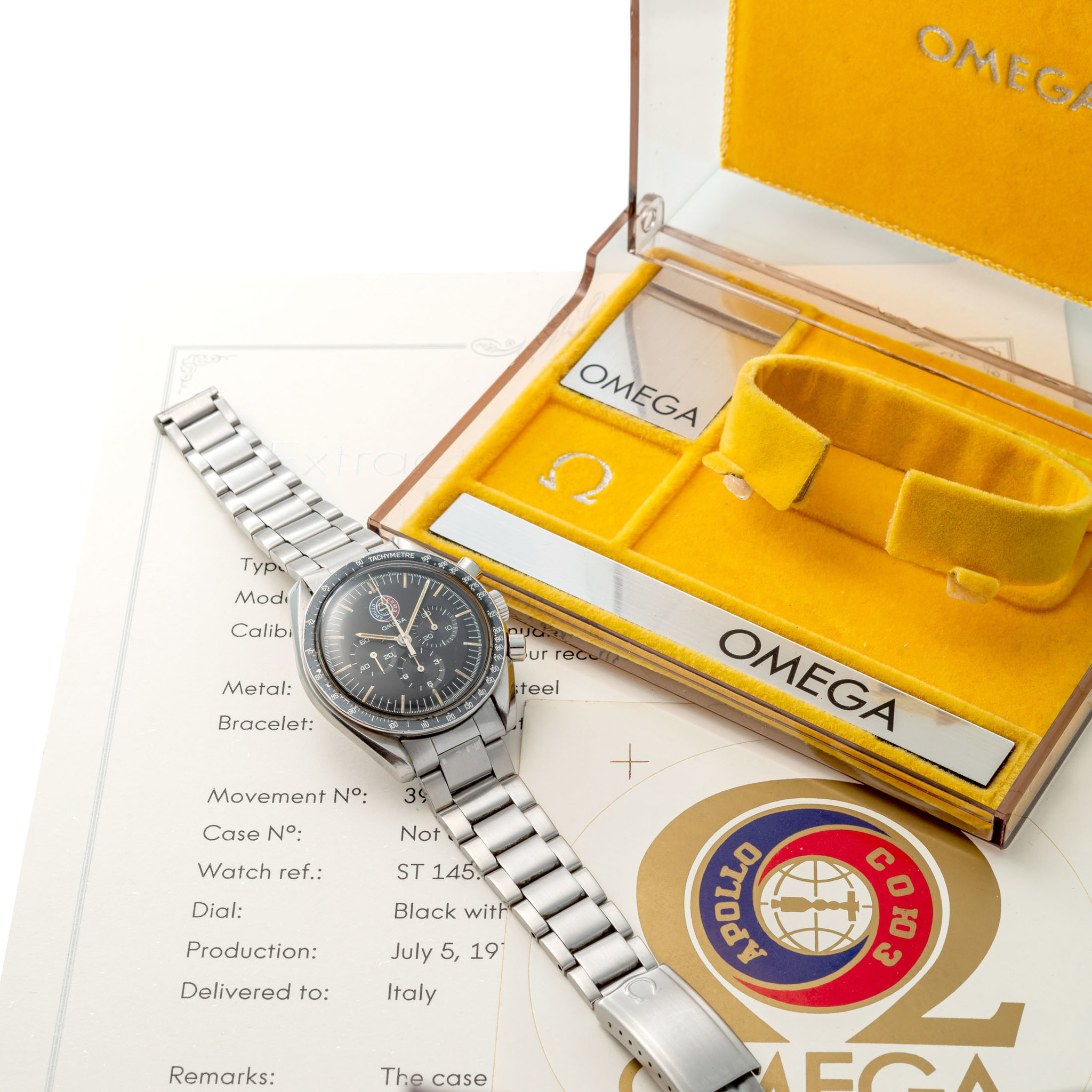 Omega introduced its first Speedmaster chronograph in 1957, registered under the reference CK2915, the same year as the Railmaster and the Seamaster 300 models. From 1962, NASA acquired several chronographs from famous manufacturers such as Rolex, Hamilton, Longines and Omega. It is only two years later that an official call for tenders is launched. Becoming the symbol of the space conquest, the choice of the Speedmaster was therefore the fruit of a long reflection and heavy specifications from NASA.
Following this heavy heritage, few of the limited editions bring such envy and excitement to collectors as the Apollo Soyuz. Indeed, in July 1975 the USA and the Soviet Union, putting aside their political conflicts, carried out jointly the first international space mission. This was one of the strongest symbol of “détente” during the Cold War.
Few months later, the famous Omega Italian dealer, Fratelli De Marchi, ordered a limited edition of 500 Speedmaster timepieces to commemorate this major event, numbered xxx from 0 to 499. The Apollo-Soyuz series were based on the legendary 145.022 – which was the first Speedmaster to use the caliber 861, which replaced the revered caliber 321 from the very first models – but featured a slightly modified case and a dial personalized with the Apollo-Soyuz logo. De Marchi became responsible for the whole distribution of Omega watches throughout Italy in 1921. Even if their partnership ended in 1970s, it is milestone in the watchmaking history, since this retailer was originally behind the very first
limited series in steel in the brand history.