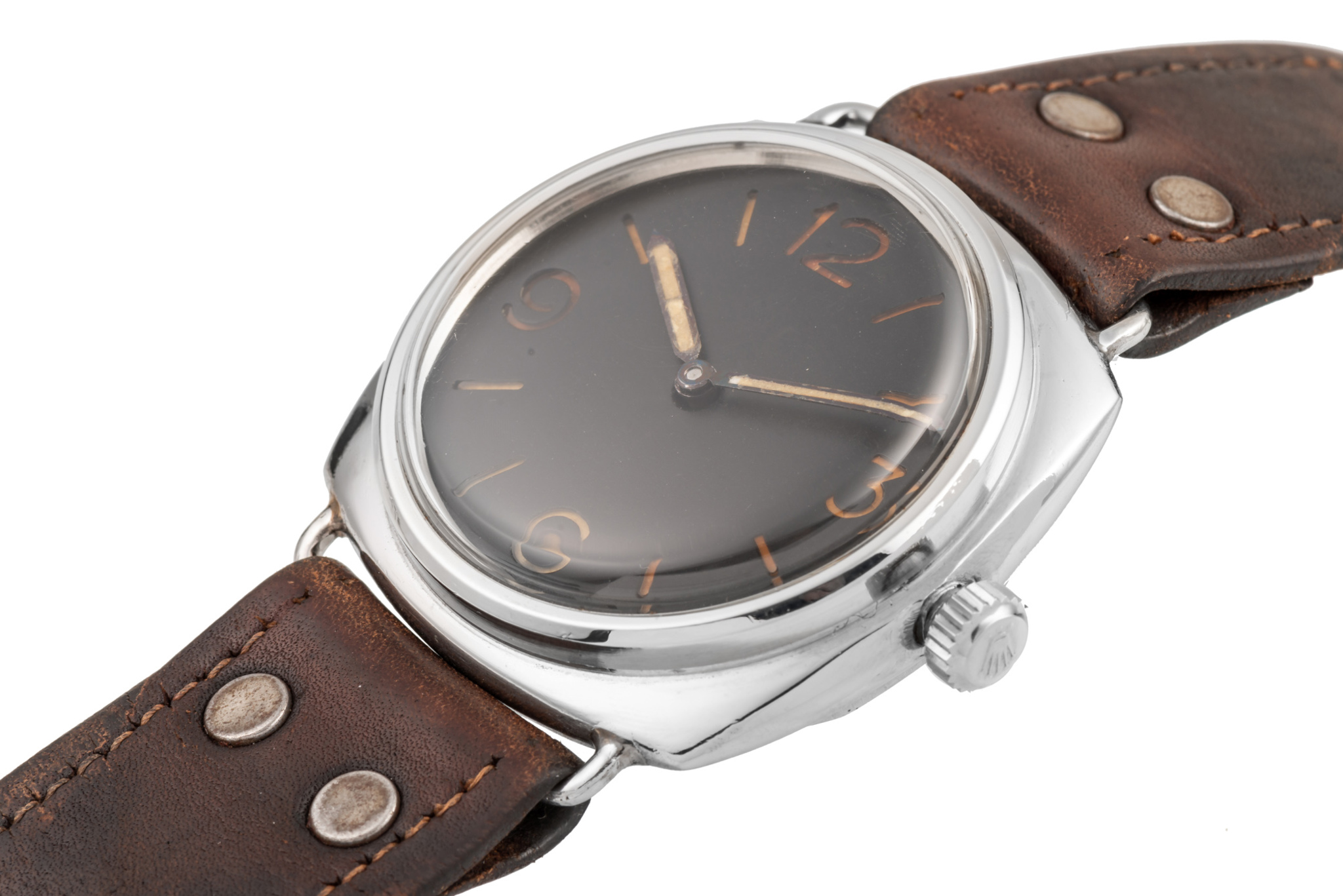 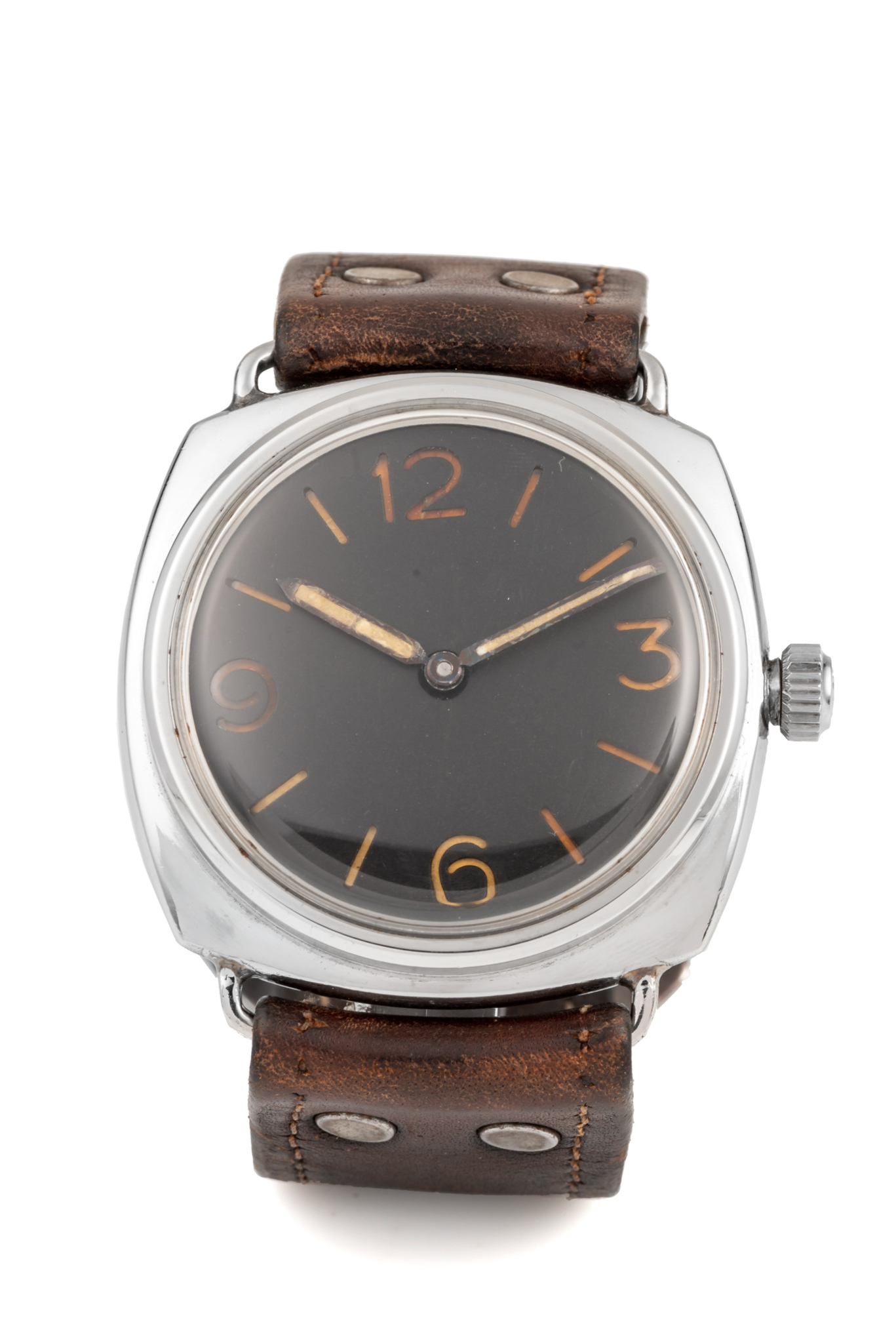 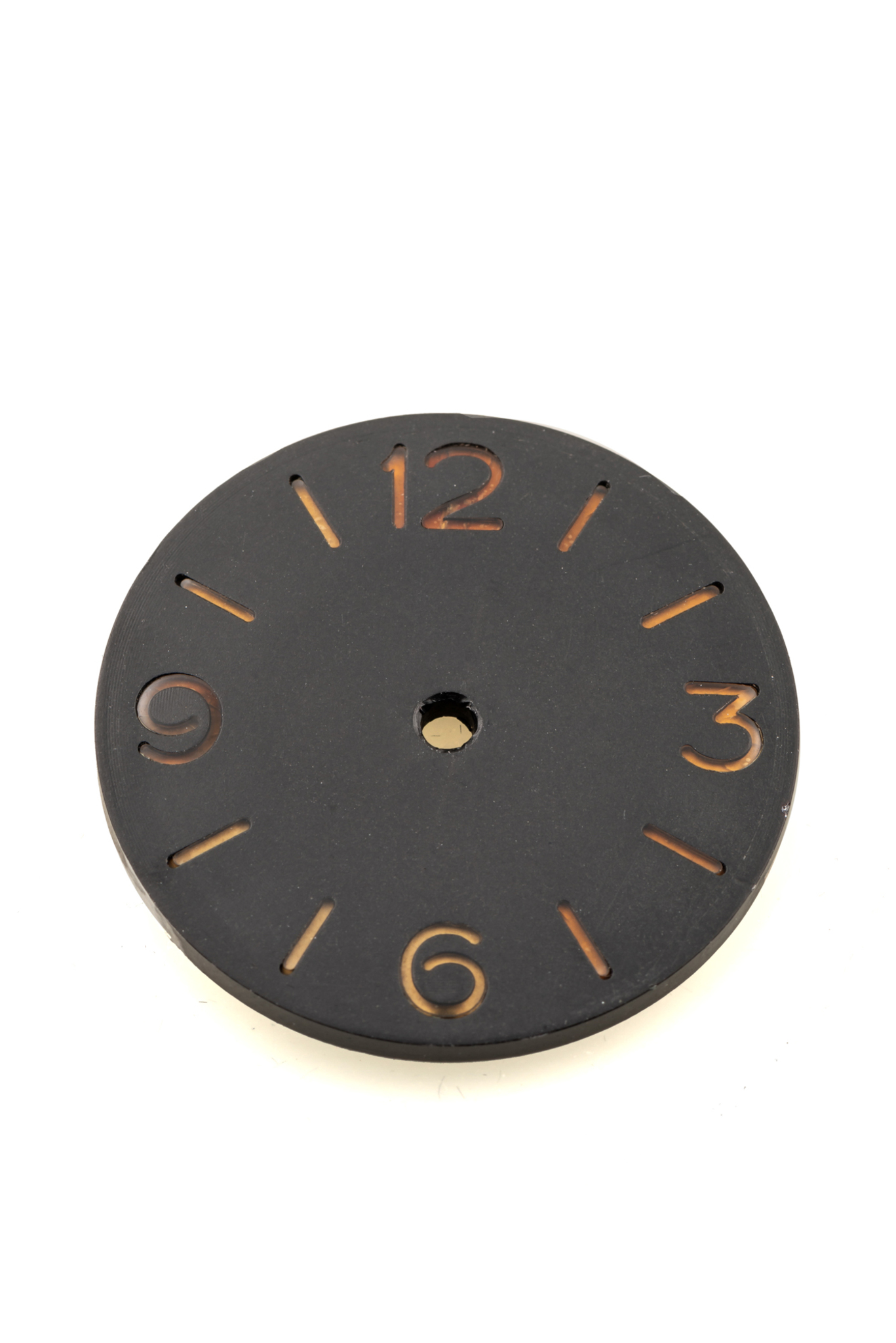 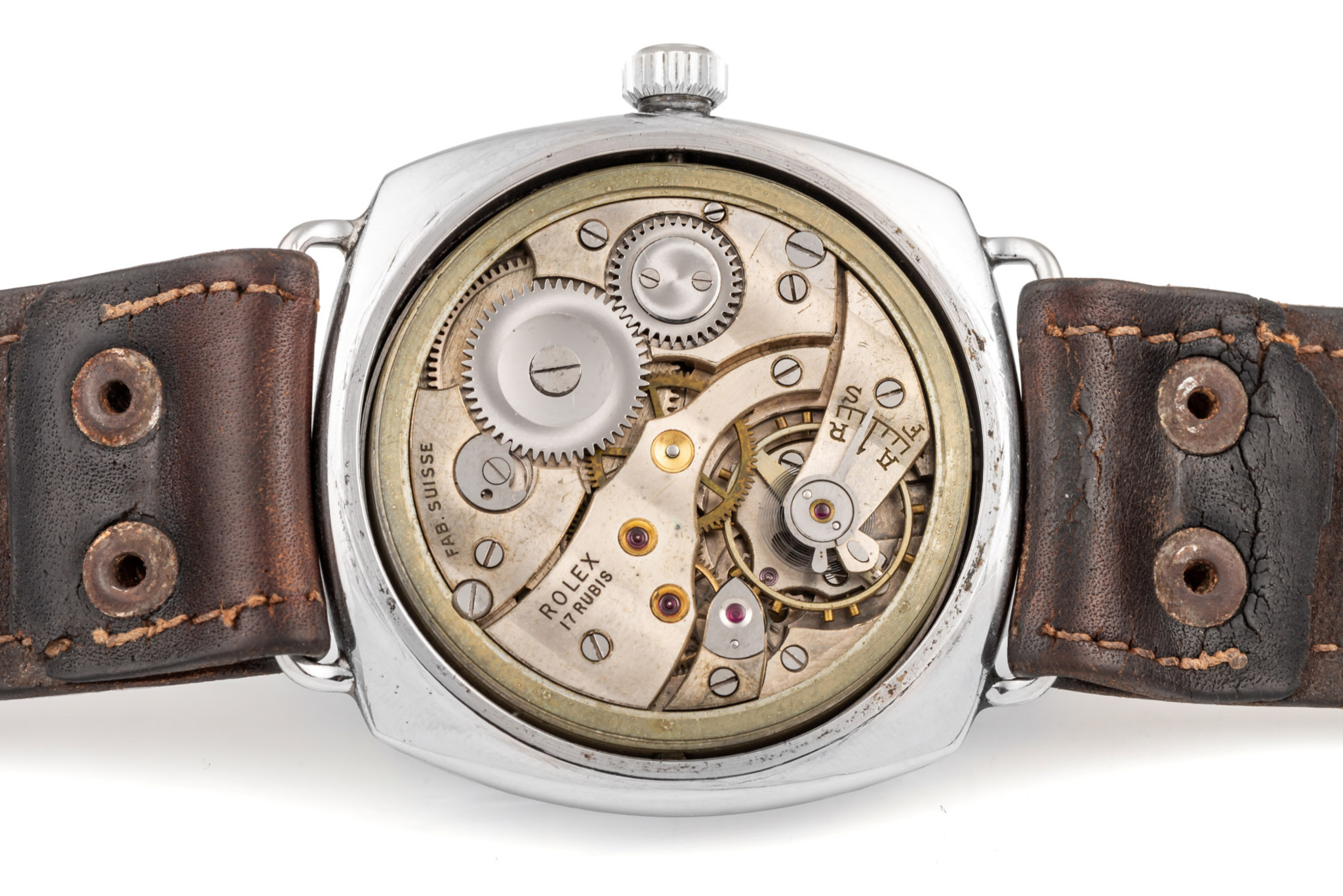 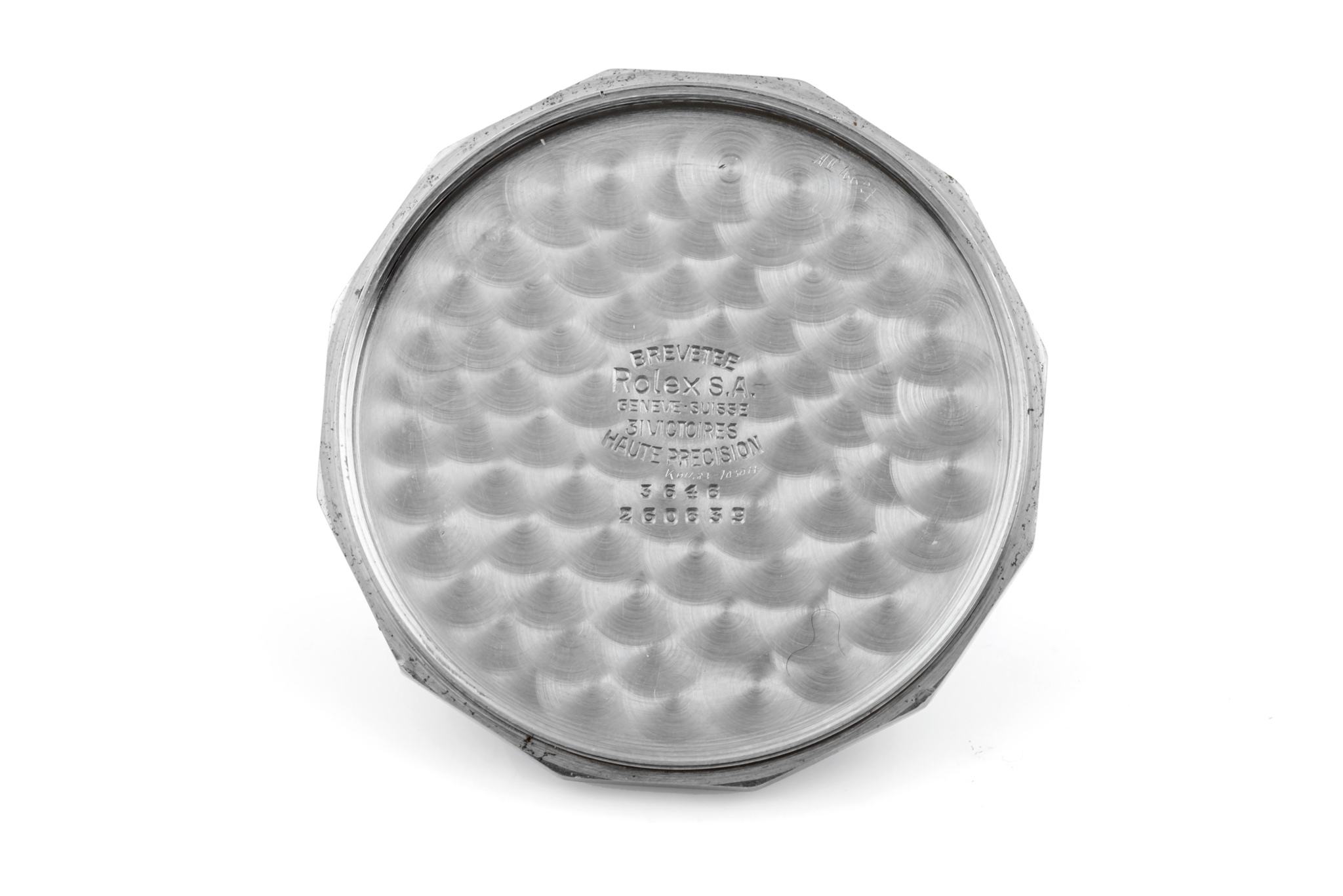 Reference 3646: According to research made by some authors, 211 examples of reference 3646 appear to have been created; their pro - duction having begun in April 1940, including “Type D” model, of which only 79 examples are known. In order to meet the military needs of the Royal Italian Navy, which had already been supplied for several years with high precision instruments, Officine Panerai created “Radiomir”, a radium-based powder that gives luminosity to the dials of sighting instru - ments and devices. Reference to the name “Radiomir” is documented in the supplement to the patent filed in France on March 23, 1916. Circa 1936, the Royal Italian Navy asked Panerai to design a watch resistant to extreme underwater conditions while respecting the exact time. The pro - totype (now known as “Radiomir”) was submitted to the First Submarine Group Command. A further order was made and watches were supplied to the Italian naval forces as of 1938 (Regia Marina, later becoming the Marina Militare after World War II) and later on to the German Navy (Krie - gsmarine). The reference 2533, the first prototype for the “Radiomir”, was produced at the beginning of 1936 in few numbers. The second to be produced was reference 3646, in production until the 1950’s and produced in various versions classified “Type A” to “Type G”, each bea - ring unique aesthetics. Reference 3646 was made by Rolex for Panerai - between 1943 to 1944 - following strict technical requirements, notably a 47 mm. wide (for underwater legibility) cushion-shaped case with sol - dered curved wire lugs, screw down “onion” crown, 12-sided caseback and a “Perspex” crystal. Bibliography Ehlers, Ralf, & Wiegmann, Volker, “Vintage Panerai -The References”. http://www.vintagepanerai.com