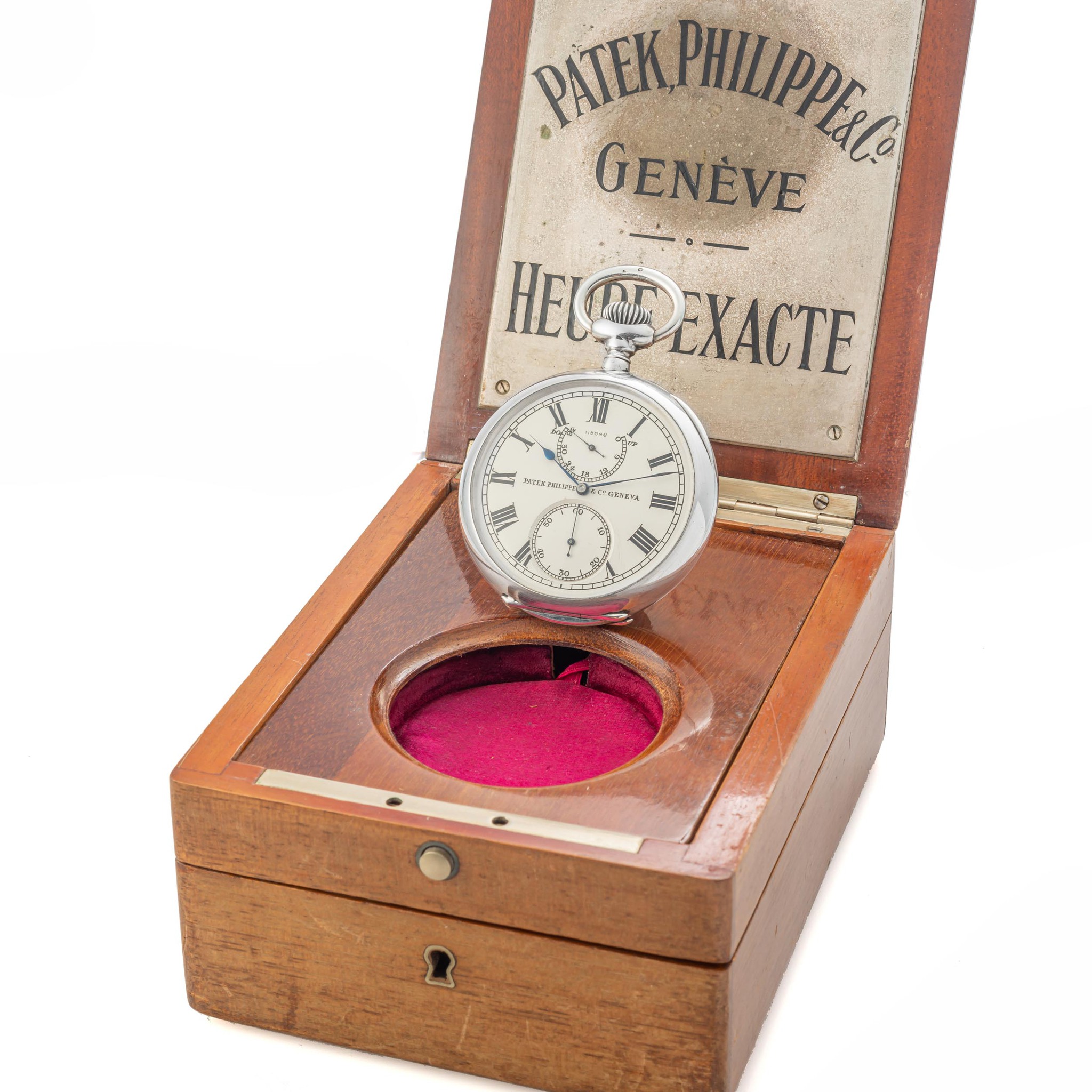 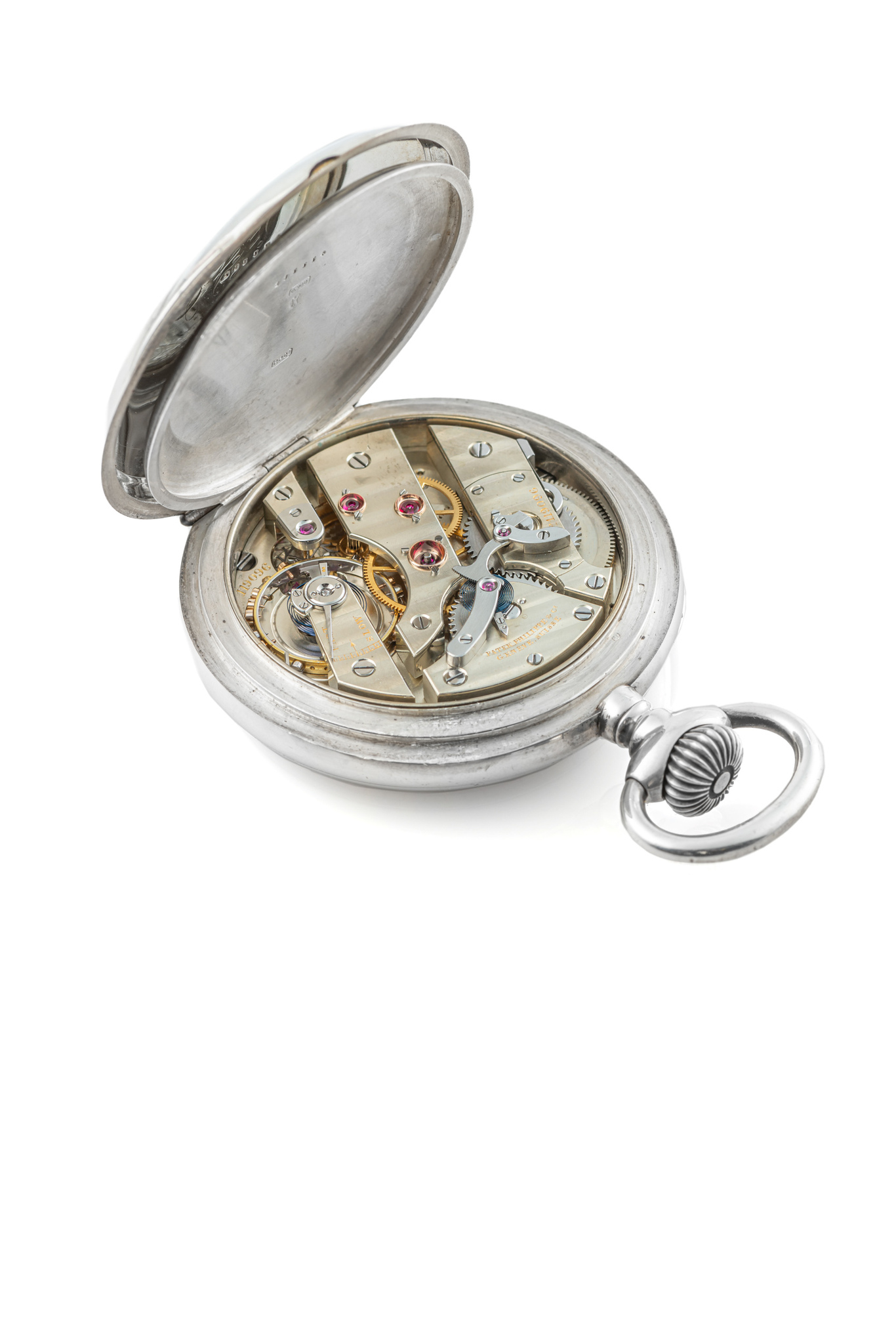 In 1899, Dr. Charles Edouard Guillaume noted that steel with an addition of 44.4% nickel had a negative square coefficient of thermal expansion. This alloy, combined with brass in bimetallic lamina, makes its expansion almost quadratic. Balances with bimetallic rims made of anibal (an alloy invented by Guillaume: Acier au NIckel pour BaLanciers) and brass are usually called Guillaume balances, or, as their inventor called them, integral balances. When combined with special balance springs, they exhibit remarkable temperature stability, on occasion not exceeding 1/50 second per day at 10 degrees C.
The present watches are exceptionally well-made and adjusted for the Observatory Contests. Every detail, such as the special Guillaume balance with small wings at the arm for poising in the raw, before the screws are put in, which assures that temperature compensation adjustment will not affect poising, the superior polish of the steel parts, the olive jewel holes, and the very light undercut escape wheel with raised teeth, shows that these watches were very special ones.
As shown by the movement numbers repeated on the dial and twice on the movement, it confirms the watch was submitted to the observatory in 1904 where it obtained a “mention honorable”.