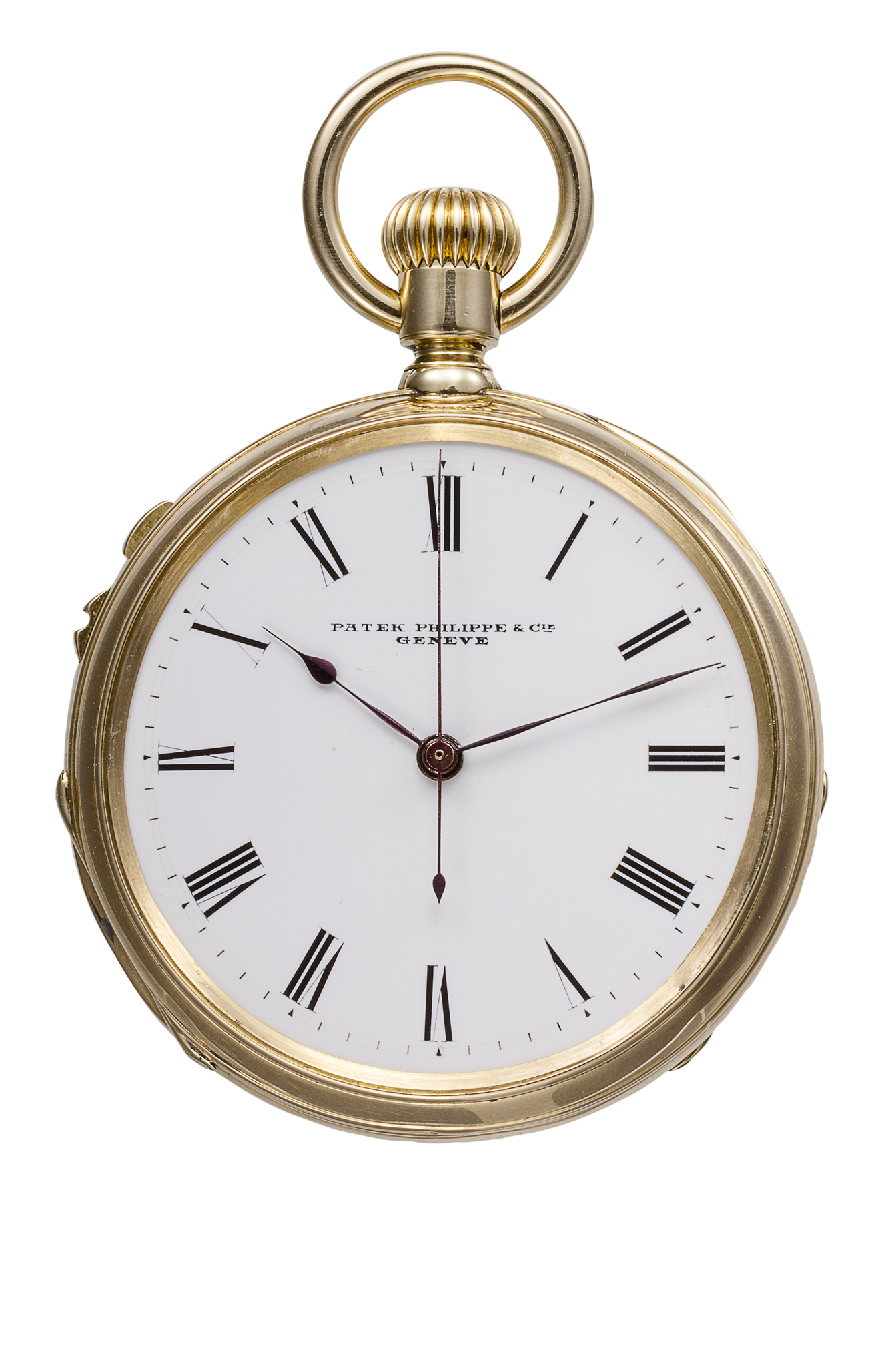 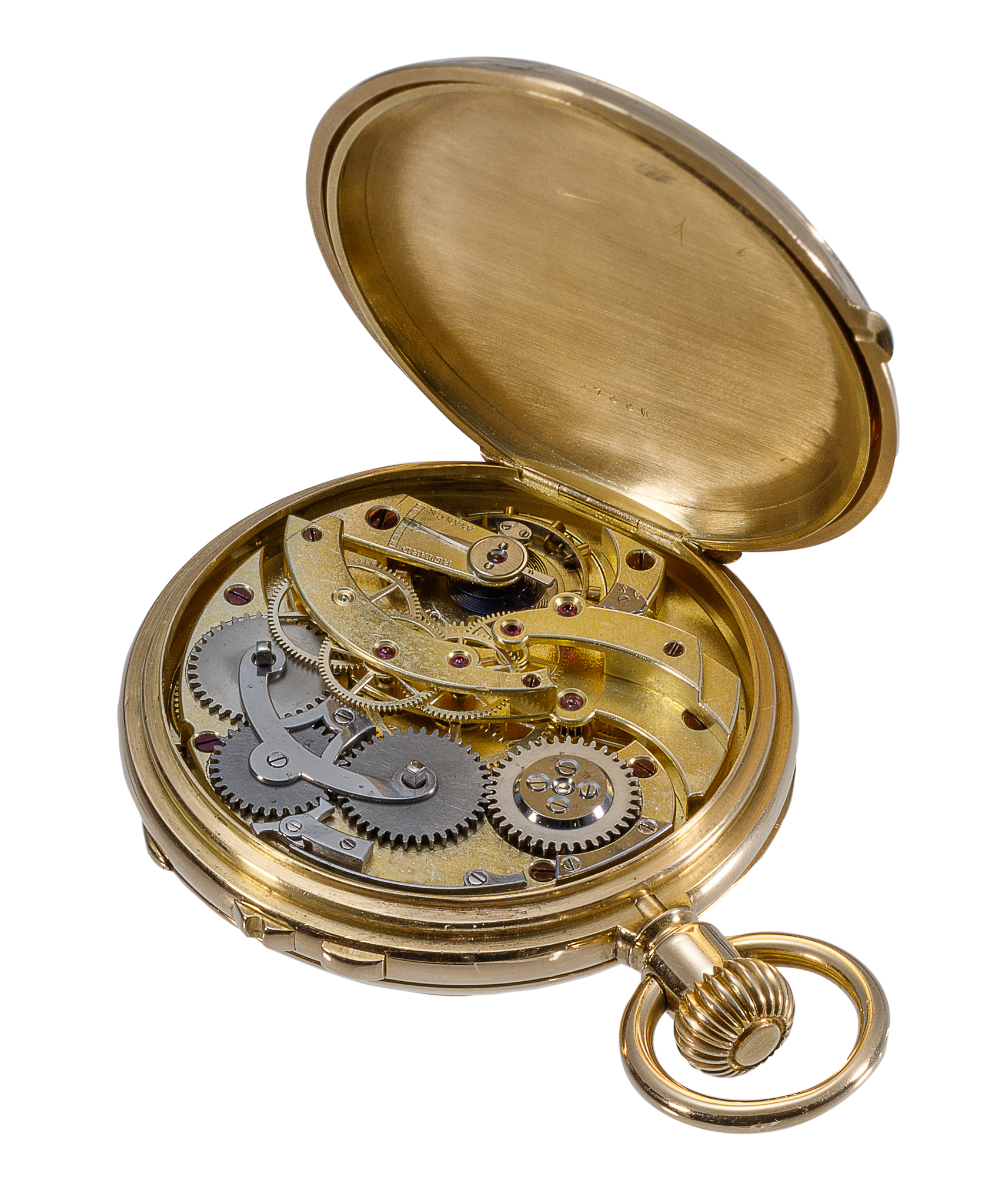 Patek Philippe dead independent seconds with two mounting barrels in series with unidirectional-winding and "free spring" This watch is fitted with the new system with two mounting barrels in series with unidirectional-winding and "free" mainspring, which give will the Swiss invention paten.. 1 017, delivered to Patek Philippe, Geneva, on May 23, 1889, for a "Montre à secondes indépendantes à deux barillets se remontant ensemble par le même mécanisme de remontoir au pendant, et à deux corps de rouage dont le rouage des secondes est planté dans le même pont et au-dessus de celui de la montre.". In fact, this invention was already presented by Jean-Adrien Philippe (1815-1894), during the Universal Exhibition of Paris in 1867. This invention dates back to 1866. The Genevan manufacture will market watches of this type until 1913. As with its mechanism of winding and time-setting at the pendant, nearly a quarter of a century of reflections and improvements lead to the final version; that finally patented in 1889. Very few of them were made; this watch is one of the first 10 or 15 produced according to this design. The watch No. 27 115, who seems to be the oldest made fitted with this new system (hunting case and a diablotine) - formerly belonged to the collection of Noë Blanc (born in 1938), American actor and voice actor, son of Melvin Jerome "Mel'' Blanc (1908-1989), American actor and voice actor (1927-1989) - now kept in the Patek Philippe Museum, Geneva (Inv. P-730), was sold during our thematic auction "The Art of Patek Philippe", Antiquorum, Geneva, April 9, 1989, lot 135, for the amount of CHF 77 000.