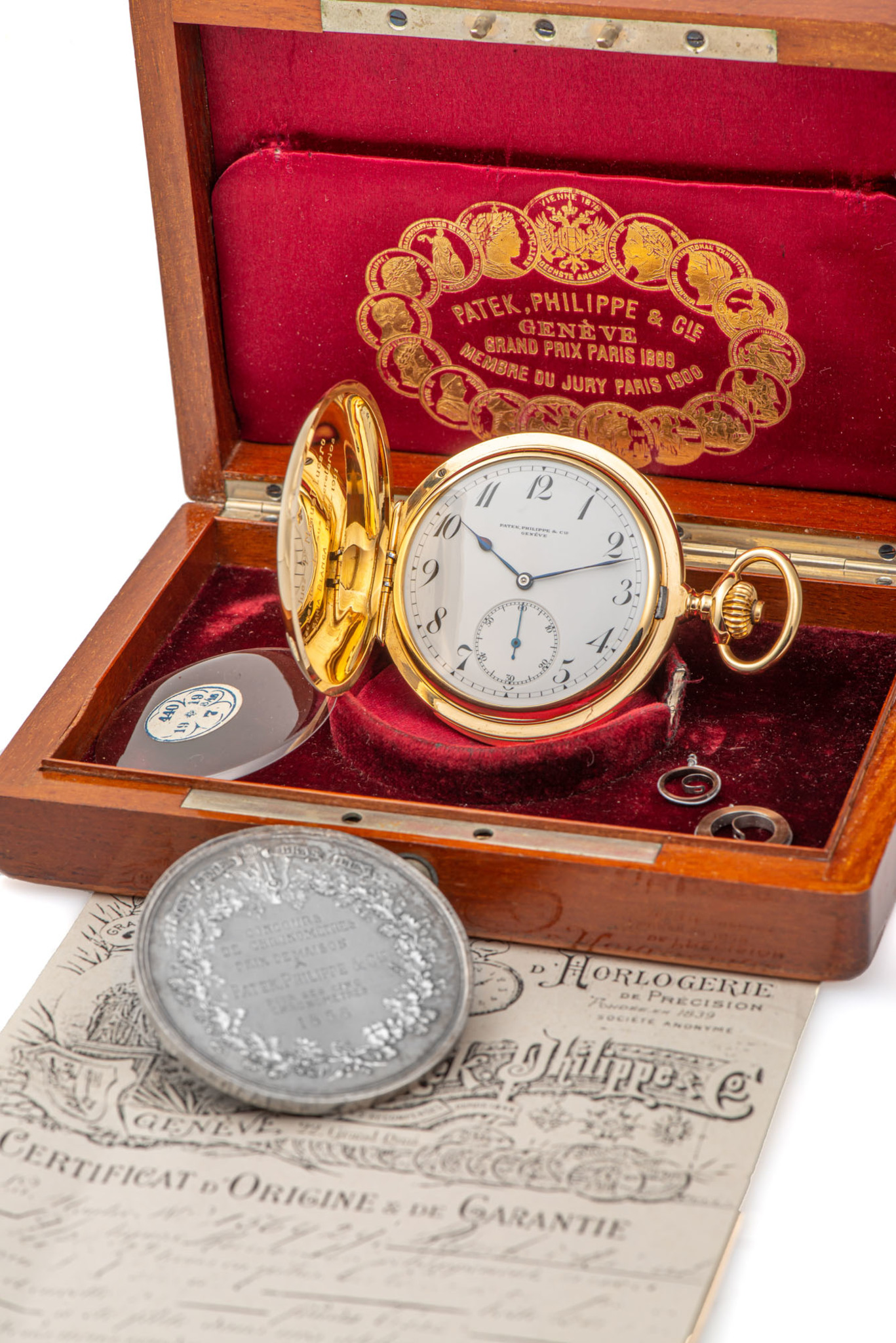 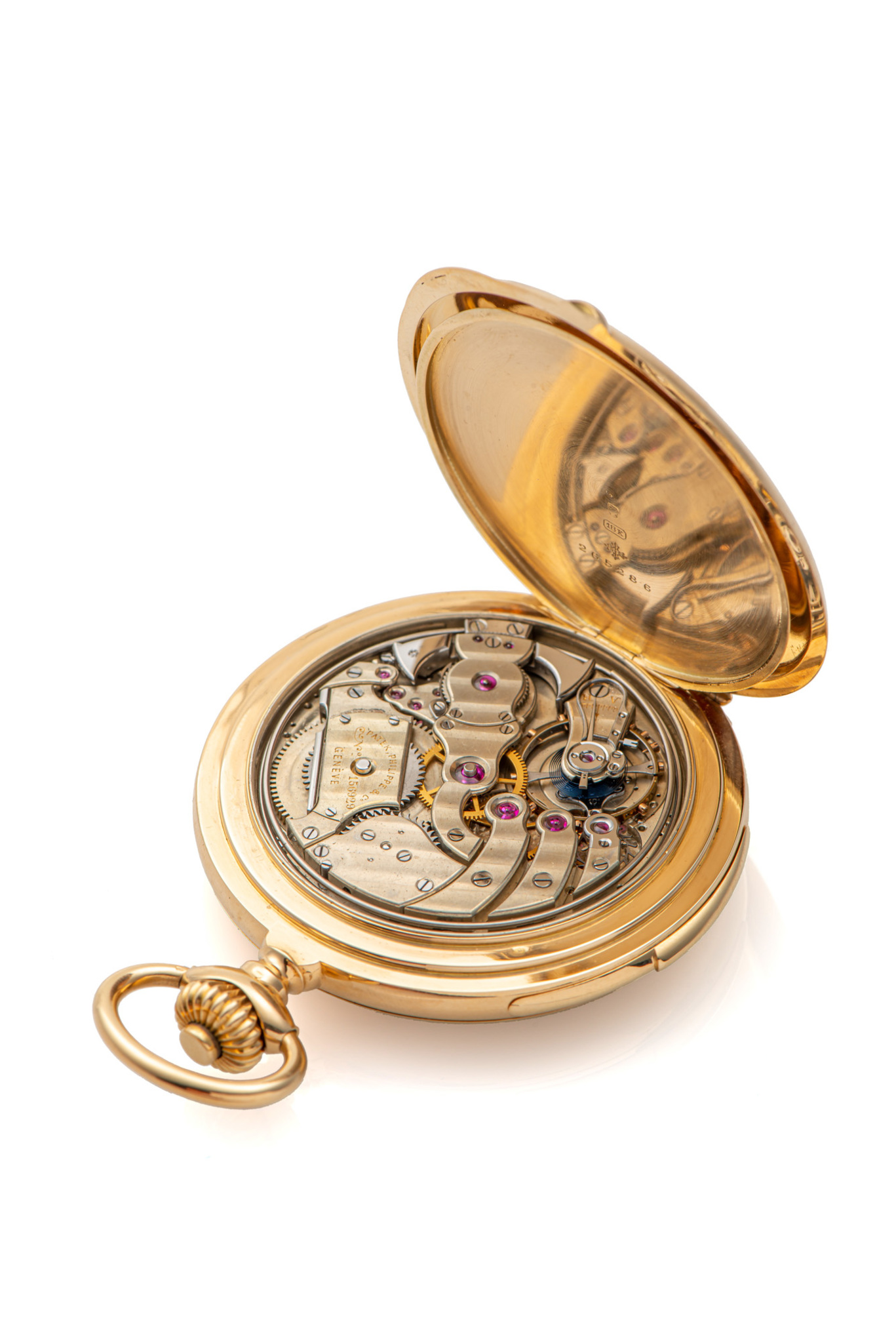 This watch is a very good, large and heavy example of a Patek Philippe minute repeater. The dial is particularly beautiful with Breguet numerals, the case is extremely clean and crisp due to its protection by the original box.
What is a Minute Repeater? A minute repeating watch tells the time both visually and audibly. A slide on the side of the case, usually near the
9, will activate two hammers in the movement. These hammers strike two gongs curled within the case.First one hammer strikes a gong of lower tonality; it counts out the hours.
Then both hammers strike both gongs alternately to count out the quarter hours after that hour, and then the second hammer alone striking a gong of higher tonality counts out the minutes after that quarter hour. The repeating mechanism was developed by Daniel Quare. In 1687, he patented a mechanism that sounded the hours and the quarter hours. Early repeaters used bells. At the end of the 18th century, two bent-wire gongs became the more popular mechanism. In 1892, the first minute repeater wristwatch was produced by Omega, a model with a round-shaped case.