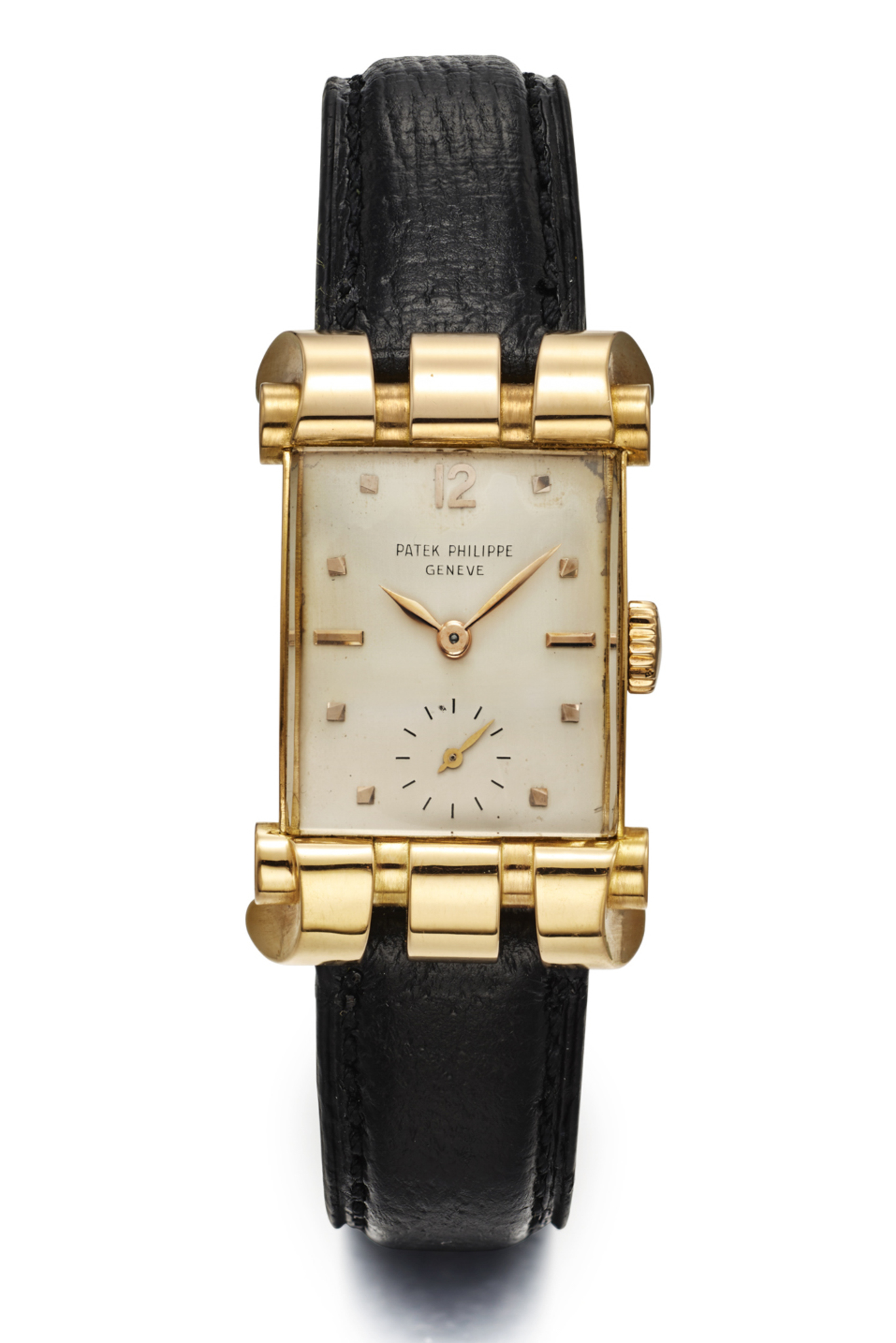 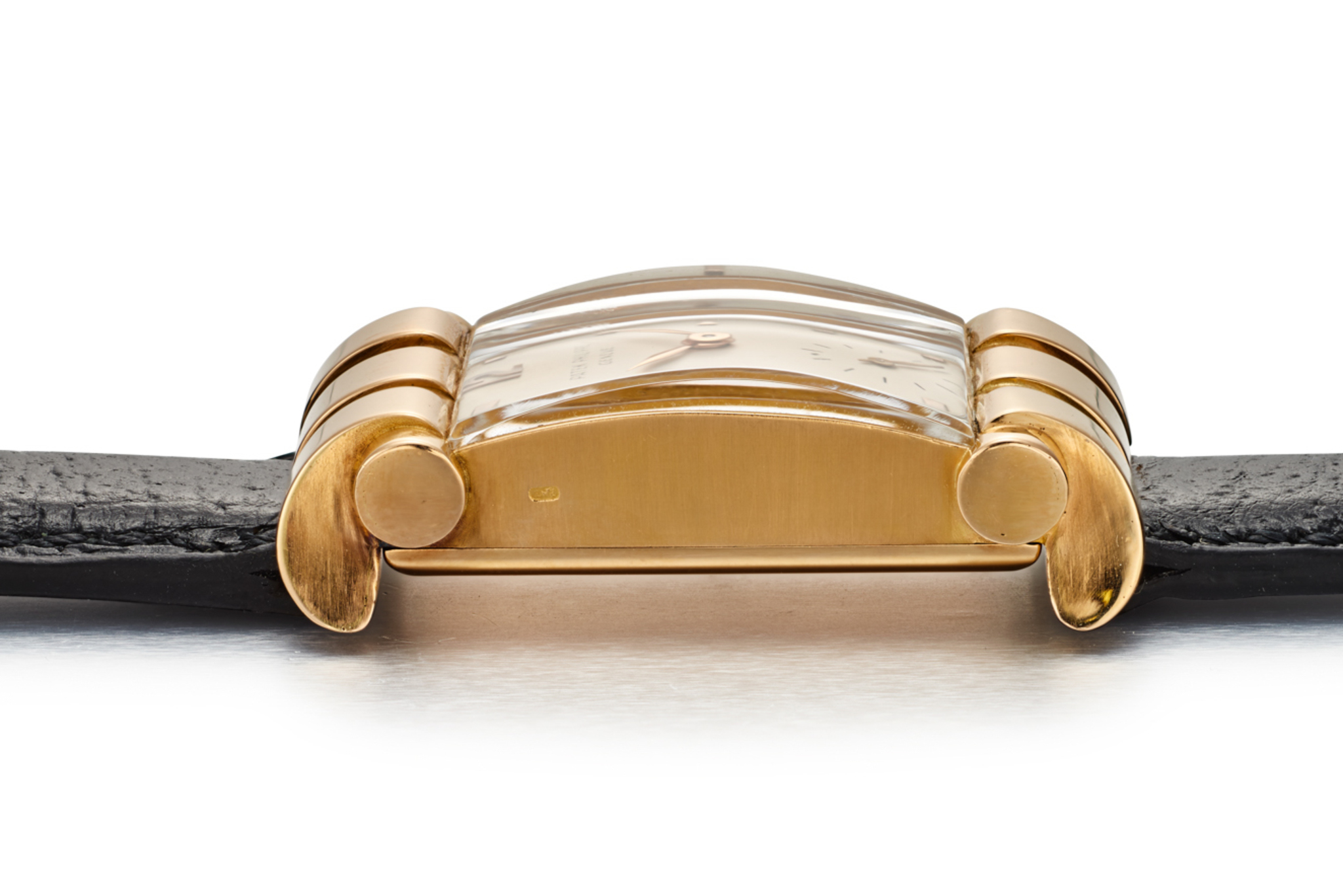 Patek Philippe, Reference 2471
This reference is launched in 1950.
This rectangular-shaped watch is fitted with the Cal. 9-90.
The majority in yellow gold, more rarely in pink gold.
Very few examples were produced.
The watch is so-called “Ram’s Horns” or “Bear Claw” by collectors.
It’s one of the largest and rarest rectangular models produced by Patek Philippe at this time.
The case of the watch was made by Markowski, one of the finest case makers based in Geneva who specialized in unusually-shaped cases, including the Ref. 2441 (so-called “Eiffel Tower”) and the Ref. 2442 (so-called “Banana”).
This reference is also produced, in very few examples, with polychrome cloisonné enamel dials, under reference 2471 CD.
Bibliography
• Huber, Martin, & Banbery, Alan, Patek Philippe Wristwatches, 1998, p. 132, ill. 185 (black & white Archives photo).