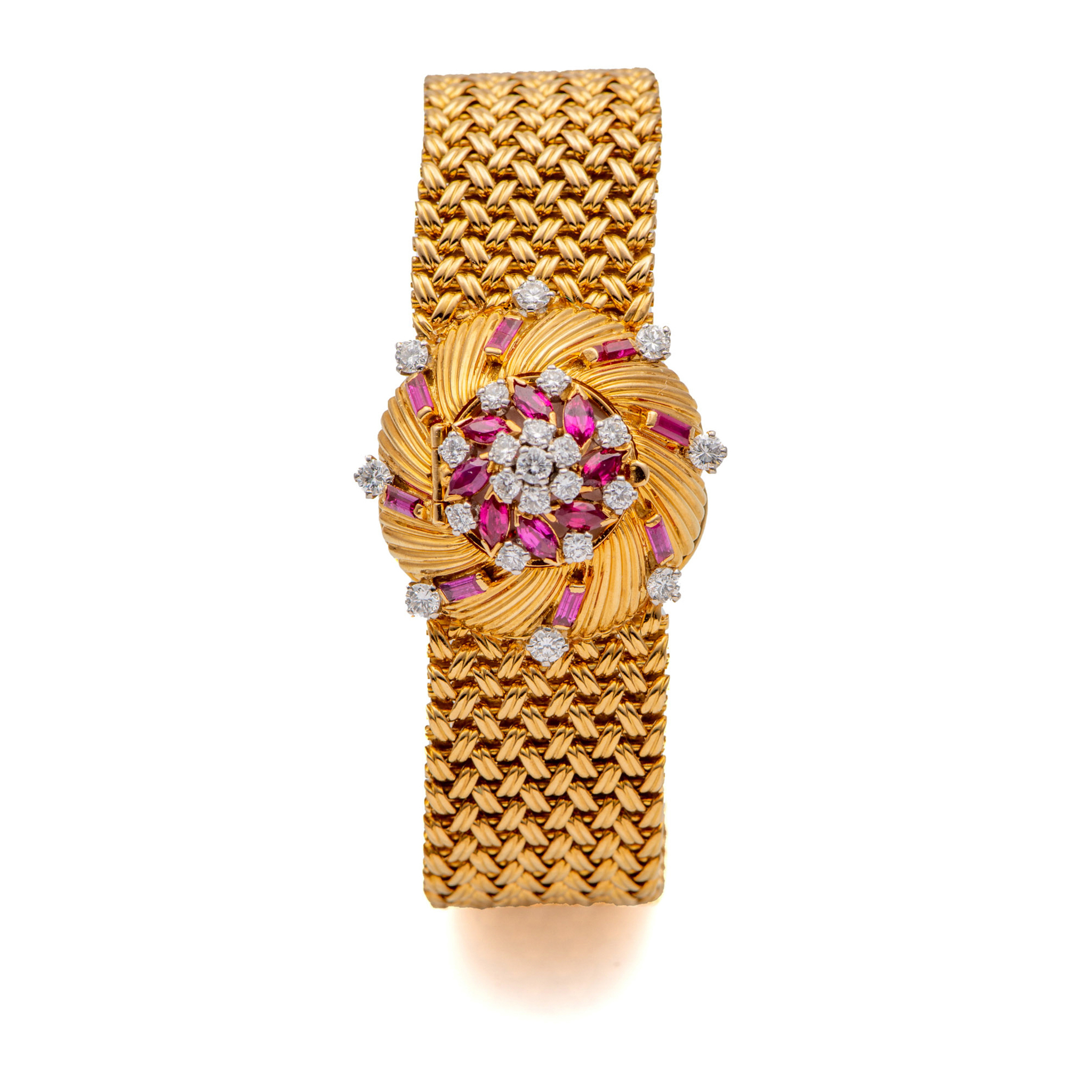 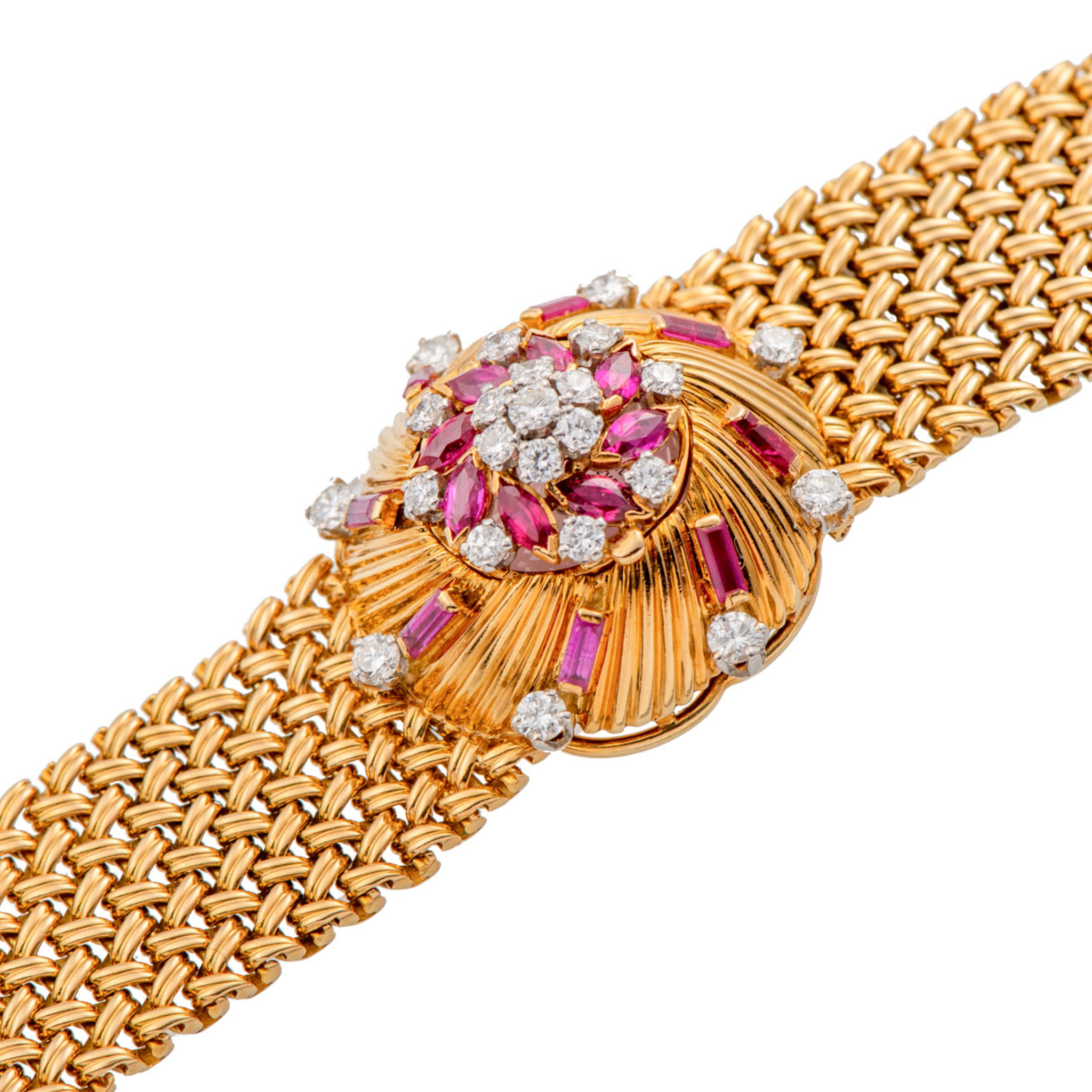 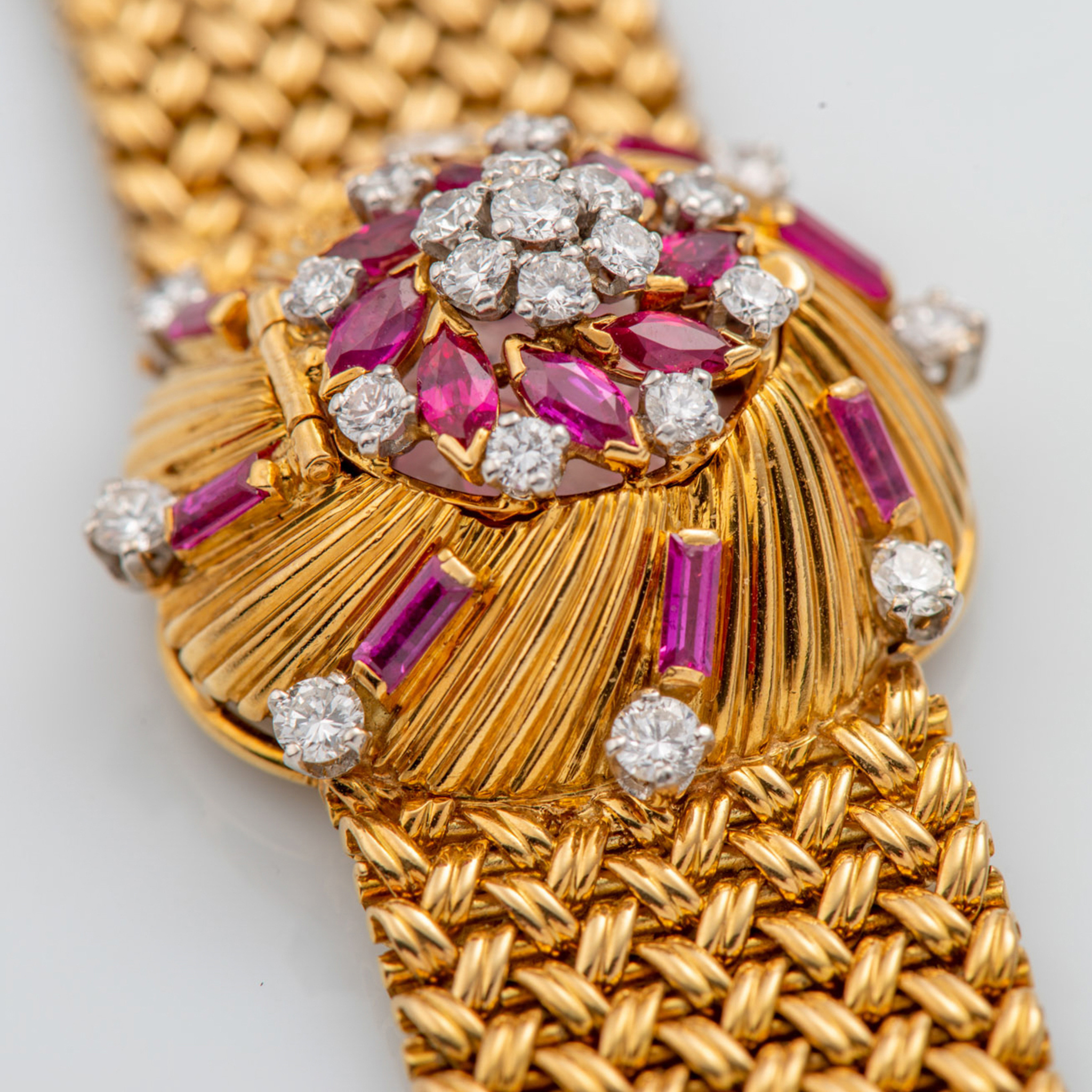 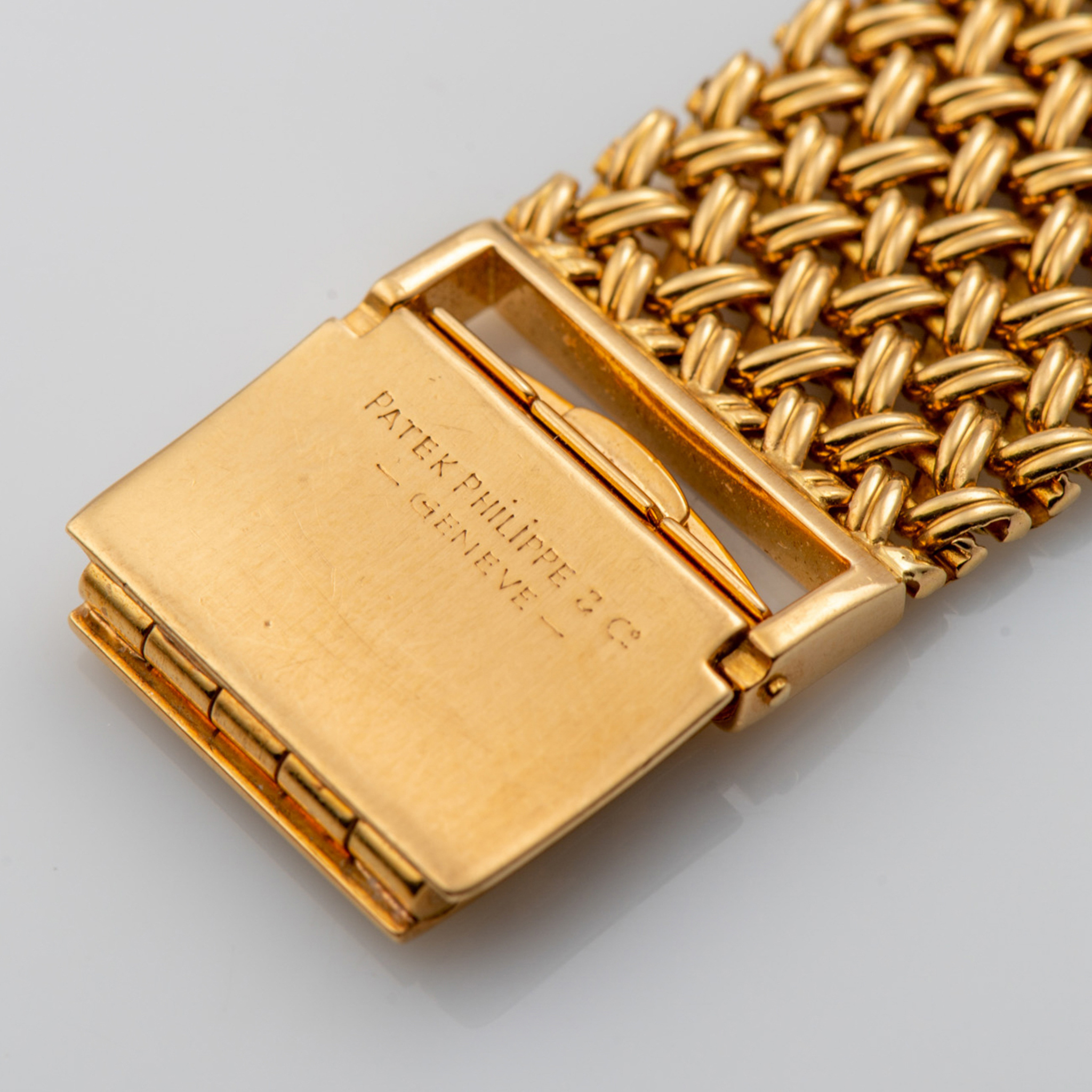 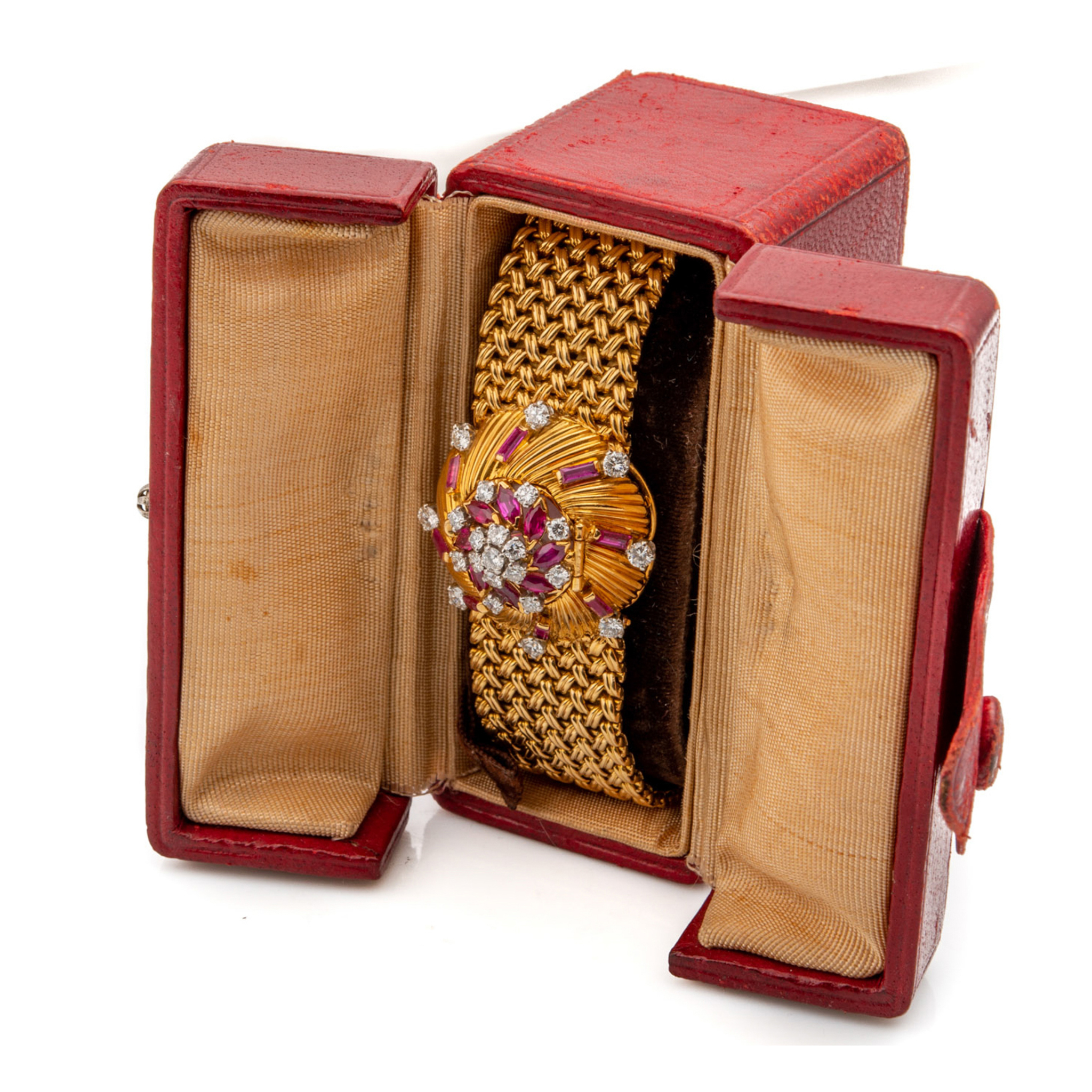 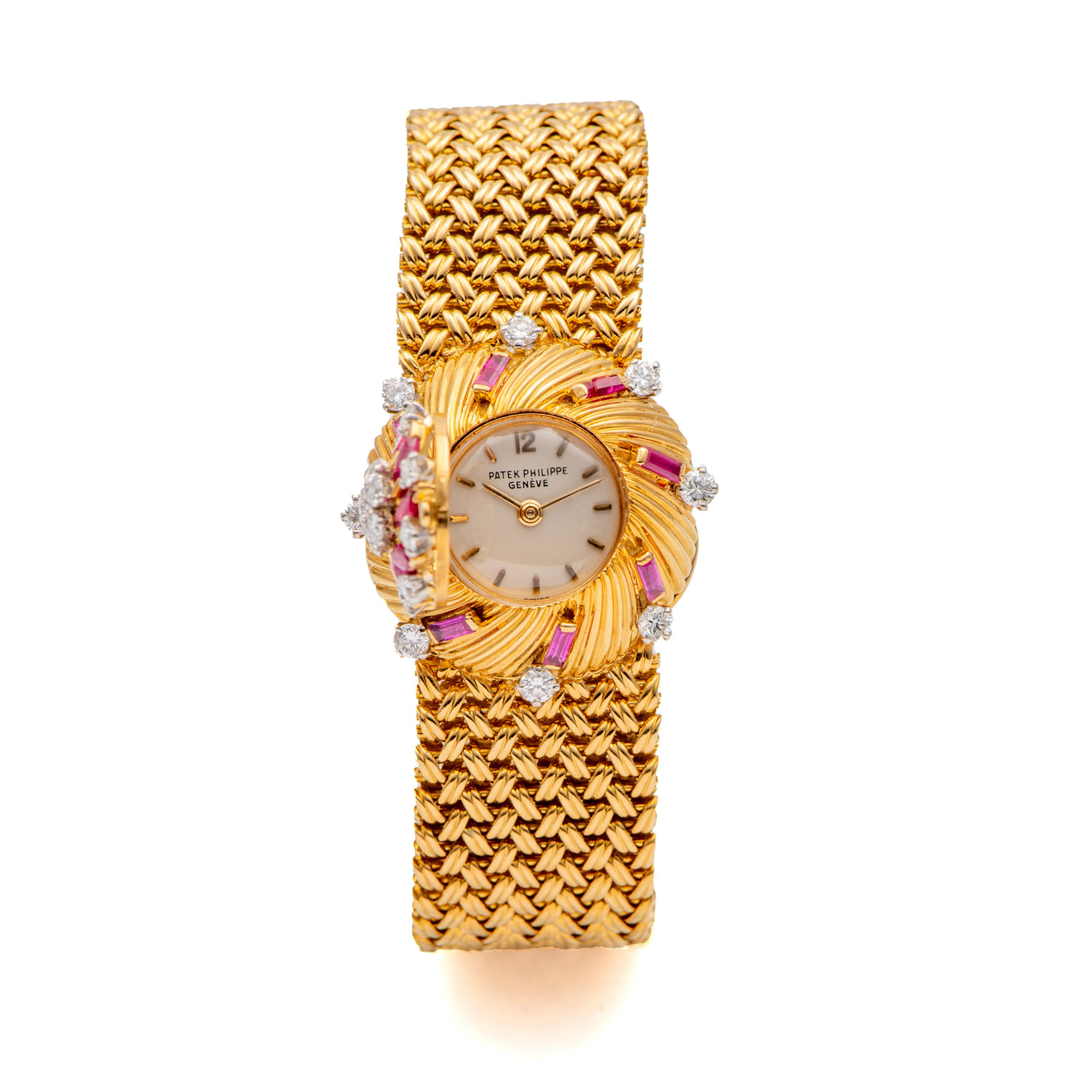 This reference was launched in 1954. It is a ladies’ watch, very pure in its design, simply round, intended to be enriched with a jewellery bracelet. Several examples were delivered to retailers around the world who had them completed by their own jewellers. Patek Philippe has also finished a few pieces with its usual master case-makers, such as Emile Vichet or Ponti, Gennari & Cie in Geneva. The reference is then declined under the numbers 3006 / 1, 3006 / 2, 3006 / 3, etc.

This reference is extremely rare and is in fact declined in about twenty models, all probably unique in their set gemstone decorations. These creations are a true reflection of their era in terms of Haute Joaillerie, as they include the latest trends in jewellery. They have often been shown by Patek Philippe at national or international horological fairs, such as, in the 1950s and 1960s, the Basel fair (the Muba, created in 1917) or Montres et Bijoux in Geneva (created in 1942). Alongside wristwatches with horological complications, they were the image of the Genevan manufacture’s fine craftsmanship and were presented as the most important pieces – the Highlights – of the annual production.

To the best of our current knowledge, it seems that this is the first time that a Reference 3006 in its jewellery version appears in an international auction.