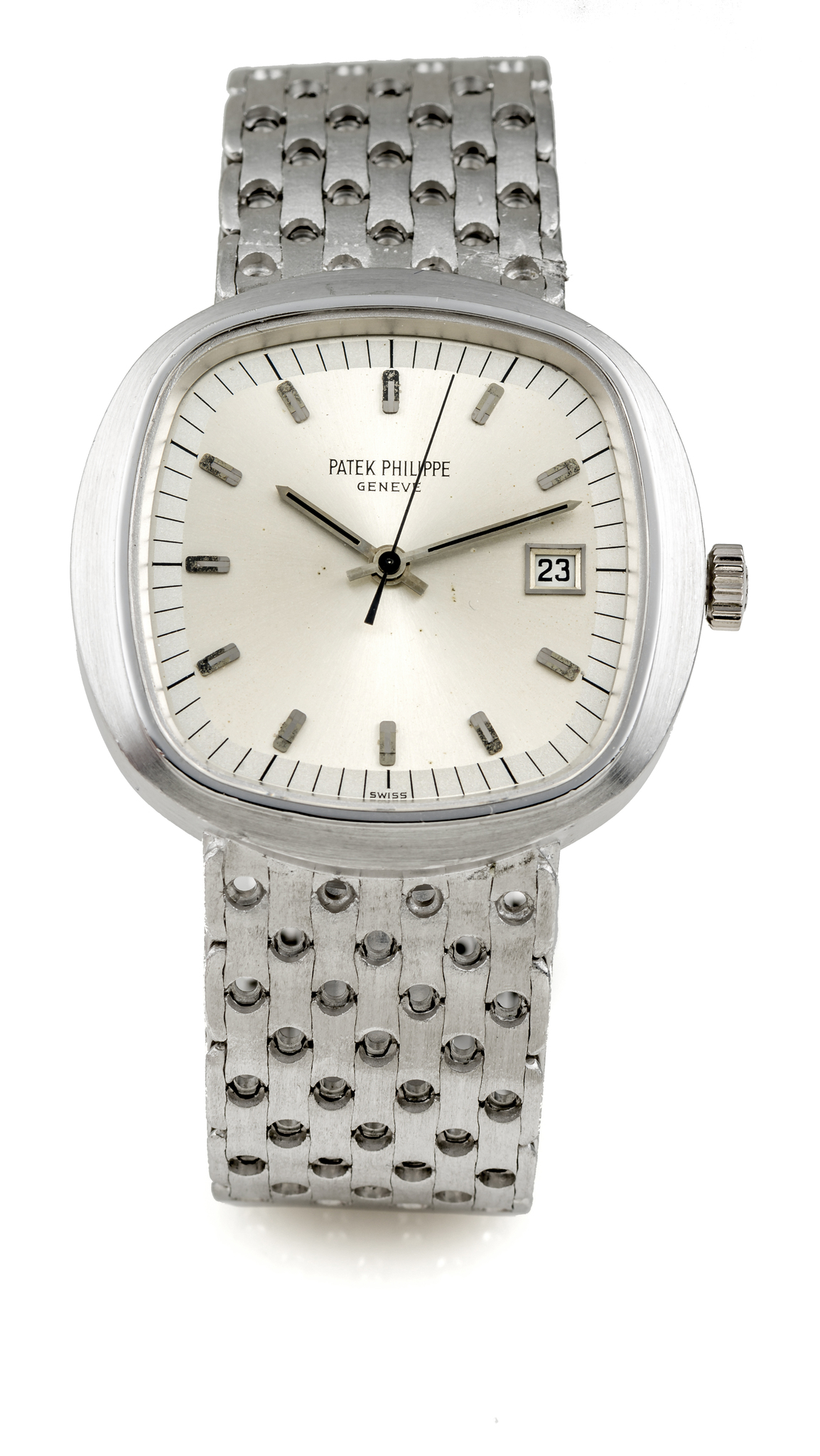 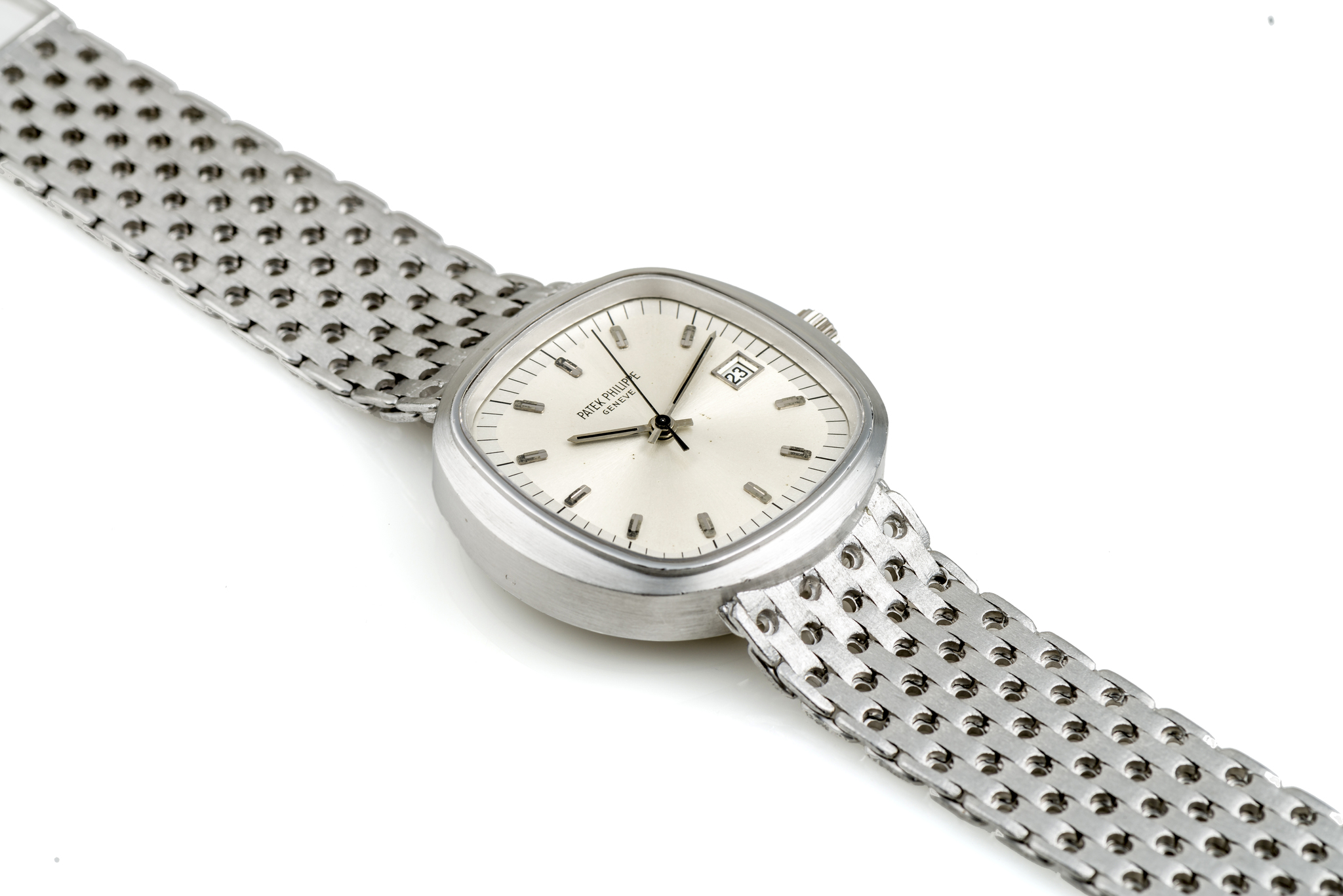 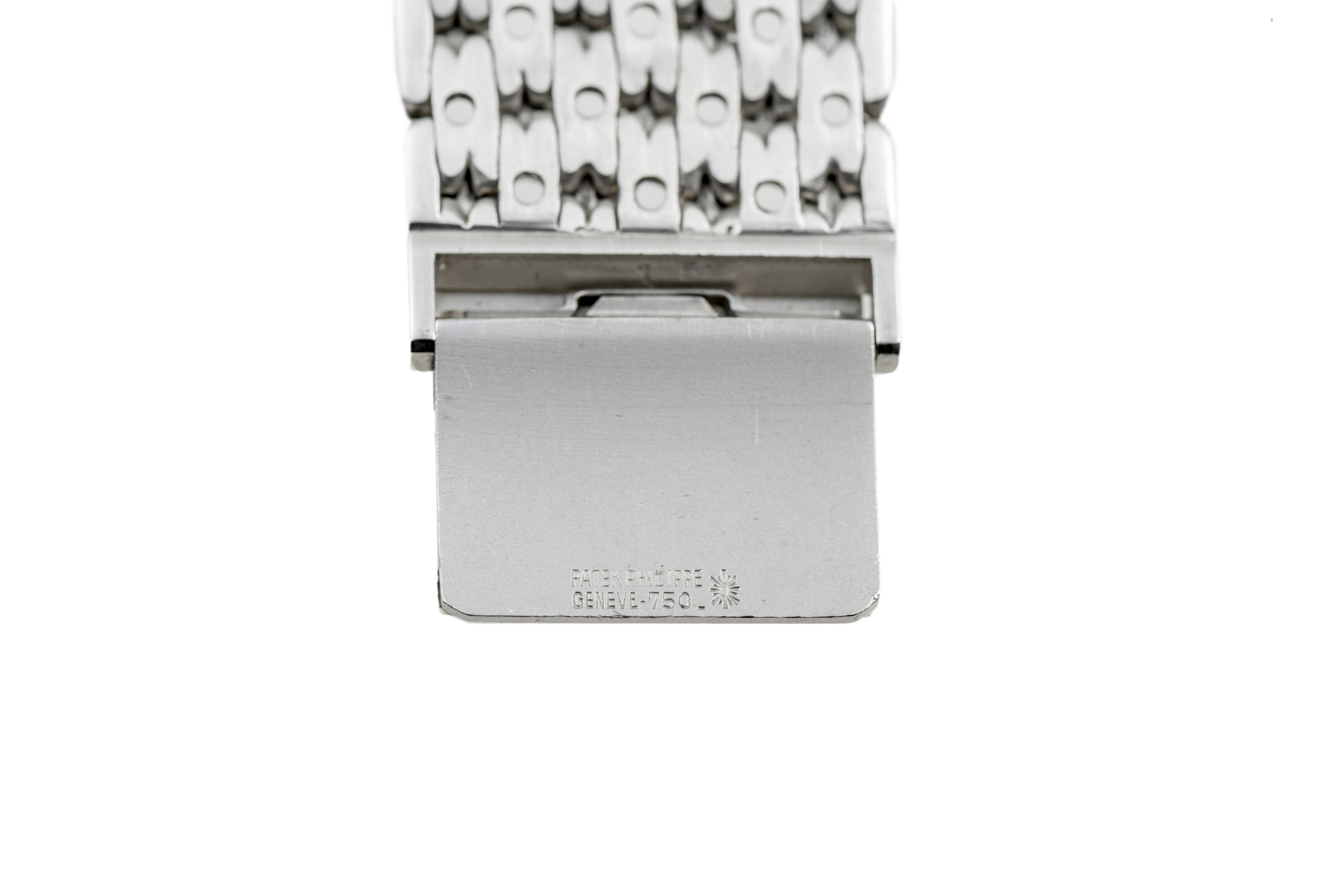 Patek Philippe, Beta 21, References 3587 / 1, 3587 / 2, 3597 / 2, 3603 The reference 3587, launched in 1970, represents one of the milestones of Patek's history with the integration of the calibre CEH Beta 21 movement, housed in a massive oversize case. This model of electronic watch is declined in several references allowing today connoisseurs to collect a dozen different pieces: Reference 3587 / 1, With cushion-shaped; integrated "woven" bracelet. Reference 3587 / 2, With cushion-shaped; integrated textured and pierced mesh bracelet, so-called "Swiss Cheese" Usually characterised by its integrated bracelet, rare variations of the Beta 21 have "T-bar" lugs with leather strap: Reference 3597 / 2, With cushion-shaped; without integrated bracelet. Reference 3603, With vertical-rectangular-"cambré"-shaped; without integrated bracelet; with date at 6 o'clock. These watches can be fitted with silver, gold or blue dials. These watches can be fitted with silver, gold or blue dials. In 1962, the CHE - Centre Electronique Horloger (Electronic Watch Centre) - was founded by a group of 21 Swiss watchmakers, including Audemars Piguet, Omega, Patek Philippe, Piaget and Rolex, to develop an electronic movement for wristwatches. The result was the calibre Beta 21 (29 x 24.3 mm.), fitted with a quartz oscillator (8 192 Hz. reduced to 256 Hz. by the frequency reducer), 13 jewel and turning fork escapement (8 000 Hz. quartz module first seen as a prototype in 1967). In 1968, a consortium of Swiss watch manufacturers was created to mass-produce the Beta 21, in a truly collaborative effort. The CEH designed the module and produced the integrated circuit. Ebauches SA (now ETA) manufactured the mechanical parts of the movement as well as the quartz oscillator, and, Omega produced the micro-motor driving the hands. The calibre was ready for production in 1969 and was presented at the Basel Fair in 1970.