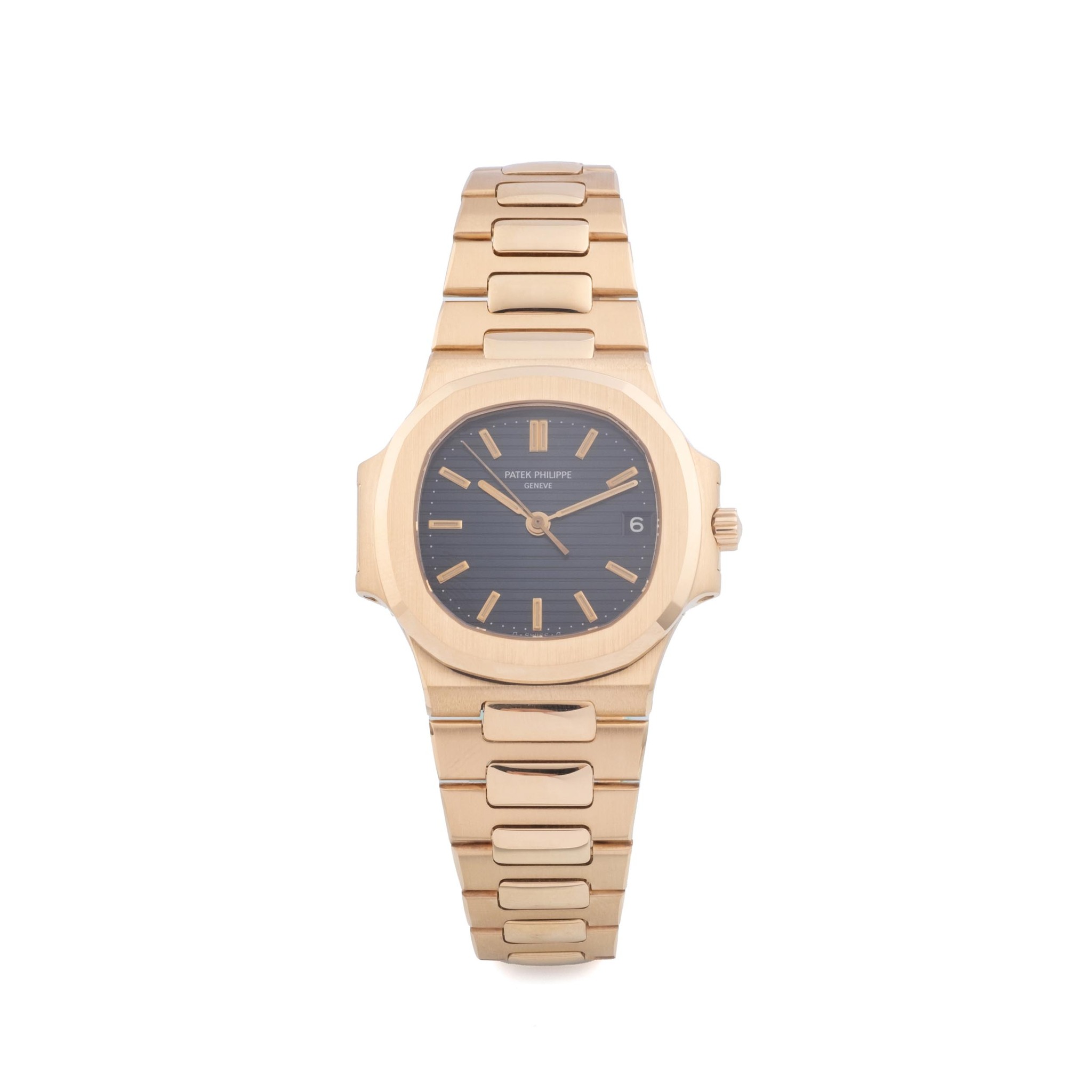 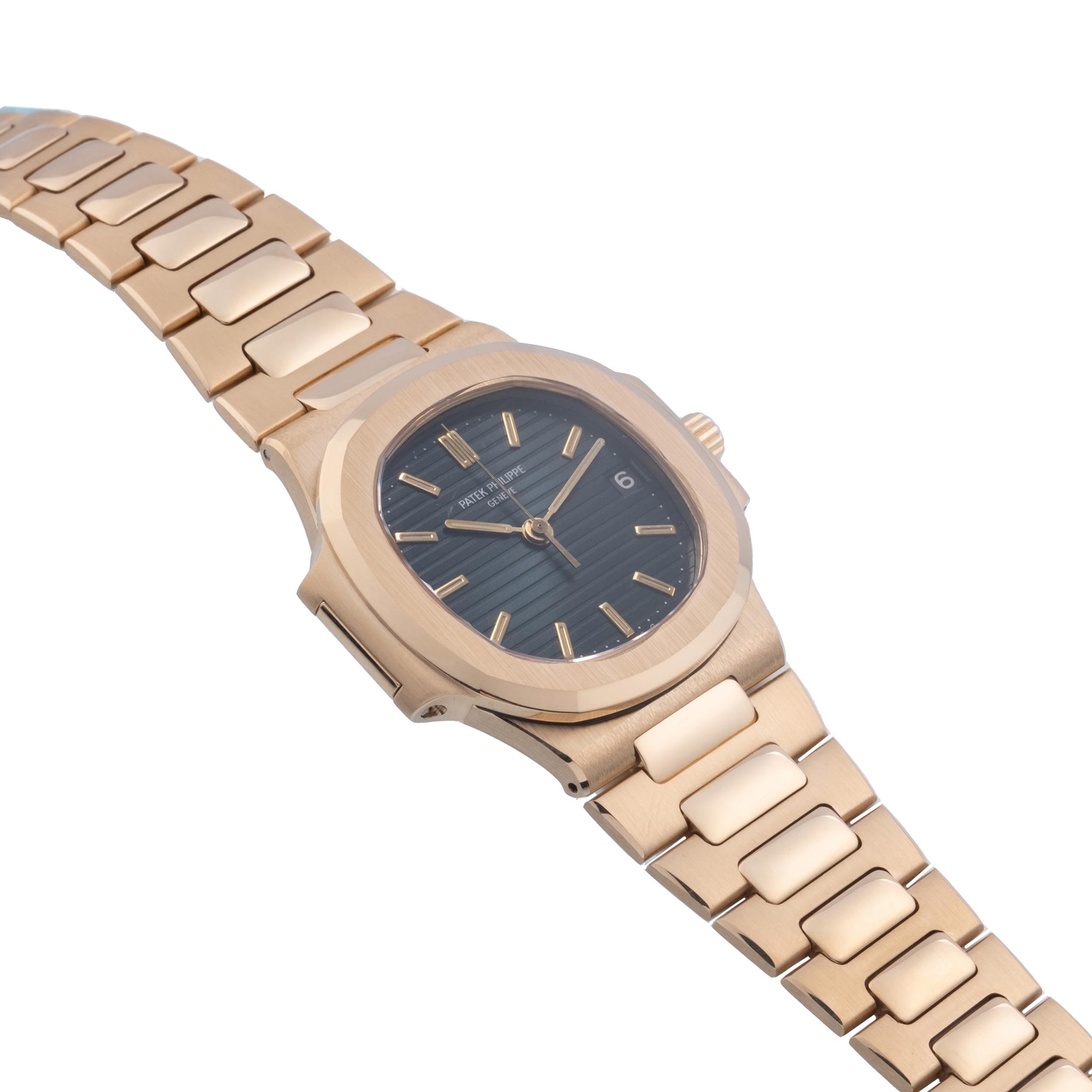 Patek Philippe, “Nautilus”
Launched in 1976, during the quartz crisis, the “Nautilus” was designed by Gérald Genta (1931-2011). The shape of its case, very avant-garde for the time, reminds a porthole. It was named after Captain Nemo’s fictitious submarine, in Jules Verne’s famous book “Twenty Miles Under the Sea”.
Produced from 1981 to 2006, the Nautilus Ref. 3800 is considered as the “little sister” of the Ref. 3700, the very first “Nautilus” having been designed five years earlier. The Ref. 3700 has a 42 mm. cushion-shaped case, known as the “Jumbo” size. The Ref. 3800 measures only 37 mm. in diameter but retains exactly the same spirit as its ancestor: an extra-flat cushion-shaped case, a bluish grey dial with horizontal stripes and the date at 3 o’clock. The only difference, except the size of the case, is a centre-seconds hand, which is not included in Ref. 3700.
The “Nautilus” being considered as the sport-chic wristwatch by Patek Philippe, it was predominantly created in steel with a few exceptions, in gold, or in steel and gold. However, versions in platinum, like this lot are extremely rare.
Early models feature Calibre 335 SC without the quick-set date feature through the crown. The quick-date only arrives in 1987, while keeping the Calibre 335 SC. In 1992, a third generation was introduced featuring Calibre 330-134, and finally Calibre 330-194 was employed for the watches made from 1997 to 2006, year of discontinuation.

Property of an Italian Gentleman