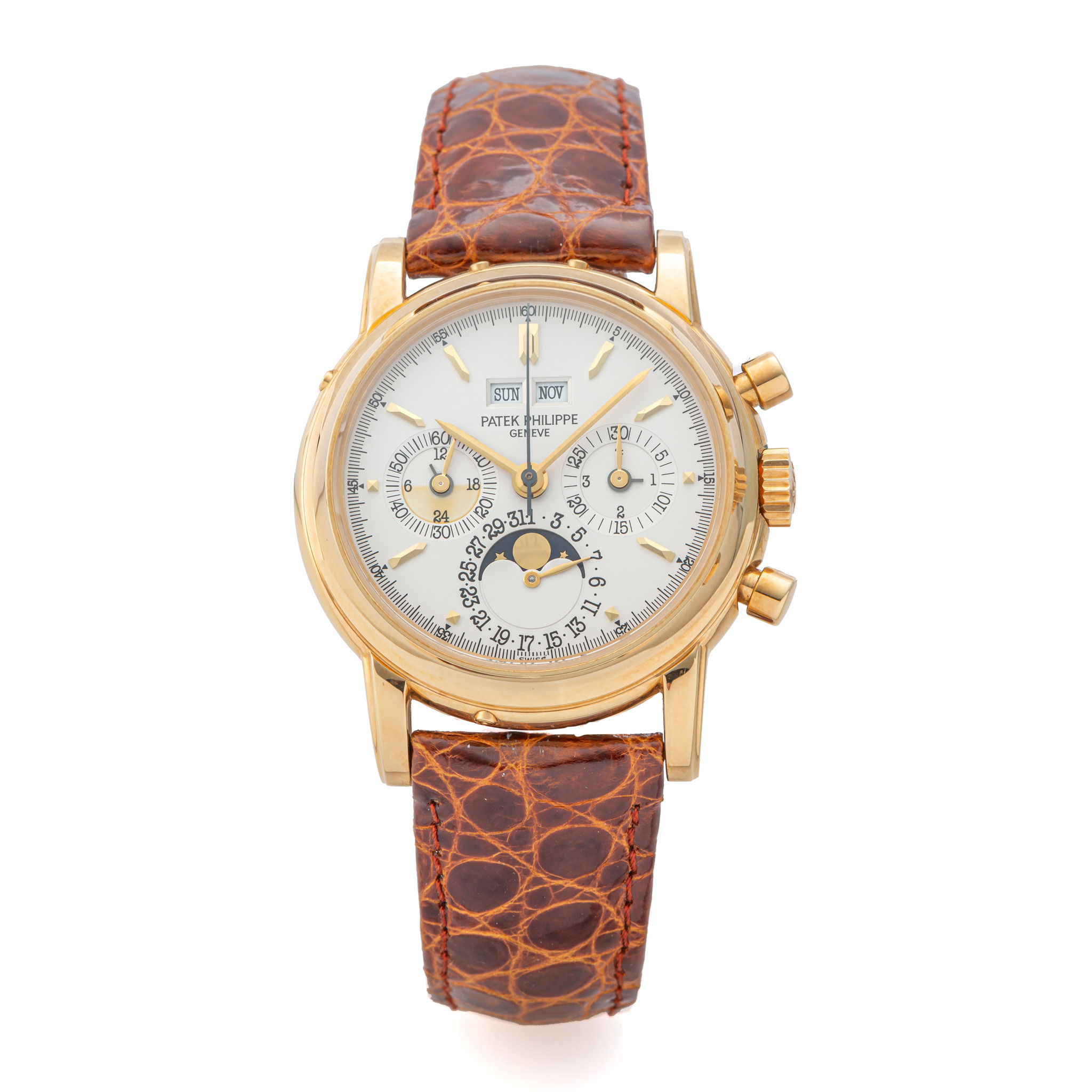 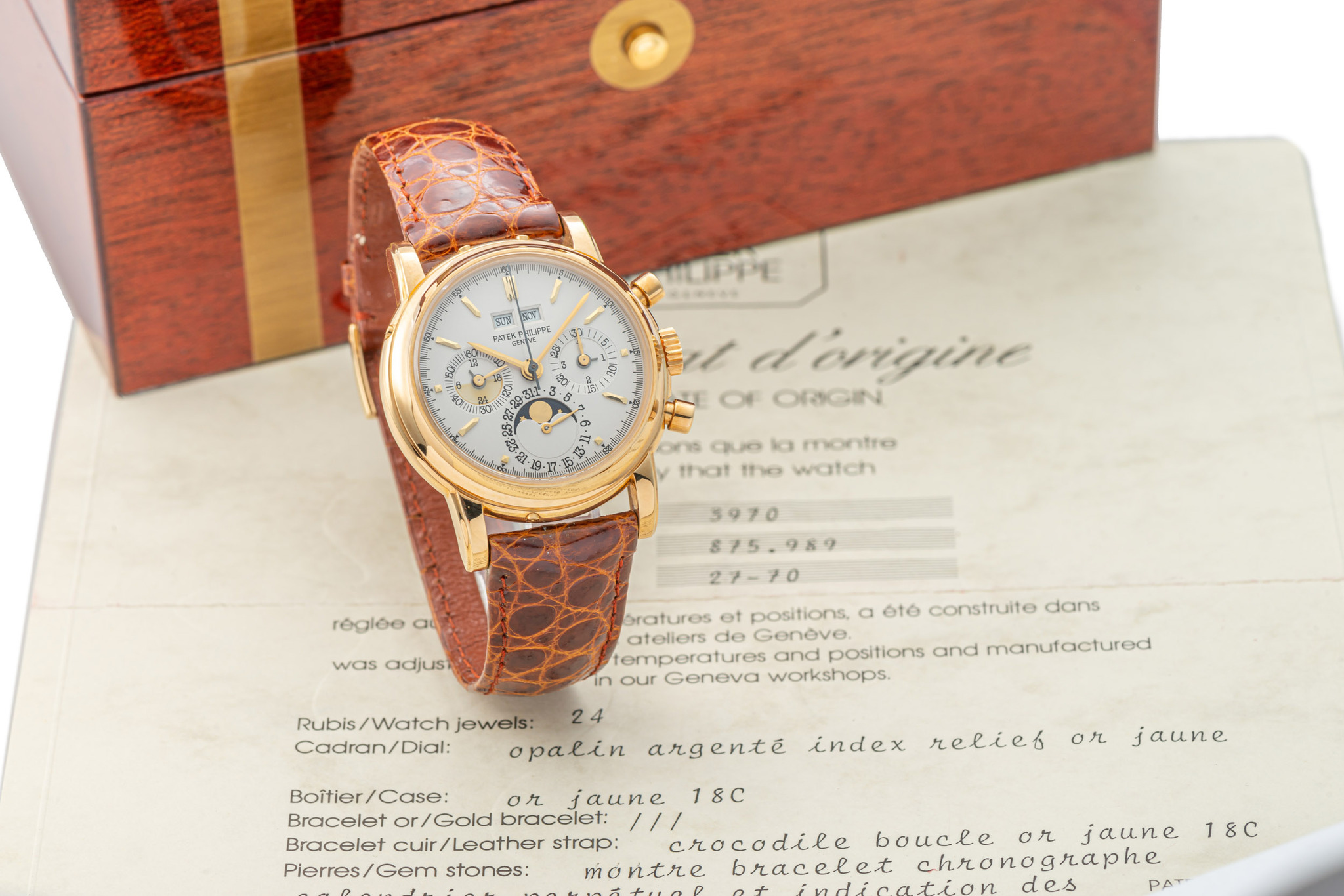 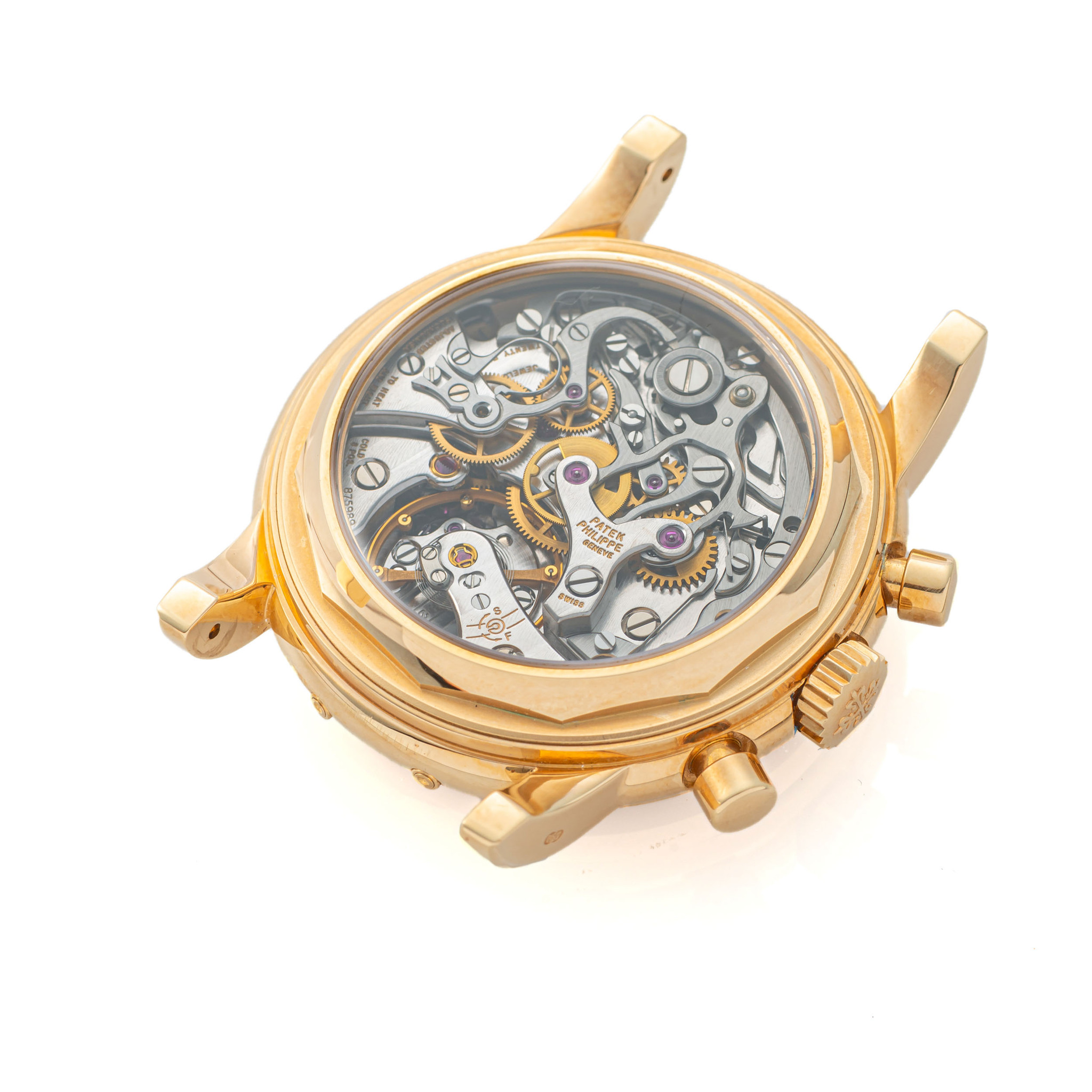 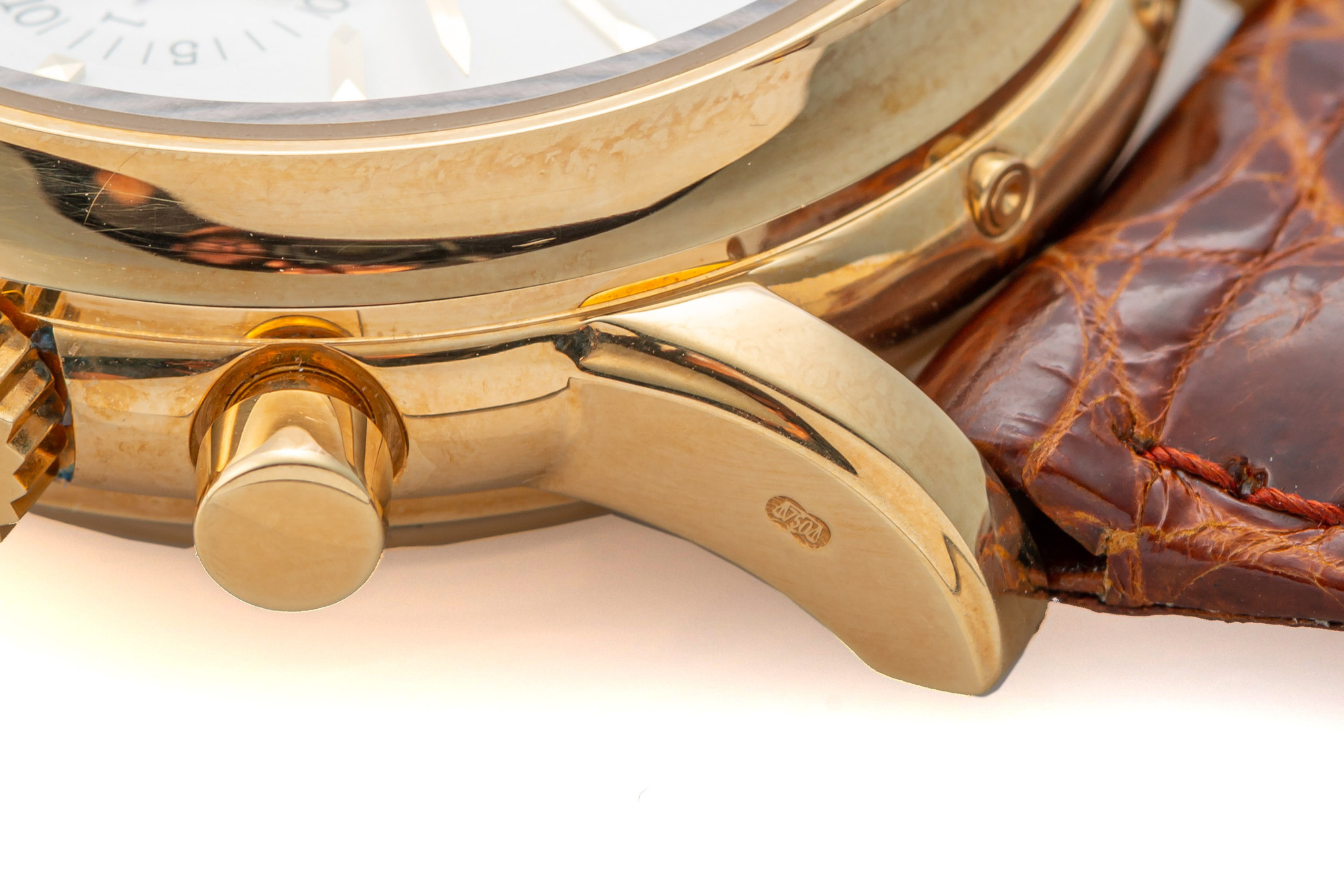 ANTIQUORUM’s 1989 thematic auction “The Art of Patek Philippe” signaled the start of the company’s growing popularity among watch enthusiasts. Although PATEK PHILIPPE had always cultivated a discerning, loyal clientele, it was never a high profile brand. That changed dramatically as affluent individuals began purchasing modern Patek Philippe wristwatches to wear and enjoy.
Consequently, thanks to the successful market of the late 1980s, the Ref. 3970 became a “best seller” for Patek Philippe. Amazingly enough, only a handful of collectors recognized the true scarcity of certain variations for this watch, in particular, the endless possibilities for collecting Ref. 3970 by dial variation or different styled indexes and/or hands. Ref. 3970 / 3971 (1986- 2005). The 3970 was introduced for Patek Philippe’s 150th anniversary, to replace the successful model Ref. 2499, which had been produced from 1951 to 1985. Thanks to the explosive popularity of collecting vintage Patek Philippe wristwatches during the early 1980’s, collectors had discovered the extreme rarity and enduring value associated with these timepieces. In a rare breach of Patek’s legendary secrecy, it was discovered that fewer than 400 Ref. 2499 timepieces, including the final evolution, the Ref. 2499/100, had been manufactured during the model’s entire production. Patek Philippe also sensed the need for a more modern design of its flagship model, which had only undergone minor design revisions over a 30 year period. Purchased by a Swiss collector, this 1991 3970 has been kept in excellent condition exhibiting 2 strong hallmarks on the side of the case as well as nicely stepped lugs and complete with its spare back and original certificate.