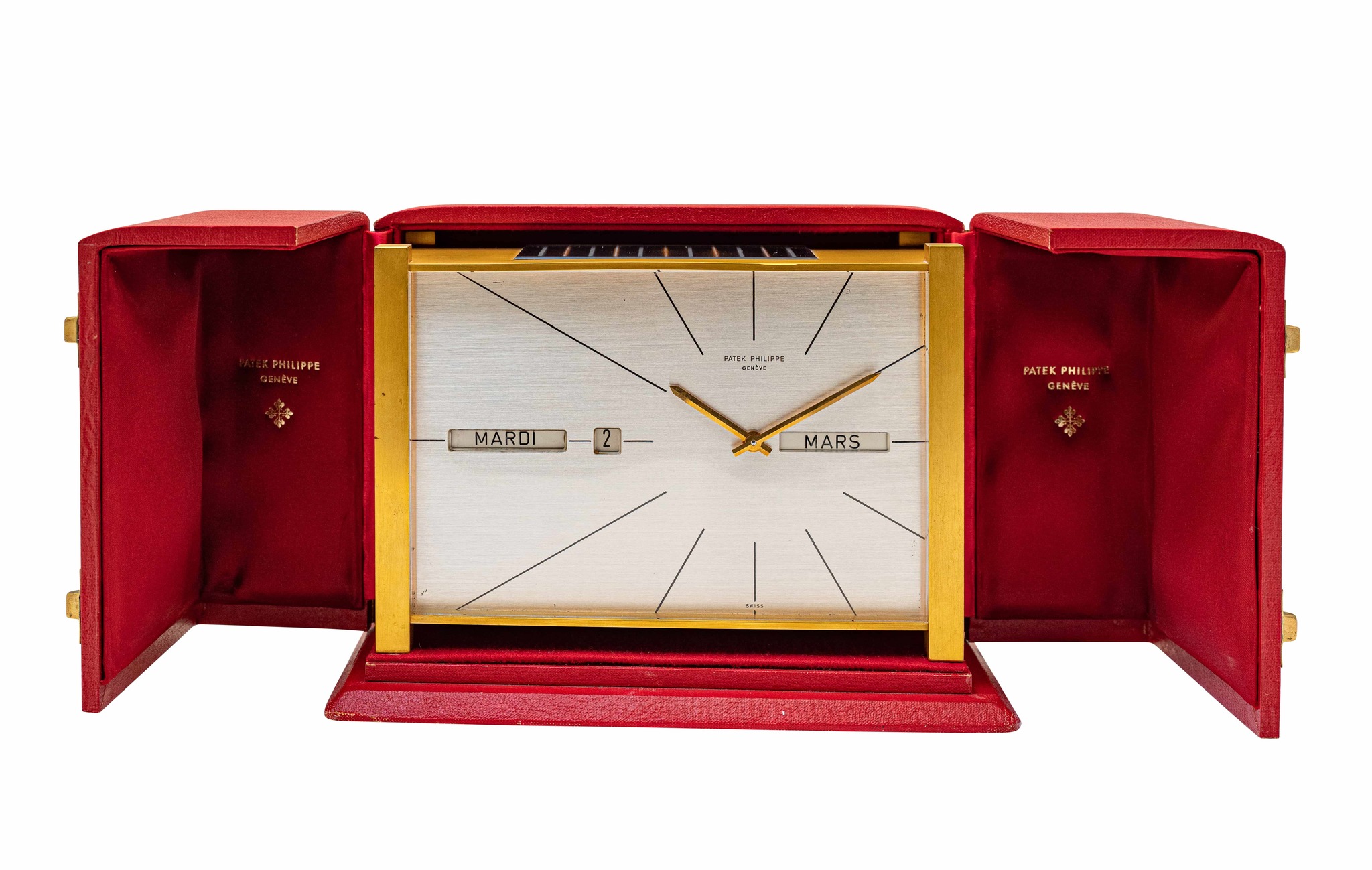 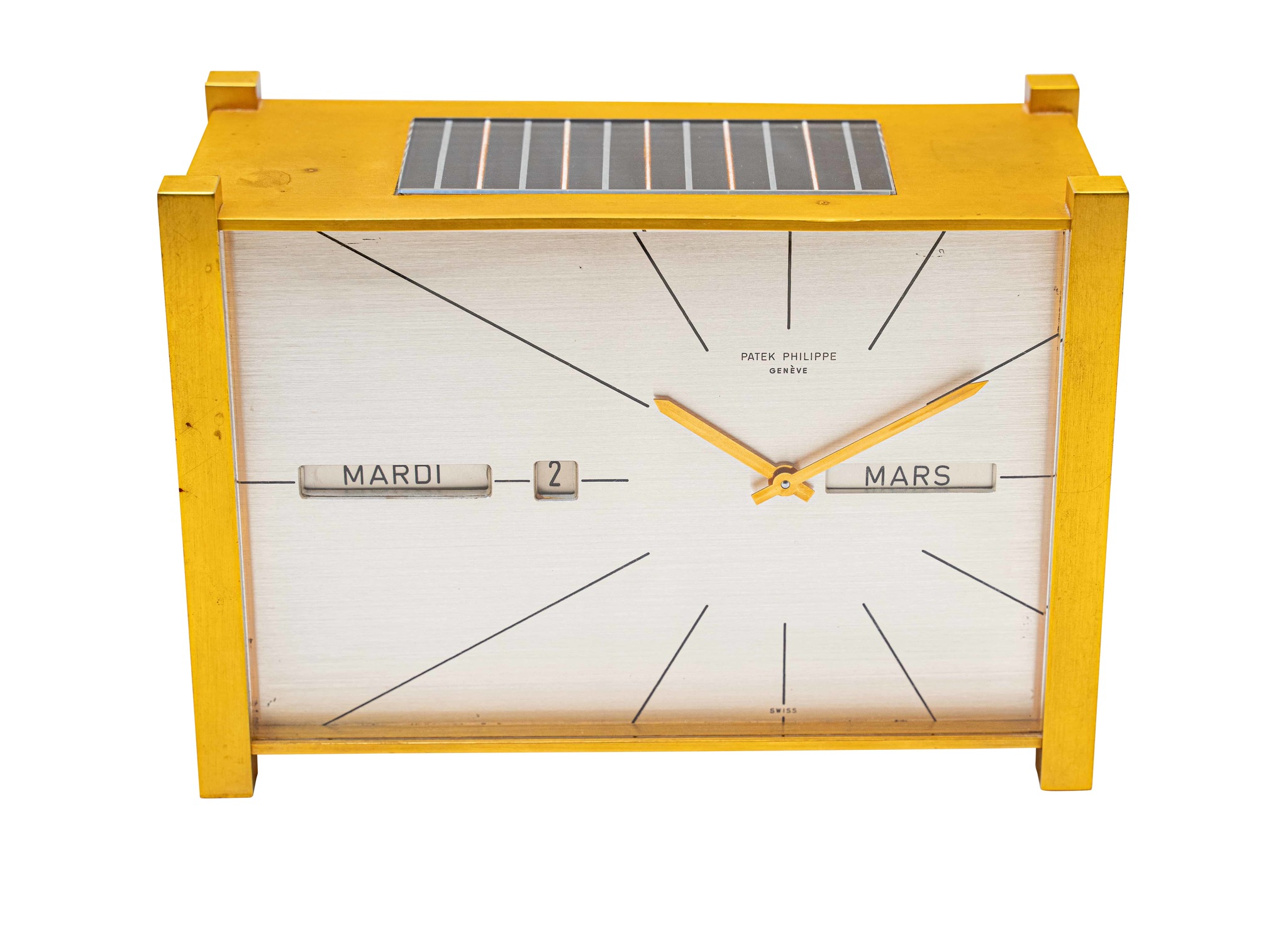 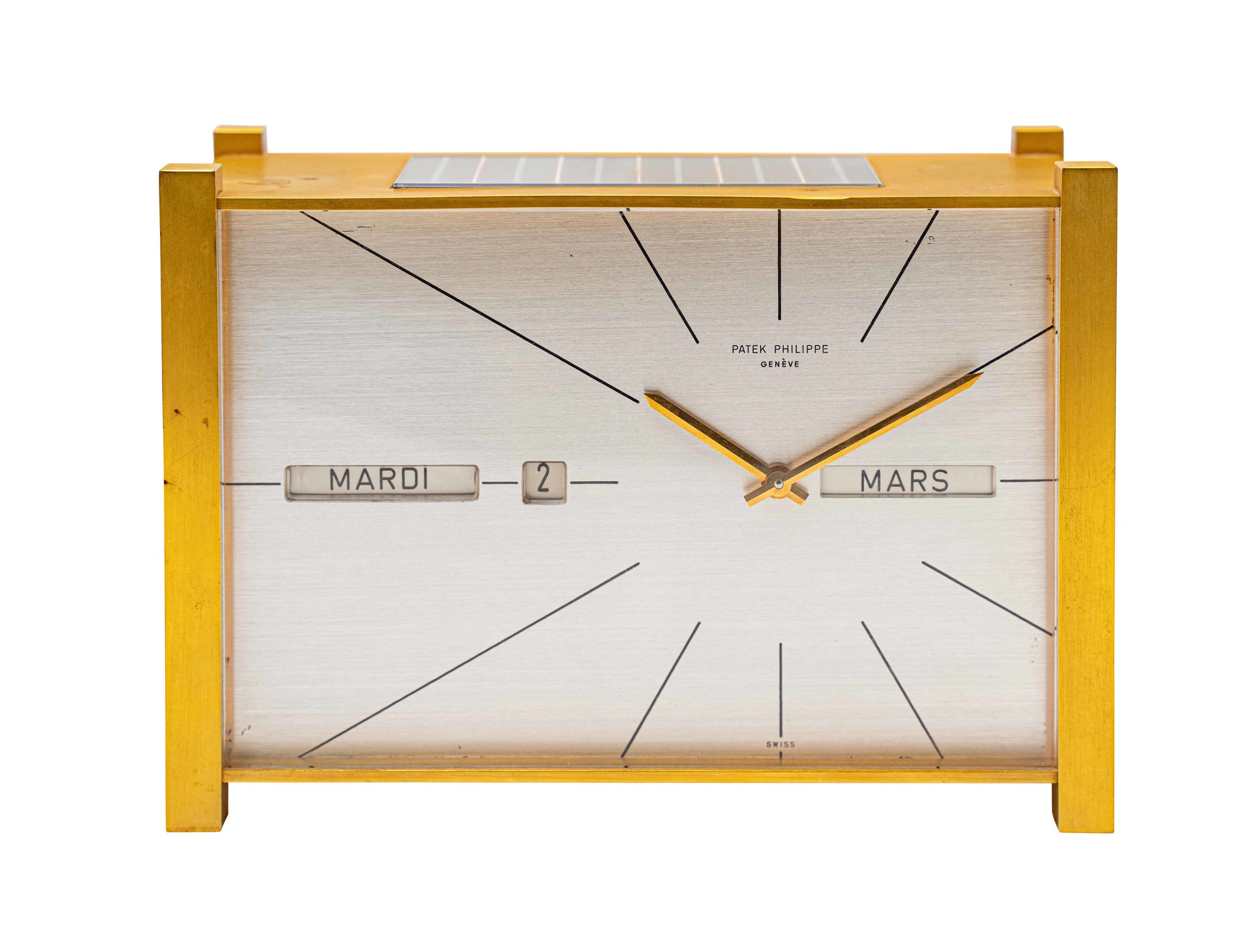 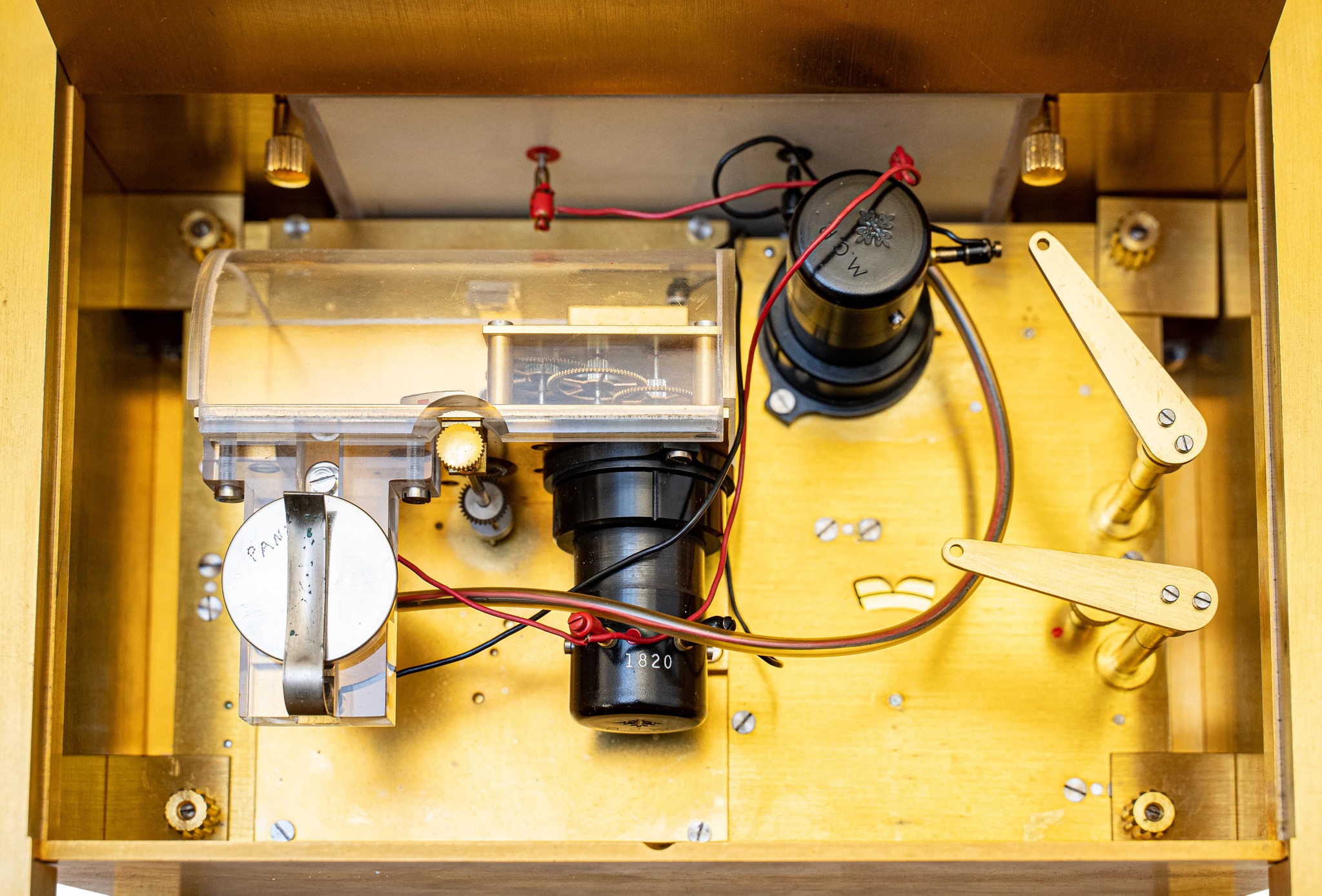 The reference 503.24 E
This reference was launched in circa 1964 and was in production for around five years.
This model is one of the “Pendulette à remontage automatique par la lumière” (clock with automatic winding by light) collection launched in the 1960’s, of which the “Pendule Carrée” (square clock) is the most common; it is with the “Dome” clock the most classical table timepieces made by Patek Philippe. All of them are wound with the sun energy, through captors that power the mechanical 17-250 E calibre, a pocket watch movement, laying horizontally.
The Ref. 503.24 E is made of gilt brass cabinet with satin-finish, silvered metal dial and gilded brass “Bâton” hands. Very few examples were produced, of which 14 are known to this day (four of them were delivered to Tiffany & Co, New York).
Patek Philippe Electronics Division
In 1948 Patek Philippe created an Electronics Division, which initiated an interesting period in its history, the Geneva-based manufacturer obtained several Swiss patents for timepieces that were wound using photoelectric cells.
The spirit of permanent innovation that has driven Patek Philippe's management since its beginnings (1839) finds here new fields of exploration that combine its mechanical know-how with the most advanced technology.
In these achievements, a solar panel is located on top of the clock's cabinet, it supplies electrical energy to a storage device (micro-accumulator) which, in turn, transmits mechanical energy to wind the spring of the watch movement located at the heart of the clock.
Mechanical movement wound by gears increasing the speed activated approximately every five hours by an electric micrometer, powered by a storage device charged by a photoelectric cell on top of the cabinet.
Patek Philippe took seven years to fully understand this technology and is one of the first companies to use light energy as a source of operation.
17-250 EQ Movement
The 17-250 EQ movement, (17 standing for the size, E for “Electronique” and Q for “Quantième”) is based on the French invention patent No. 1 119 215, delivered on December 10, 1954, to Ancienne Manufacture d’Horlogerie Patek, Philippe & Cie (Société Anonyme), Geneva, for a “Pièce d’horlogerie à marche entretenue par l’énergie débitée par une cellule photoélectrique”. (Timepiece with a movement maintained by the energy delivered by a photoelectric cell.) The patent request was made in Switzerland on march 26, 1954.
The perpetual calendar requires no adjustment in months with less than 31 days. Even for the 29th of February in leap years in fact equipped with a backup battery system that allows it to operate in total darkness for at least one year. This feature is very useful for the model with perpetual calendar which does not require any date adjustment.