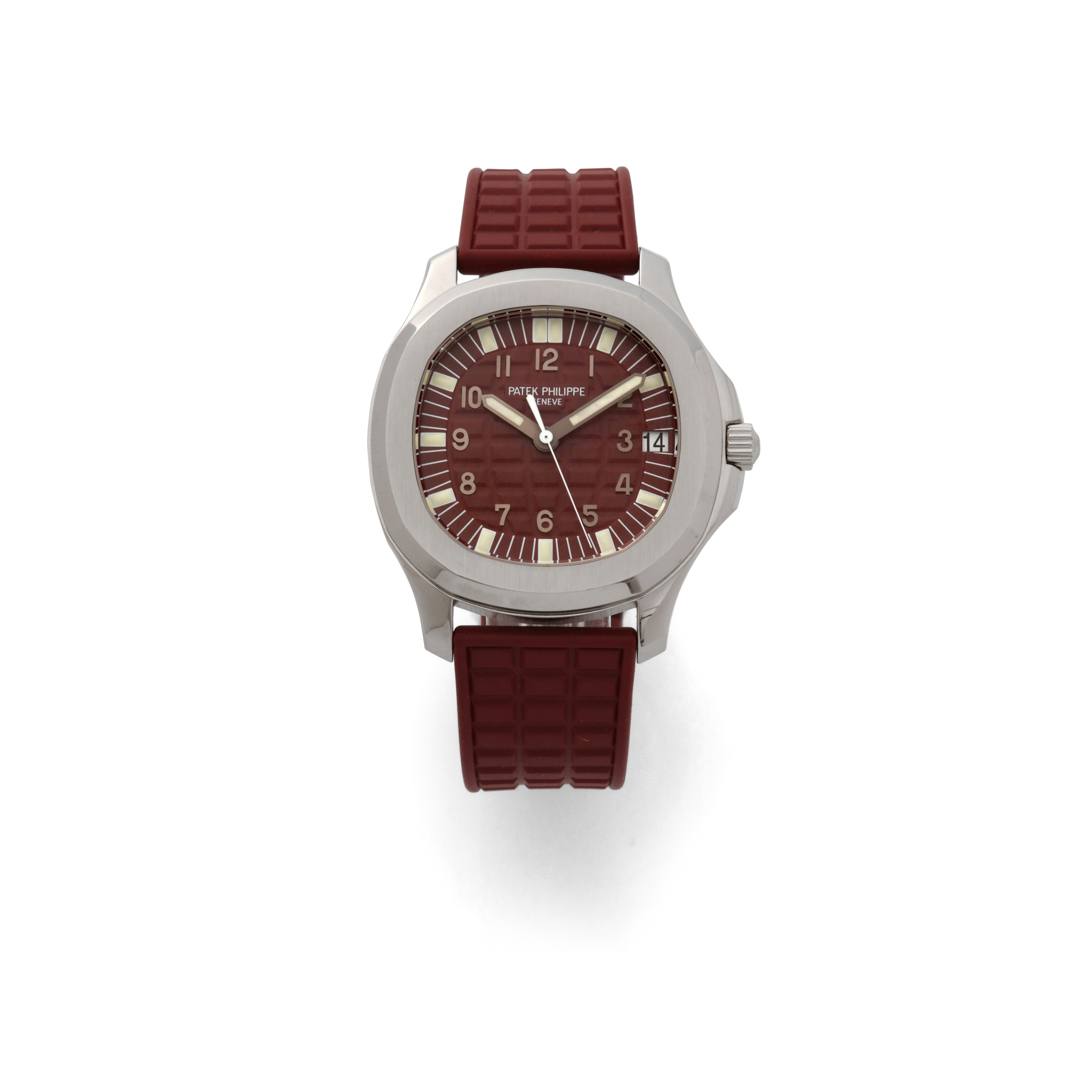 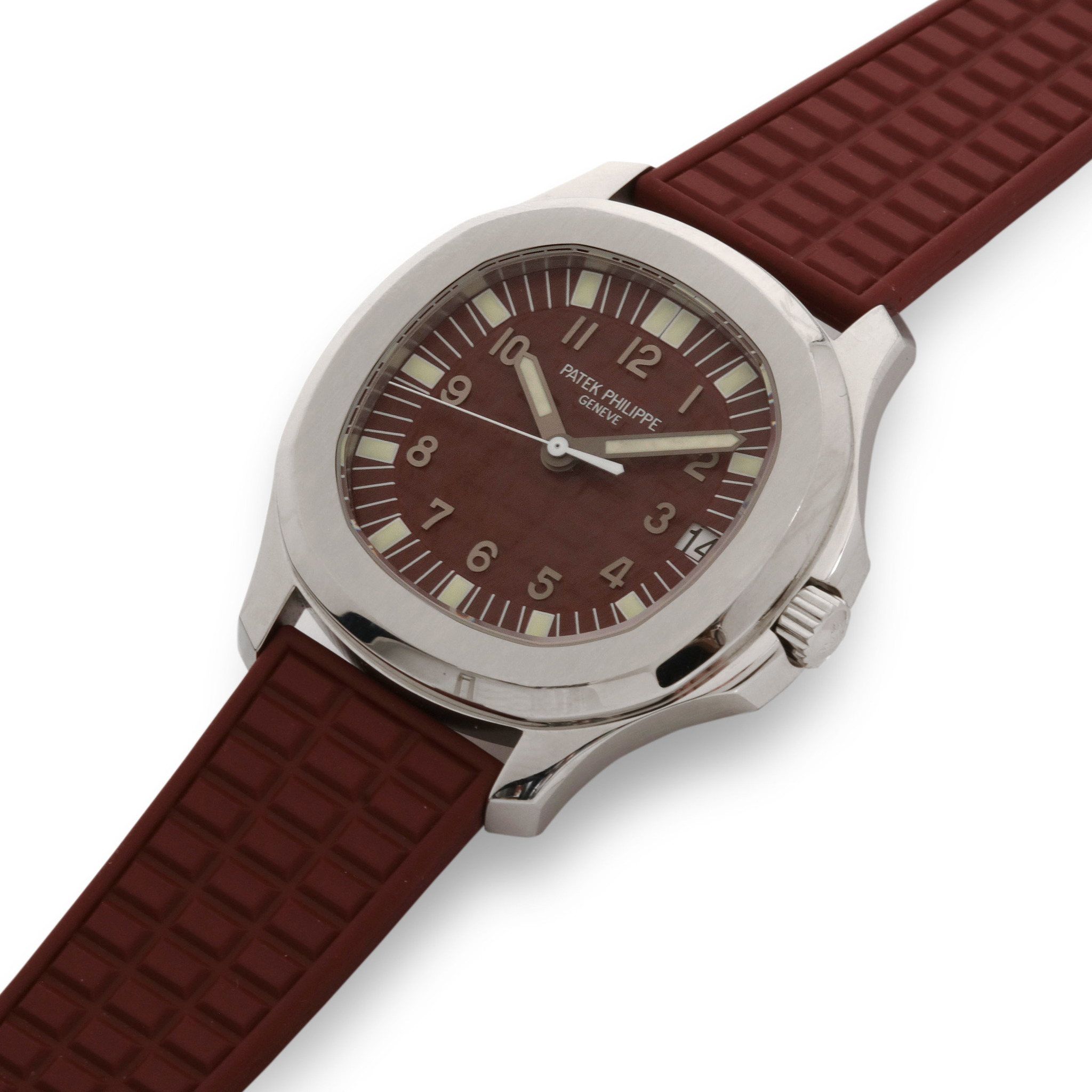 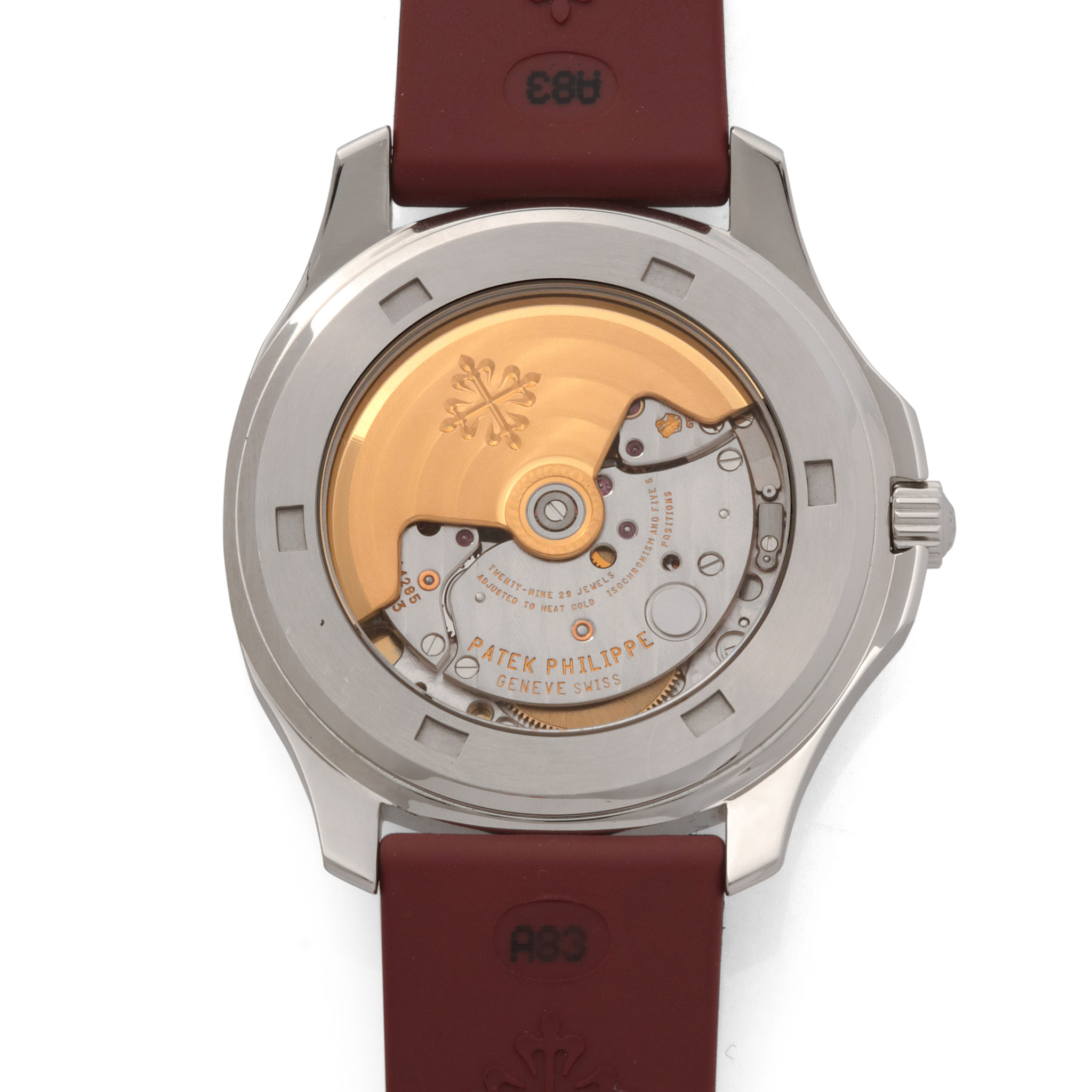 Patek Philippe launched the “Aquanaut”, starting with the reference 5060, in 1997 at the Basel Fair. A sporty but chic wristwatch destined for the everyday life and designed to seduce the younger generation. Its case of 36 mm. is based on the beautiful octagonal-shaped designed by Gérald Genta for its oldest, the “Nautilus”.

From 1998 to 2006, Patek Philippe launched the reference 5065, bigger than the reference 5060: its case measures 37 mm., called “Jumbo” size. Housing the self-winding calibre 315, the watch has a screw down sapphire-crystal case-back.

Retailed with a rubber “tropic” strap, giving it a sportier and more modern look, the “Aquanaut” has seduced the new generations and has become a watch much appreciated by collectors and amateurs.

Preserved in perfect condition, still with its original hang tag, the watch is part of an extremely rare series of the Aquanaut that had special or custom “ordered dials”, in fact there has only ever been one other example ever offered at auction with the red “prune” “plum” colour dial and this is only the second one ever to appear making this an almost unique opportunity for the collector of rare steel Patek Philippe sport watches.