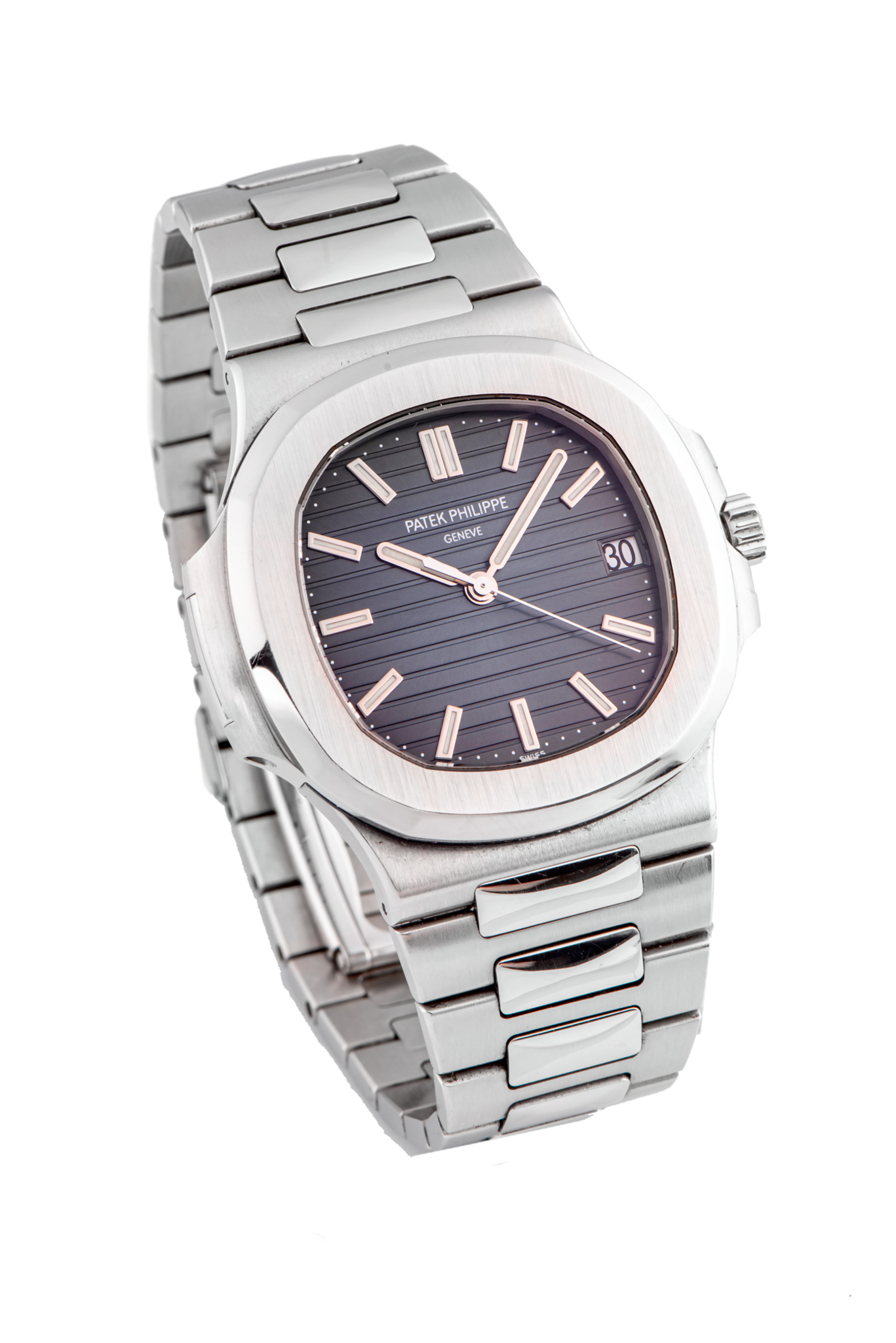 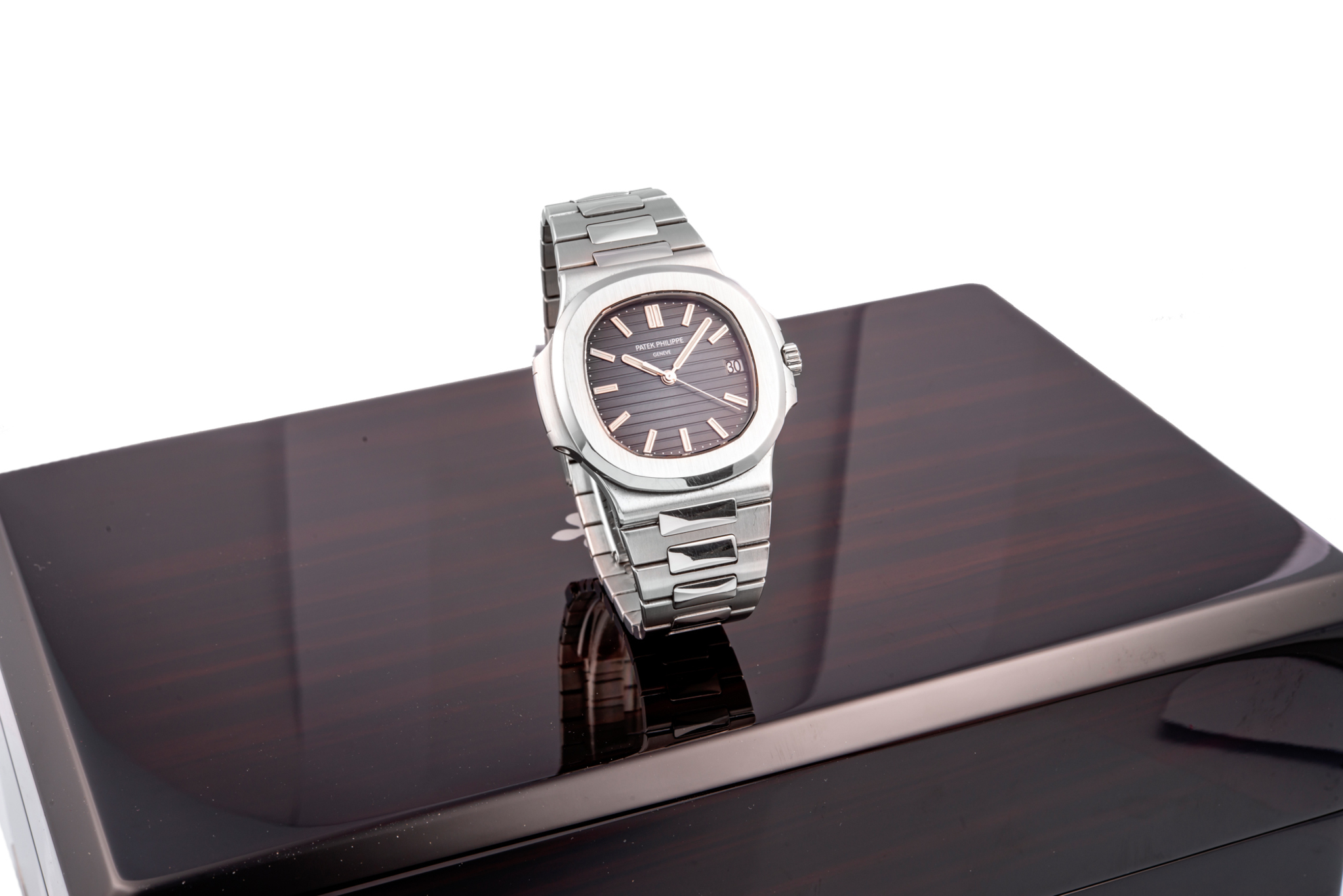 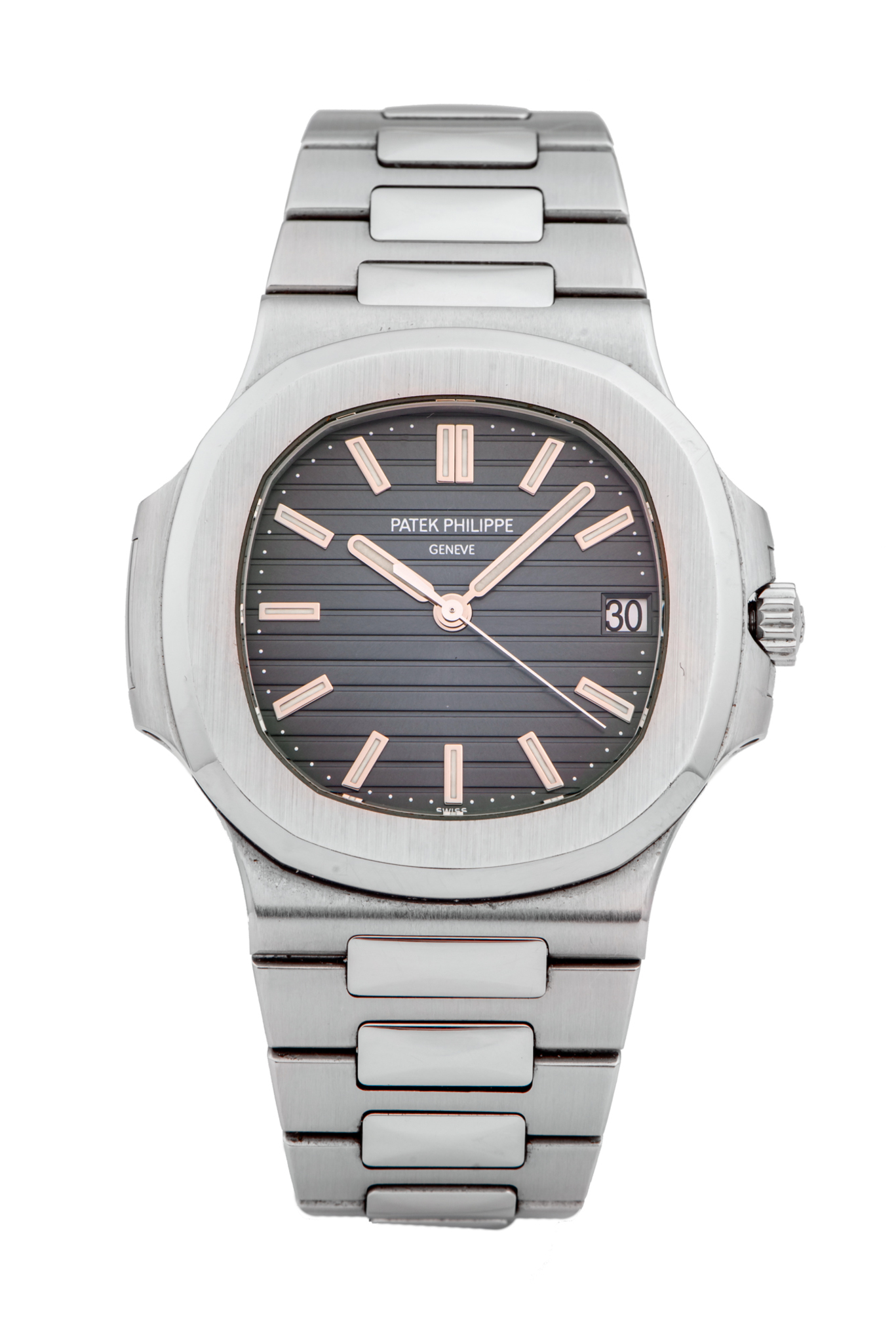 Launched in 1976, during the quartz crisis, the Nautilus is the second watch designed by Gerald Genta, after the Royal Oak in 1972. The shape of its case, very avant-garde for the time, reminds one of a porthole, which might explain its name after Captain Nemo's fictitious submarine, in Jules Verne's famous book Twenty Miles Under the Sea. The first reference is the 3700/1 manufactured from 1976 to 1981. To celebrate the 30th anniversary of the Nautilus, Patek Philippe launched the reference 5711 in 2006, featuring a slightly larger case design.
The specificity of the watch presented today is its dial, called "LED" for "large embossed dial" because it has 16 wider horizontal lines instead of the usual 18. It houses the 324 SC caliber, which still bears the Geneva Seal, a guarantee of quality, before it was hallmarked Patek Philippe in 2009.
Beyond the obvious investment that such a model represents, it is an icon of watchmaking history