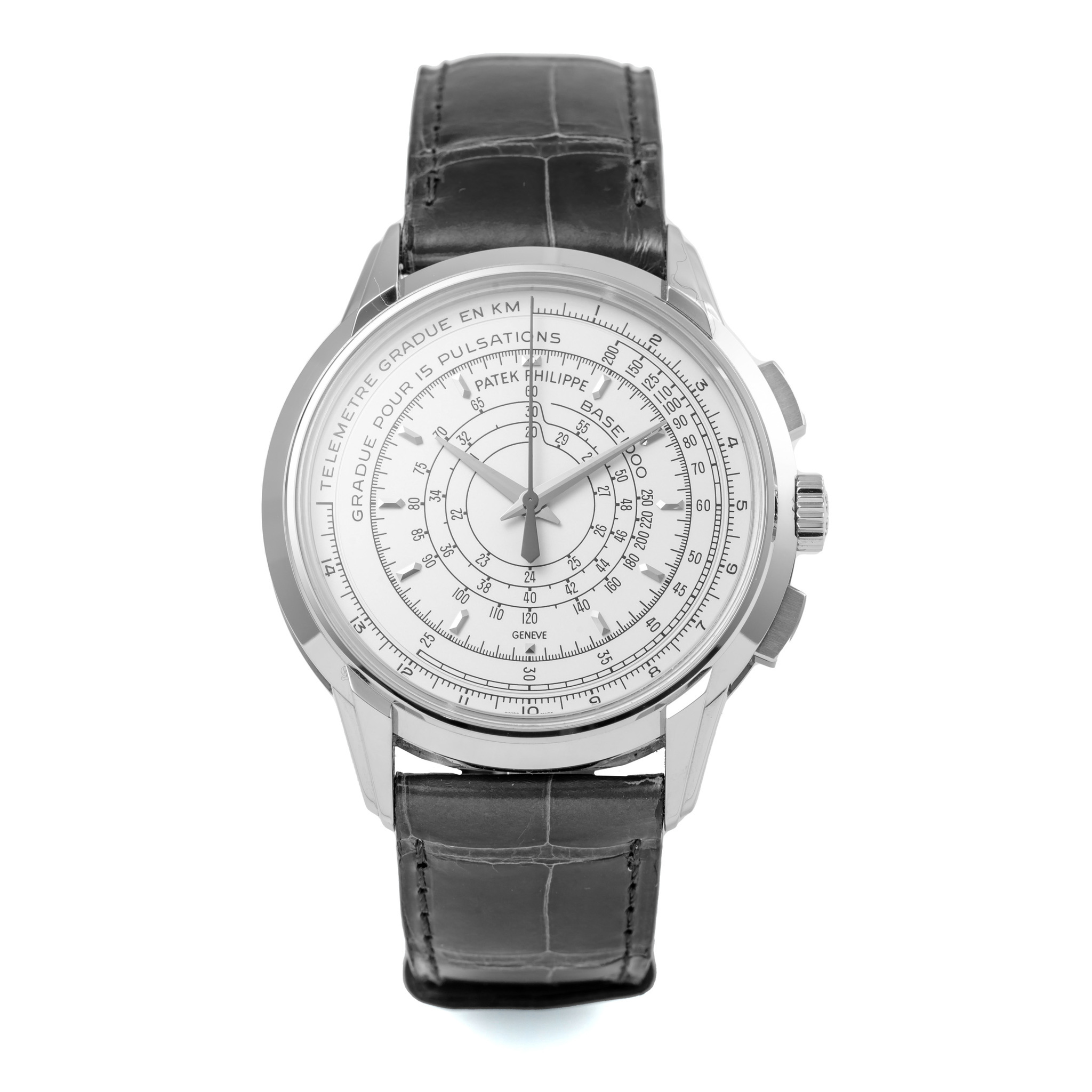 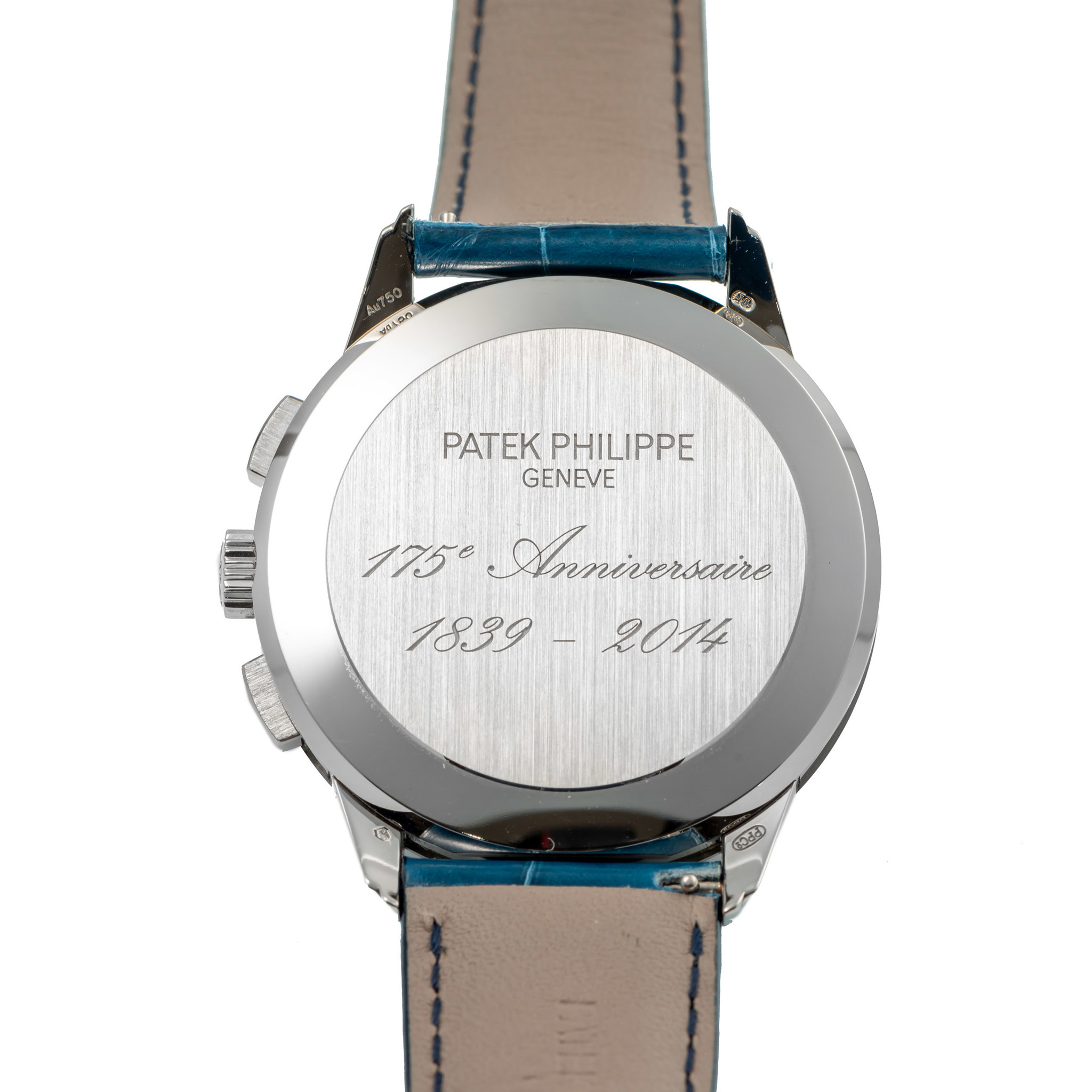 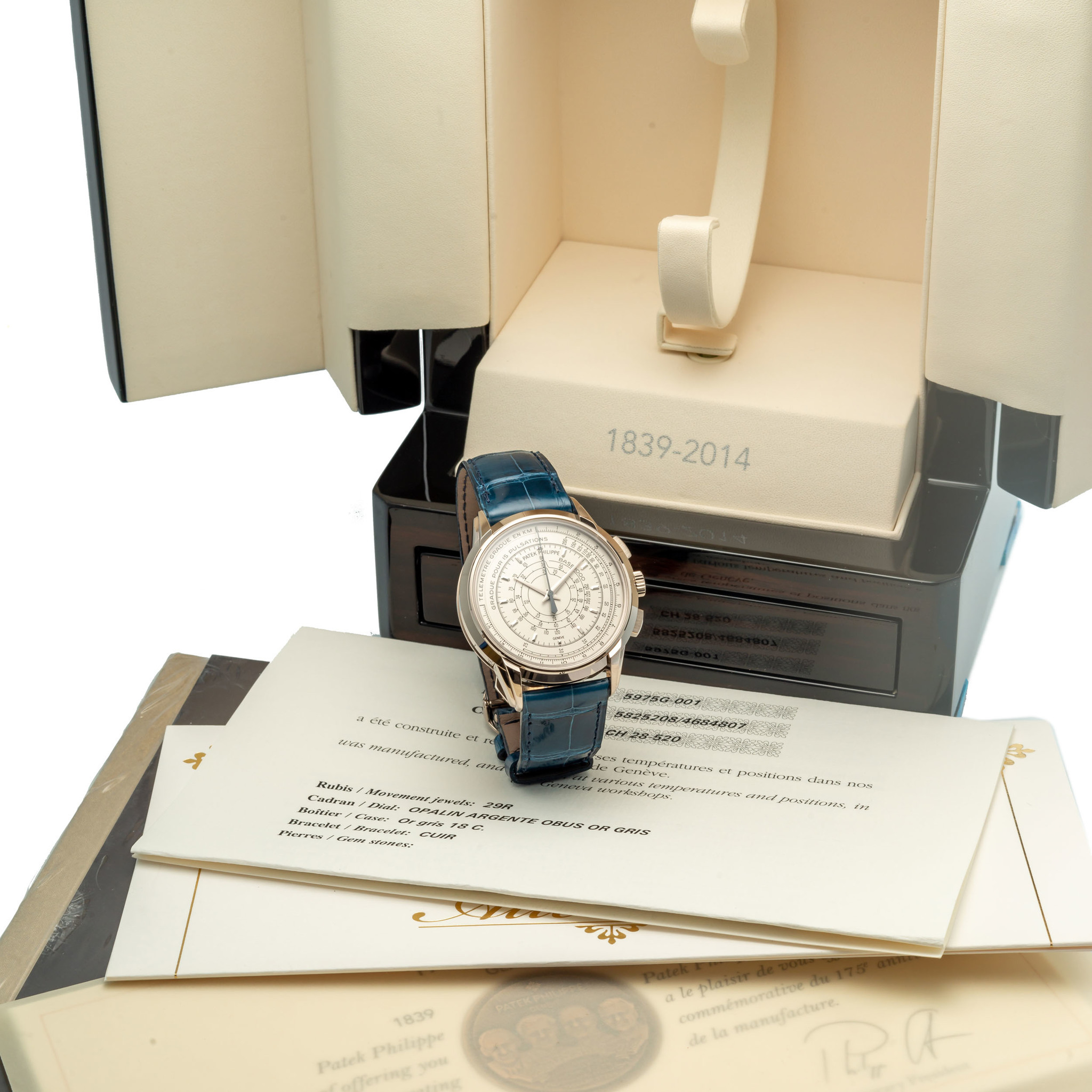 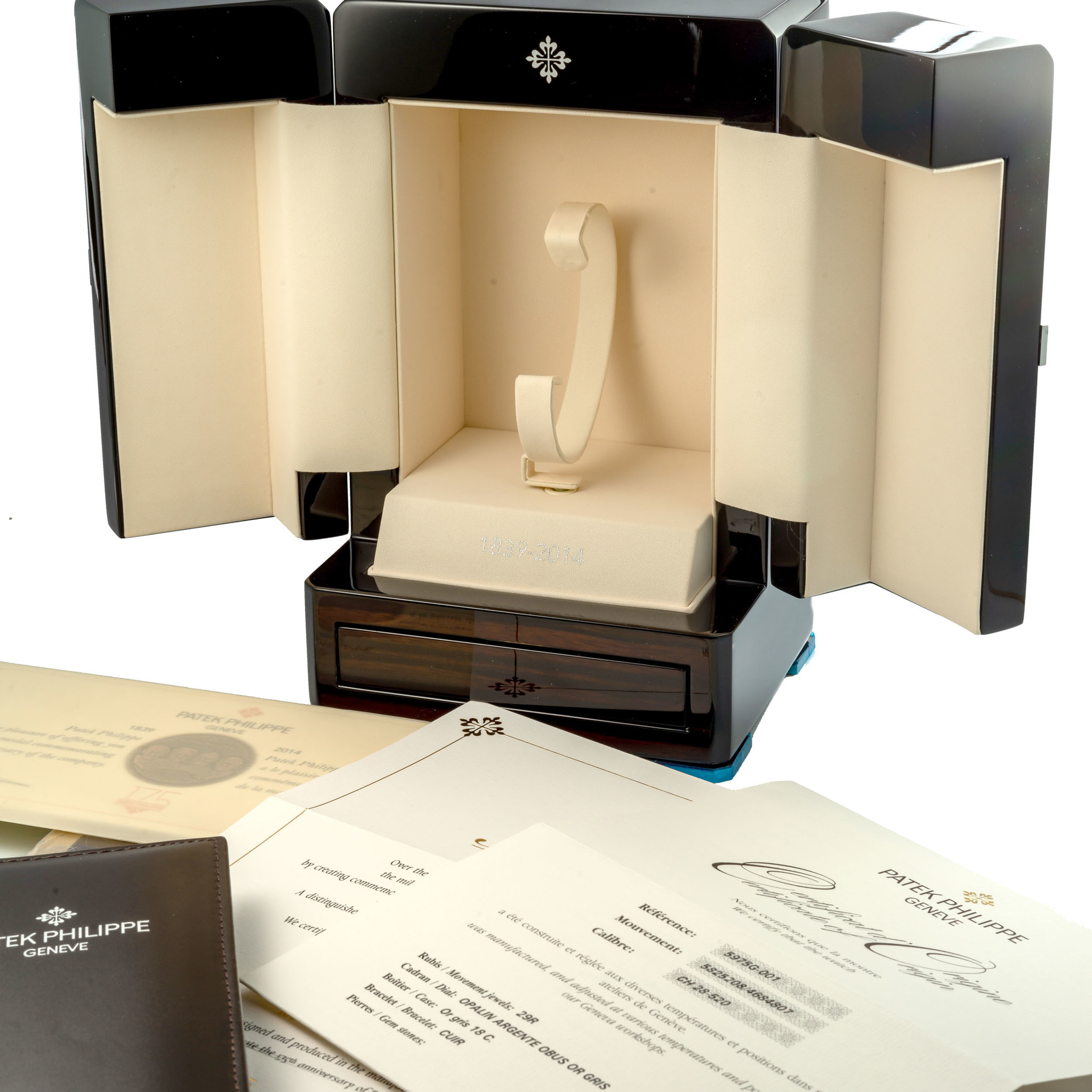 Patek Philippe, Ref. 5975
This reference was made in 2014 in four limited editions to commemorate the 175th Anniversary of the Genevan manufacture Patek Philippe (1839-2014):
· Ref. 5975 J, 400 examples in yellow gold;
· Ref. 5975 R, 400 examples in pink gold;
· Ref. 5975 G, 400 examples in white gold;
· Ref. 5975 P, 100 examples in platinum.
This self-winding wrist-chronograph with multi-scales (tachometer, telemeter and pulsometer) is originally delivered to the clients with a deployant clasp engraved “Patek Philippe 1839-2014”, an original wooden “175-year” fitted box, a Certificate of Origin, an Attestation and booklets, and an Anniversary Medal.
The nature of the Ref. 5975 is identifiable not only by its aesthetic merit, but also by its CH 28-520 movement that was developed explicitly for this watch. Technical sophistication at its peak, this self-winding movement consists of a classic column wheel which confers control over the start and stop functions, and an effectively zero-friction disk clutch that empowers the sweep chronograph hand to be a permanently running seconds hand. Building on this, the movement also provides the force for an awe-inspiring 21 500 vibrations per hour and a minimum of 50 hours of power reserve.
As an evidence of its technical finesse, the movement is graced with the prestigious Patek Philippe Seal. This recognises not only the maximum level of finishing that it possesses, but also the near-perfect accuracy of its movement and the impeccable precision of the results displayed on its three logarithmic scales.