A unique, historically important, manual wind, 18k yellow gold pocket watch with an enamel scene of the "woman with a water jug" painted by Suzanne Rohr. 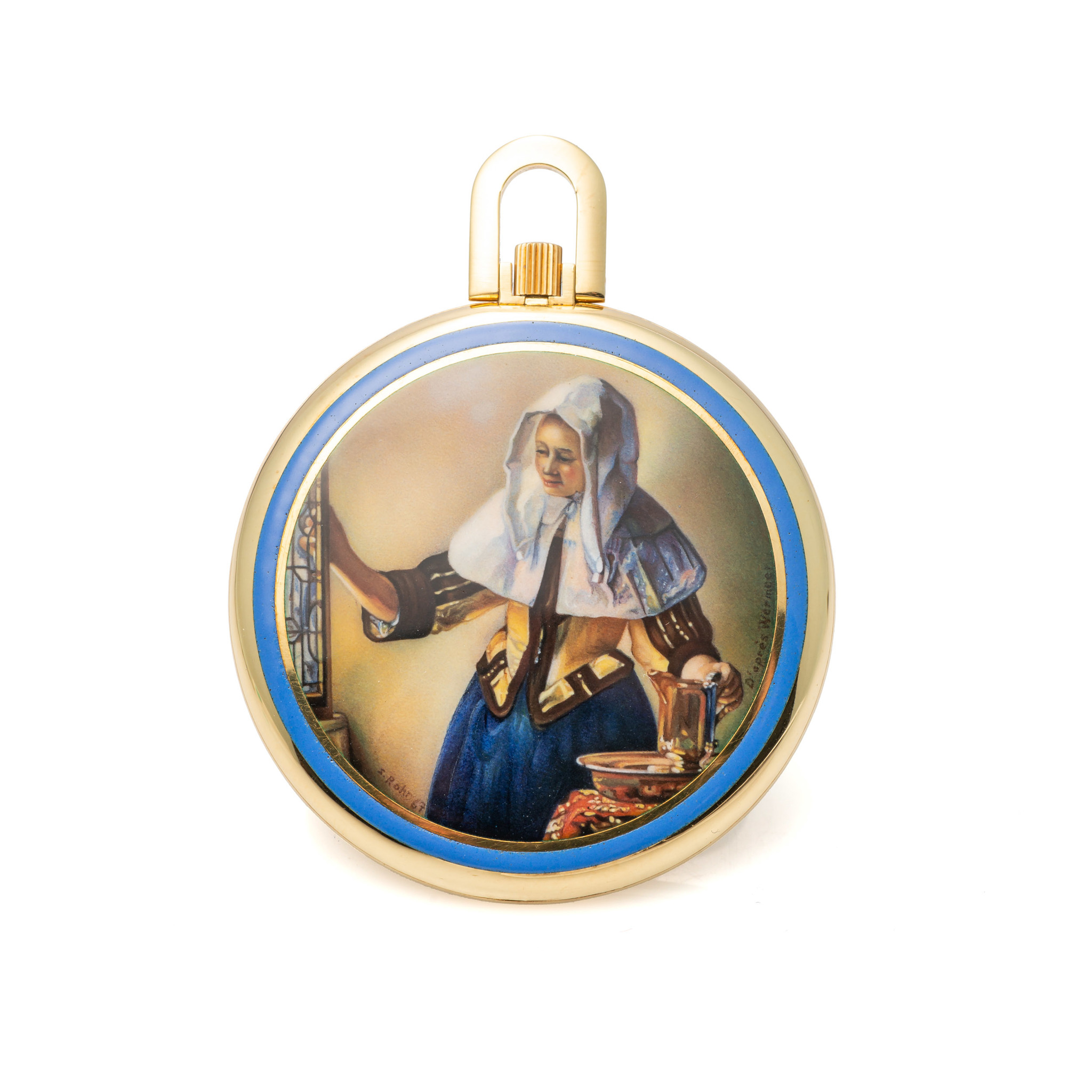 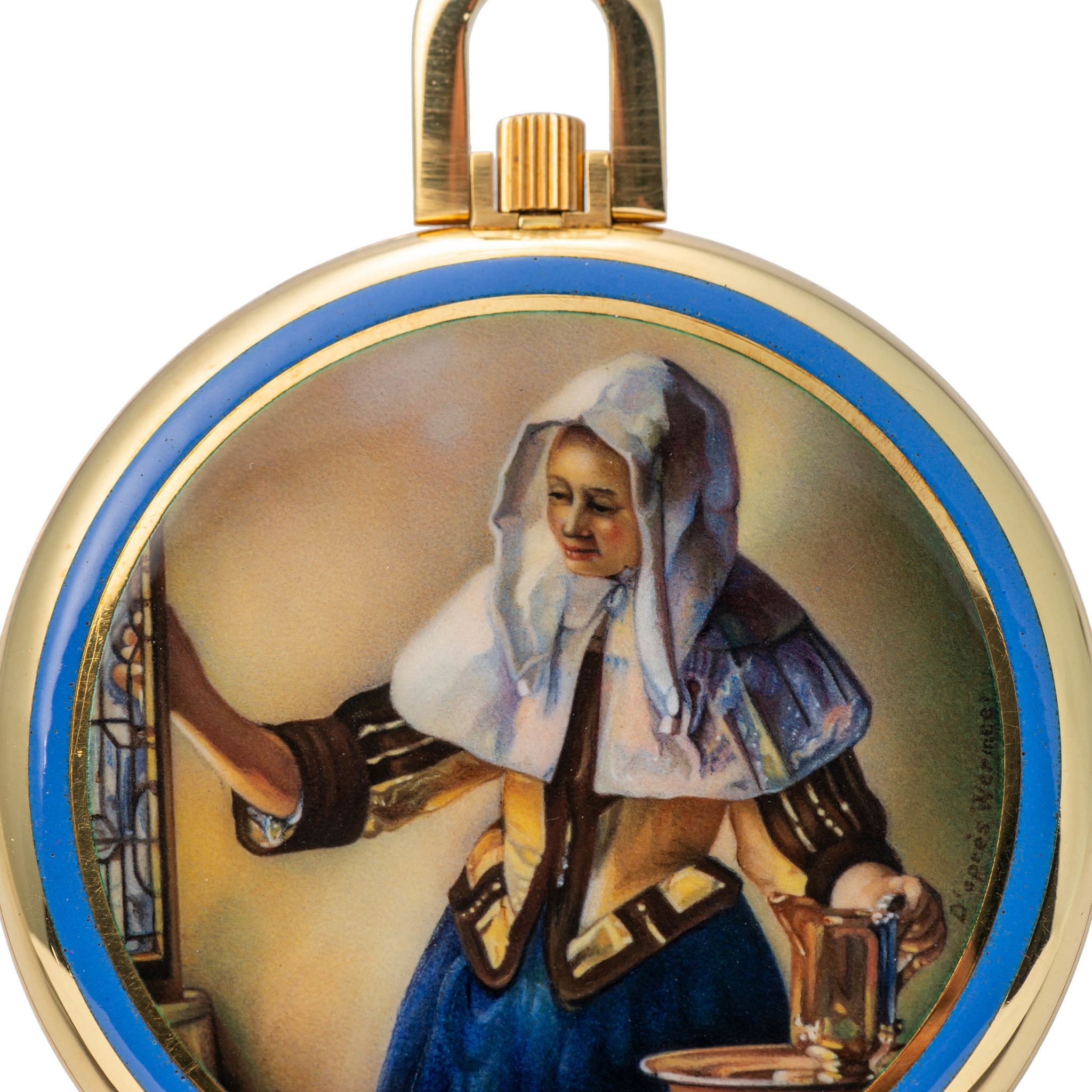 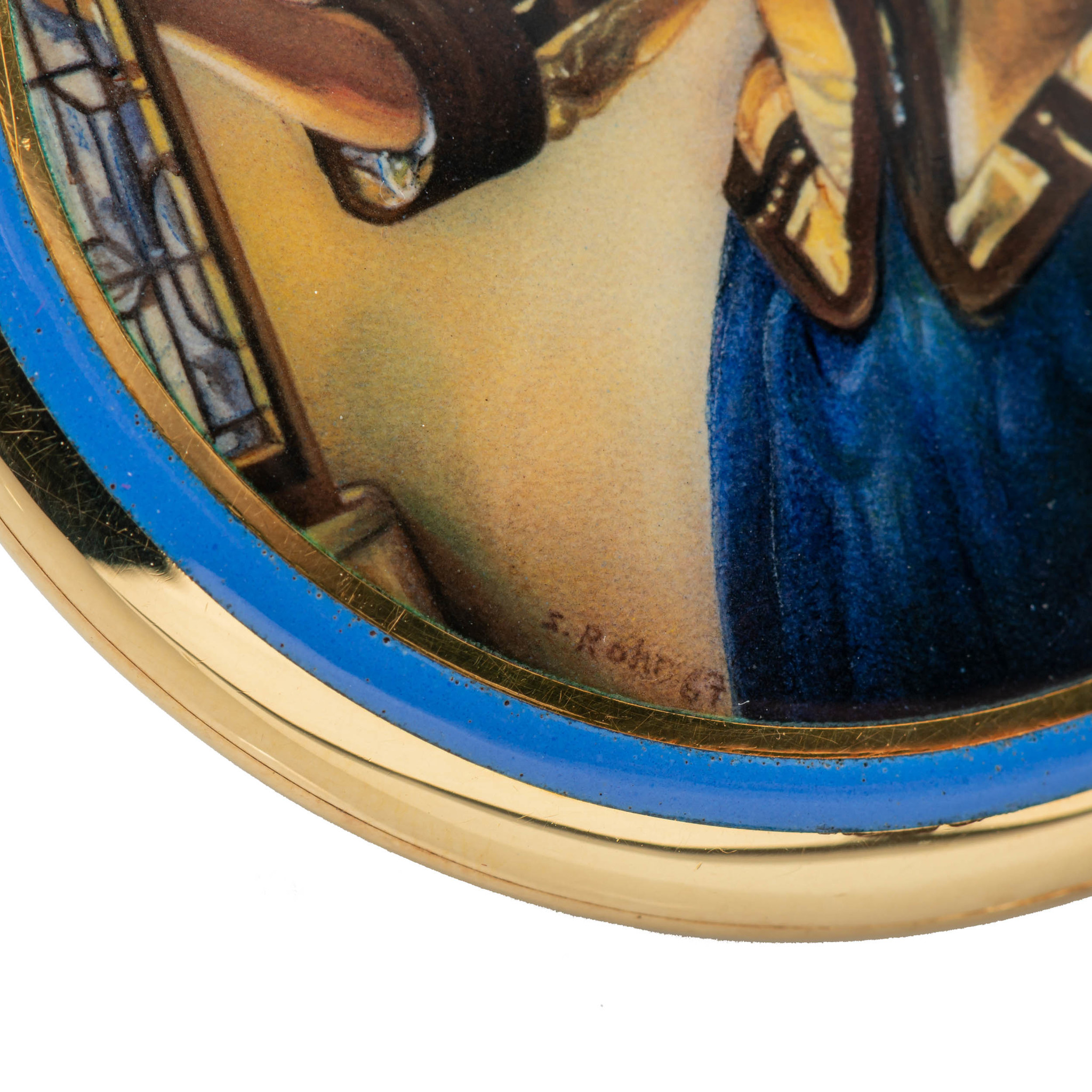 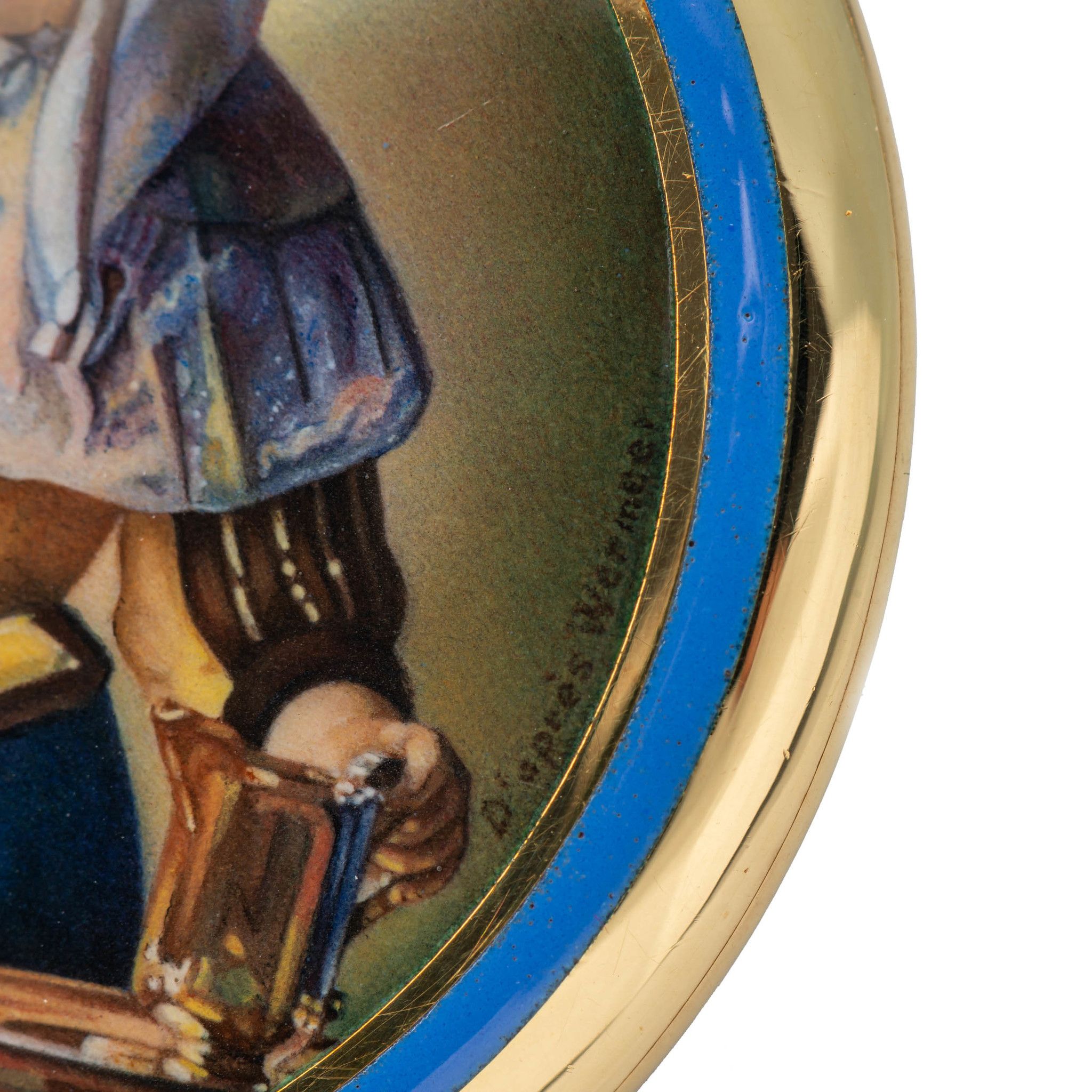 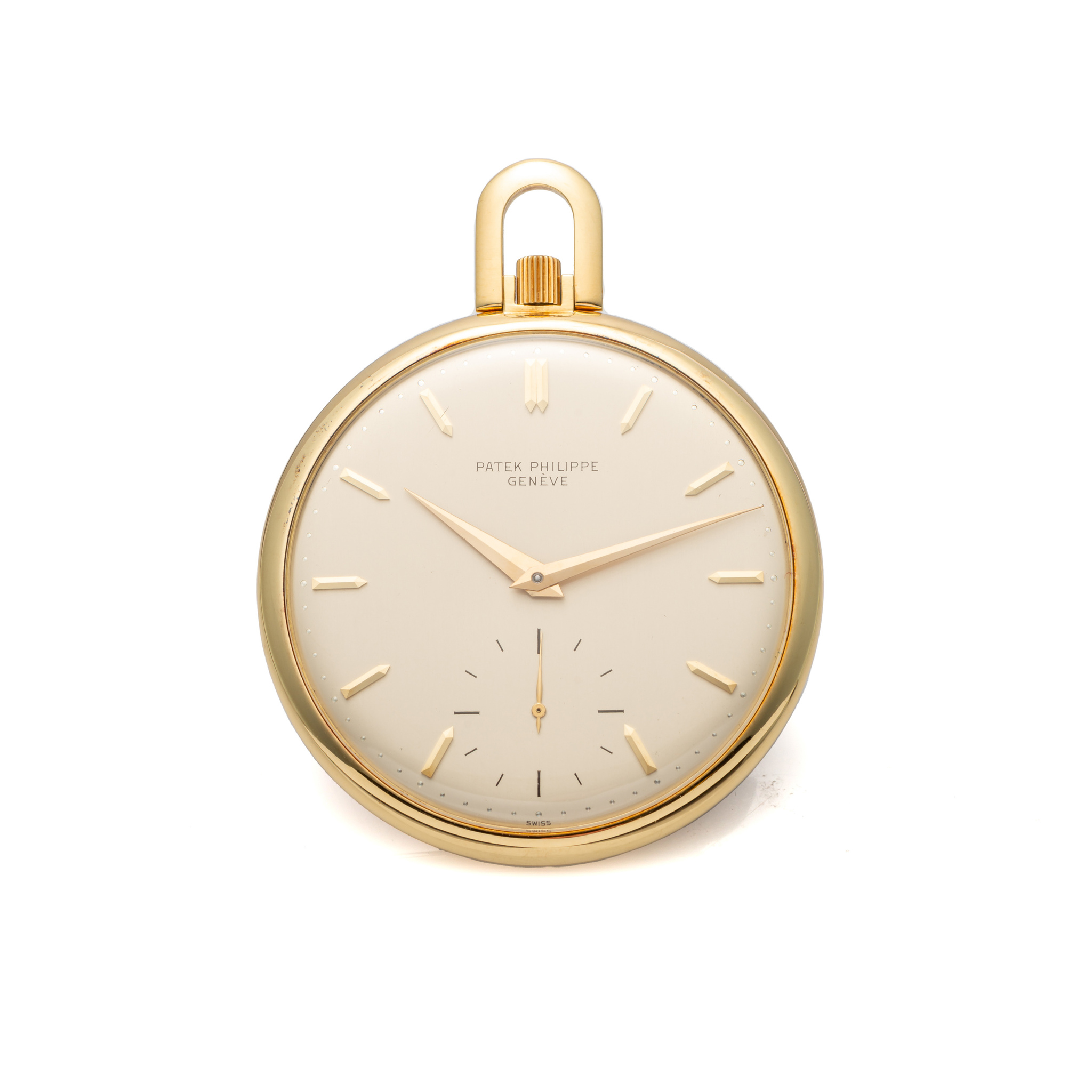 Acquired directly at the famous Art of Patek Philippe sale in 1989, this pocket watch has remained in the safe of the buyer ever since.
He specifically recalls at the time searching for enamel works by Suzanne Rohr but unfortunately none were available at the time so he had to purchase it through our auction.
There is no doubt that Suzanne Rohr (see biography below) is known as being one of the most talented enamelers of her generation, having created some of the most exquisite scenes for Patek Philippe.
Often inspired by paintings from the 1600 and 1700's such as Cuyp, Guardi, Vernet, Pagnocki, Fragonard, Renoir, this particular example is the only example based on the famous "Woman and the Jug" painted by Vermeer in 1658.

To the best of our knowledge there is 1 other unique piece inspired by the same painter, "The Milkmaid" and this one being the other. Signed on the enamel 1967, this was the first year of her collaboration with Patek Philippe making it one of the earliest known to the market. Kept in its original fitted box, the enamel has been kept in perfect condition showing no restoration or defects. Furthermore the level of details of the enamel is exceptional with an exquisite level of details rarely found even on pieces by Mrs Rohr. The enamel scene is surrounded by a light blue enamel surround that has never been seen until now on any other of her pieces. A museum quality example that has remained unseen on the market since 1989.

Property of a Swiss collector