18K yellow gold, enamel and pearl-set, half hunting-case, keyless-winding, form-watch in the shape of a ring, with expandable circle (or “ring body”). 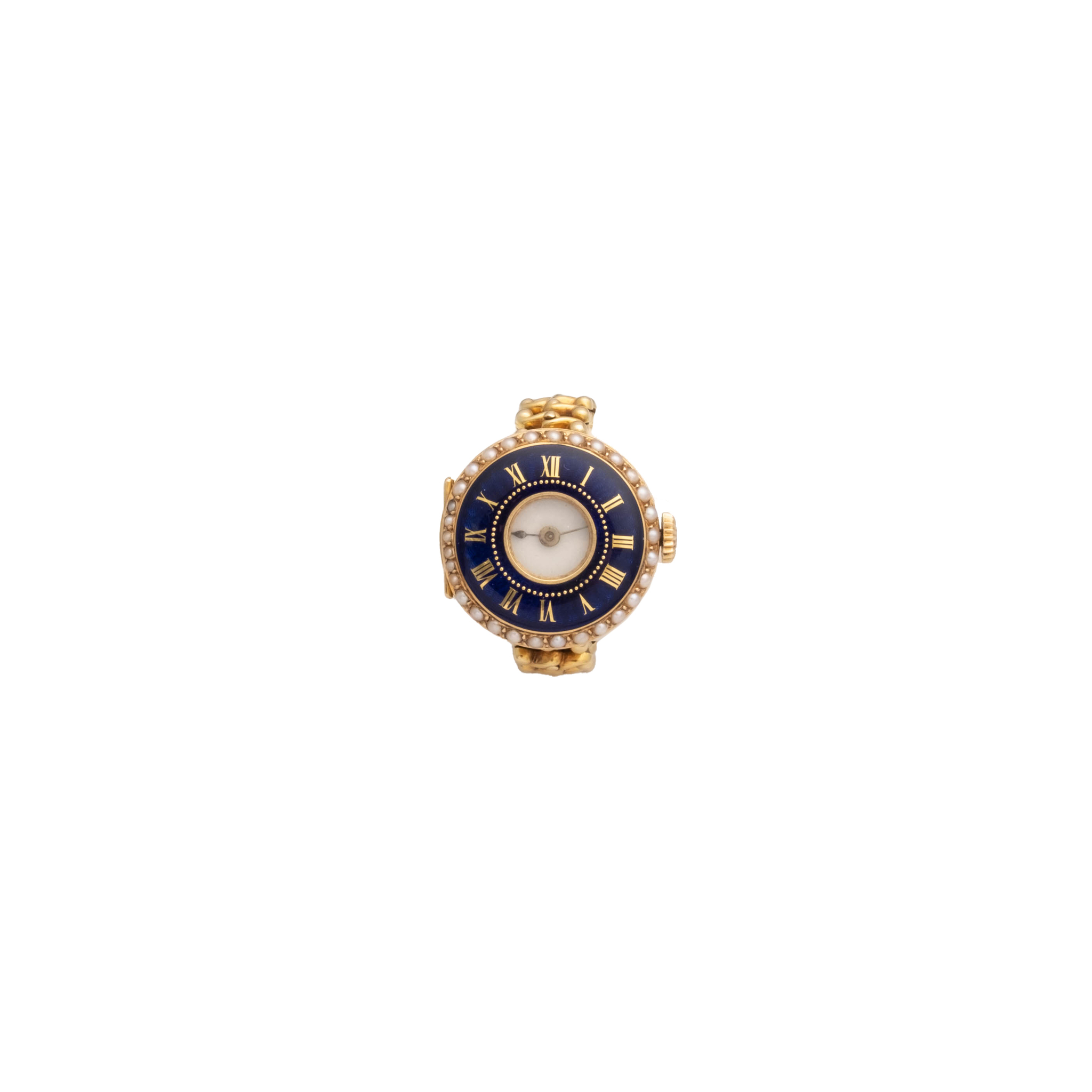 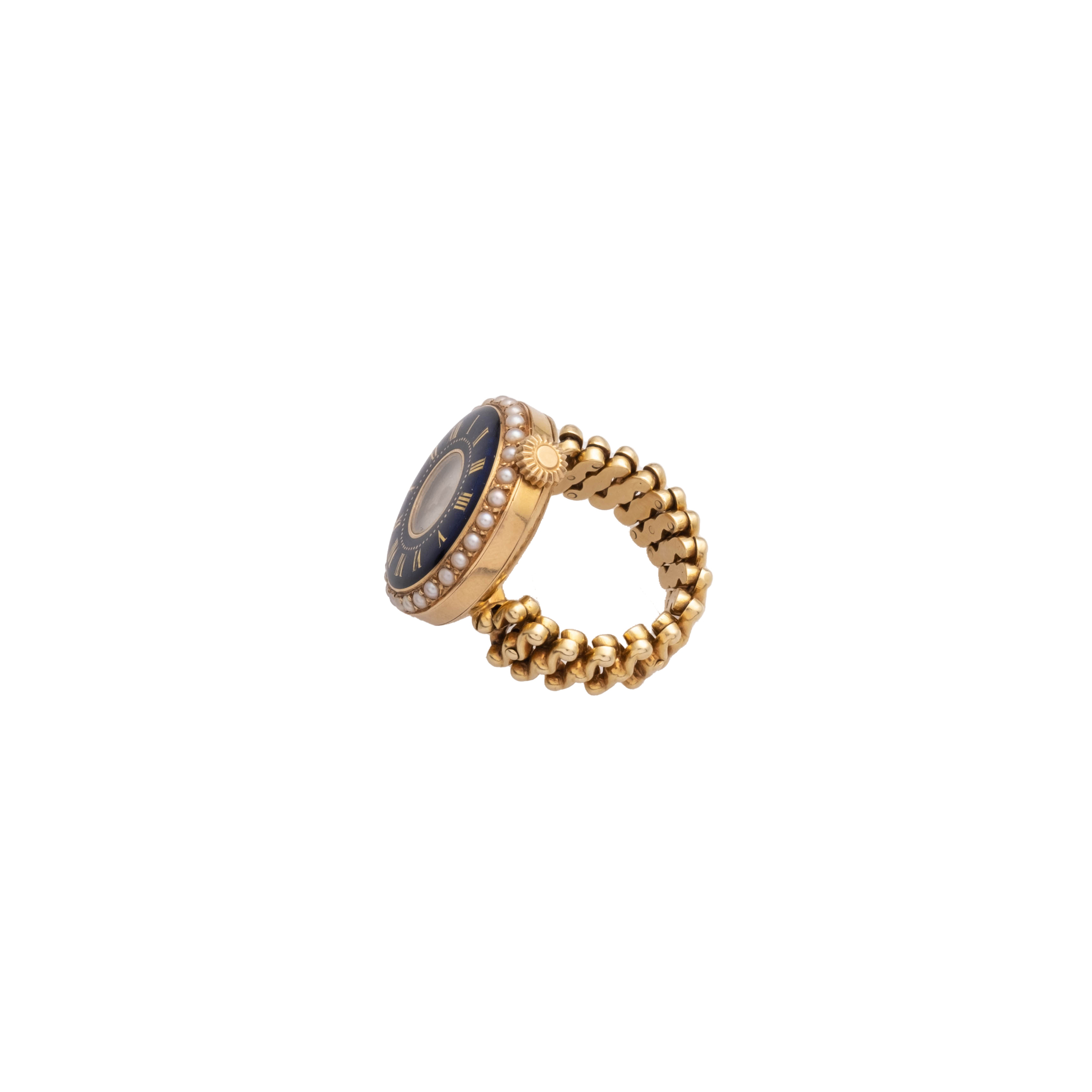 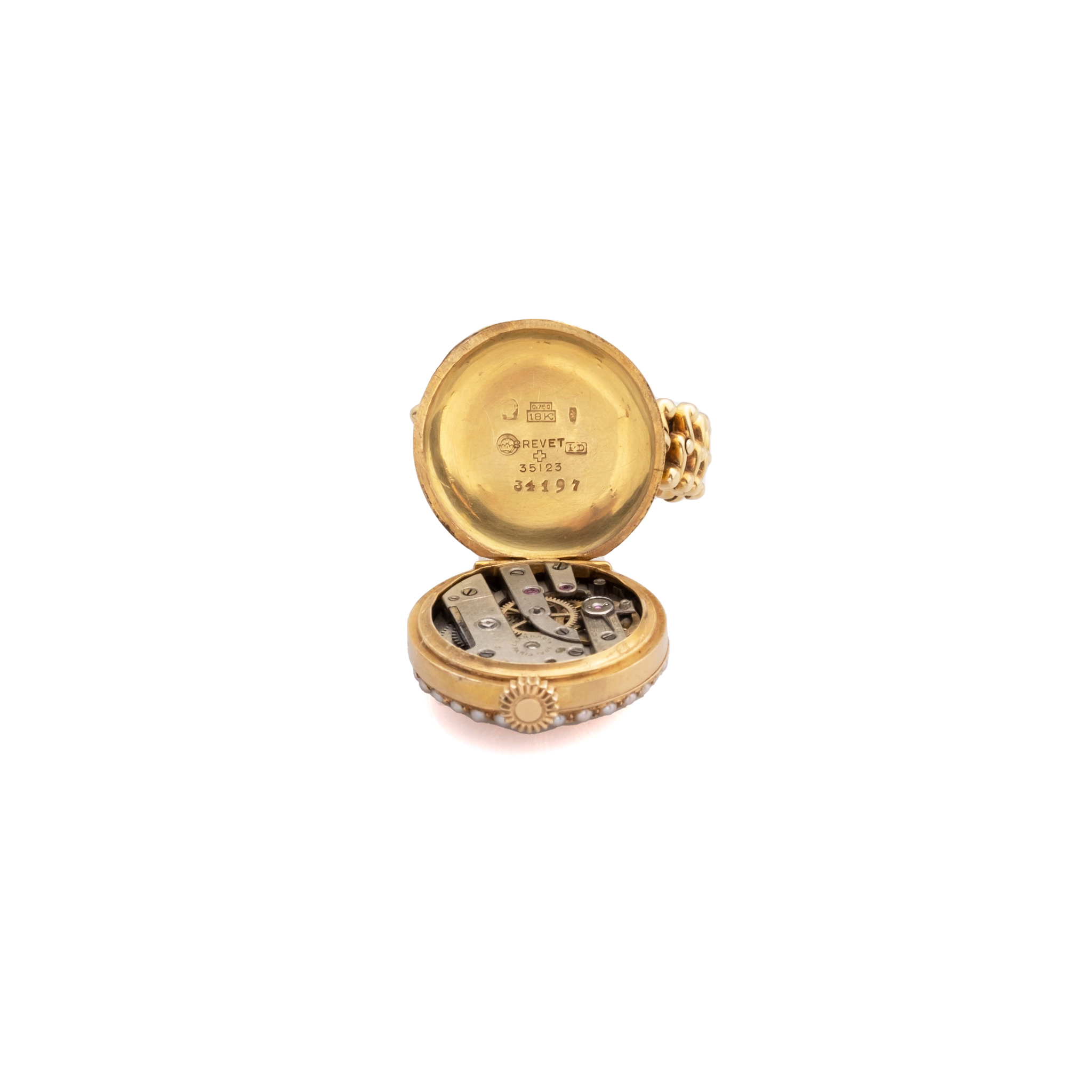 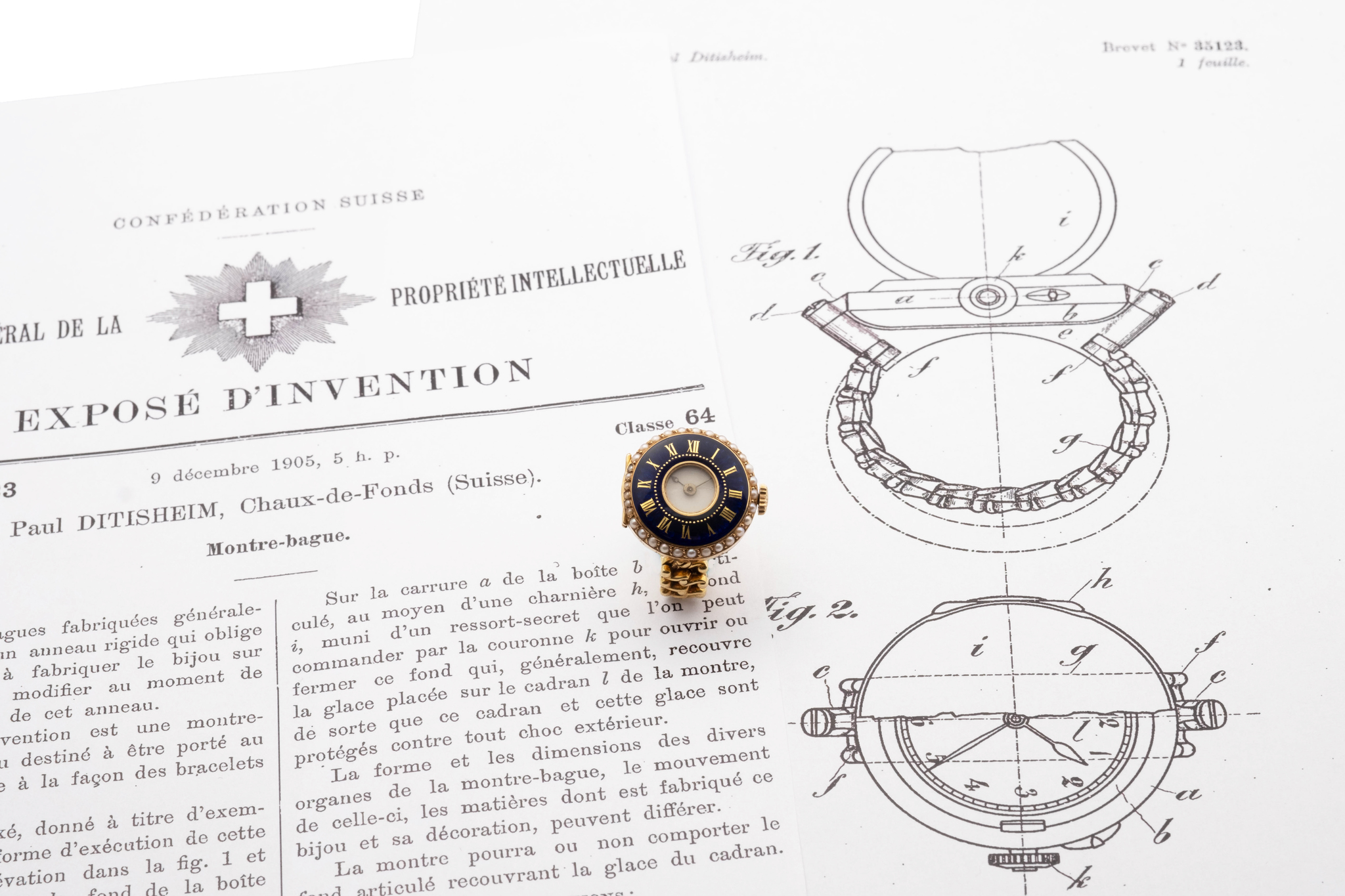 Case based on the Swiss invention patent No. 35 123, delivered on December 5, 1905, to Paul Ditisheim, La Chaux-de-Fonds, for a “Montre-bague” (Ring-watch), with the ring intended to be worn on the finger is expandable, and, with a protective cover for the glass.

Even if this object is not entirely signed with the name of Paul Ditisheim, it can be formally attributed to him, thanks to the mention “Grand Prix / Paris 1900” stamped on the barrel bridge of the movement, the commercial logo “P D” and the mention of the Swiss invention patent engraved inside the case-back.

After early training in Switzerland, he studied in Berlin and Paris, arriving in England in 1891, where he worked as a technician at the Rotherham factory in Coventry. He started his own manufacture at La Chaux-de-Fonds in 1892, specialising in very high precision watches and jewelled watches. Success in both spheres followed rapidly, and he won many honours for adjusted watches, especially at the Neuchâtel and Kew Observatories.

He designed and patented his own compensation balance (Swiss invention patent No. 98 234), developed a new oil with remarkable stability, and was known for his superior skills in adjusting, skills that won him many prizes and honours.

He collaborated with Dr. Ch. E. Guillaume (1861-1938) in the use of both the Guillaume “integral” balance and the Elinvar-type of auto-compensating balance spring. He also contributed many papers to scientific and horological journals, and was associated with Dr. Paul Woog, an oil chemist, in the development of Chronax oils.