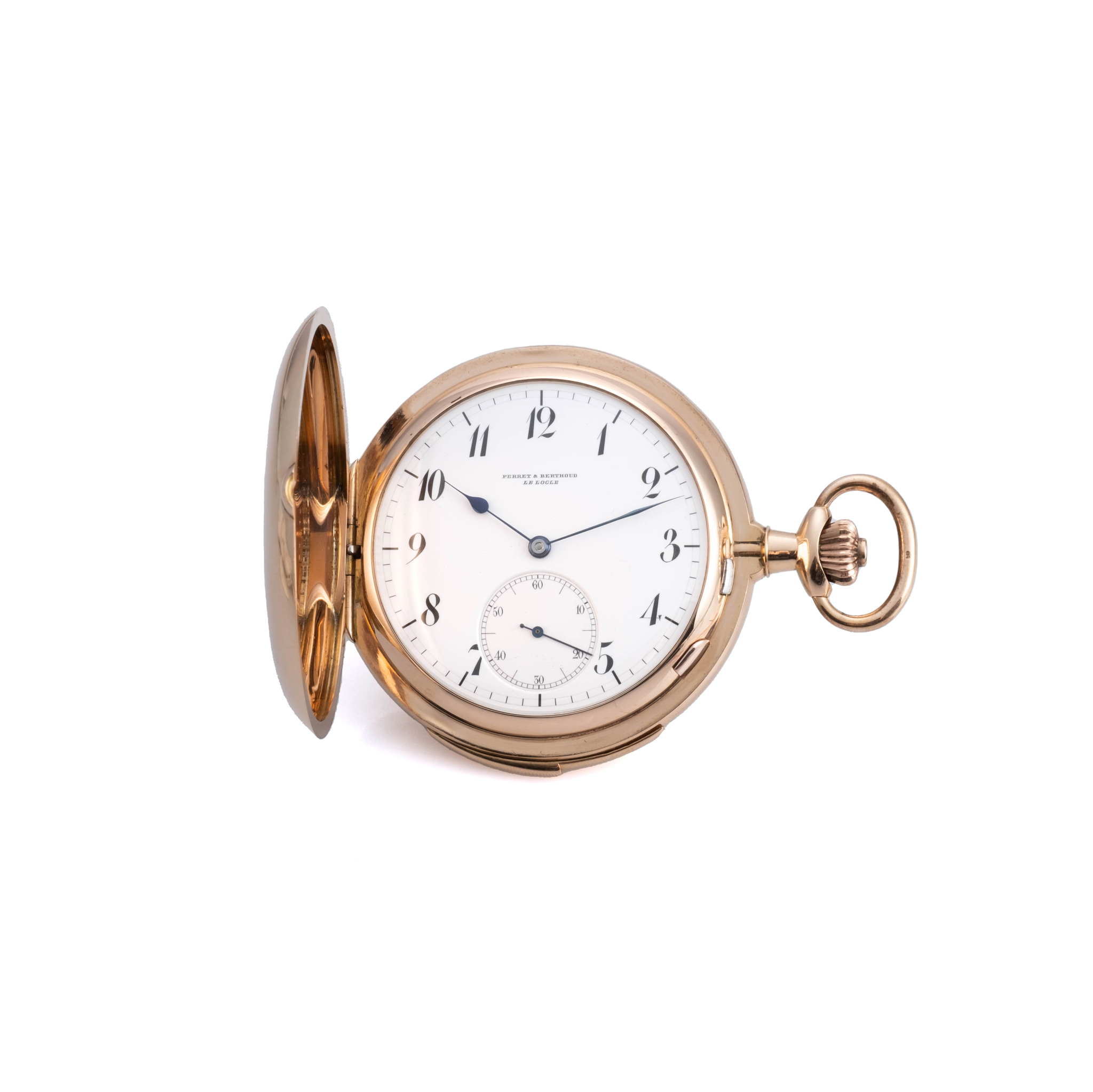 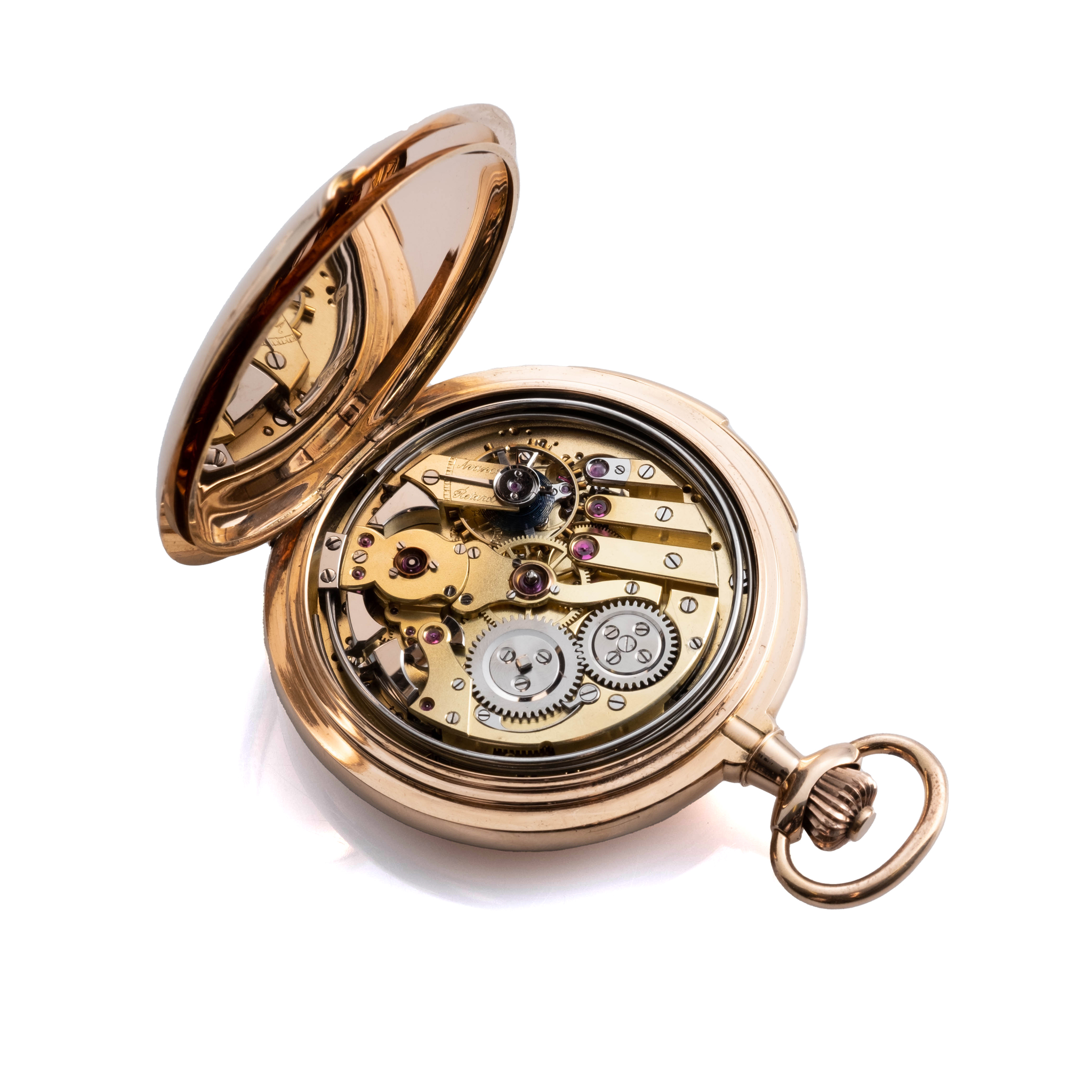 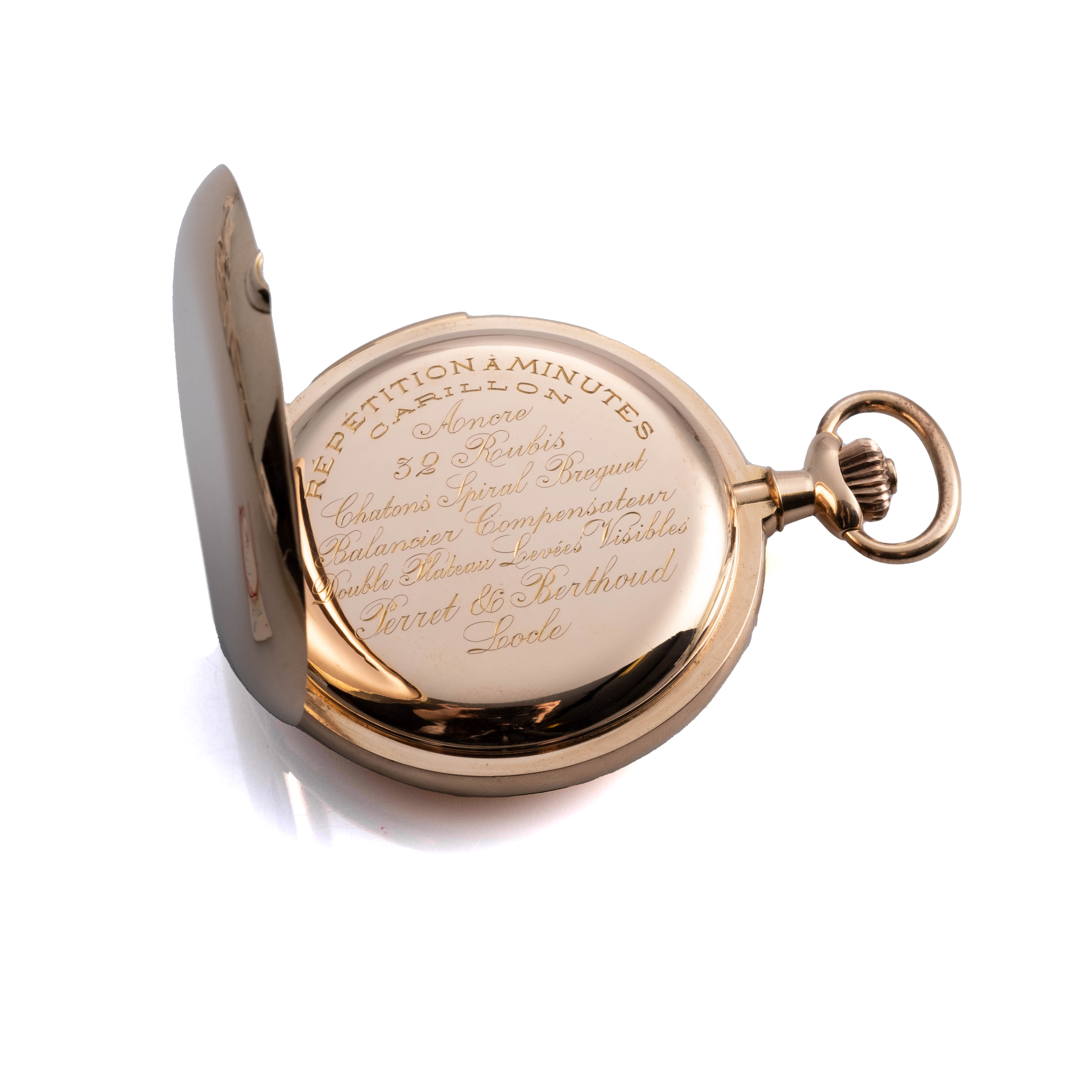 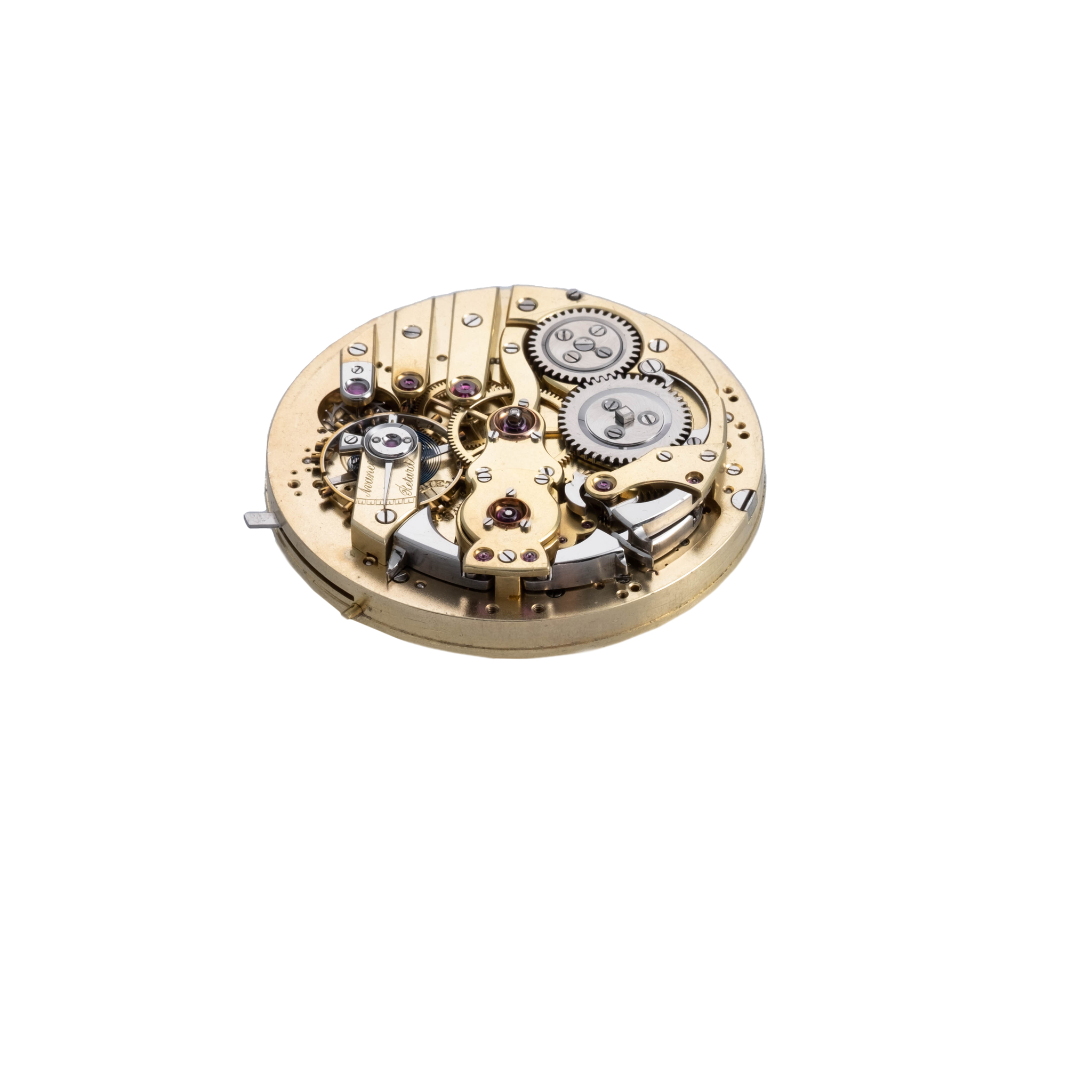 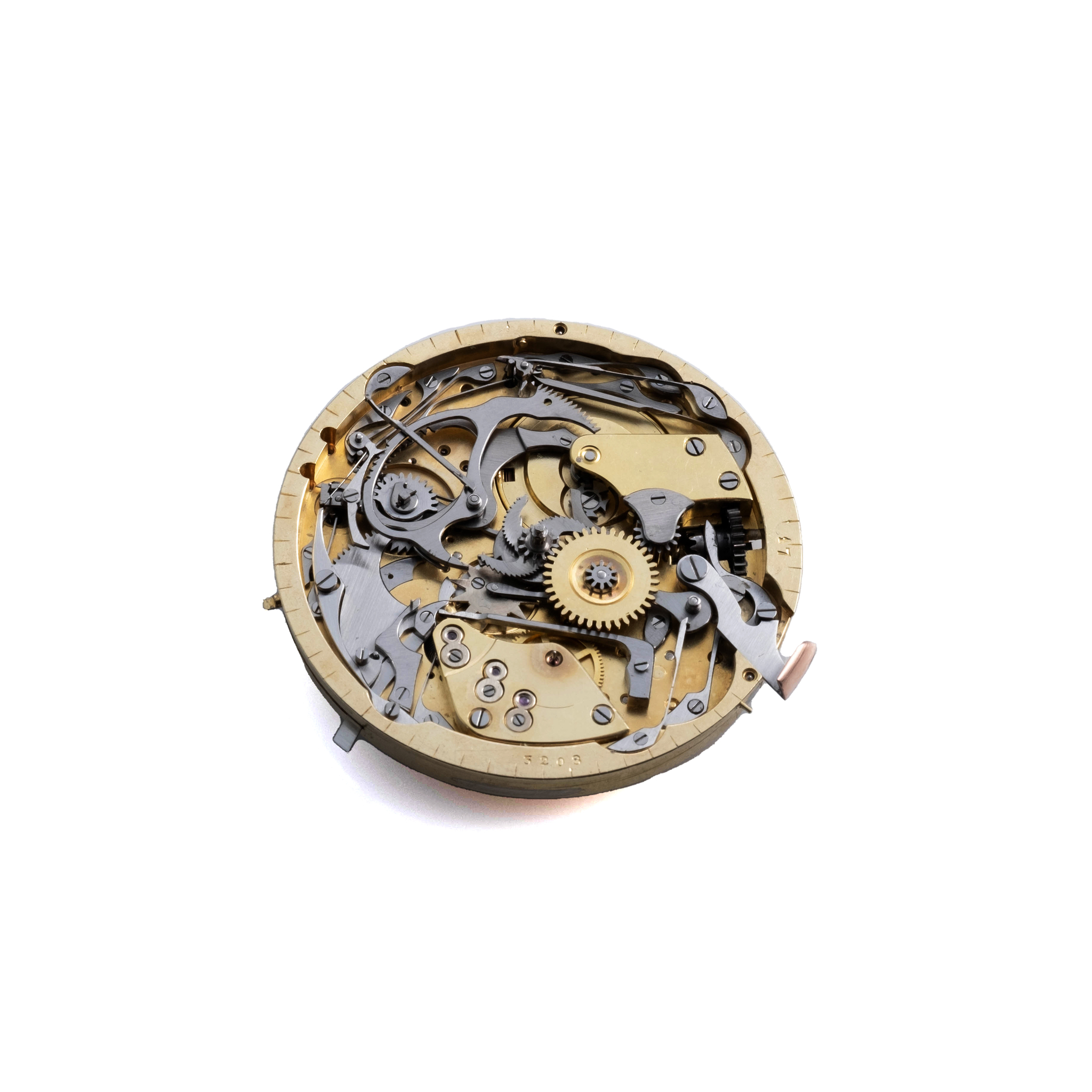 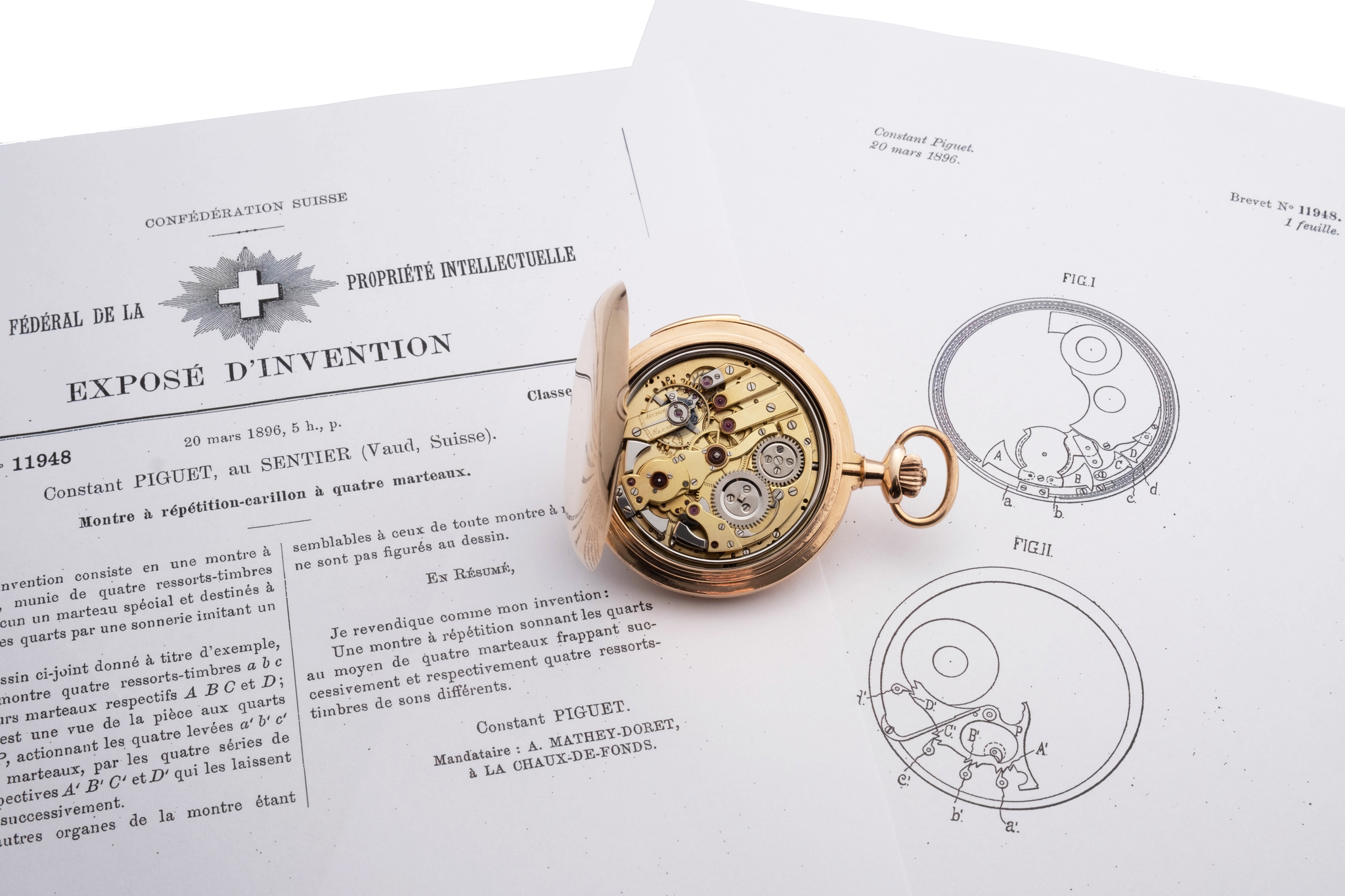 David-Constant Piguet founds a watchmaking workshop in the Vallée de Joux which will be taken over by his two sons. The company is particularly renowned for its repeating watches.

Circa 1880, Jules-Albert Piguet moved the familial workshops to Le Locle, in the Neuchâtel mountains.

In 1881, the company receives for its products a Second Prize at the National Horological Exhibition of La Chaux-de-Fonds.

On March 20, 1896, Constant Piguet, a resident of Le Sentier, obtained a patent, No. 11 948, for his mechanism of “Montre à répétition-carillon à quatre marteaux” (Repeater-watch with four-hammer chime).

To produce his watches, he uses minute repeater blanks from LeCoultre & Cie (today Jaeger-LeCoultre) of Le Sentier. Inside the factory, these drafts are referenced under the name “19-CMS No 42”. According to the Jaeger-LeCoultre Heritage Archives, only a small quantity of these ebauches are delivered to Constant Piguet.

The latter to get his carillon watches on four gongs (classical or Westminster) is brought to modify the timing as shown by his patent.

Since 1888, Constant Piguet and Paul-David Nardin, from Ulysse Nardin, Le Locle, have collaborated on experimental studies on the use of clocks in a platinum-iridium alloy.

Circa 1907, Jules-Albert Piguet sold the company to head of workshop Charles-Emile Jeanneret-dit-Grosjean (1861-1953).

Watches with carillon-chime by four hammers on four gongs are extremely rare, especially if they are of the Westminster-type. It also exists with the air of God Save the King, which was also at that time that of the Swiss national anthem.

--
Westminster Chimes
The Westminster chimes are more correctly called the Cambridge Chimes. They first appeared in 1793 at St. Mary’s Church, Cambridge. They were written by Rev Dr. Joseph Jowett and Dr. John Randall, working with undergraduate William Crotch (later first Principal of the Royal Academy of Music) and were adopted by Lord Grimthorpe, designer of the great “Big Ben” clock for the Palace of Westminster. The chimes are based on four notes from Handel’s Messiah and are known locally in Cambridge as “Jowett’s Jig”.
--
Perret & Berthoud, Le Locle
Company founded in Le Locle by Ulysse-Georges Perret and Louis-Edouard Berthoud.

In 1894, Perret opened a watchmaking workshop and business in Le Locle with Numa-Emile Descombes. This collaboration lasted only a few years following the premature death of Descombes in 1897 at the age of 34.

Perret then hired Louis-Edouard Berthoud, a specialist in watches with horological complications.

For a short time they signed their watches Perret & Berthoud in Le Locle before moving to Geneva where they set up under the name Universal Watch Co., thus was born this legendary name of 20th century Swiss watchmaking.