A unique and large, colored carbon, manual-winding wristwatch with sapphire crystals with anti-reflective treatment case, 48-minute power reserve, hours minutes and seconds, specially created for the Formula One driver’s Valettri Bottas. Prototype of a limited edition of 50 pieces that Rebellion Timepiece has launched in honor of the Finnish driver. Indeed, the watch was worn by Alfa Romeo F1 Team Orlen driver Valterri Bottas during the 2022 Formula 1 season. Accompanied by the helmet of Valtteri Bottas and signed by him. 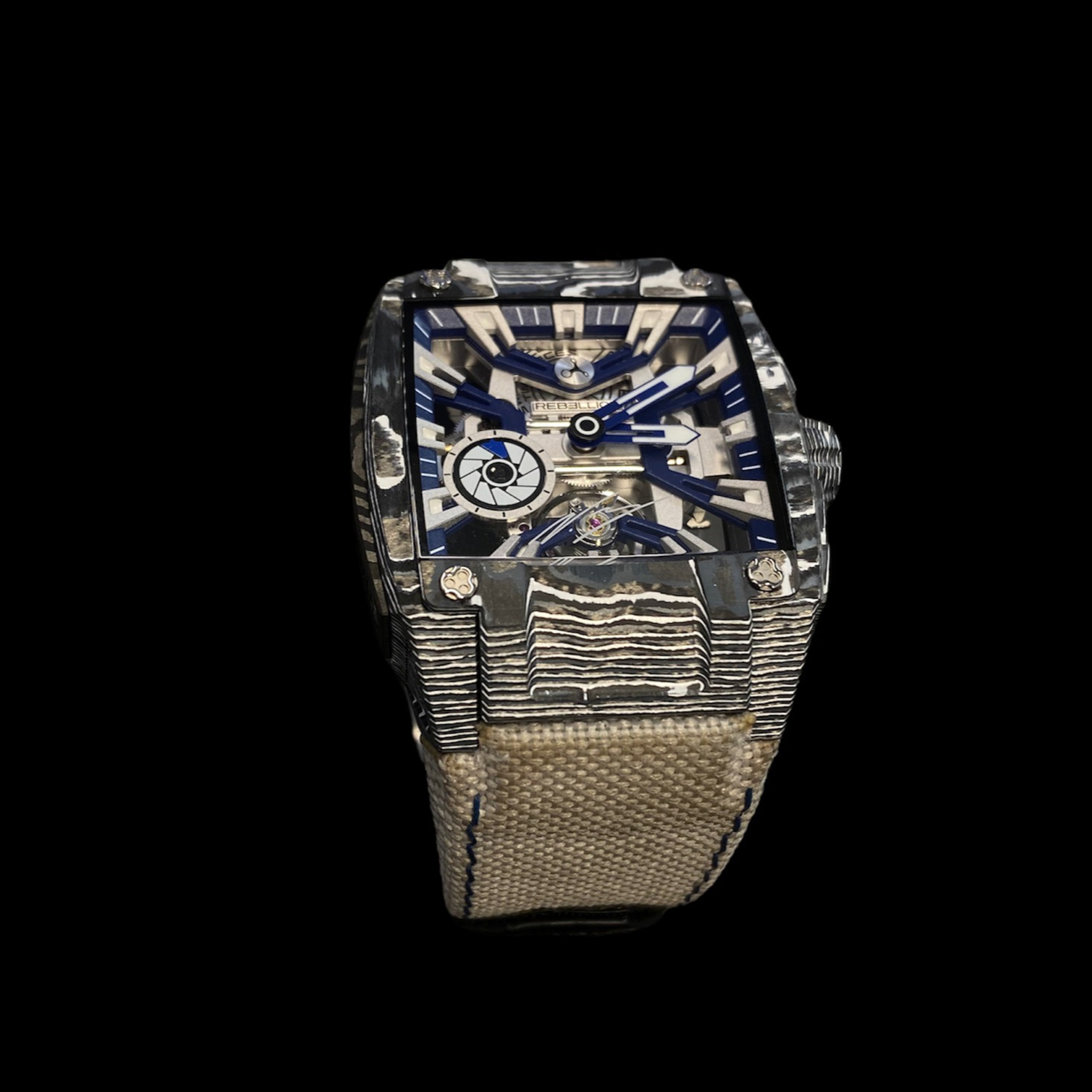 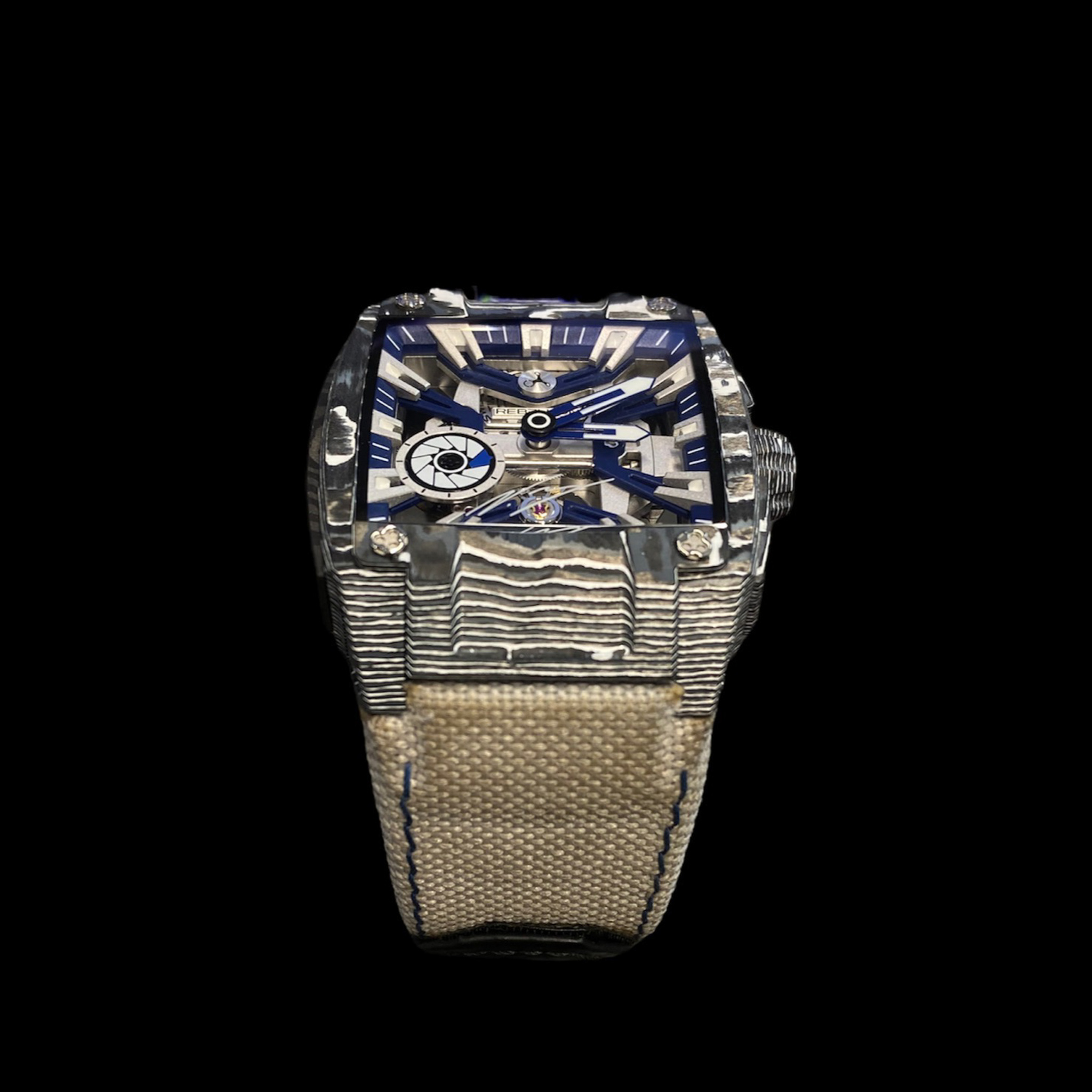 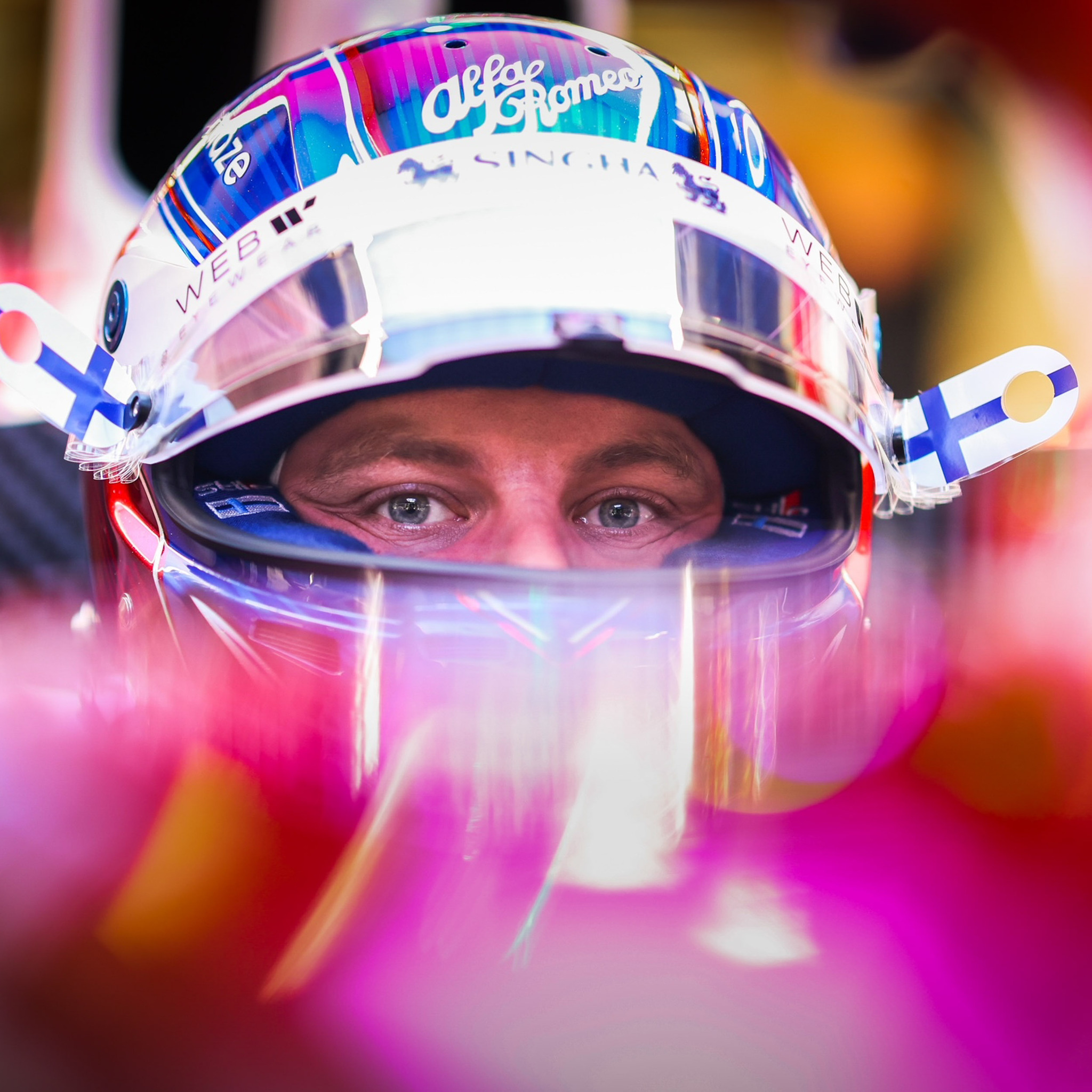 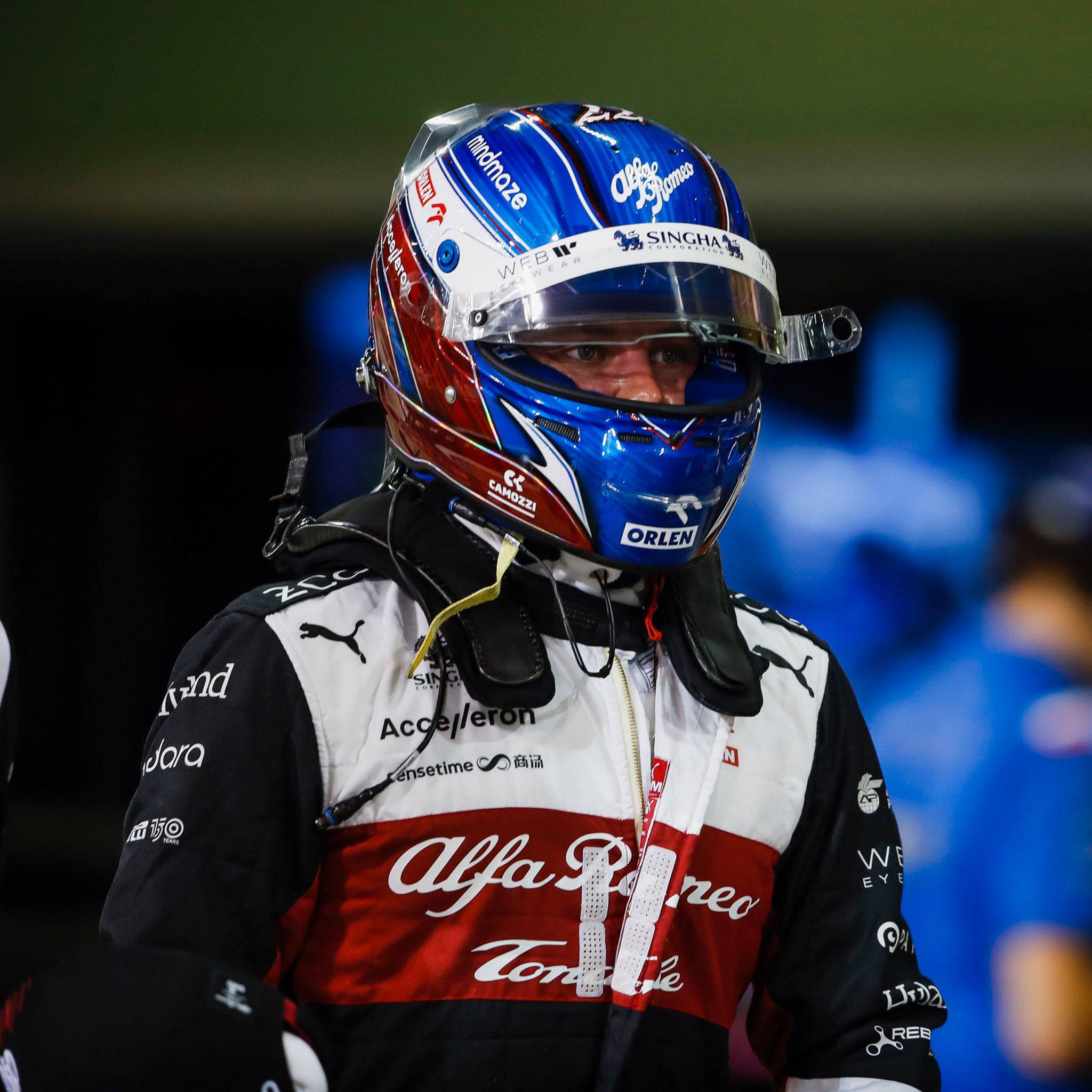 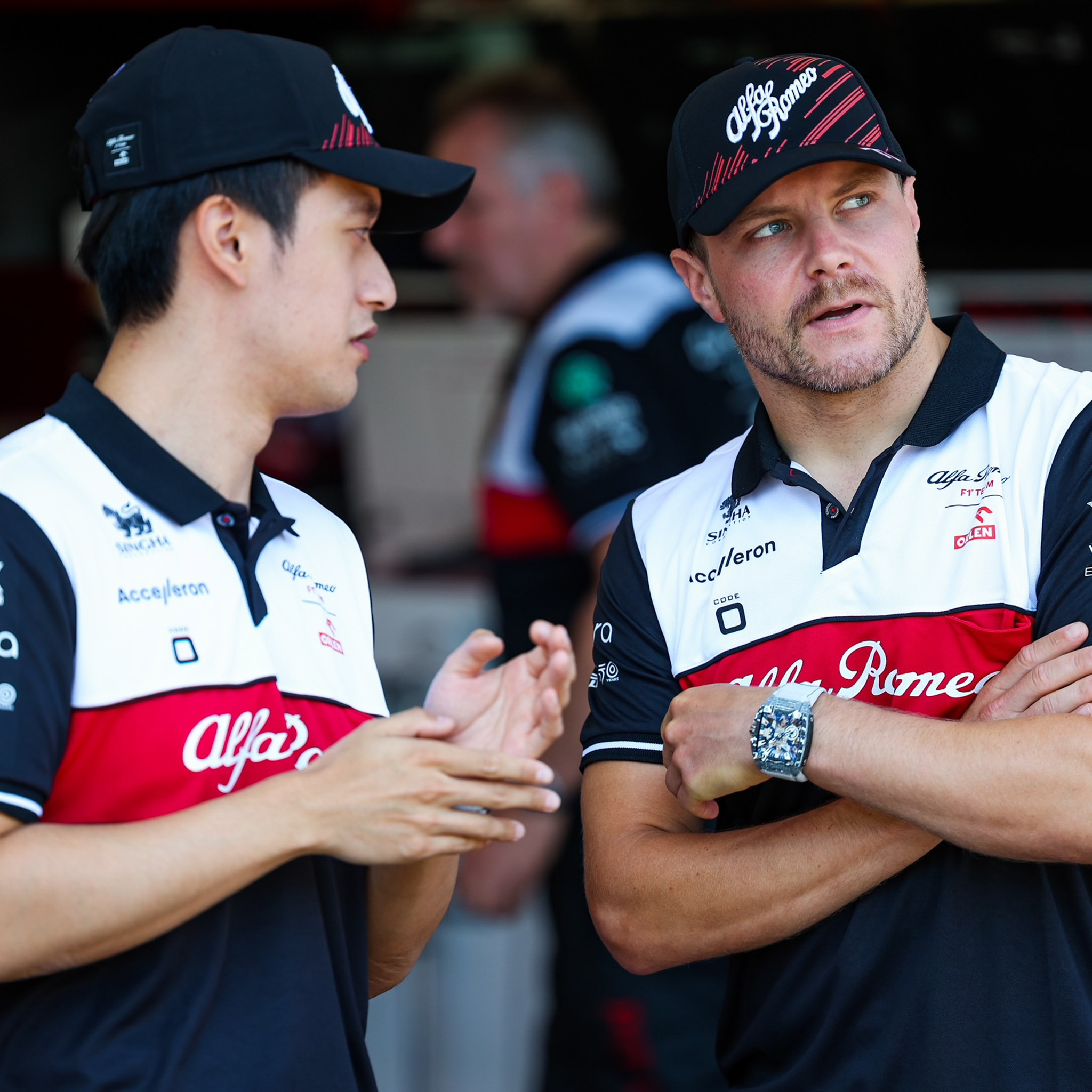 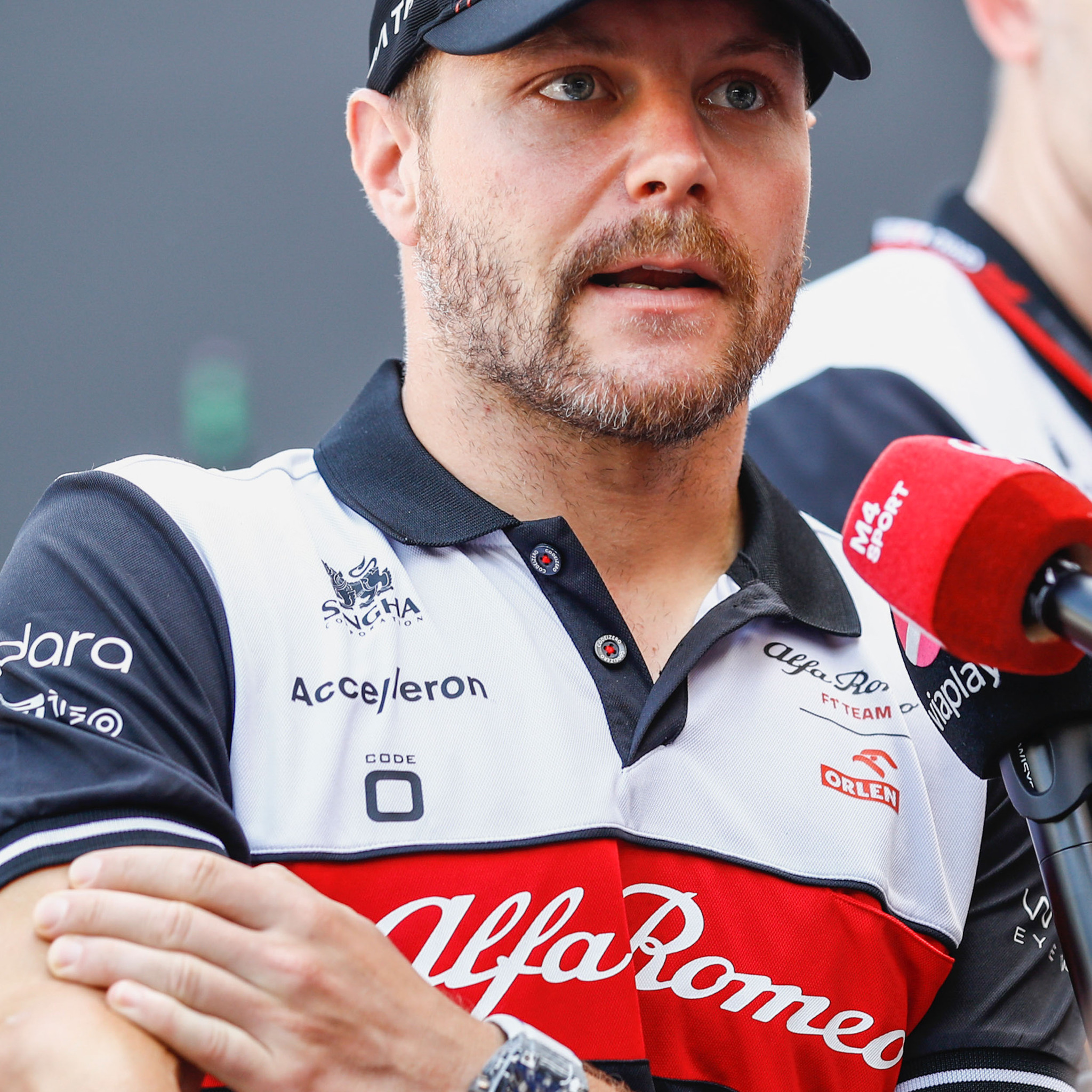 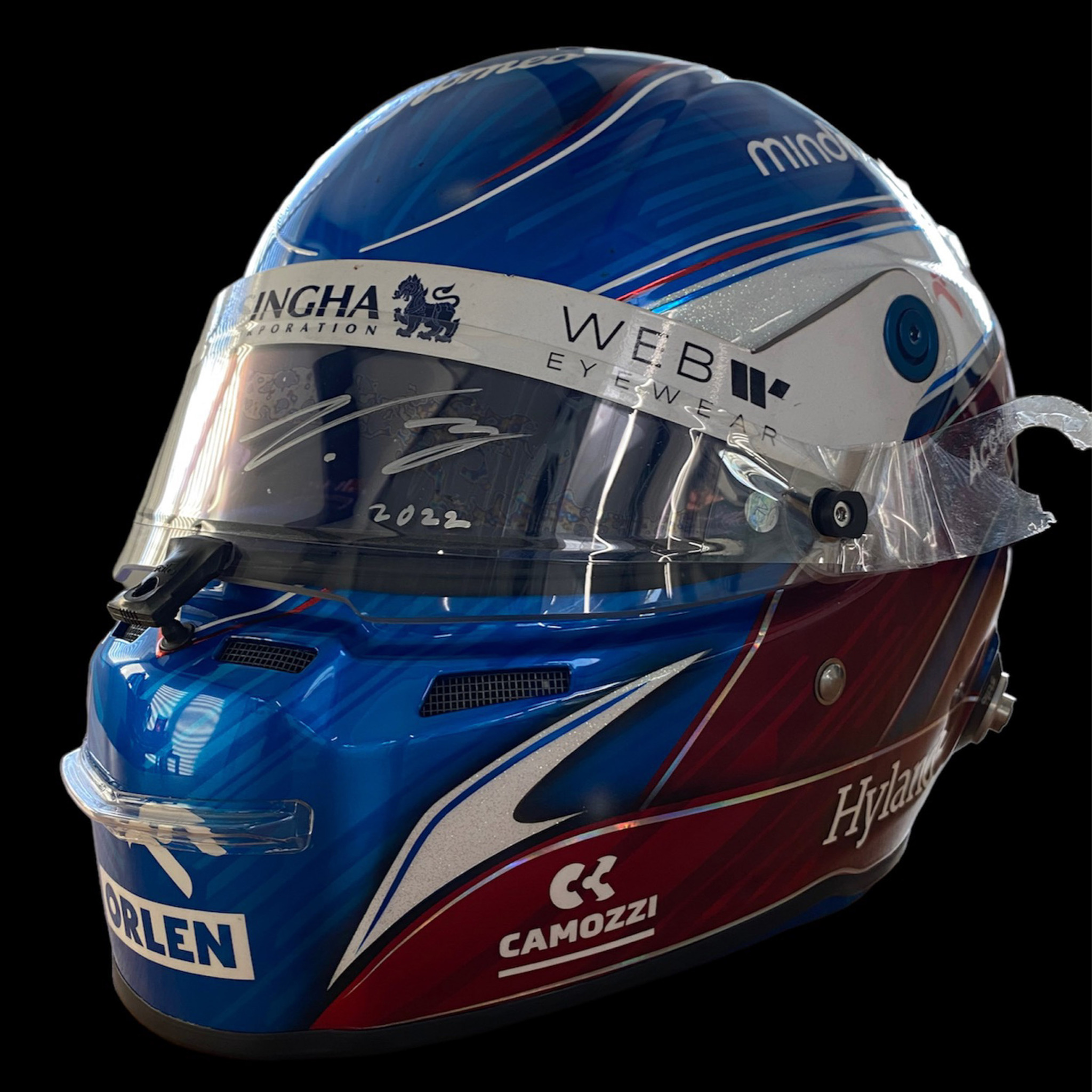 Rebellion Timepieces was founded in 2008. As an independant brand, the manufacture stands out by producing limited edition wriswatches, linked to the car racing world. Their timepices combine bold design with in-house mechanical movement.The pugnacious personality and strong character of Valtteri Bottas (born on August 28, 1989), driver of the Alfa Romeo F1 Team Orlen sponsored by Rebellion Timepieces, inspired the Swiss brand to develop a watch customized to his image. The RE-Volt Valtteri Bottas C42 is designed for and with Valtteri Bottas, down to the smallest detail.

The present example is the prototype of a 50 pieces limited edition. It was worn by Valterri Bottas during the 2022 Formula 1 season. The sculptural case machined in colored carbon adopts the colors of the pilot. Thus, the watch is adorned with shades of white and grey. On the openworked dial, bridges and hands, touches of blue evoke the pilot's Finnish flag. The tinted disc of the small seconds suggests the wheel of his racing car. It is powered by the Rebellion Timepieces automatic caliber. To emphasize the uniqueness of this limited production, Valtteri Bottas' signature decorates the sapphire crystal. The back is also decorated with the Alfa Romeo F1 Team Orlen logo.

Valtteri Bottas and Rebellion Timepieces wanted to incorporate a fragment of his Alfa Romeo F1 Team Orlen C42 car into each watch. Therefore, each watch of this limited edition features a piece of the driver's car. Each piece of carbon taken from the car has a visible identification number and is attached to a side plate on the case body. A certificate of authenticity issued attesting to the provenance of the piece is given to the buyer. The plate also bears the name and number of Valtteri Bottas.