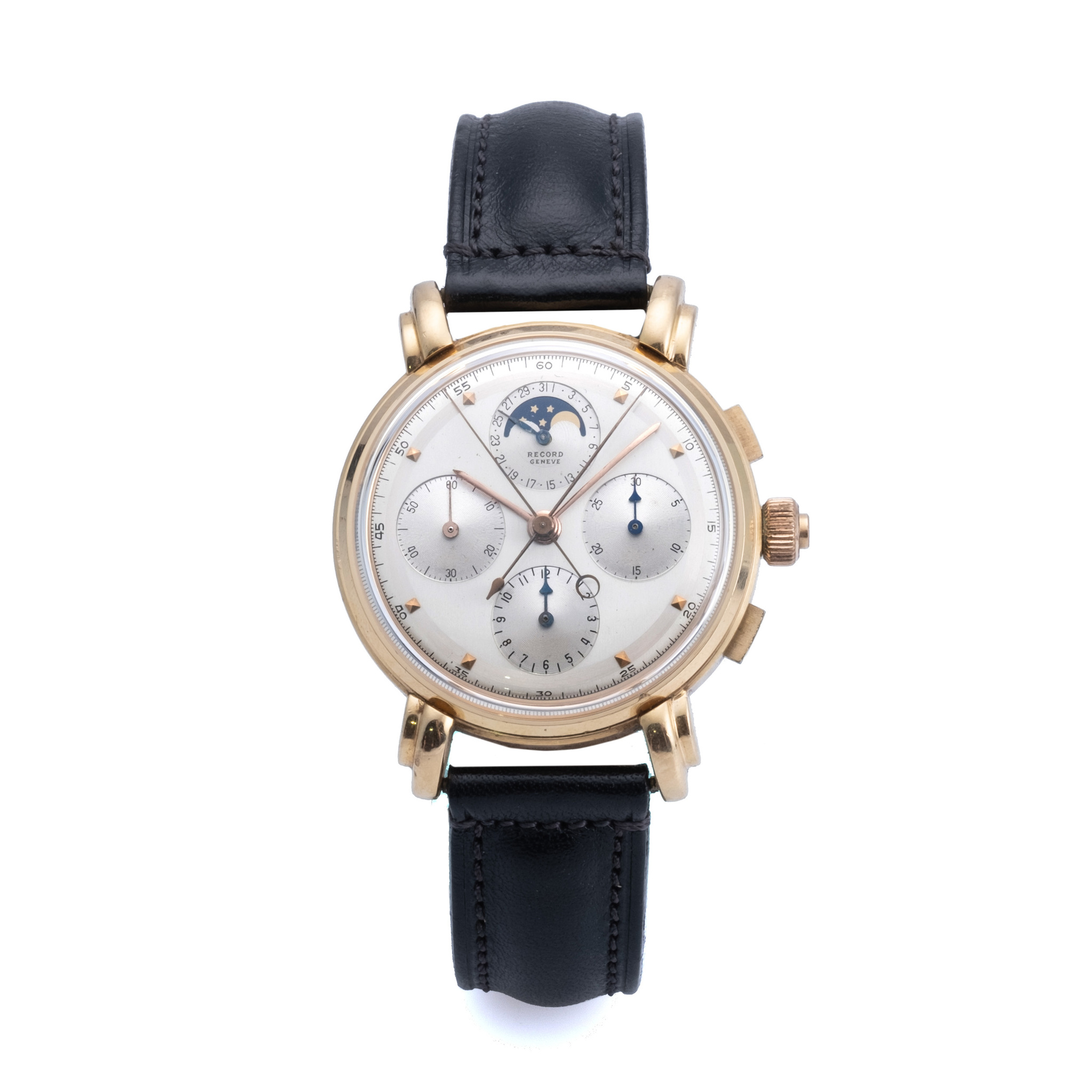 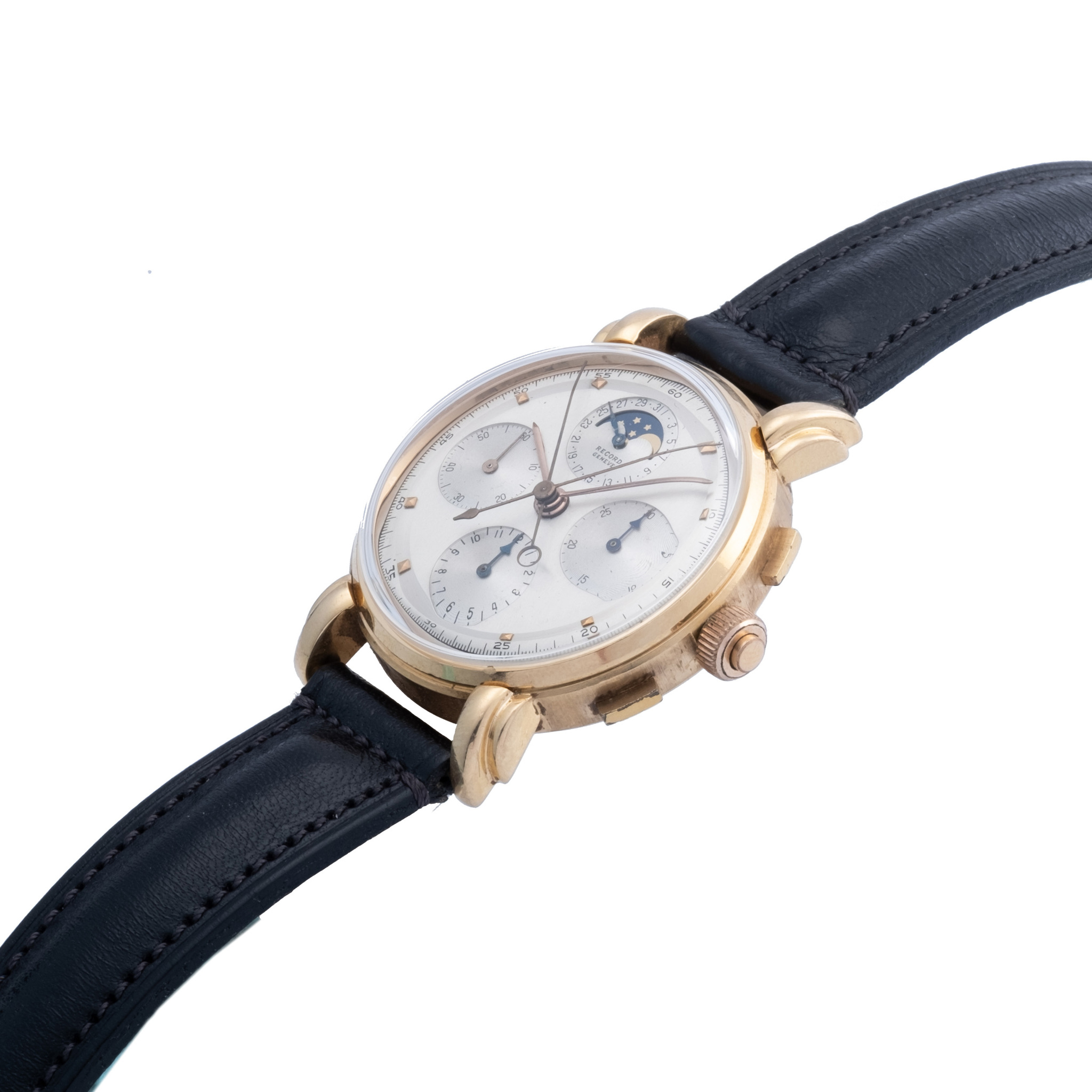 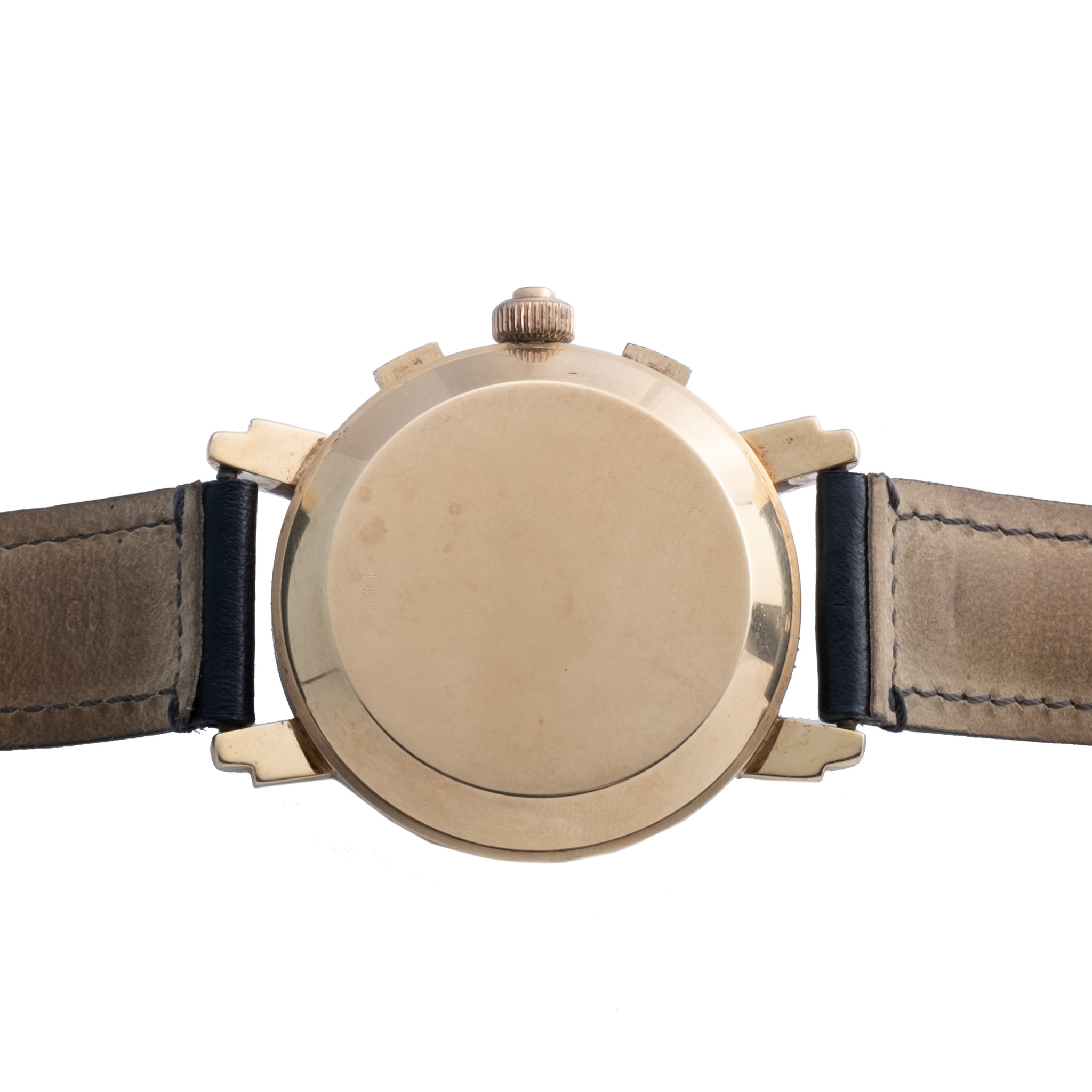 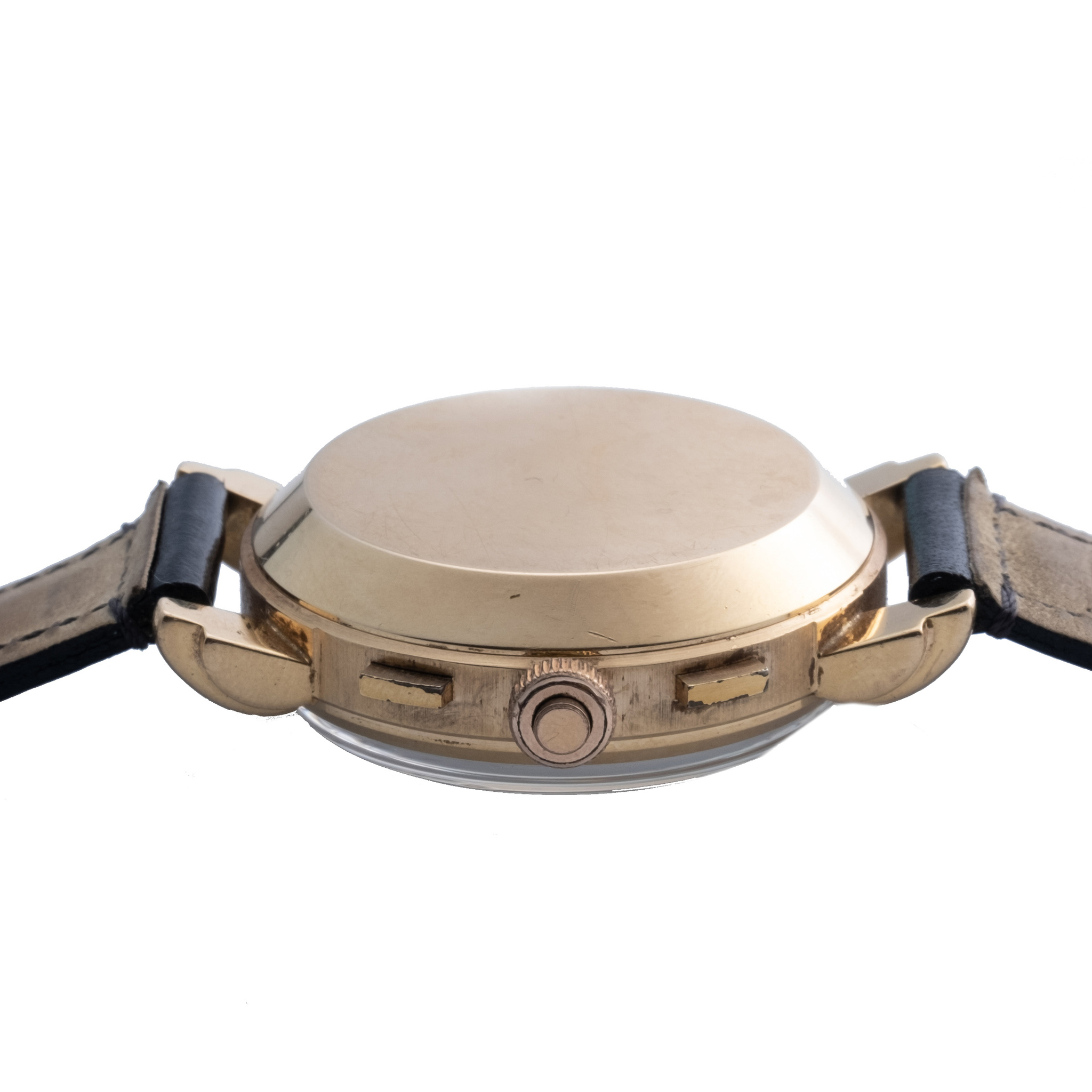 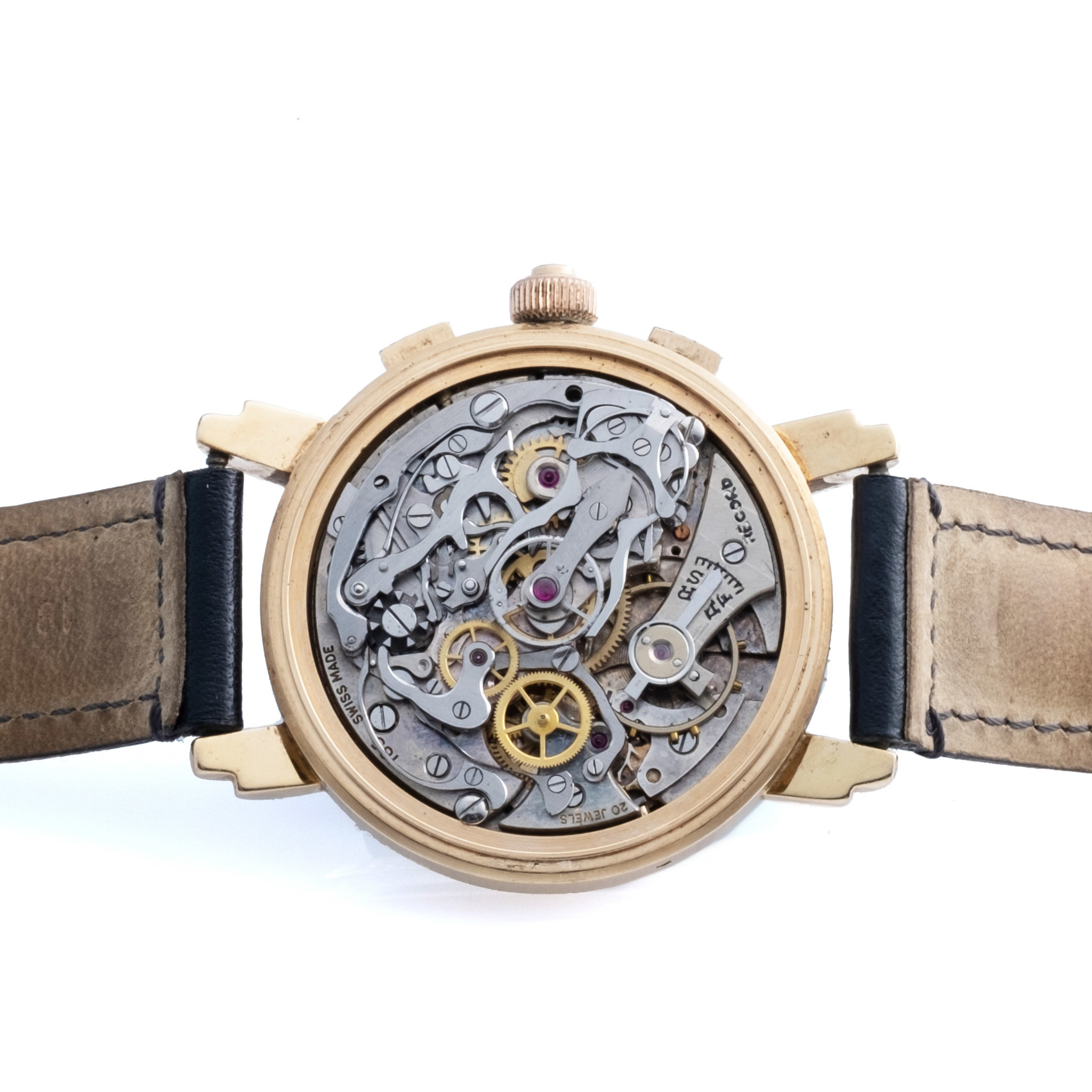 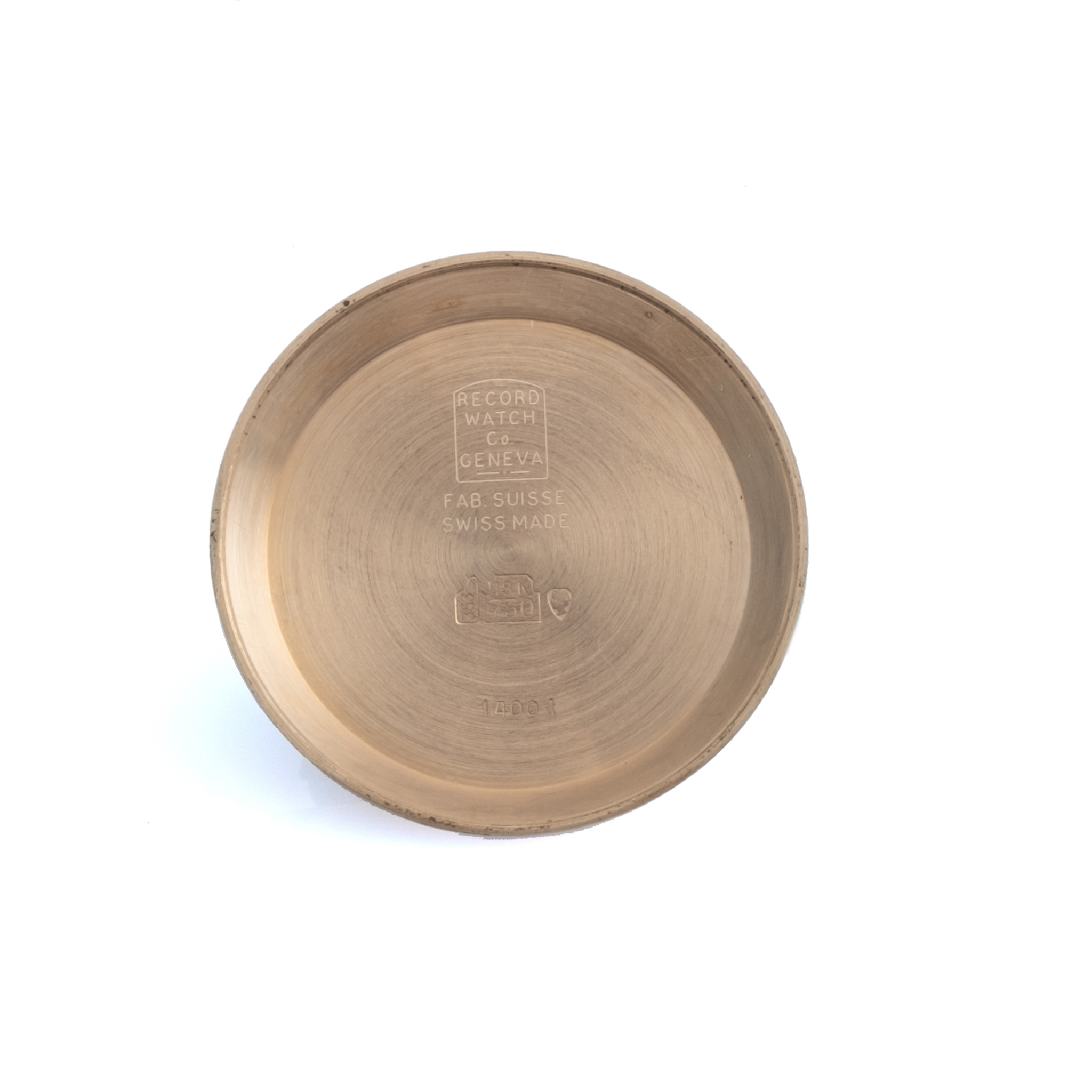 Record Watch Co.
Watch manufacture founded in 1903 in Tramelan-Dessus (Bernese Jura) by a group of local industrialists, including Ariste Chatelain (1843-1928), first chairman of the board of the Record Watch Co.
The primary purpose of this company was to produce the “Sector” watch (1903-1908); the first triangular watch with retrograde hands, which caused a certain sensation at the time. The company was immediately equipped with machines for mass production and production was diversified to various types of gentlemen’s and ladies’ watches from 1906.
In 1908, the town council of Tramelan-Dessus sells the factory to the owners of the Record company, who expand it in 1910. Despite the abandonment of the “Sector” watch, the production of more classical watches by Record experienced a great expansion.
In 1915, the company was re-founded, or rather became a holding company, the Record Dreadnought Watch Co. (RDWC), with a share capital of 1.5 million francs. This was the result of the merger of the Record Watch Co. with three other companies, Z. Perrenoud & Co. (La Chaux-de-Fonds), Chatelain Léal & Co. (London, sales company) and Stabilis (La Chaux-de-Fonds). At the end of the First World War, the production area was doubled.
In 1920, Beaulieu Watch (Geneva) was added to the company as well as Record Meret (Tramelan-Dessus) in 1923; the latter left the business in 1924. That same year, Stabilis remained in La Chaux-de-Fonds, while the RDWC headquarters moved to Geneva.
In the 1940s, the company continued to expand. In addition to its calibres and pocket watches, gentlemen’s and ladies’ wristwatches, chronographs, self-winding watches, moon phase watches, etc., the Record also manufactures platform escapements for electrical control devices.
In the 1940’s (before 1947), the manufacture took on the name Record Watch Co. and in 1949, the Record Watch Co. S.A. became independent.
In 1961, the company became part of Longines, Saint-Imier (Bernses Jura) which bought a majority stake in the company in order to increase its production capacity. The purchase of the Tramelote factory to make it a subsidiary of Longines was the work of the latter’s director, Frédéric Ahles (1914-1990).
In 1973, Longines stopped buying movements from the Record Watch Co. following the arrival of Ebauches S.A. in the capital of the Saint-Imier manufacture. In the same year, the operation of the Longines-Record brand was discontinued, and the commercial department of Record was closed and integrated into the commercial department of Longines. From then on, Record devoted itself essentially to the manufacture of micro-mechanical parts for quartz watches and calibres produced by Bernard Golay S.A. for Longines. Started in 1972, this production ceased in 1975 with the bankruptcy of Bernard Golay S.A. and caused insurmountable difficulties for Record.
Record lost its status as a manufacture in 1975 and the company, which had remained in Tramelan, was now managed in Saint-Imier. However, the factory had to close its doors in 1983, victim of the watchmaking crisis, but production continued for a time in Saint-Imier, where the staff of the Tramelan workshops was transferred. The building remained empty until 1987, when it was bought from Longines by the architect Hannes Strebel, who transformed it into lofts. The work took place from 1988 to 1990.