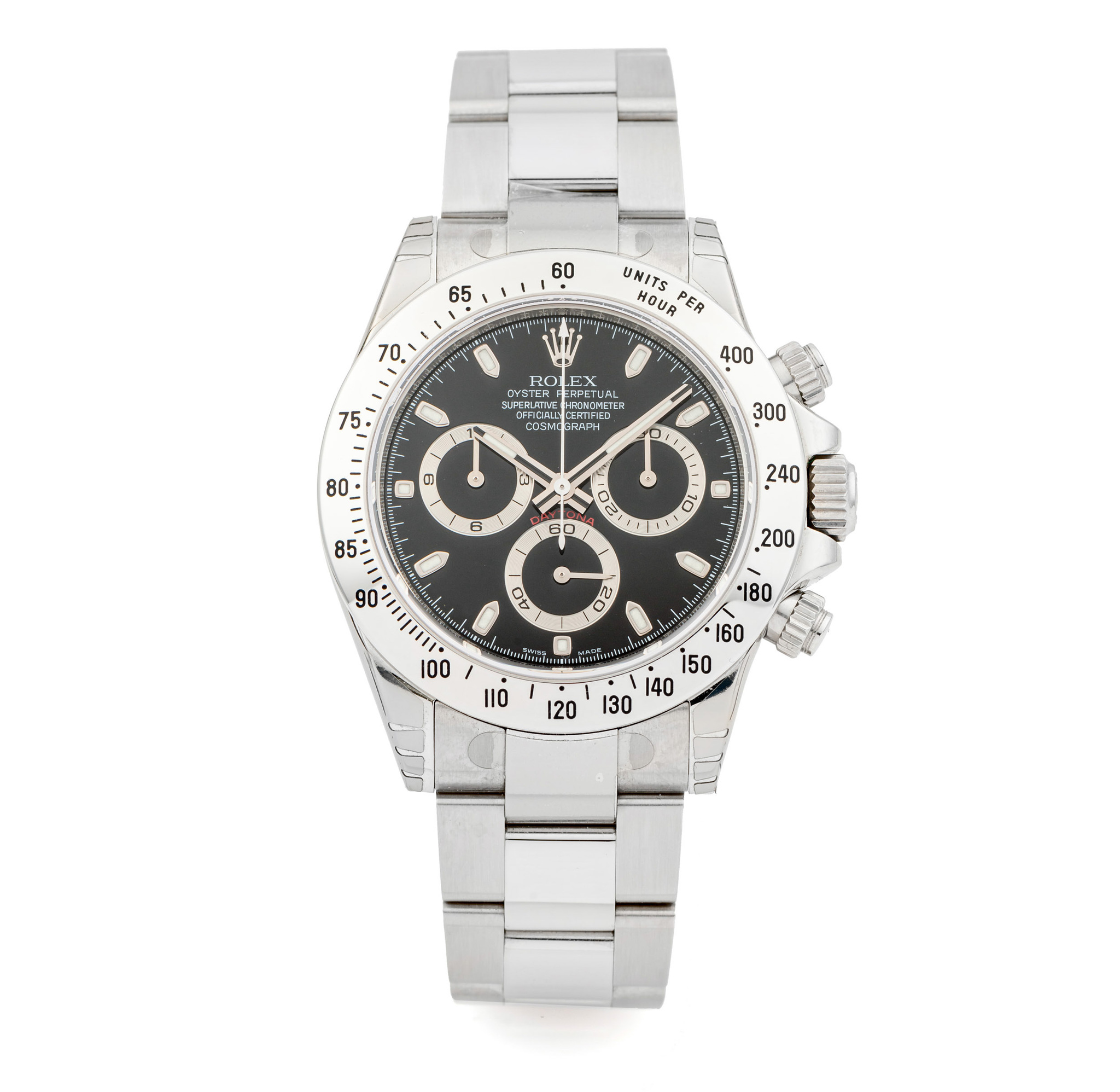 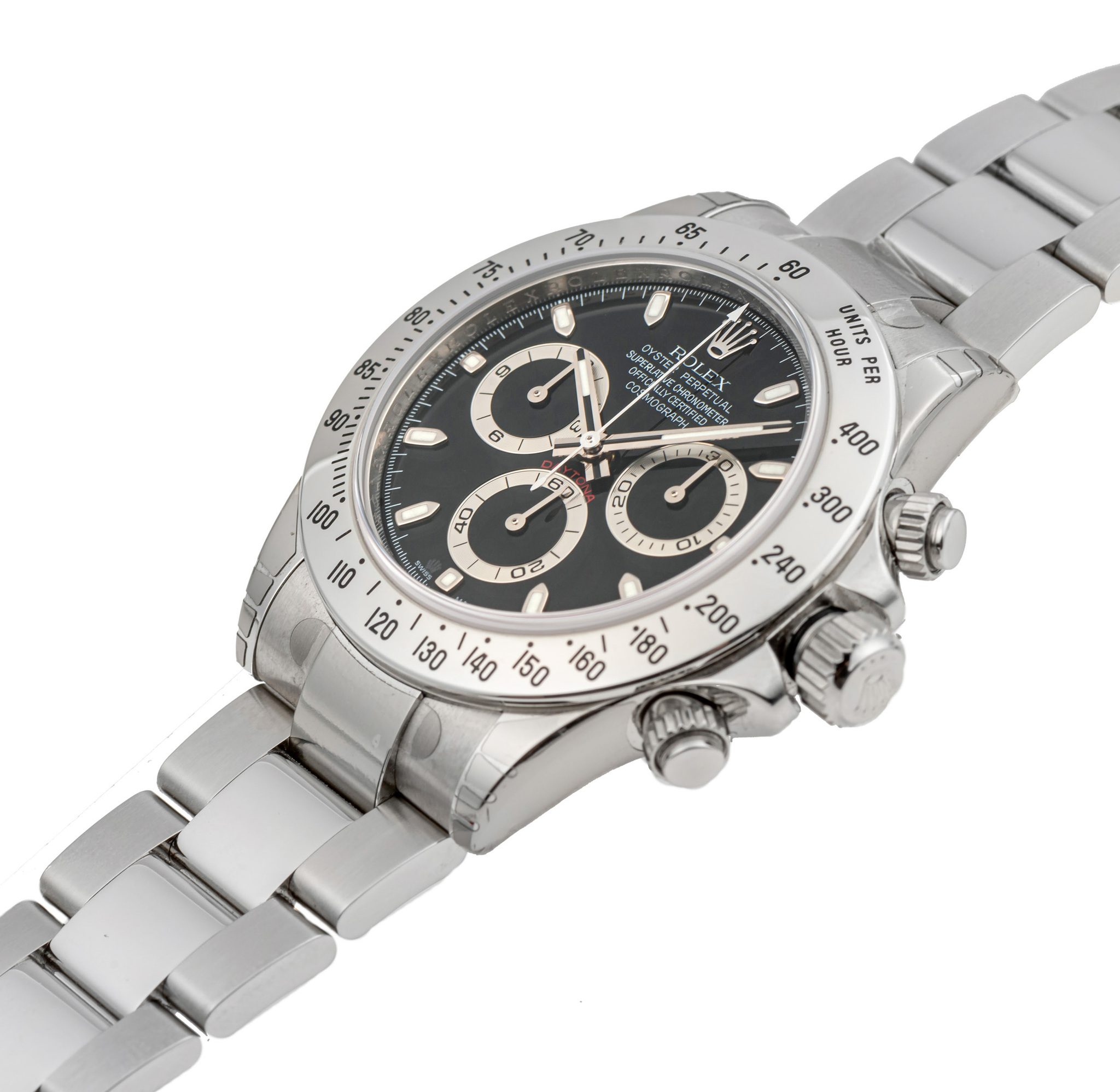 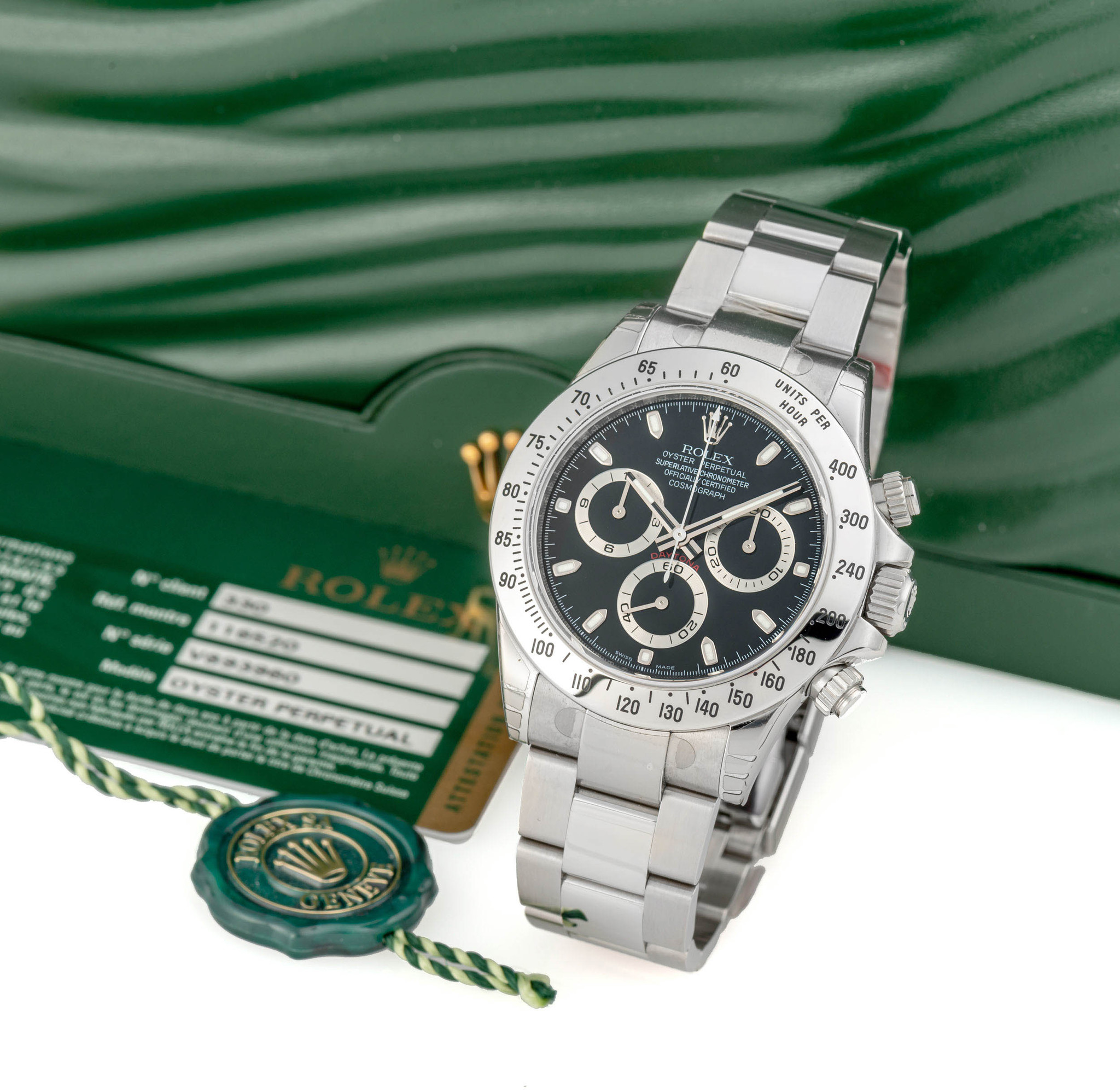 Caliber 4130, adjusted to 5 positions and temperatures

The original Certificate mentioned that this watch was delivered to Mercury Distribution S.A., Moscow (Russian Fed.), and sold in November 2010.
The code “330” which corresponds at Rolex to the Russian market.
--
When Malcolm Campbell broke the speed record of 445 km. / h on the Daytona Beach circuit in 1935, it was with a Rolex on his wrist. In 1959, the Daytona International Speedway was born, a 4 km. long circuit that hosts the most famous car races such as the Daytona 500 or the Rolex 24. At Daytona, the American equivalent of the 24 hours of Le Mans, of which the “Daytona” is also the official watch.
The eponymous chronograph of the Rolex manufacture was thus consecrated as “THE” watch of the car racers. The result of more than ten years of experimentation, the reference 116520, which appeared in 2000, is the first to be equipped with the calibre 4130. It marks the culmination of the manufacture’s research into the creation of an automatic movement for “Daytona”, entirely produced and signed by Rolex.
--
*a 20% import VAT is due on the hammer price with buyer's premium, plus 150€ for termination of temporary export, at buyer's expense, only if it is delivered within the EU