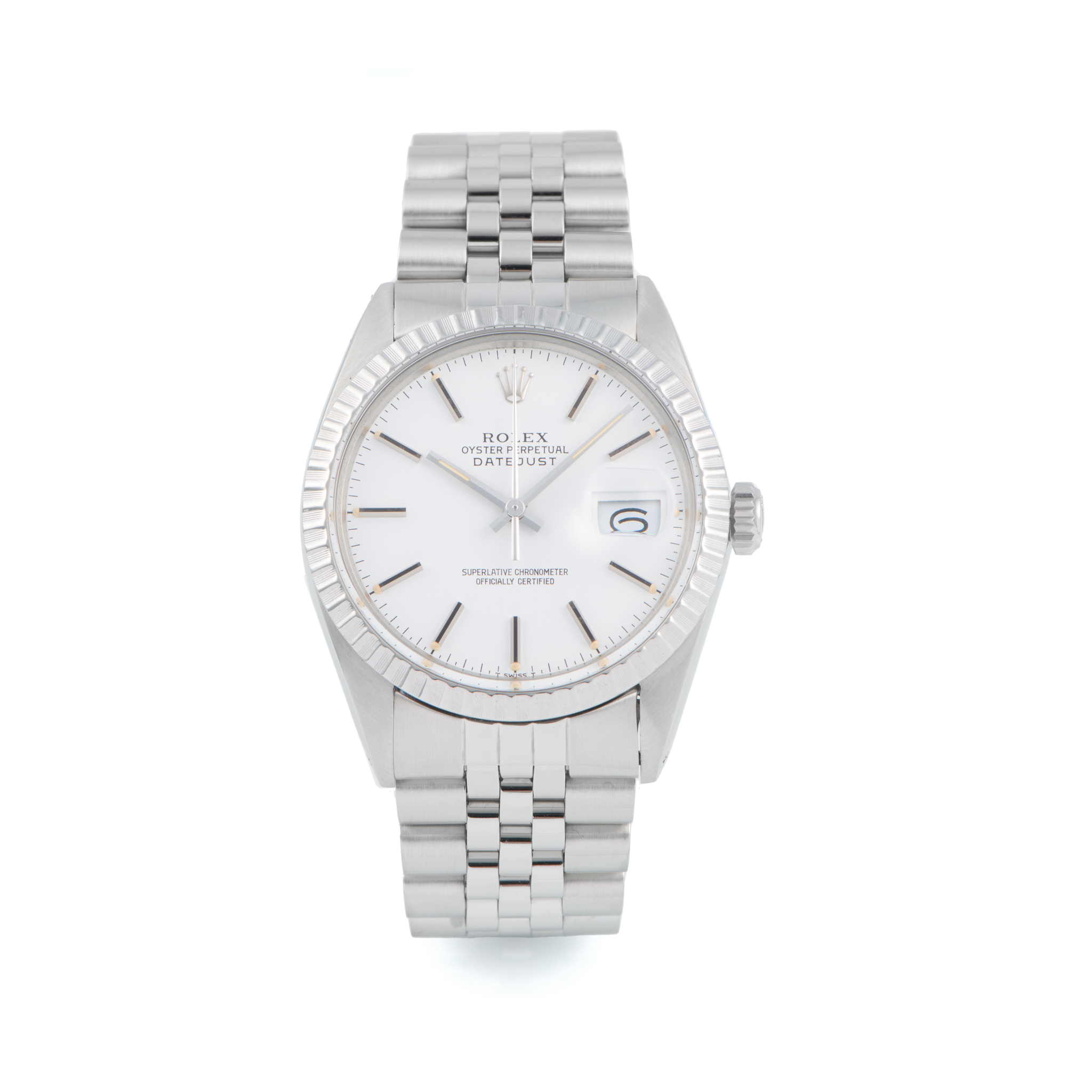 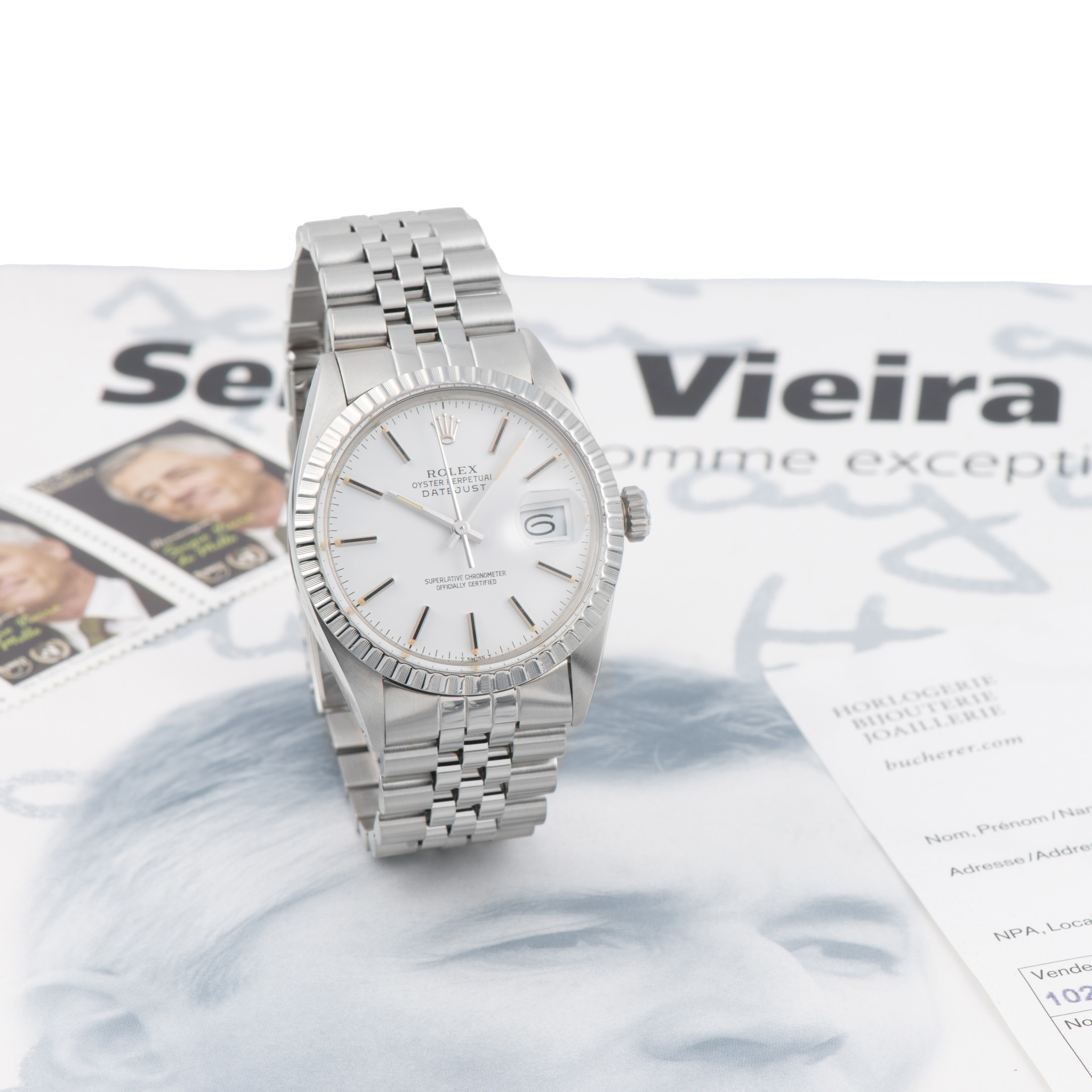 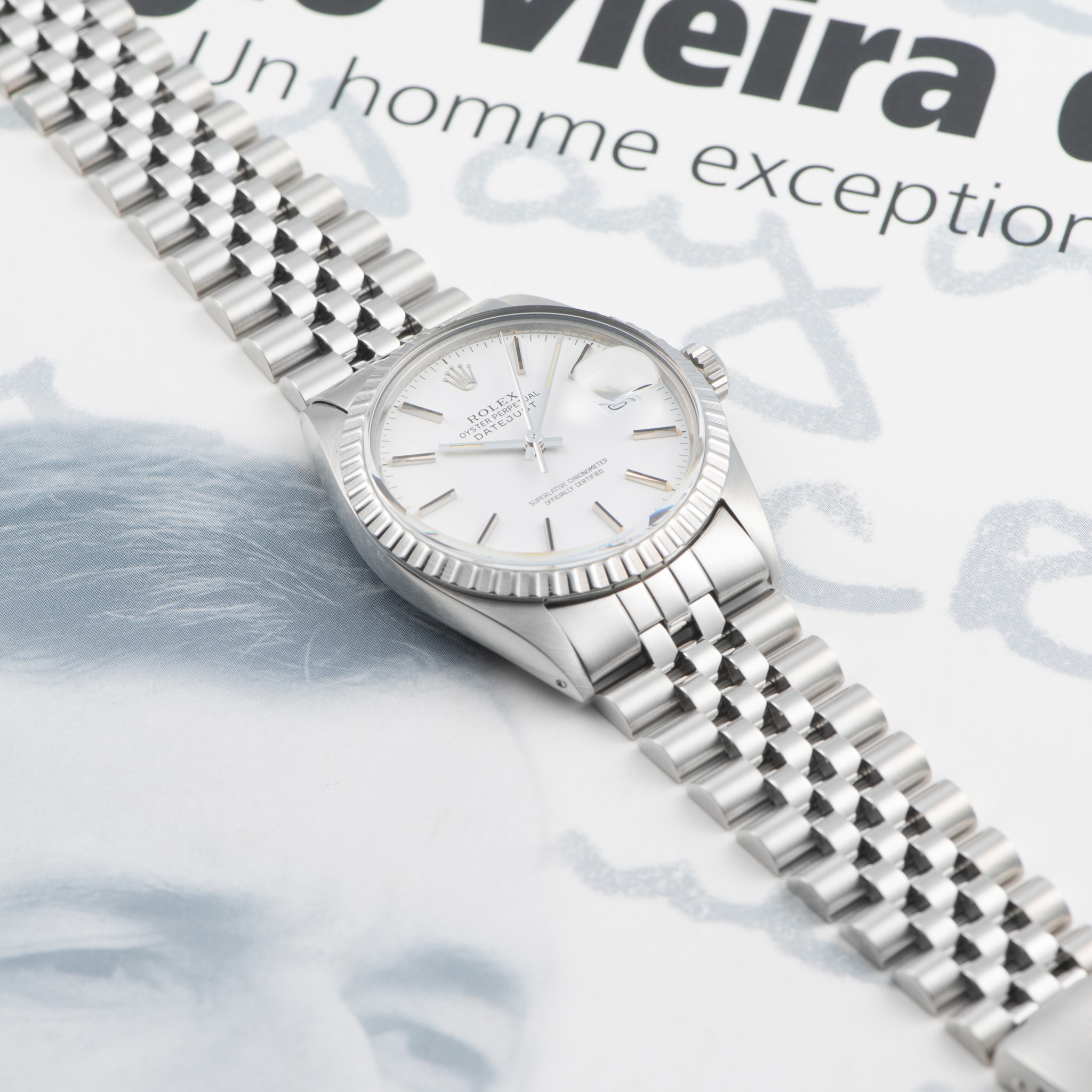 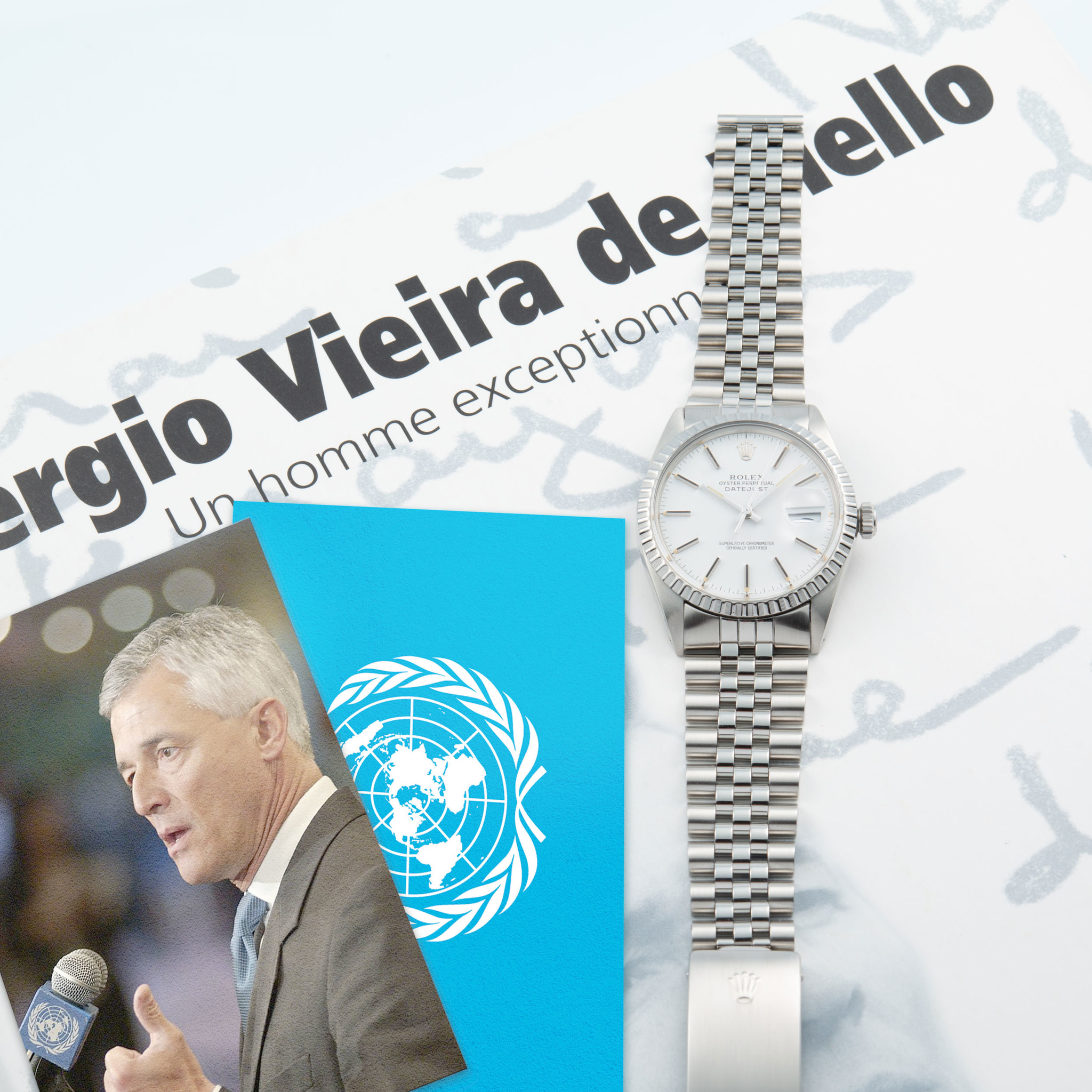 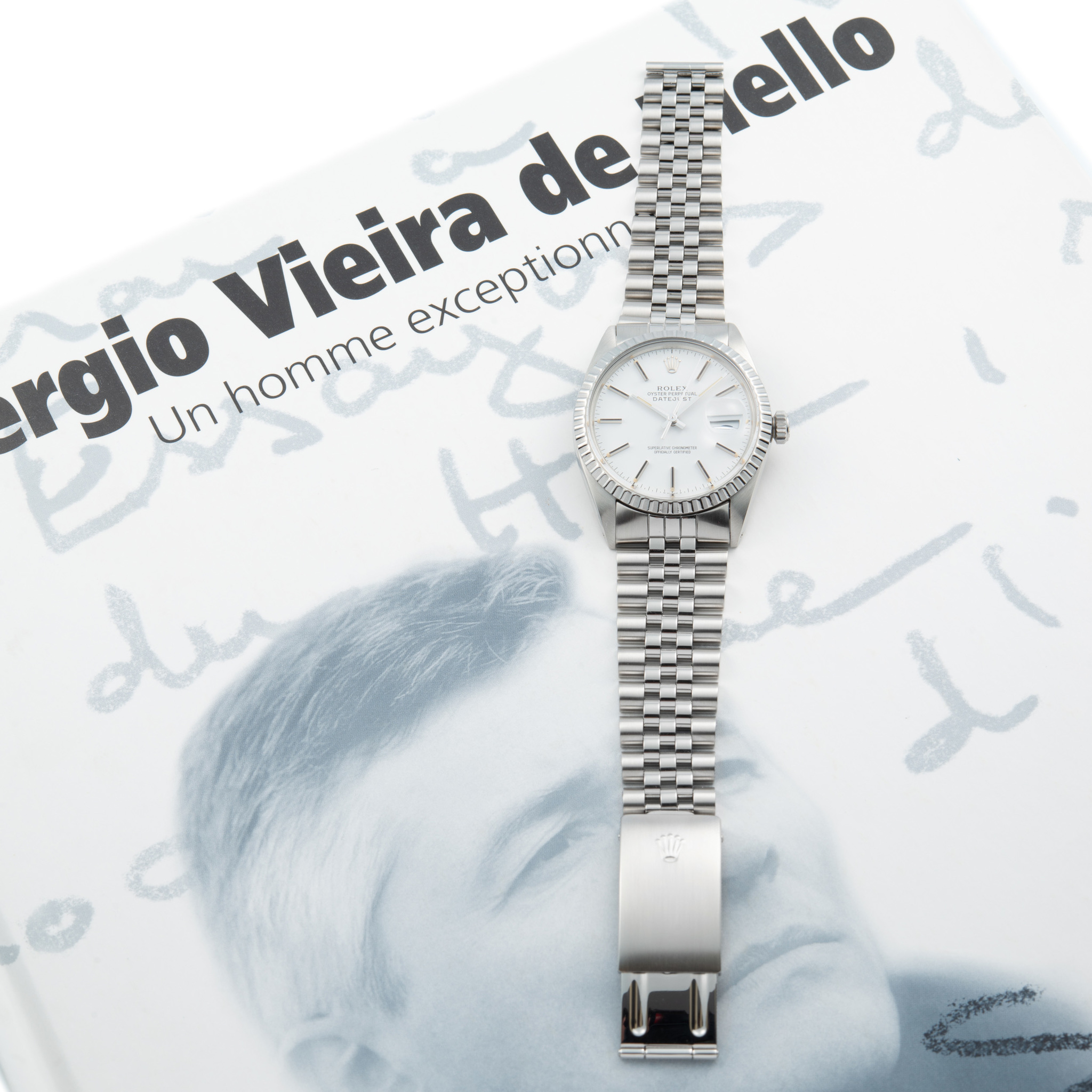 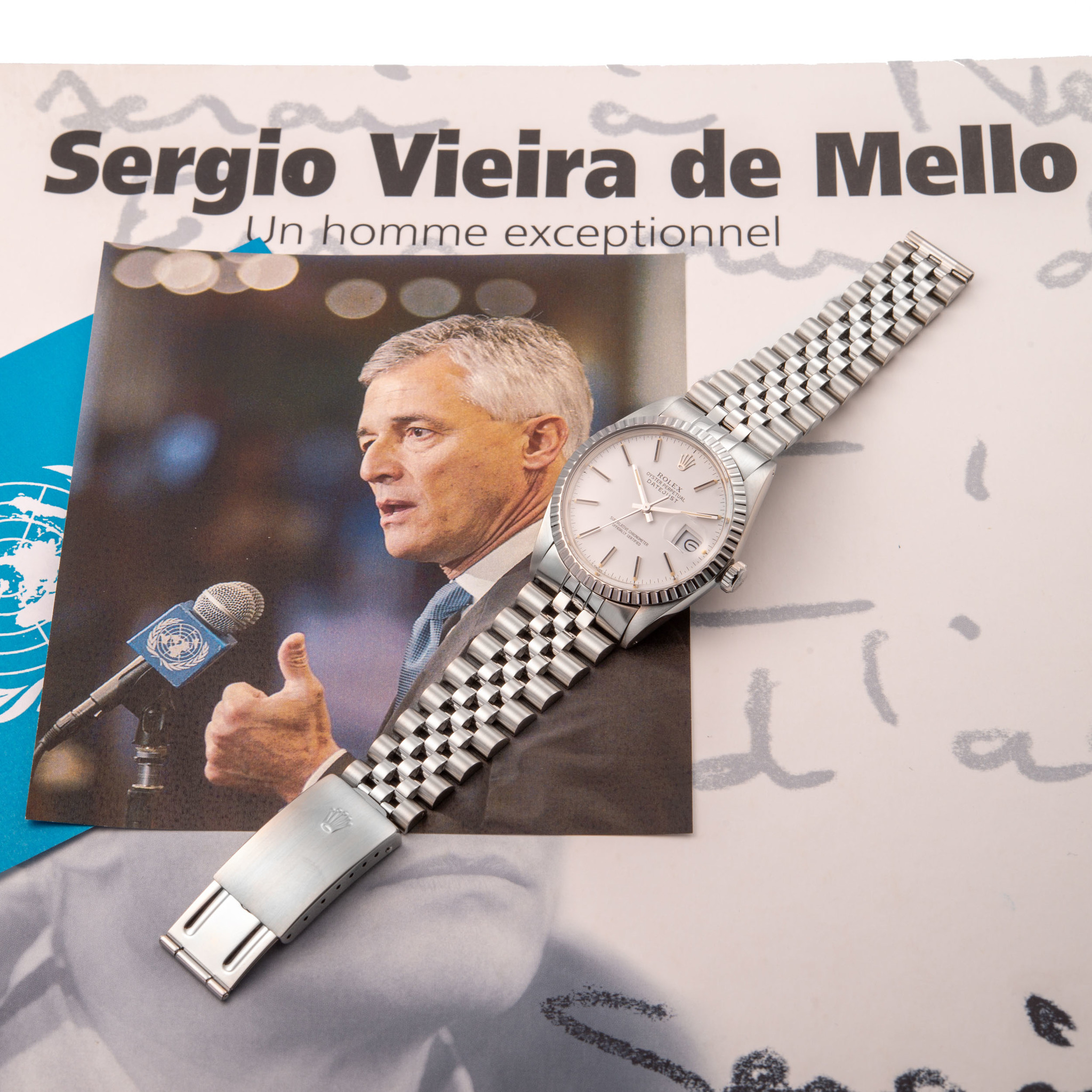 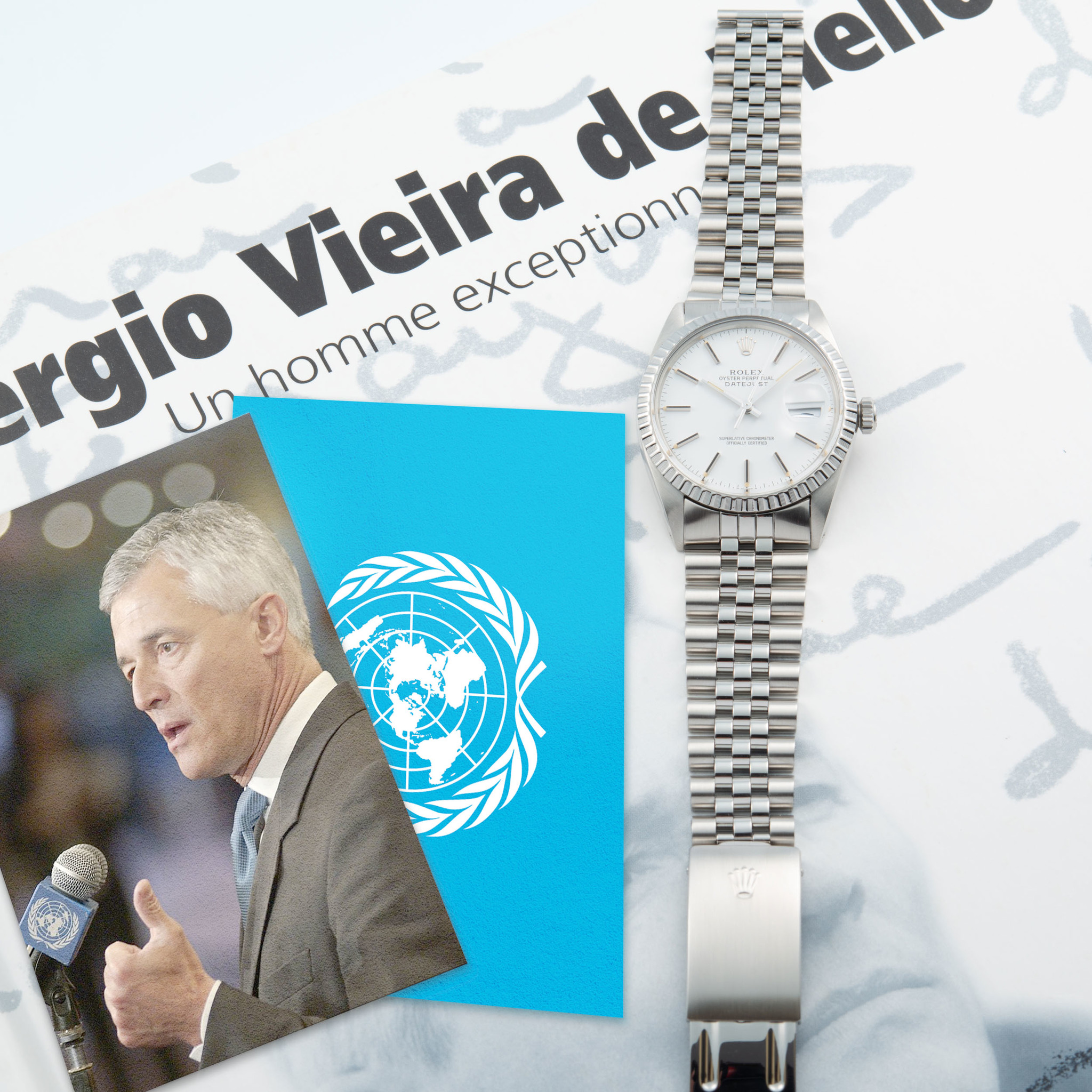 Sergio Vieira de Mello was a Brazilian diplomat who held various senior roles at the United Nations, across the world. His early career brought him to Peru, Cyprus, South Sudan, Lebanon, and Mozambique to name a few. He notably was the main initiator of a plan which put an end to the exodus of the Vietnamese “boat people”, who were still leaving Vietnam ten years after the end of hostilities.

In 1991, the High Commissioner for Refugees named Sergio as her Special Envoy in Cambodia. He simultaneously assumed the responsibility of Head of the UNTAC operation, which organized the repatriation of 370,000 Cambodians to their villages in June 1993.

From November 1999 to April 2002, Sergio Vieira de Mello took over as Administrator of UNTAET in Dili and was the de-facto Governor of East Timor, which he successfully led to independency on May 20th 2002.

In September 2002, Sergio was named by the Secretary-General, Kofi Annan, as High Commissioner for Human Rights, based in Geneva. He remained in his post until the end of May 2003, when the Secretary-General, asked him to serve as his Special Representative in Baghdad for four months. Sergio arrived in Iraq on June 2nd 2003. On July 22nd, he delivered his report on the situation in Iraq to the UN Security Council, noting the particularly difficult conditions under which the United Nations had to work in the country.

Sergio Vieira de Mello was tragically killed in Baghdad, with 21 of his colleagues, in the bloodiest terrorist attack that ever targeted the United Nations in its long history, on the afternoon of August 19th.

After lying in state in his native Rio de Janeiro during 3 days of national mourning, and then in Geneva, a city that had become a second home to him and whose citizens lined the streets to pay him their last respects, Sergio Vieira de Mello was laid to rest in the Cimetière des Rois (the Cemetery of Kings) in Geneva.

Numerous books and films have been written on Sergio Vieira de Mello’s accomplishments, and many schools and university chairs are named after him. He remains as of today an example of diplomacy and charisma, which made people consider him as the next UN Secretary General. A bust of him is erected in front of the Palais Wilson in Geneva and he received high official distinctions, such as the French Commander de la Legion d’Honneur, the Bourgeoisie d’Honneur of Geneva, and many other all over the world.

Following his death, the United Nations declared 19th of August “World Humanitarian Day”, a day celebrating the work of all humanitarian workers across the world every year. This initiative was brought up by the Sergio Vieira de Mello Foundation, a non-for-profit established in Geneva.

Sergio loved his Rolex Oyster Perpetual Datejust, it was his fetish watch. He used to wear it on most occasions, being in the field, in war zones or meeting world leaders such as Georges W. Bush, Kofi Annan, Antonio Guterres, the Pope, Tony Blair, Yasser Arafat and various presidents in the world.
His exceptional life and work contributed to saving thousands of lives and this watch still carries a piece of his legacy.

Directly from the descendants