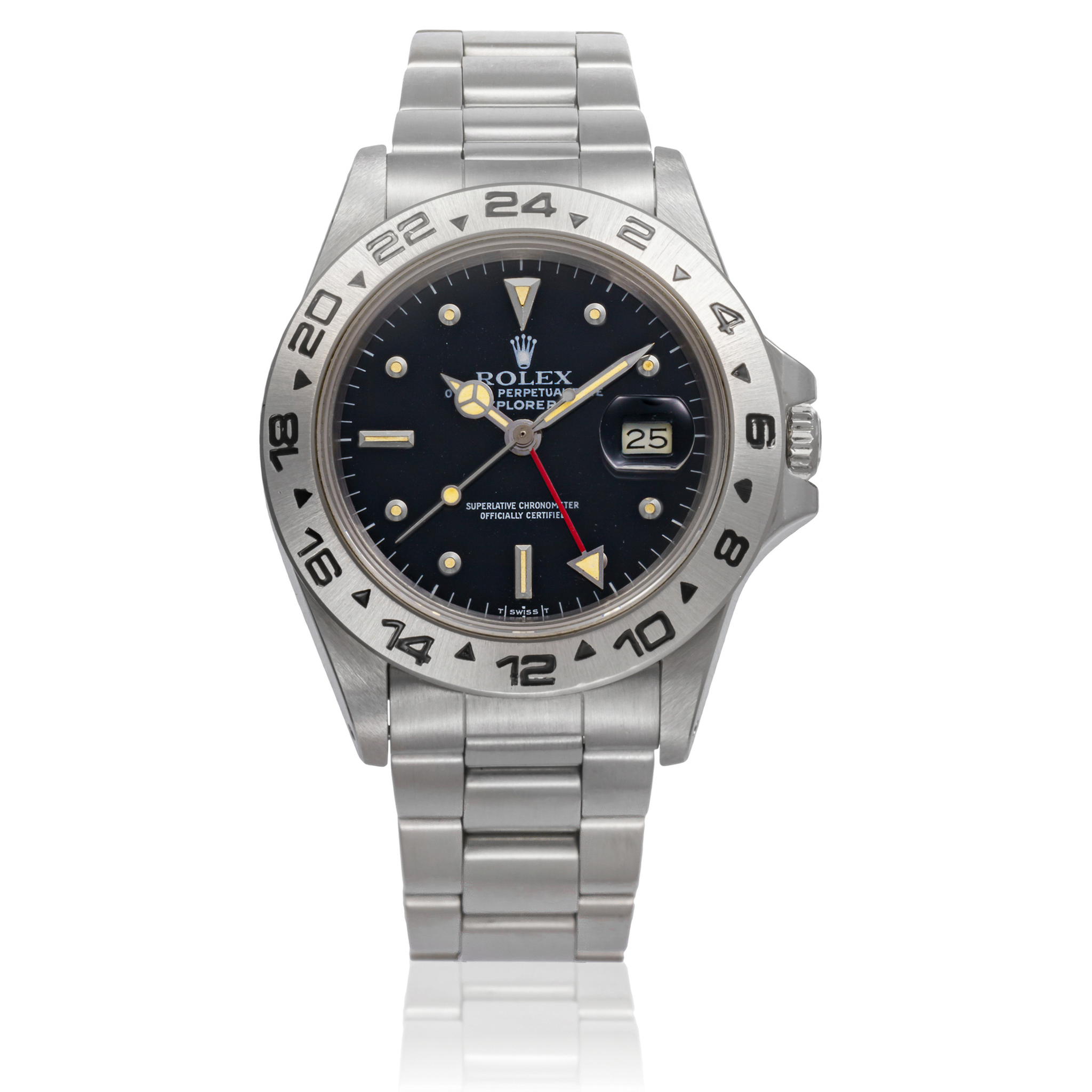 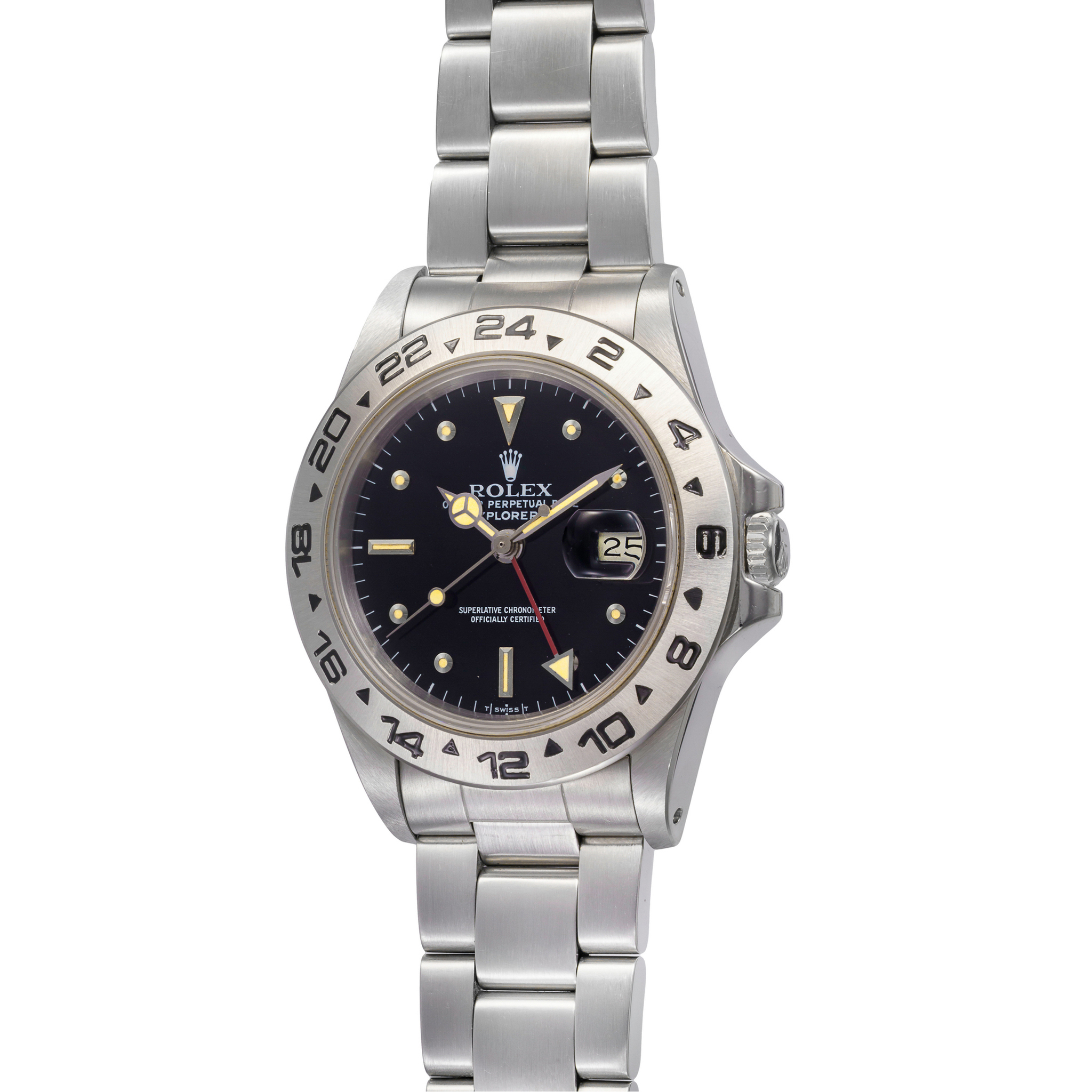 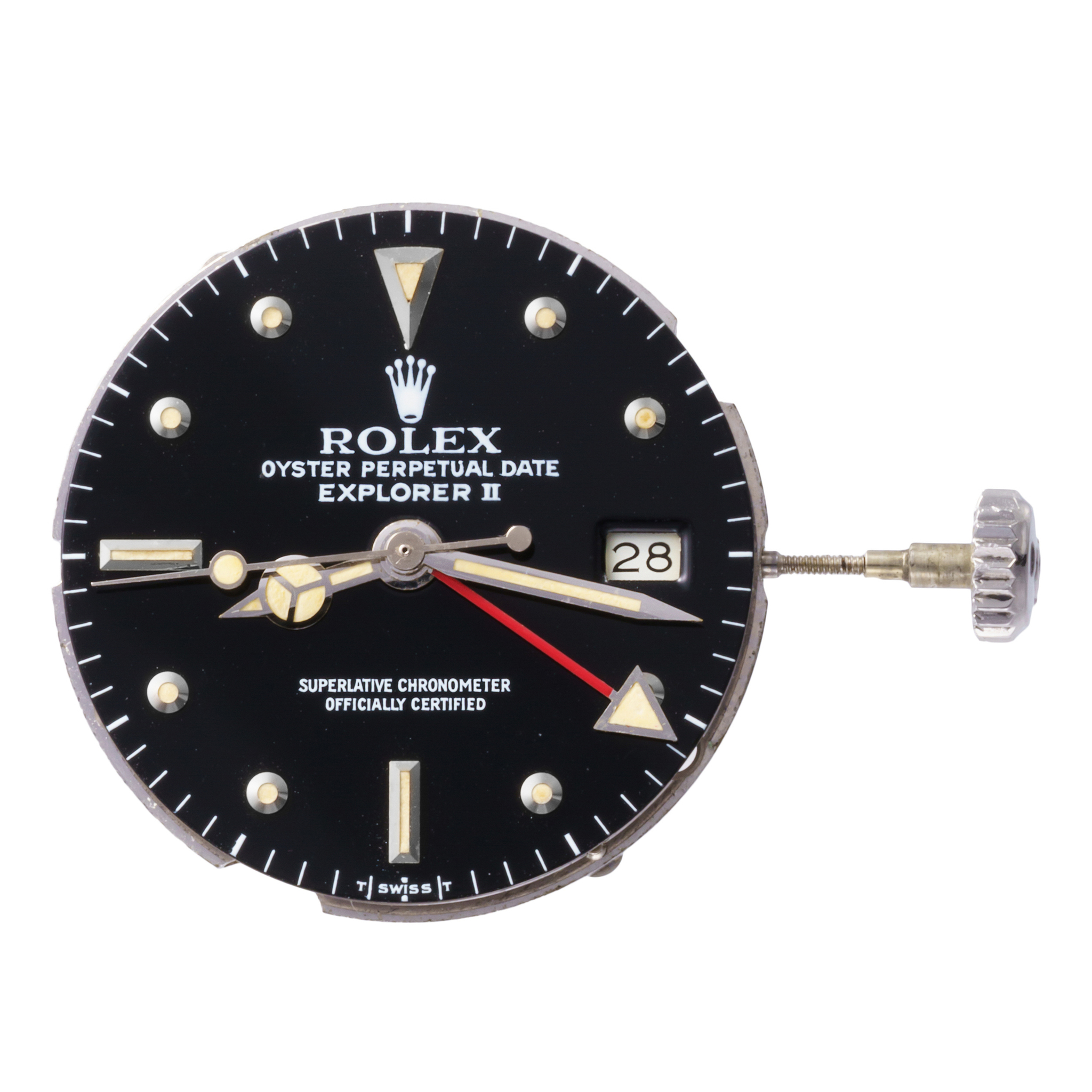 Rolex Ref. 16550 Explorer II was produced in 1984 as the successor to the beloved Ref. 1655. This reference equipped with a new generation of movement cal. 3085 that includes a ground-breaking independently adjustable GMT hand. With its sapphire crystal glass and the newly designed dial, this reference indeed set the tone for the later Explorer II references.

This example has a prototype dial featuring ‘Nipple Dial’, a specific type of dial usually found on gold or gold/steel GMT-Master from the same period. It was nicknamed for its slightly protruding metal hour markers. It was believed that this prototype design was firstly seen at Basel Fair of 1982 but was then put on hold by the brand.