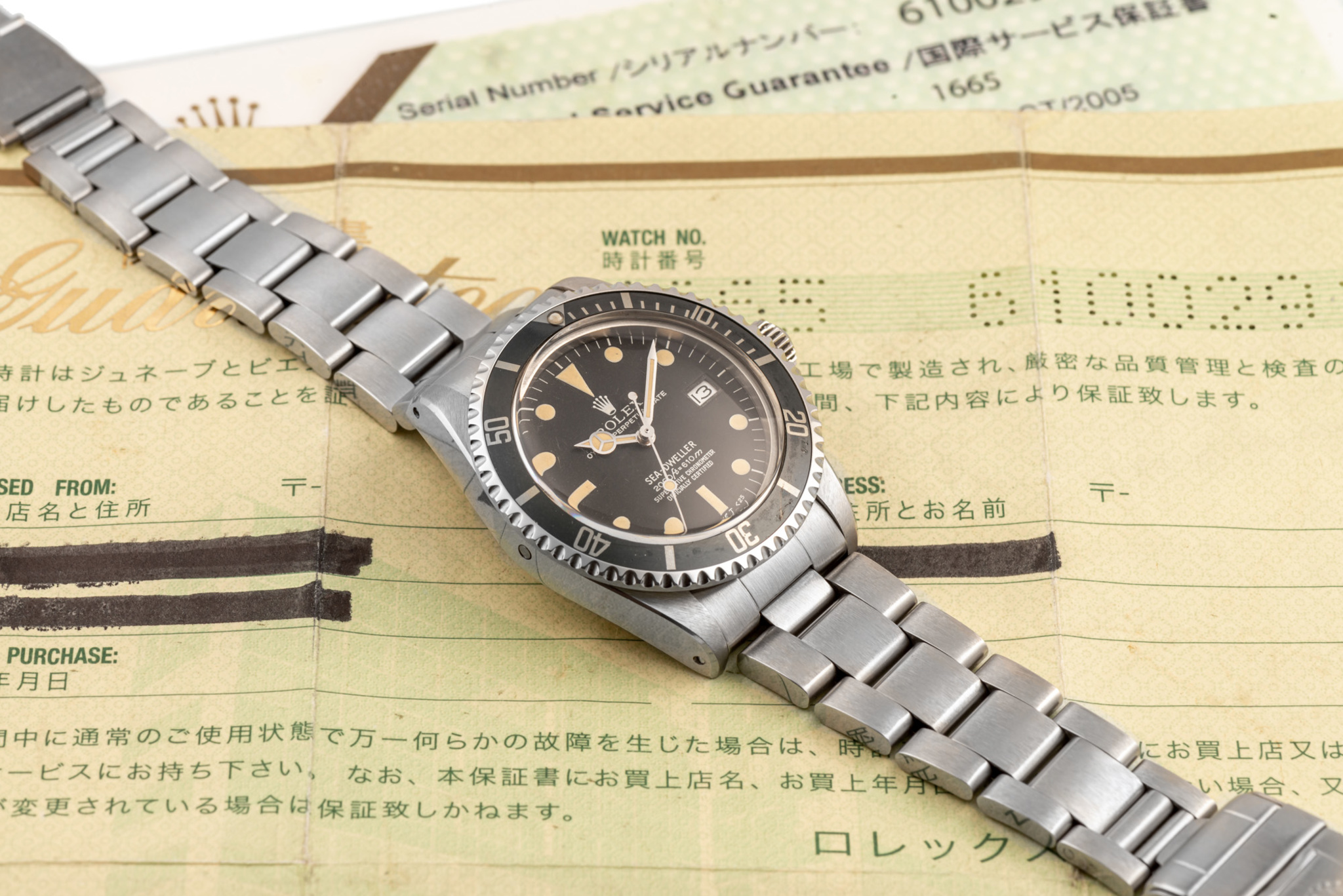 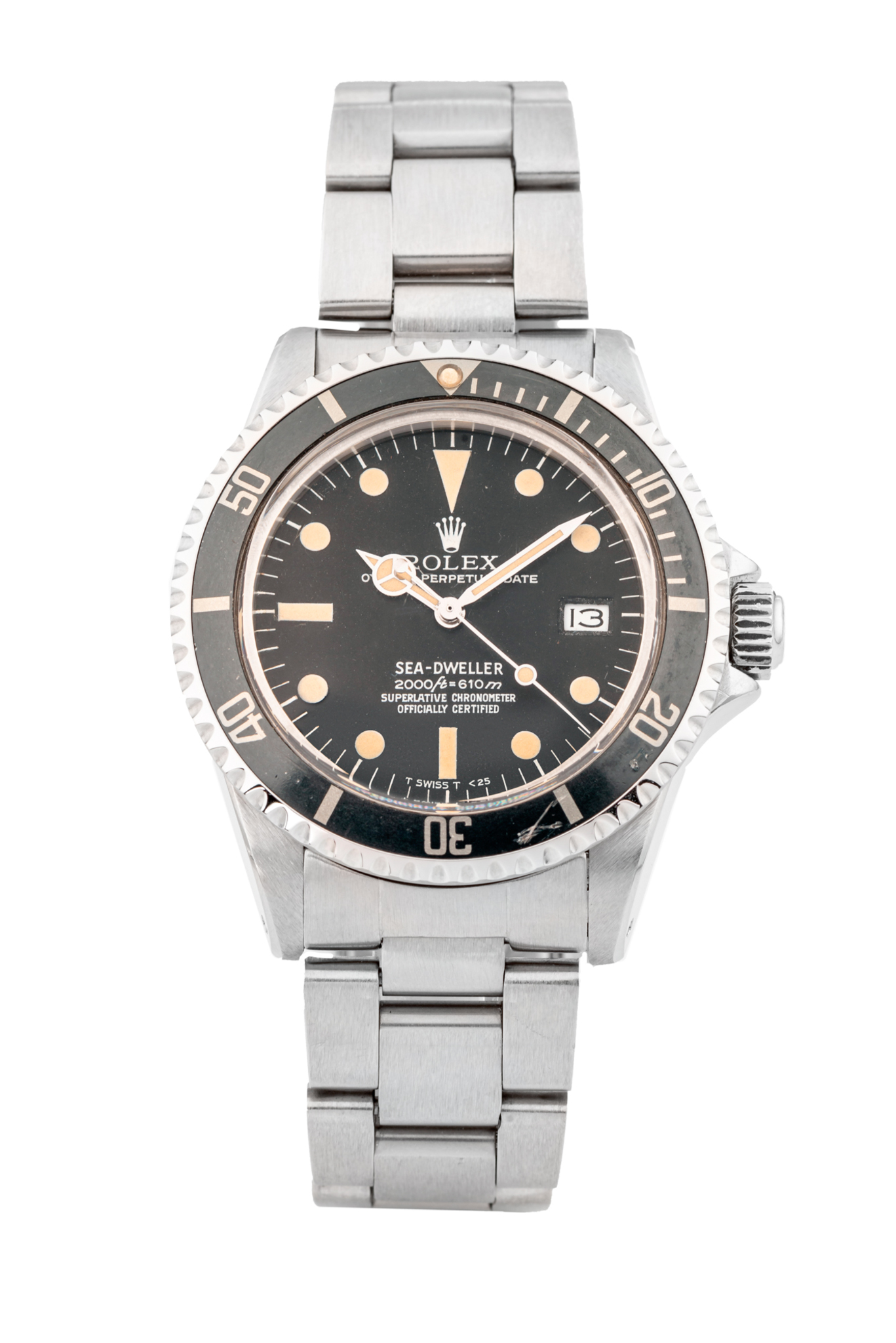 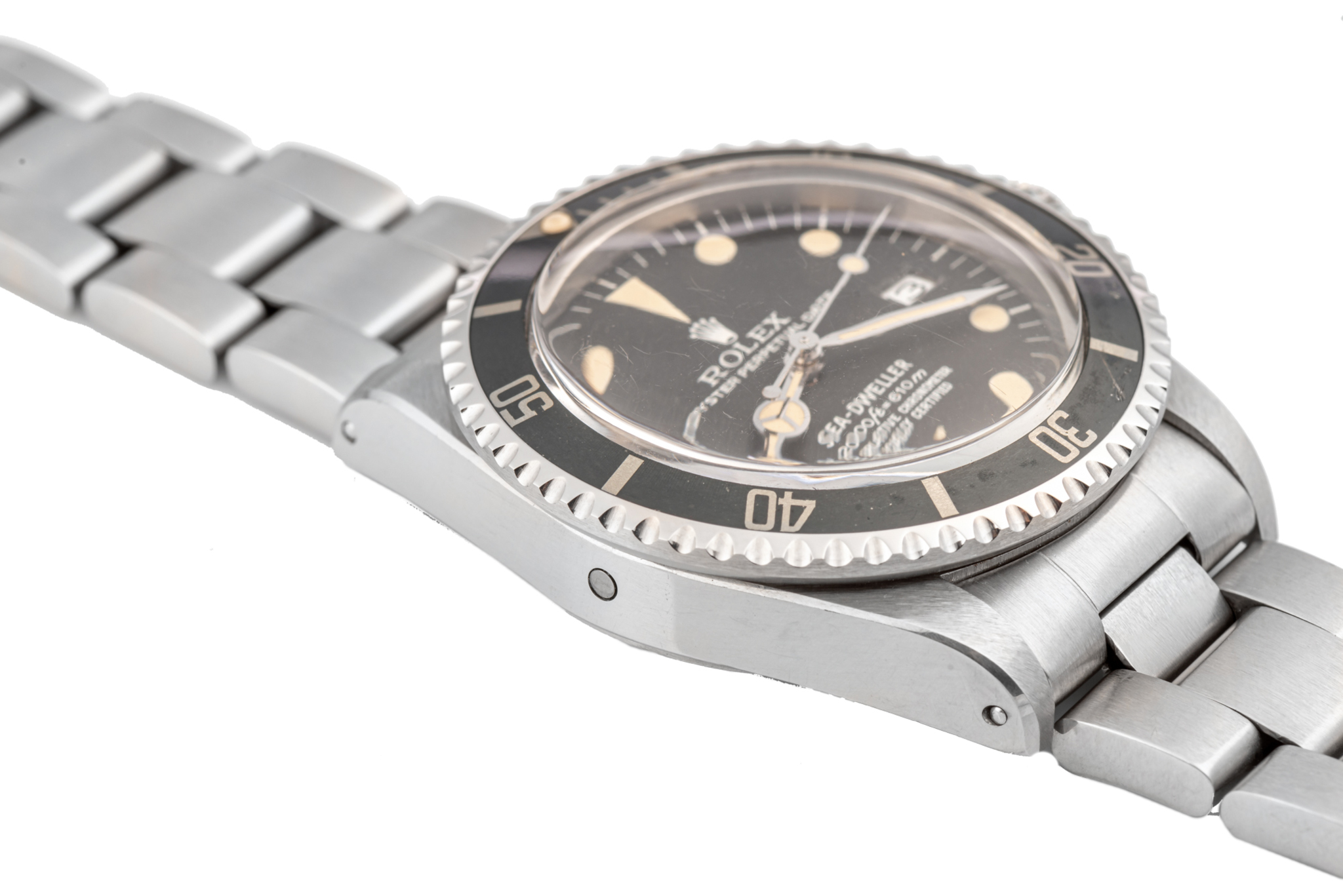 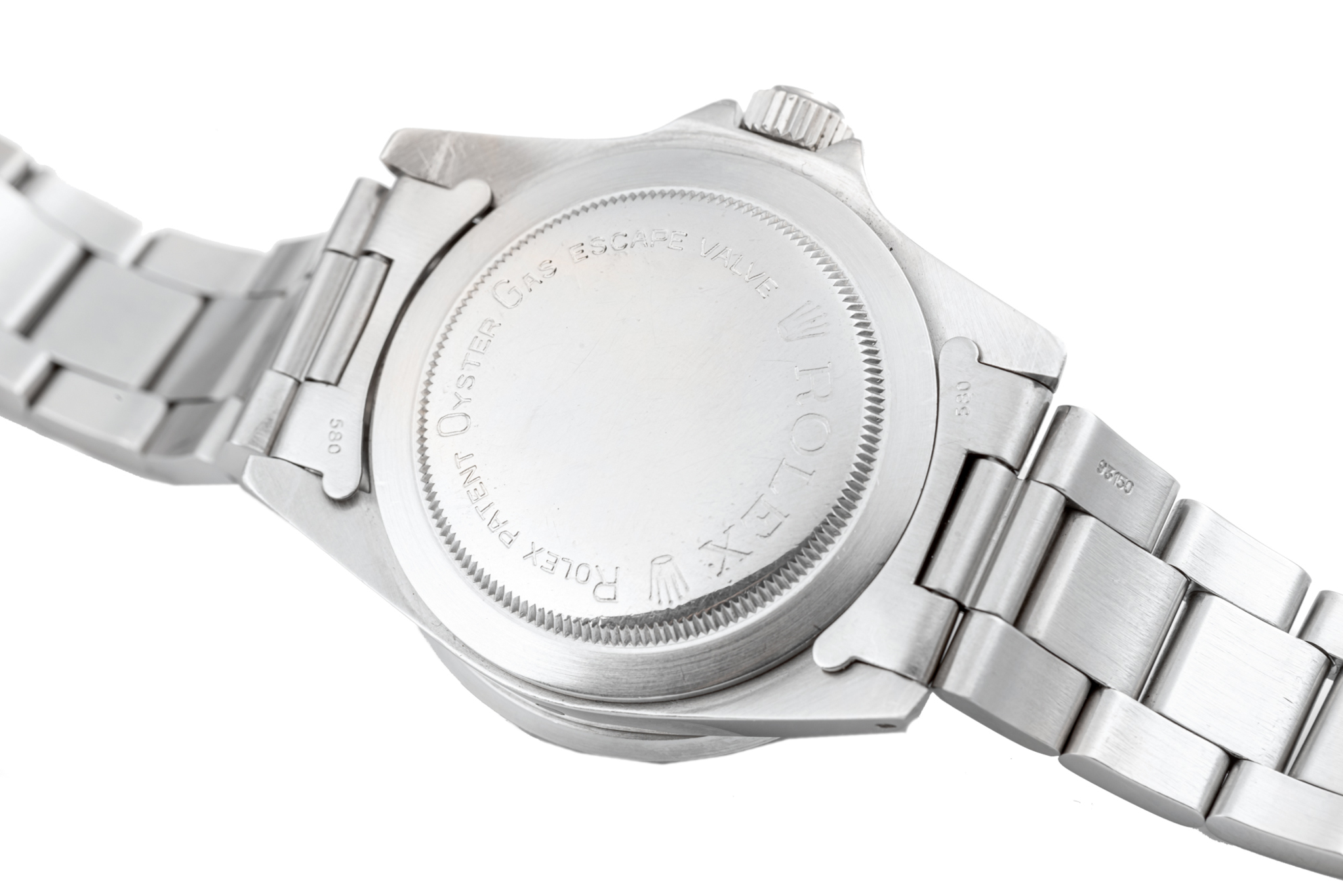 The Rolex Sea-Dweller was designed in collaboration with the famous French scuba diving company COMEX (Compagnie maritime d'expertise). In underwater missions, divers have encountered watch failure during decompression, when the glasses exploded due to an internal accumulation of air pressure. Rolex has modified the standard Submariner Ref. 5513 watches to include a helium escape valve to release air while maintaining the water-resistance of the watch.
Thus, in 1967, the first Ref. 1665 Sea-Dweller watches were delivered to authorised dealers and selected divers for testing. Because of their waterproof characteristics, Ref. 1665s bear the serial number of the case inside the caseback to avoid any substitution during service - which would have led to a risk of improper water-resistance.
Such an emblematic and iconic reference is a marker both of the history of diving and of the history of Rolex.
Launched in 1956, the reference 6541 is the little sister of the Rolex Milgauss reference 6543, created in 1954 for people working on scientific experiments or in power stations, who would need a watch that remained accurate in conditions of work where high magnetic fields existed.
Closely related to CERN (European Organization for Nuclear Research located in Geneva), this model was used to resist to high magnetic fields. The watch’s distinctive name was derived from the French word “Mille”, meaning “thousand”, and “Gauss”, which is as measurement of magnetic induction. Magnetic fields a"ected the balance workings of a watch. A normal watch will become erratic at 60 oersted and cease to function at arount 100 oersted. The Milgauss had anti-magnetic alloys in parts of its movement, which was encased by an iron shield, thereby enabling the watch to remain accurate in fields of over 1000 oersted. At the time of its launch the Milgauss was considered a marvel of horlogical engineering. Not only did the watch function perfectly when subjected to a magnetic field of 1000 oersted, its guaranteed limit, but it could also remain accurate at 5000 oersted. In fact, even after being places in such powerful magnetic fields, the residual magnetism in the watch’s workings was insu!cient to a"ect its accuracy. It would seem that none of the Milgauss models were very great sellers. The Milgauss had a small professional market, and its other buyers would probably have just liked the of this large case, and never required its unique anti-magnetic features. The production of the 6541 ends in 1960. With only 4 years of production, this reference is completely a tool watch, rich in history, sought after by collectors and hard to find in original condition.