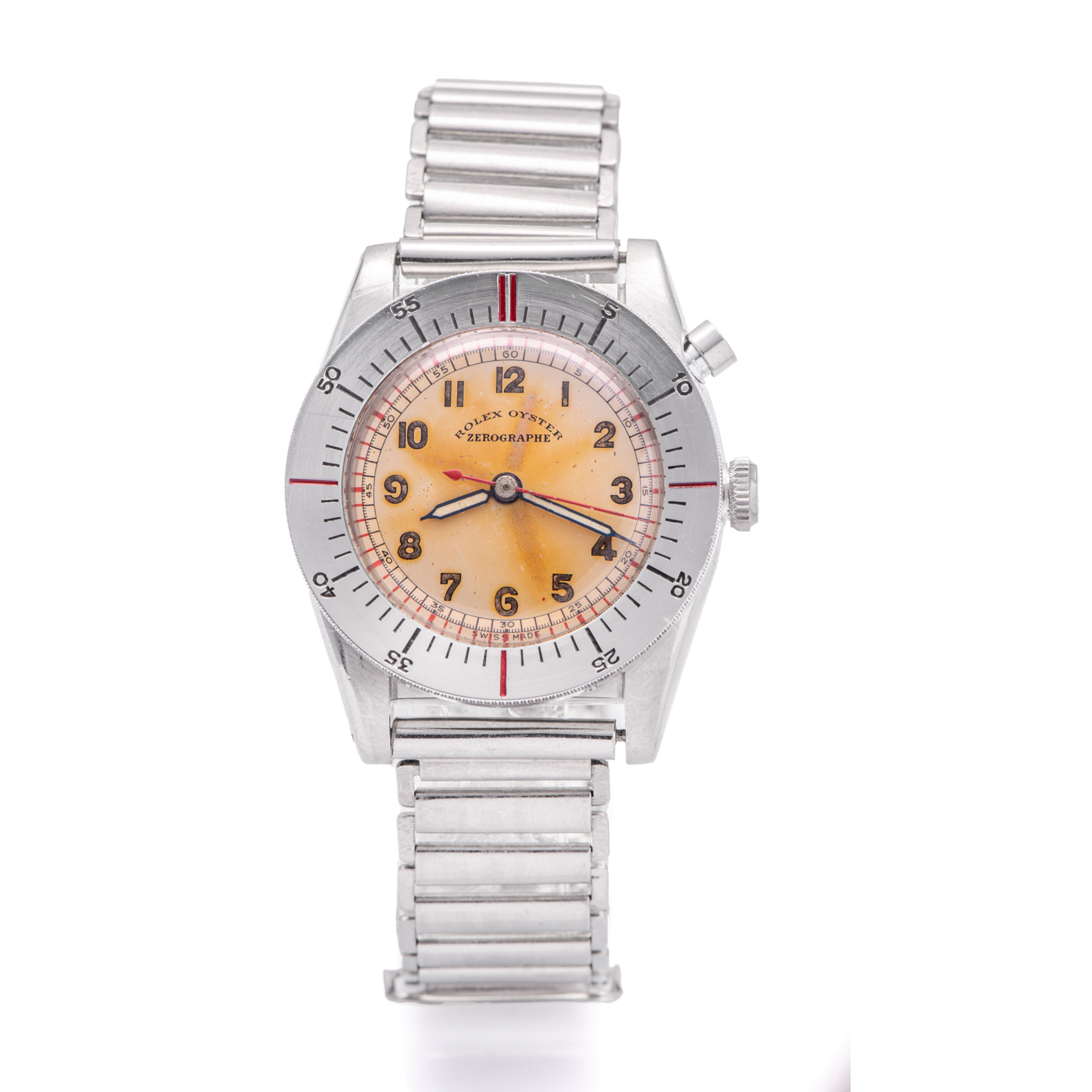 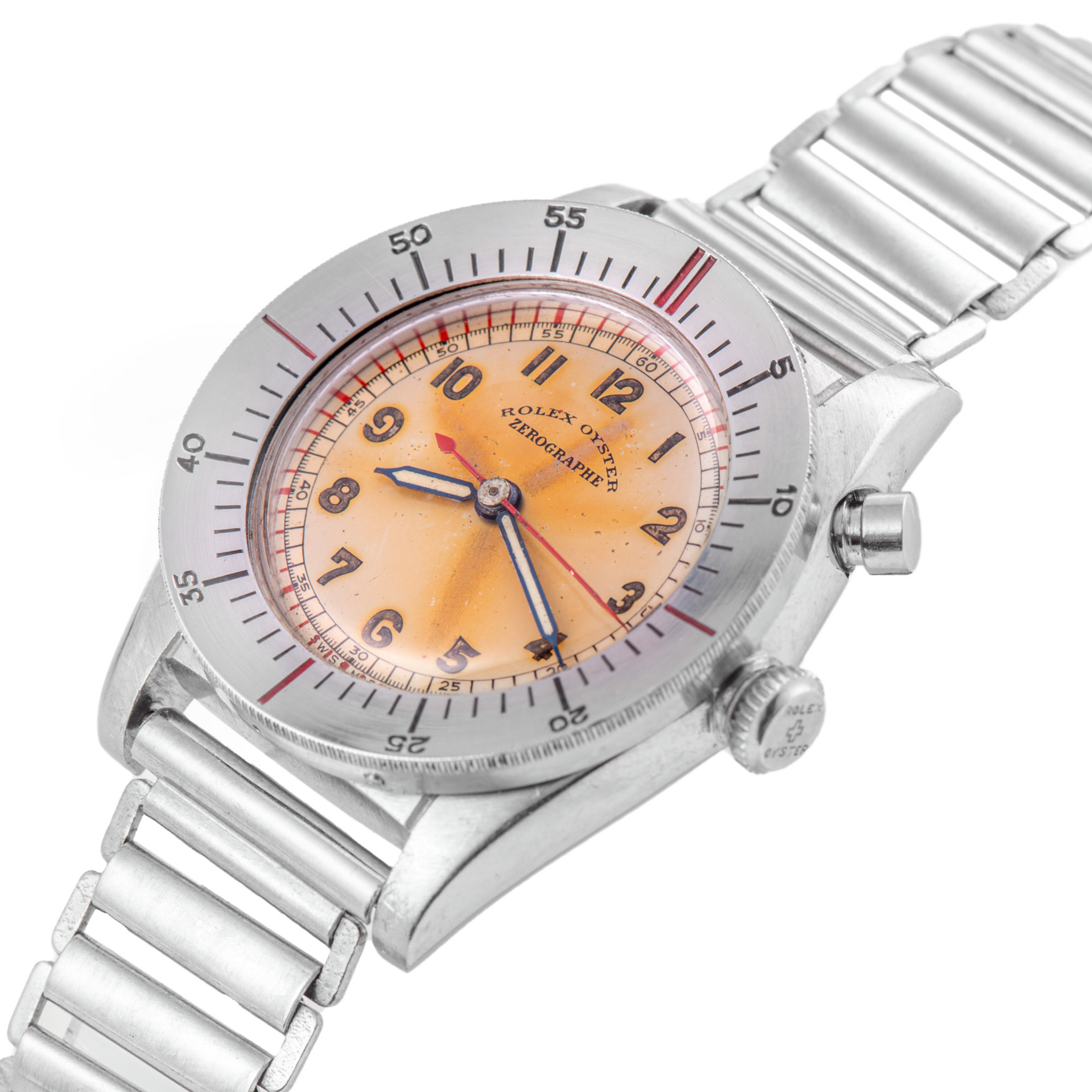 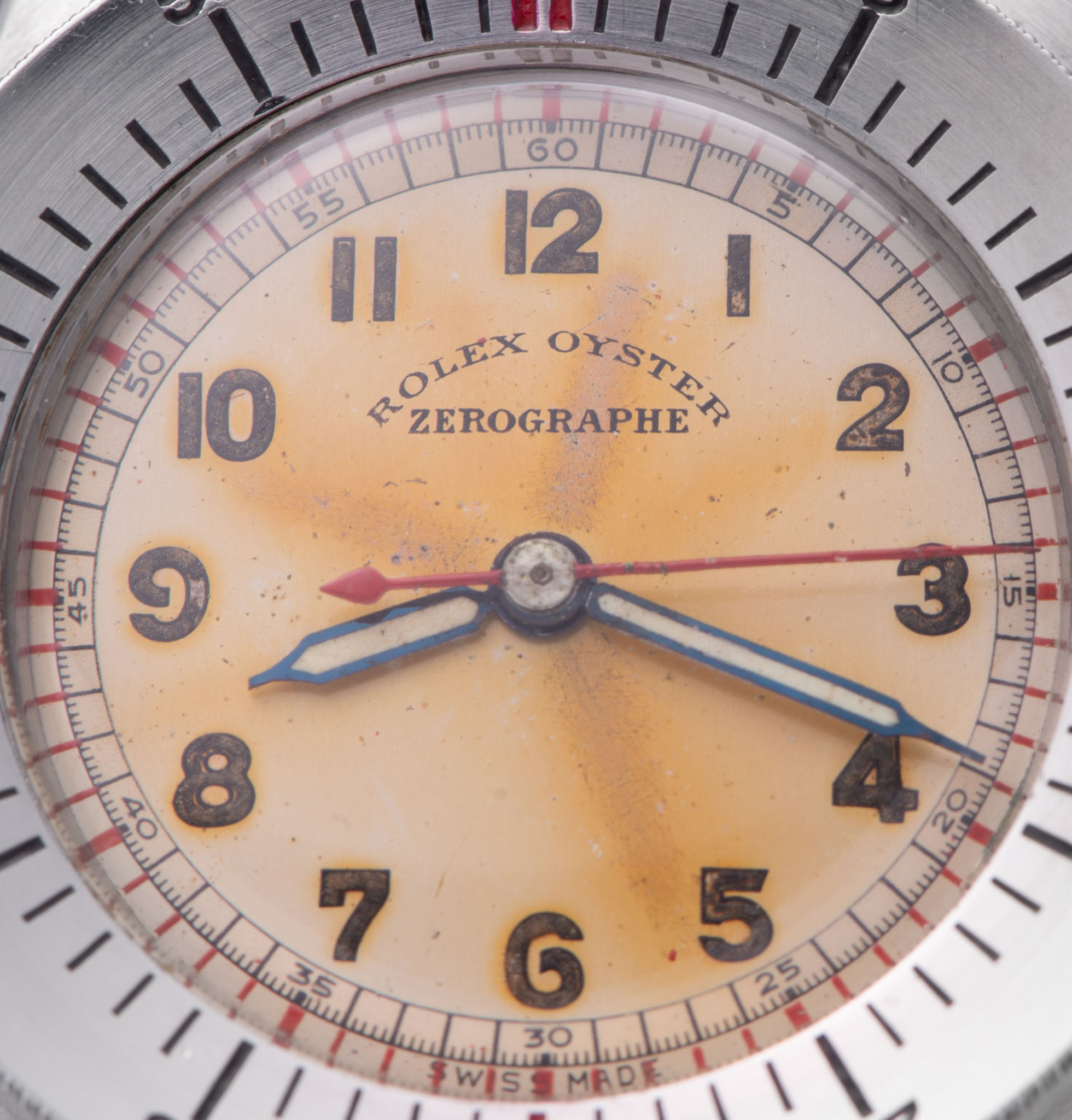 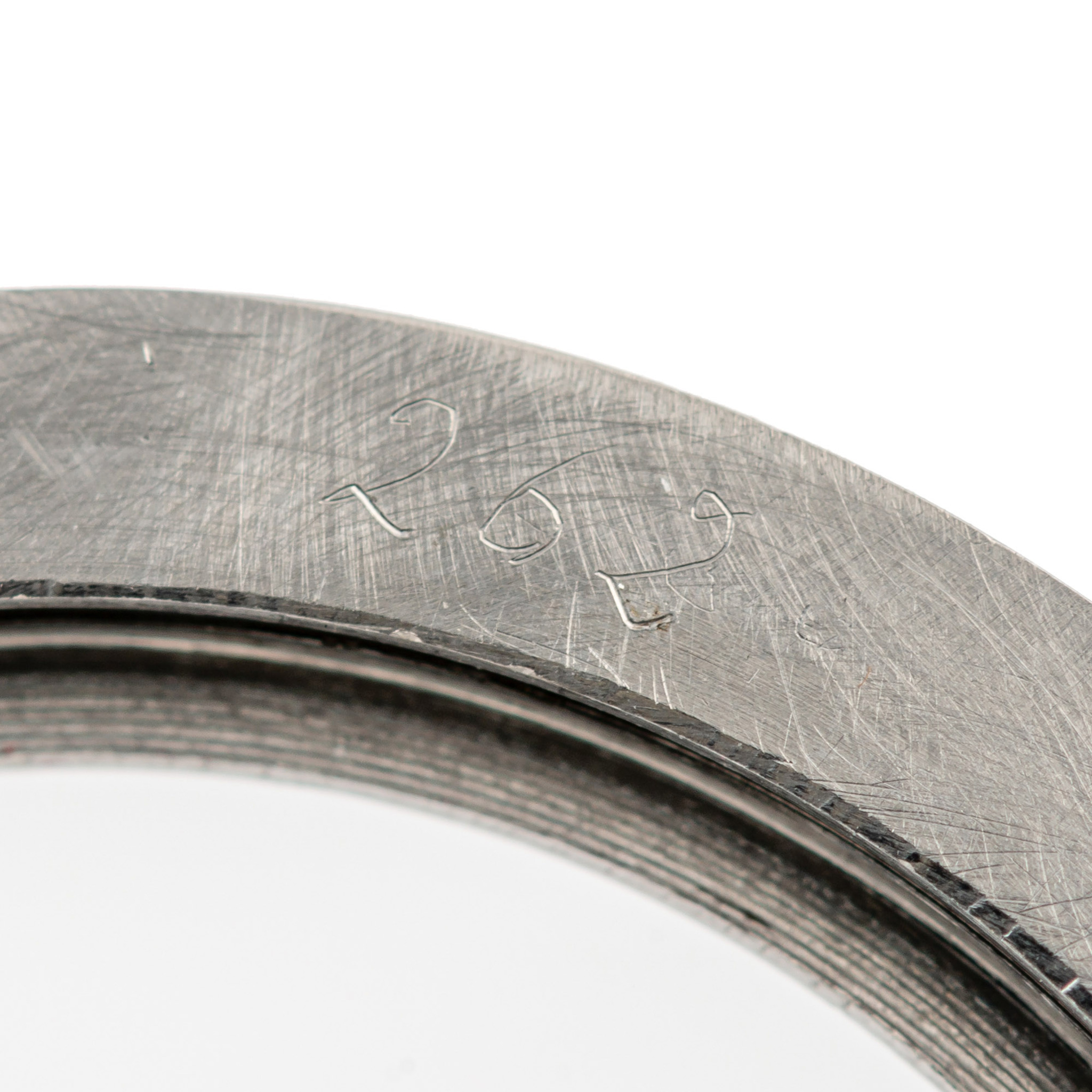 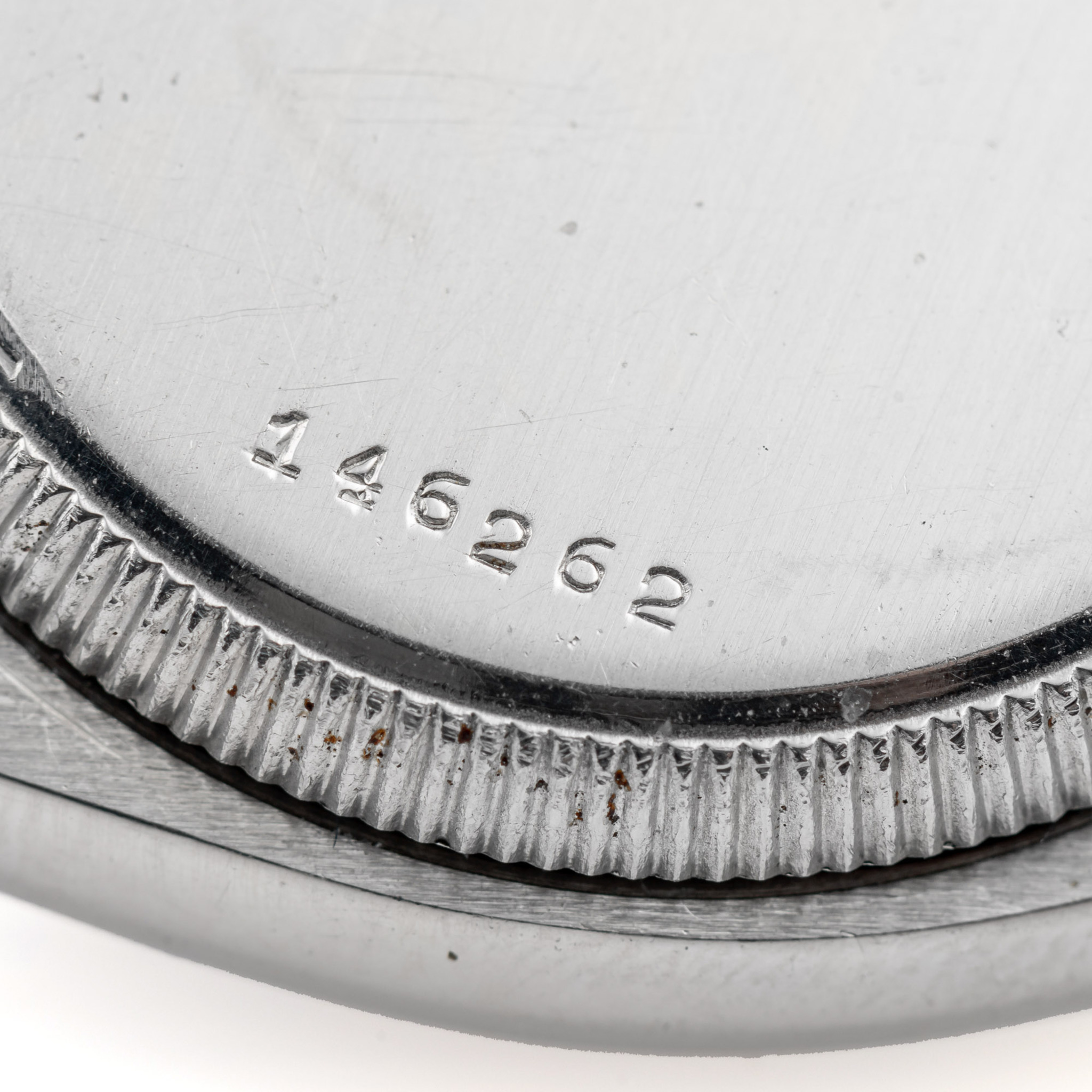 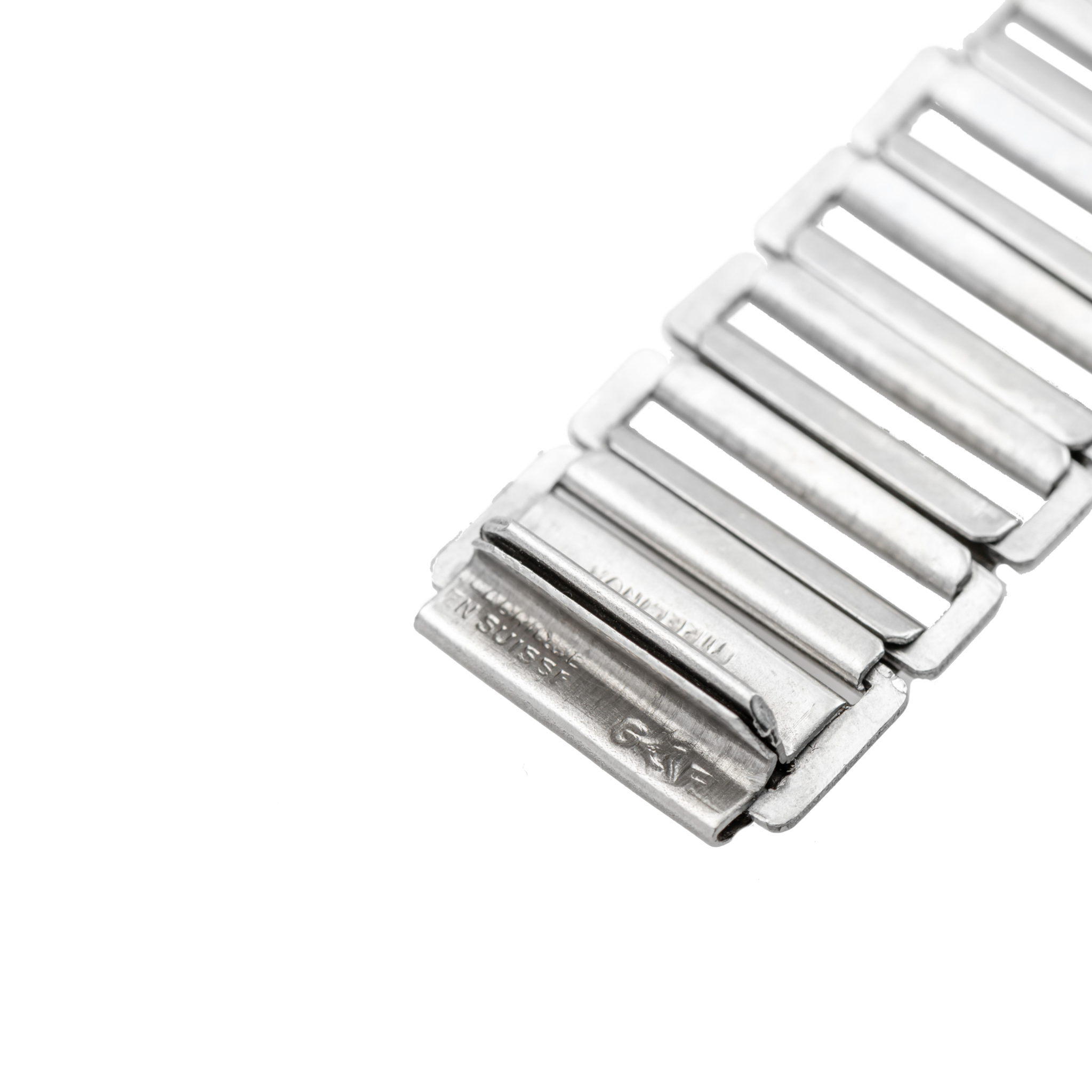 Property of the original Swiss family.
There is no denying that the Rolex Zerographe (also known with an observatory dial as the Centregraph) has remained one of the biggest mystery and one of the most important watches made by the firm.
Featuring a fly-back second that is reset by the pusher at 2 o clock, it is the first known Rolex featuring this complication and was only available in steel. Another version featuring a smooth bezel was also produced under the name Zerograph (reference 3890) but was produced shortly after if one takes the serial numbers into consideration (usually with serials starting with 181’XXX).
This example features the more interesting rotating bezel with adds thickness and presence wearing much larger than its 32 mm size.
According to the original family from Geneva that are watch enthusiasts themselves, it was recently upon clearing out some items from their grandmother’s apartment that a small box was found containing a few Tudor’s and a Rolex. After some research they deducted that the watch must have belonged to the uncle that spend his entire life working as a master shoemaker that shortly before retiring worked a few years at Rolex Geneva.
From the overall condition of the watch, it is immediately obvious that it has remained in excellent original condition showing extremely little wear to the case with the inscriptions “ stainless steel R.W.C. and the serial number on the back that are deep and crisp”, unknown to many collectors the bezel even has the matching last three digits of the case number engraved, a testament to its full originality.
Finally the dial has remained in original condition showing some radium burn from the hands having stayed in the same position for so many years ensuring its authenticity. Interestingly Antiquorum sold a very similar Zerograph in the November 2006 auction, lot 365 (serial 146’271) that also features signs of radium burn (illustrated in the book I Chronographi Rolex, La Leggenda by Pucci Papaleo, page 37.)
Having never appeared at auction until now, it is the rare opportunity to acquire one of the milestones in the history of Rolex wristwatches. Our research shows that there has only ever been 8 reference 3346 Zerograph that have appeared on the market including this newly discovered piece. Apart from one example (See Christies May 14, 2002, lot 48) that had a serial of 142’587, all the other examples have been very close ranging from 146’262 to 146’276 clearly indicating an extremely small production range.
Reference 3346 having appeared at auction
Serial 142’587, Christies, 14 mai 2002, lot 48
Serial 146’262, Antiquorum, 9 mai 2021, current lot
Serial 146’271, Antiquorum, 12 november 2006, Lot 365
Serial 146’275, Antiquorum, 18 January 1992, Lot 41
Serial 146’276, Christies, 13 May 2013, Lot 179
Serial unrecorded, Christies, 13 June 2001, Lot 211
Serial unrecorded, Antiquorum, 24 April 2004, Lot 100
Serial unrecorded, Sothebys, 17 May 2005, Lot 30