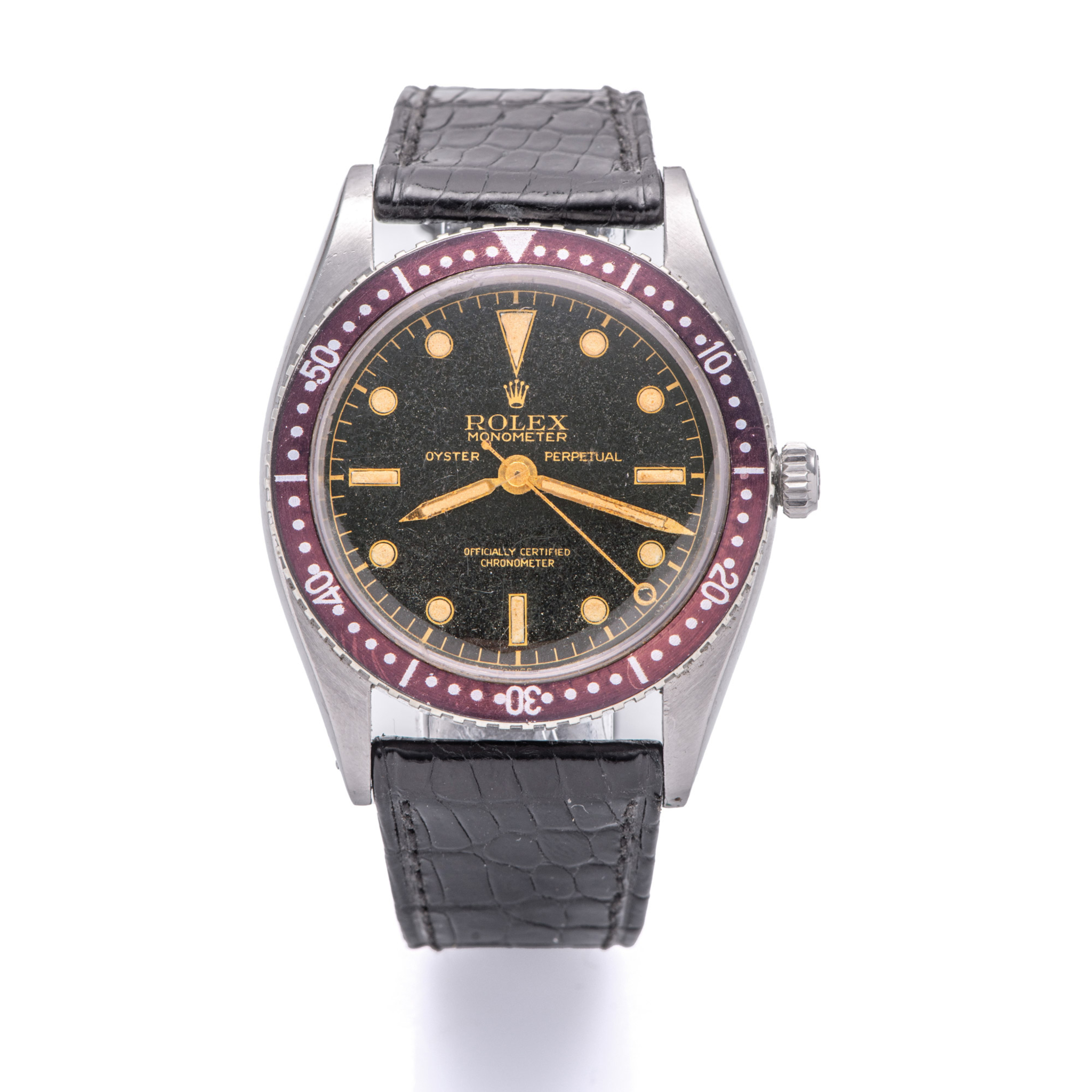 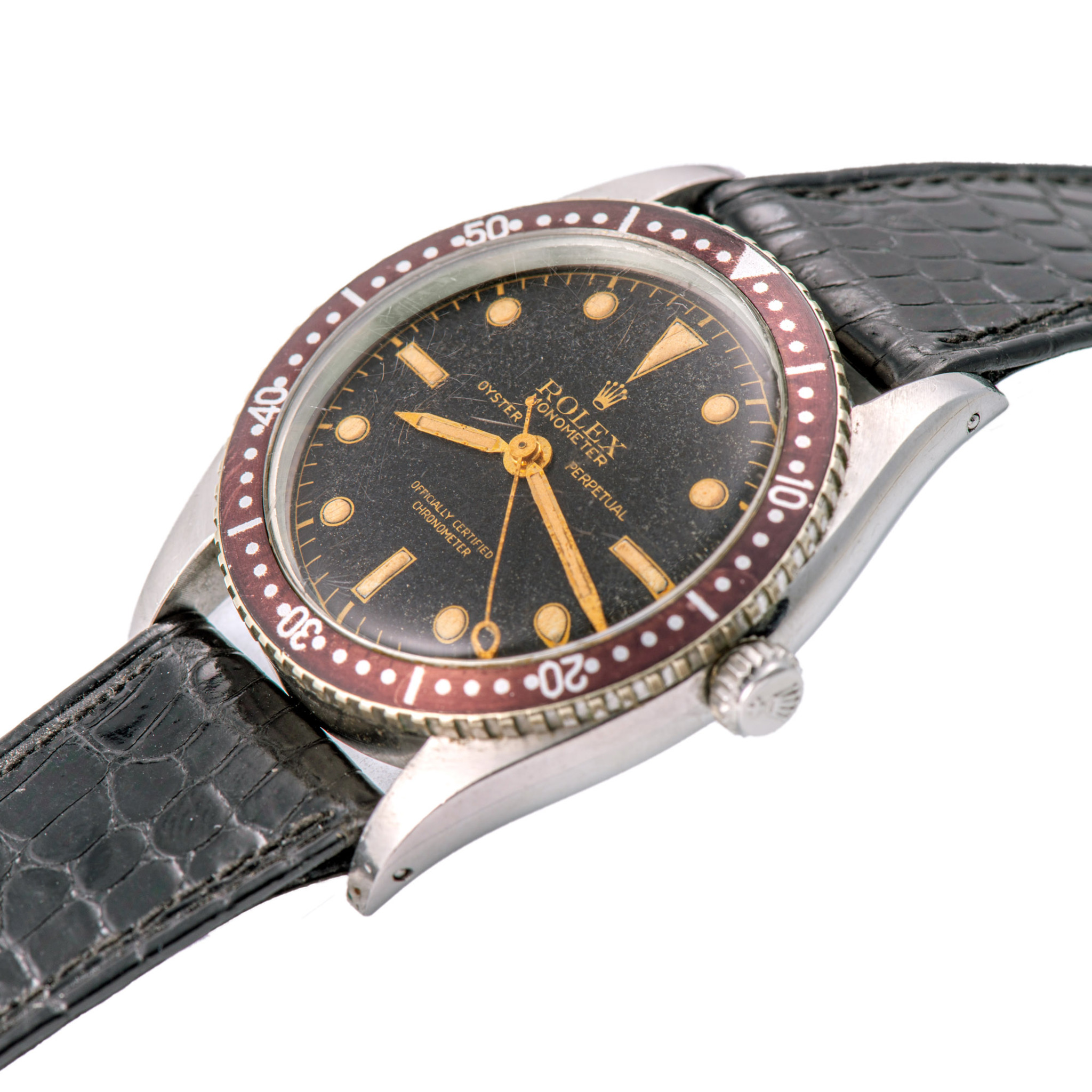 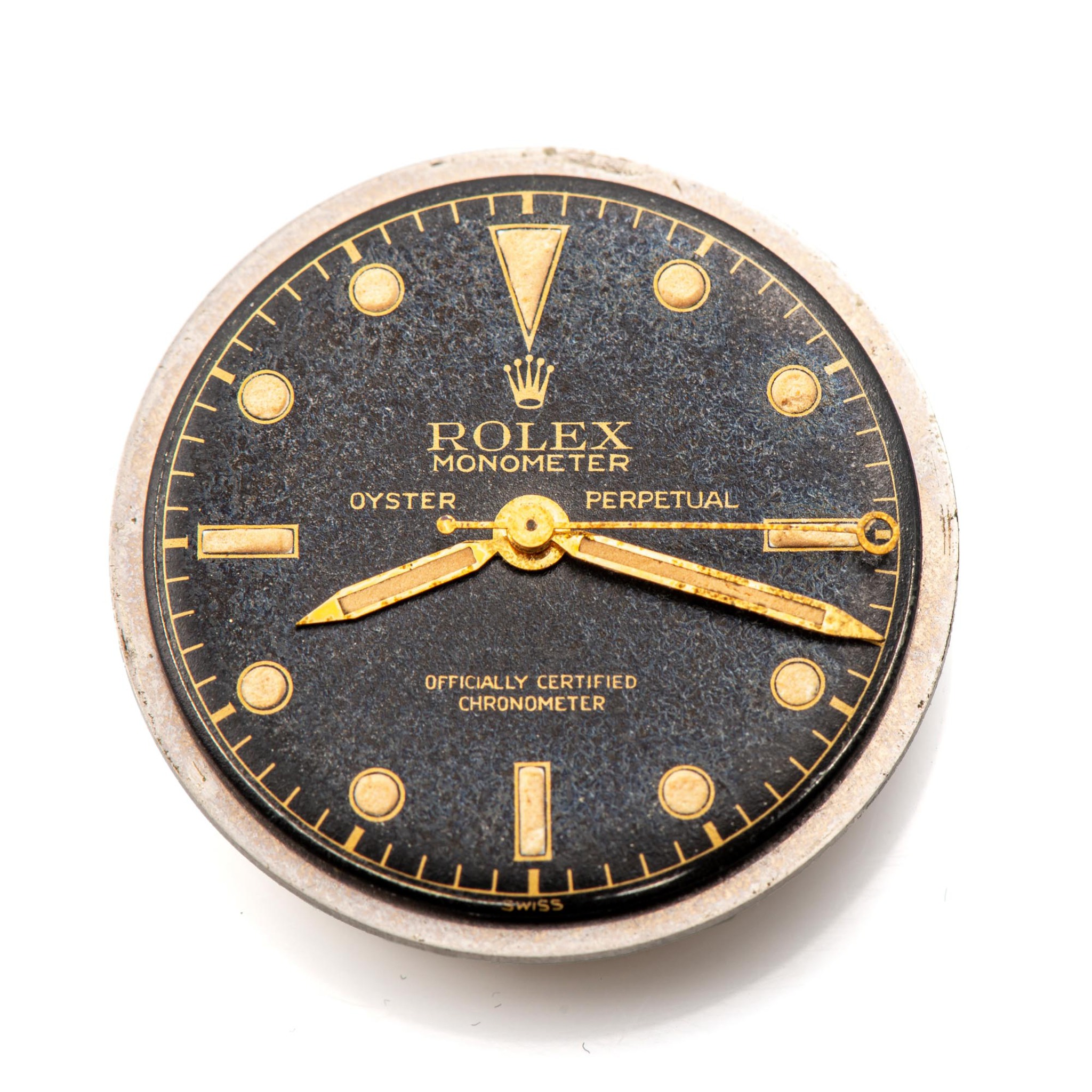 The Monometer is considered one of the rarest pre-Submariners based on a new reference the 6202 that would become the Turnograph.
These were launched almost simultanously alongside some of the earliest Submariners reference 6204 that features some of the same characteristics and also with the unusual Sub-Aqua name.
Rolex registers the brand name Mono-Meter in June 1953 and the first examples are released immediately as the caseback indicates a production of III.53. Made in 2 separate versions, one with a honeycomb dial and the other such as this example featuring a regular dial but both have the split name Oyster Perpetual on the dial. These also have a very distinctive bezel only found on these early Monometers with a bezel featuring minute markers all around and the early pencil and lollipop hands.
From the known examples below, one can immediately notice how close the case numbers are indicating a very small production (some scholars believe less than one hundred) and probably one of the rarest known pre-Submariners ever made. Unknown to the market, this example was purchased over 20 years ago in Germany and has remained unworn since with original lume on dial and hands and reacting to the Geiger counter.
Known examples of Rolex 6202 Monometer
6202, serial 949477, honeycomb dial, Antiquorum, November 12, 2006, lot 366
6202, serial 949401, regular dial, Antiquorum, March 17, 2013, lot 493
6202, serial 949738, regular dial, Antiquorum, May 11, 2014, lot 270
6202, serial 949742, regular dial, Antiquorum May 9, 2021
6202, serial 949484, honeycomb dial, Phillips, November 12, 2016, lot 49