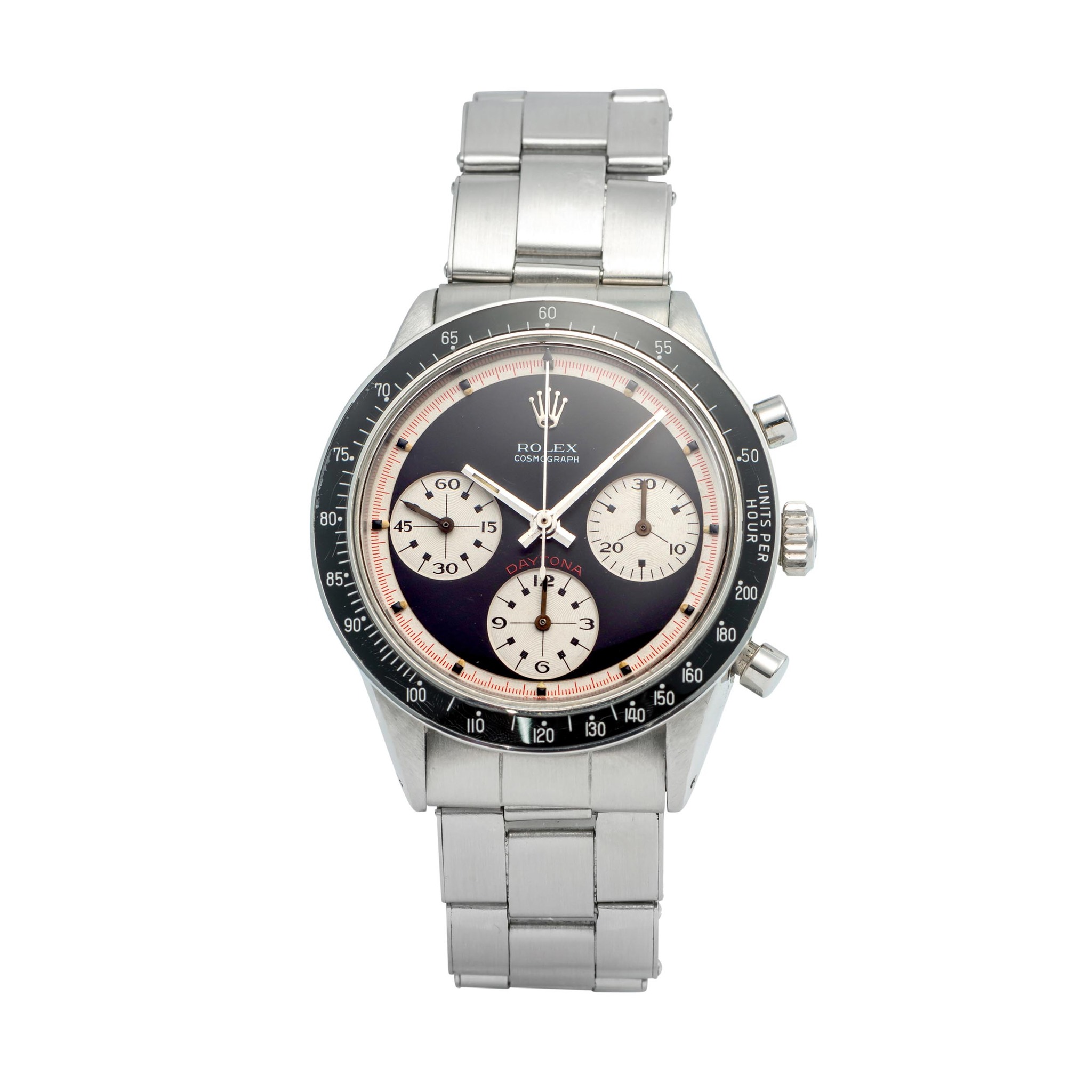 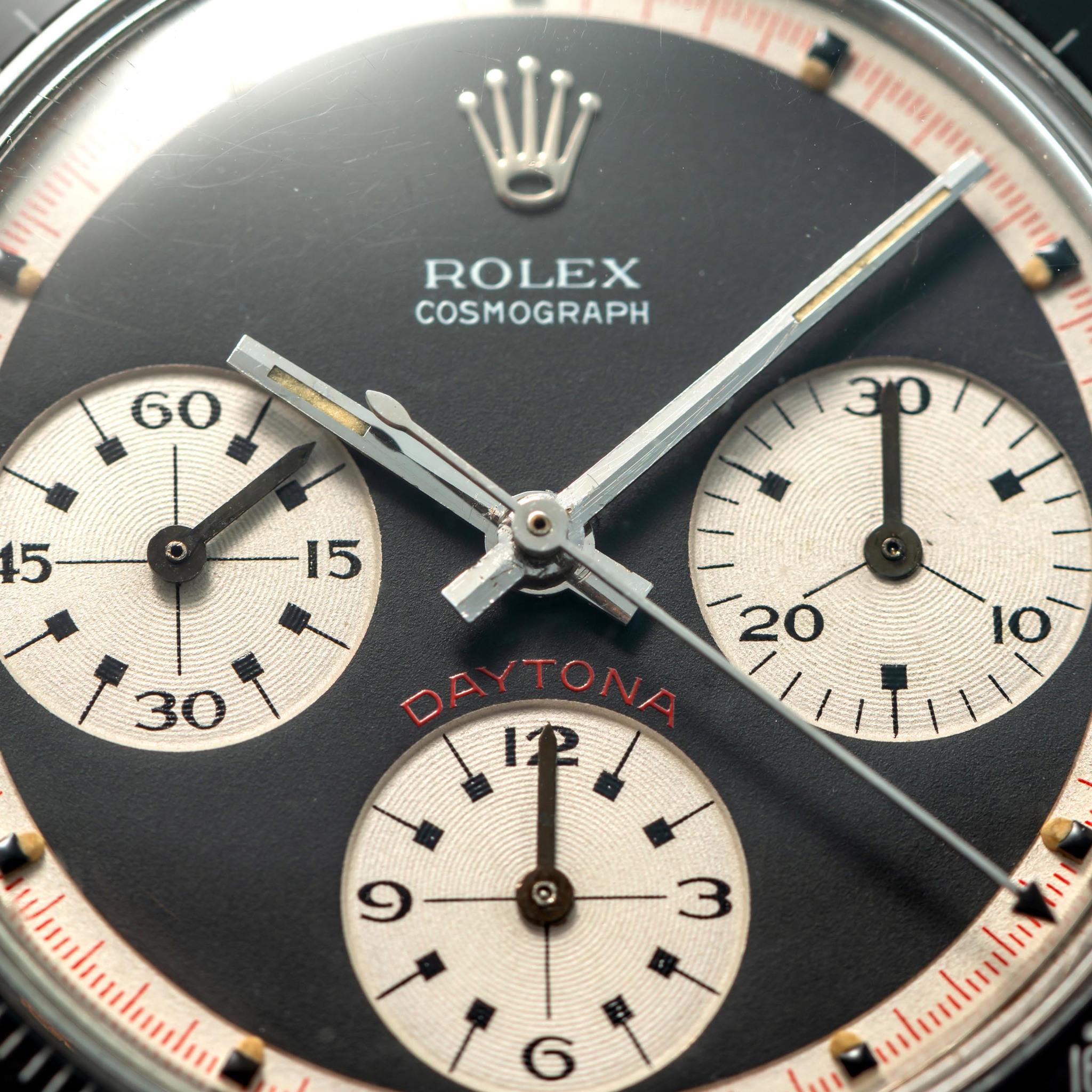 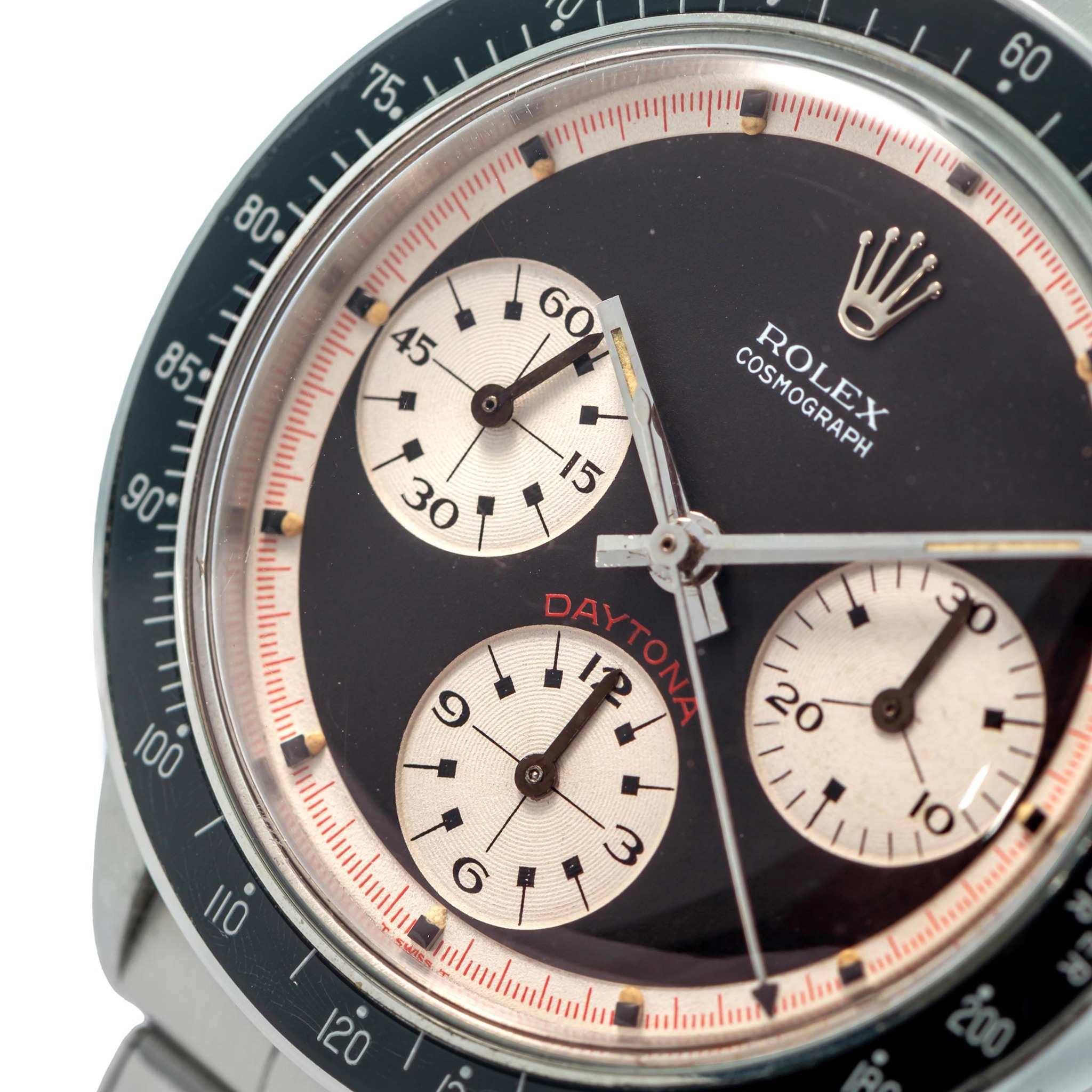 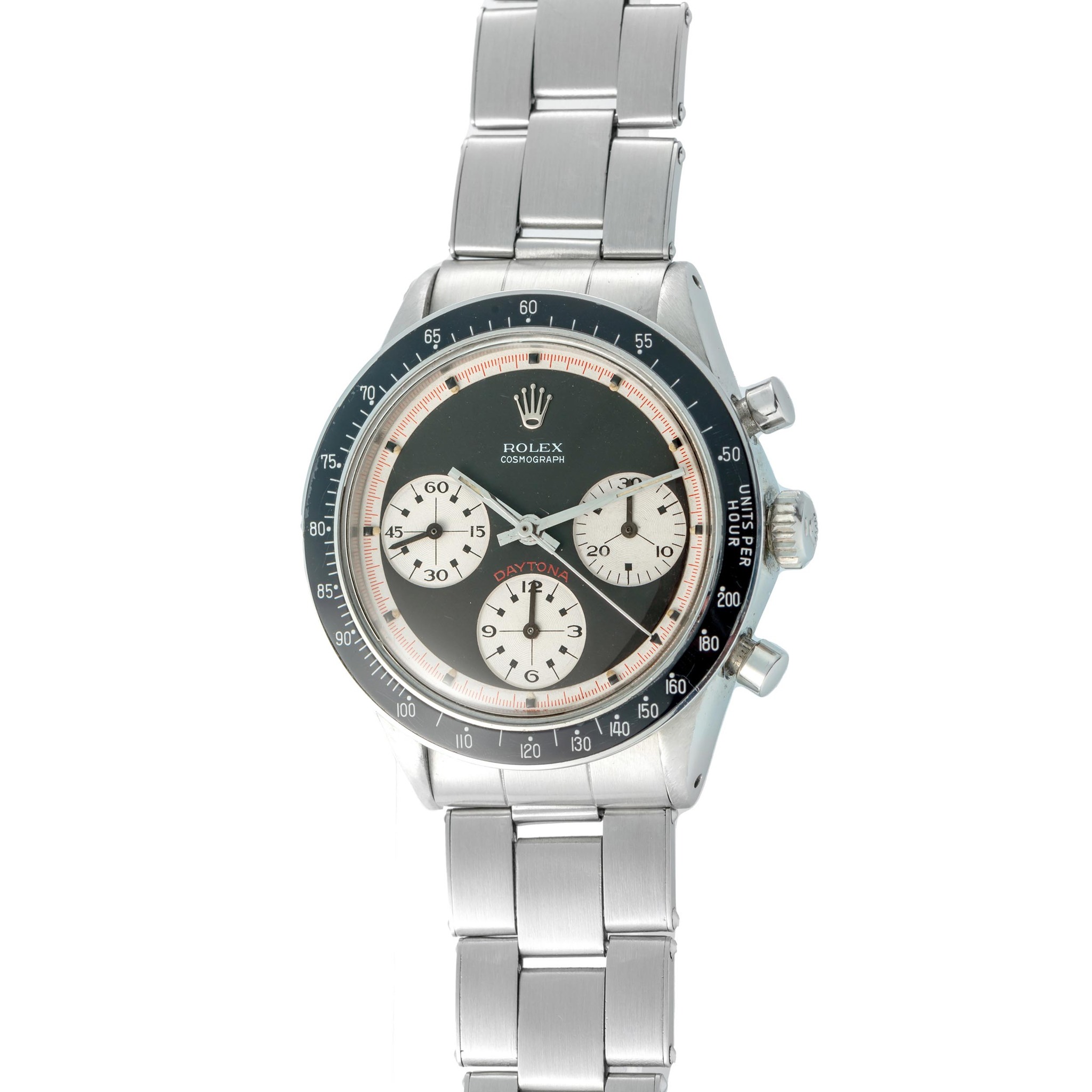 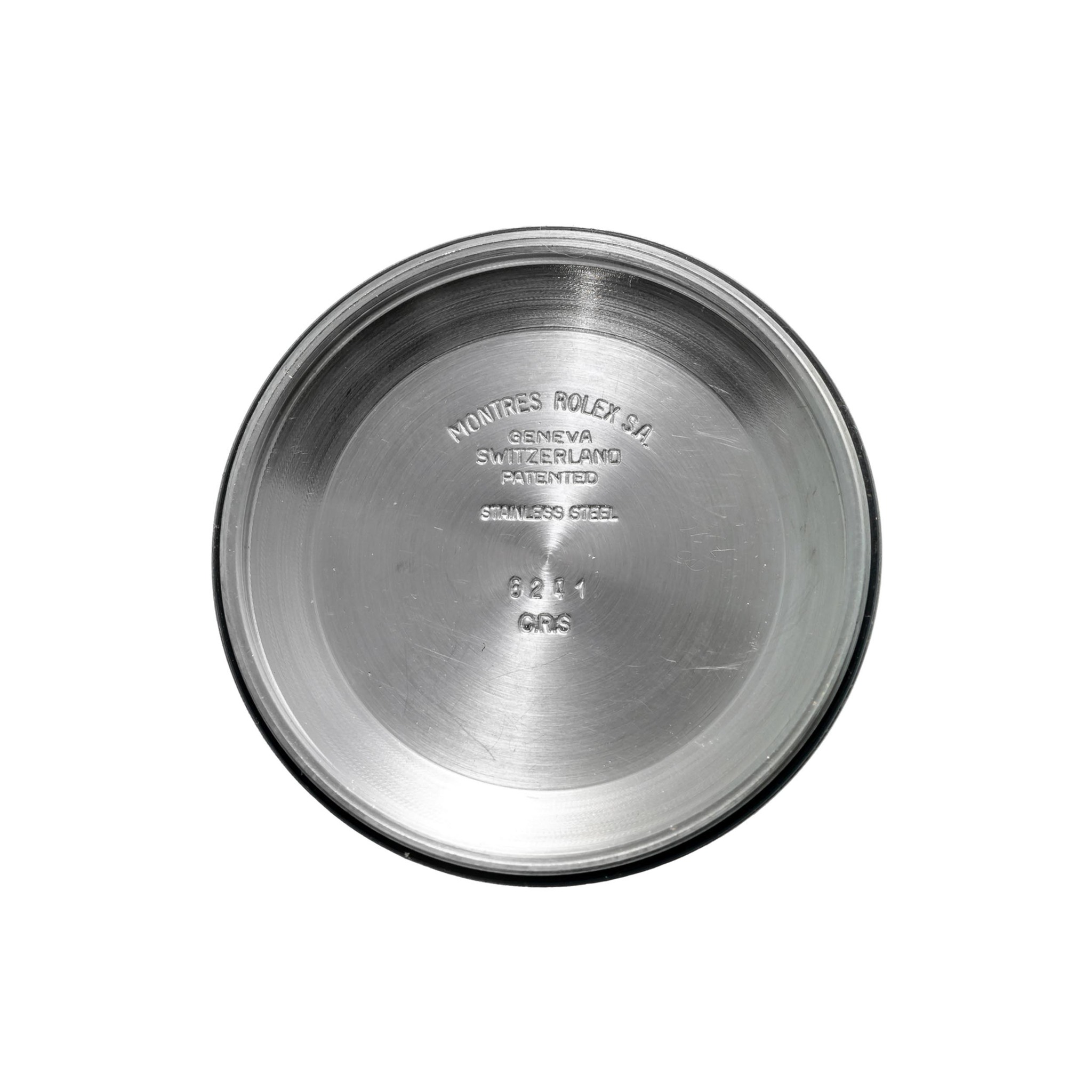 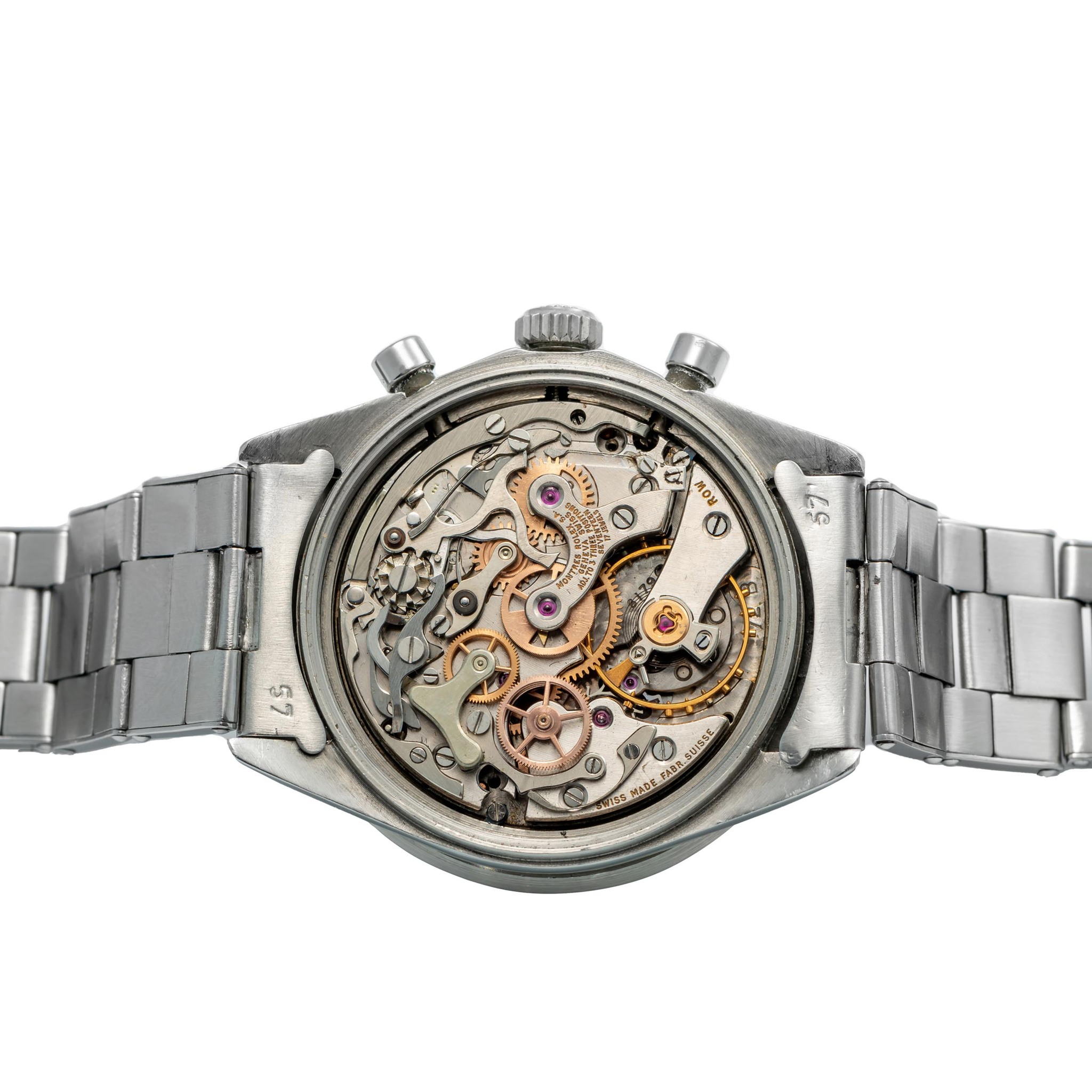 When Malcolm Campbell broke the speed record of 445 km/h on the Daytona Beach circuit in 1935, he was wearing. When the Rolex Daytona became the official watch of the Rolex 24 At Daytona, the American equivalent of the 24 hours of Le Mans, the chronograph was thus consecrated as THE watch for car racers.
It is the reason why Rolex developed an “exotic dial” offering a better visibility for racing drivers. First, because of the two-color dial, or like here the three-color dial, in black and white with a red chapter ring ; second with the indexes in the registers which are boldly square and Arabic numerals. According to the specialists, although it has never been confirmed, for every one exotic dial, roughly twenty-four Daytona dials were produced, and many of those exotic dials are no longer still in existence today. They are named “Paul Newman” after the famous eponymous Hollywood actor who use to wear a Rolex Daytona ref. 6239 with an exotic dial.
Produced between 1966 and 1969, the reference 6241 is recognizable with the smooth pushers and the beautiful black epoxy bezel graduated 50-200 units per hour. Experts agree that approximately 2’300 copies were produced in stainless steel – approximately 700 in gold – and one can be certain that only a very small number of those with “Paul Newman” three colors dials are as well preserved as this lot. To come across a reference 6241 is rare, but this example with its dial is even rarer.