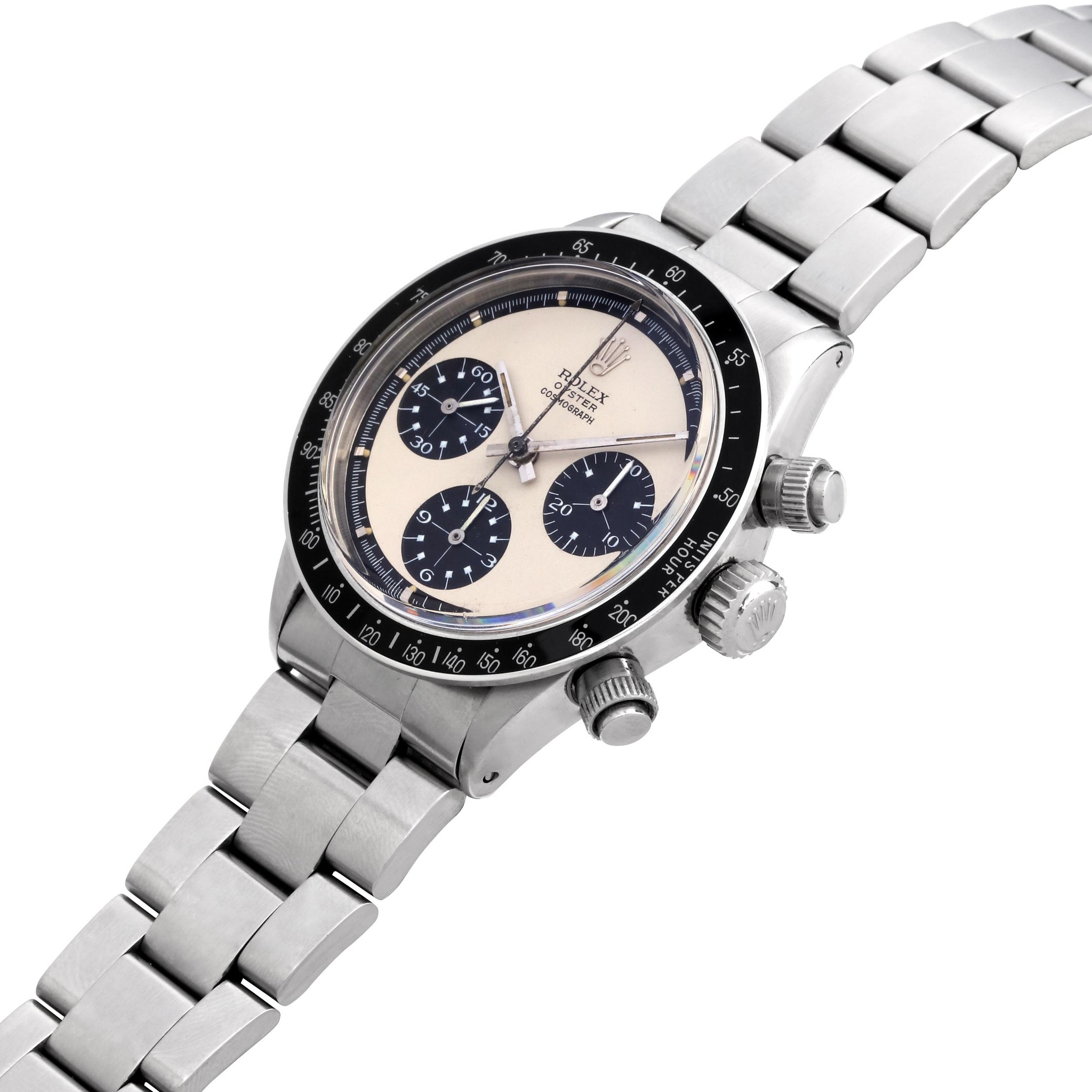 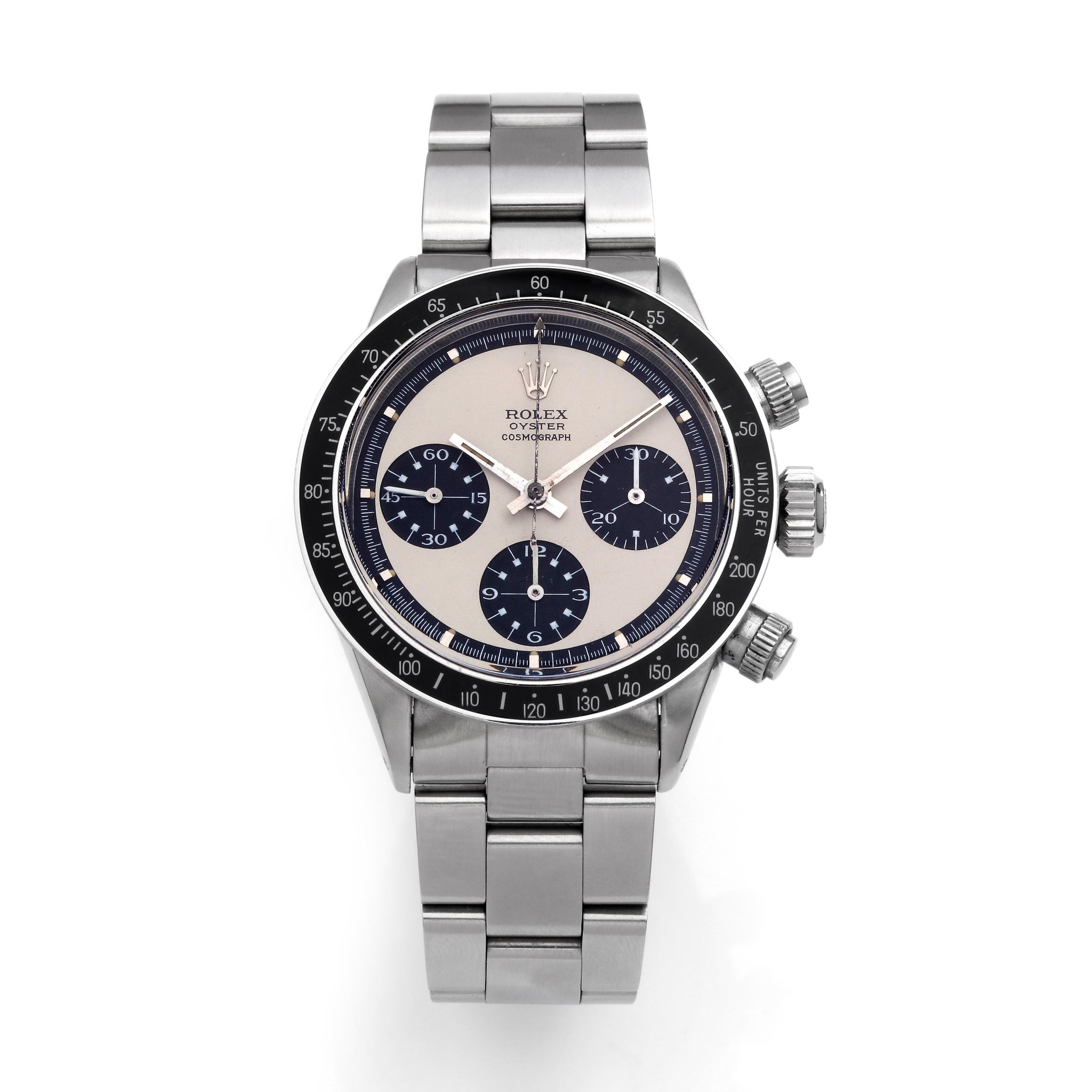 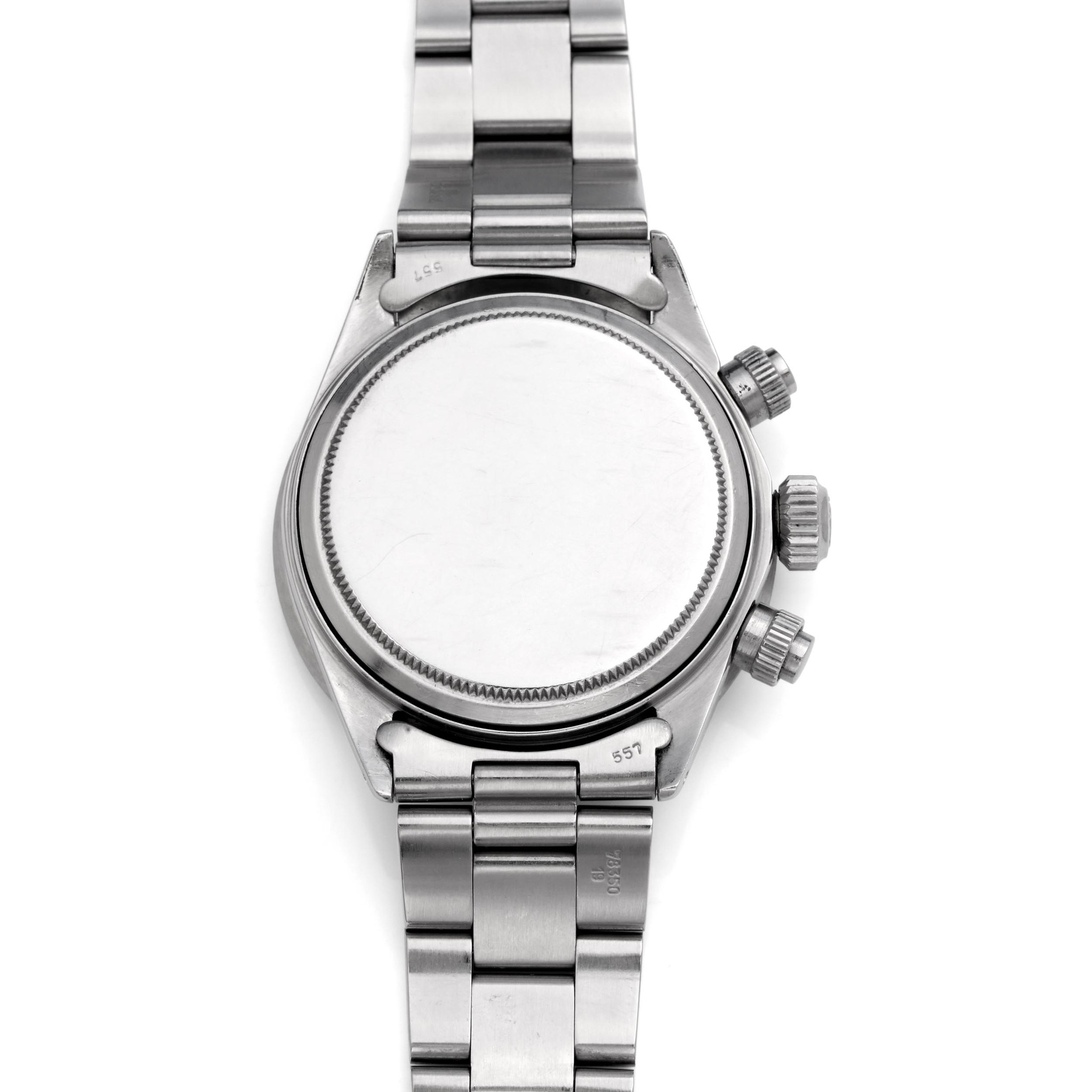 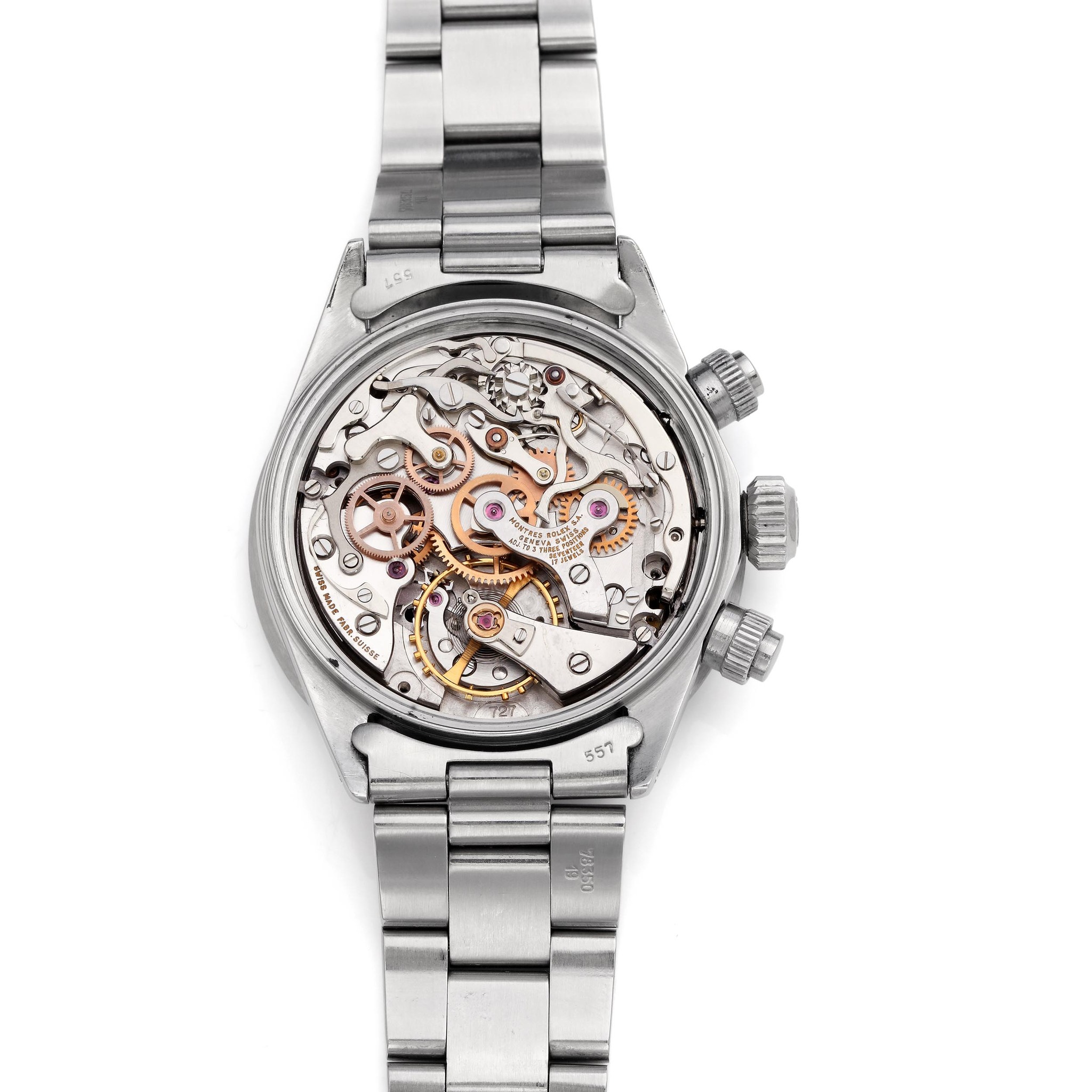 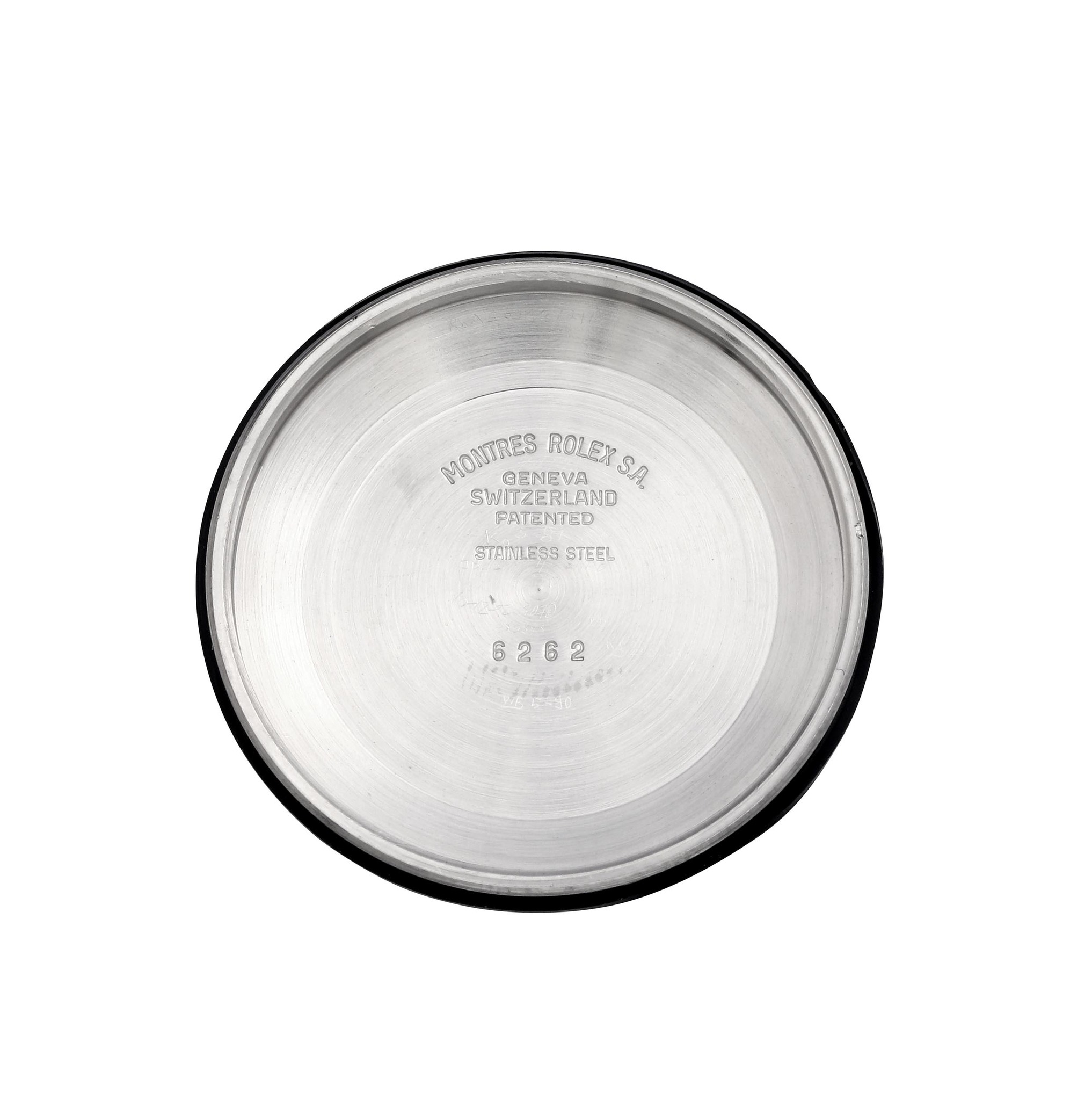 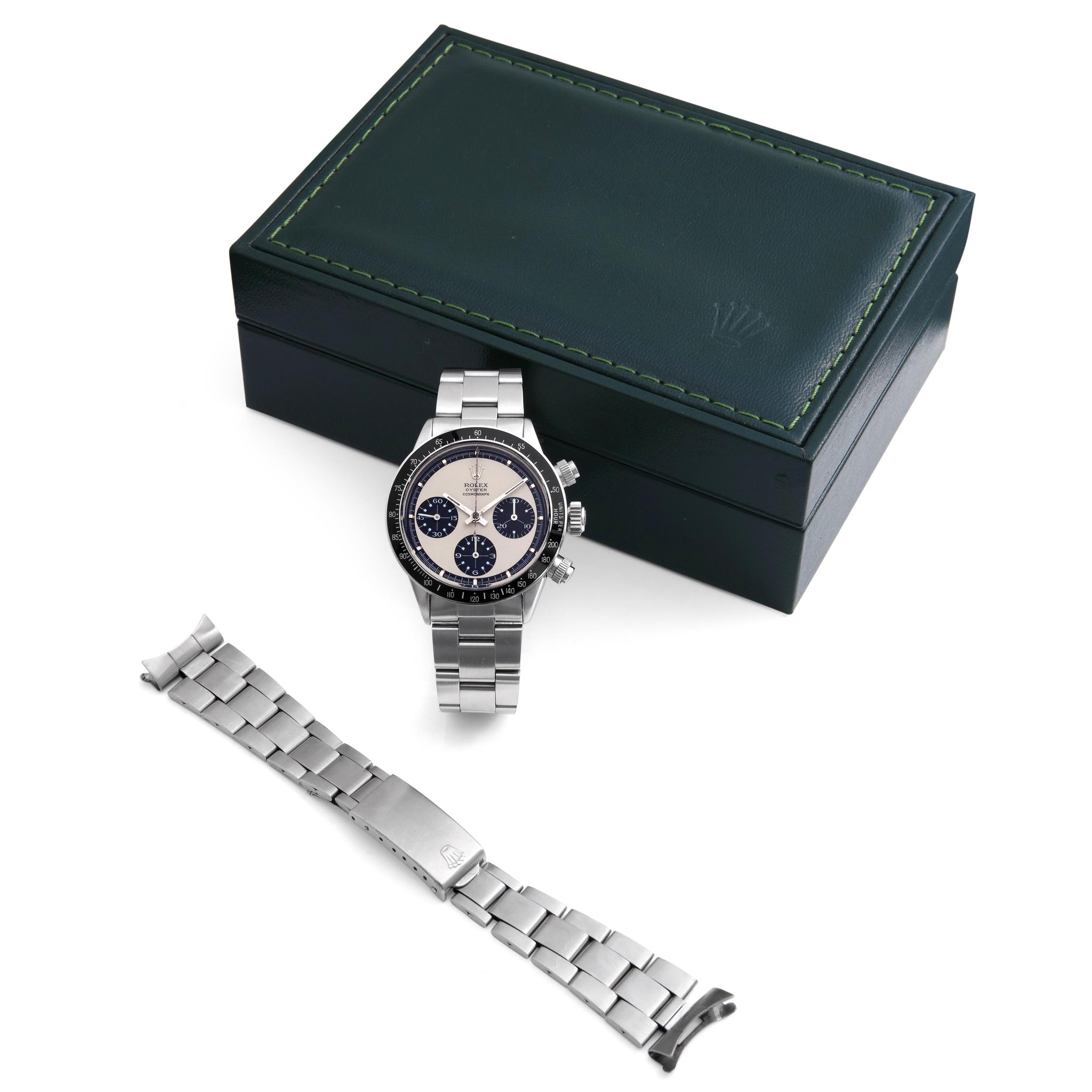 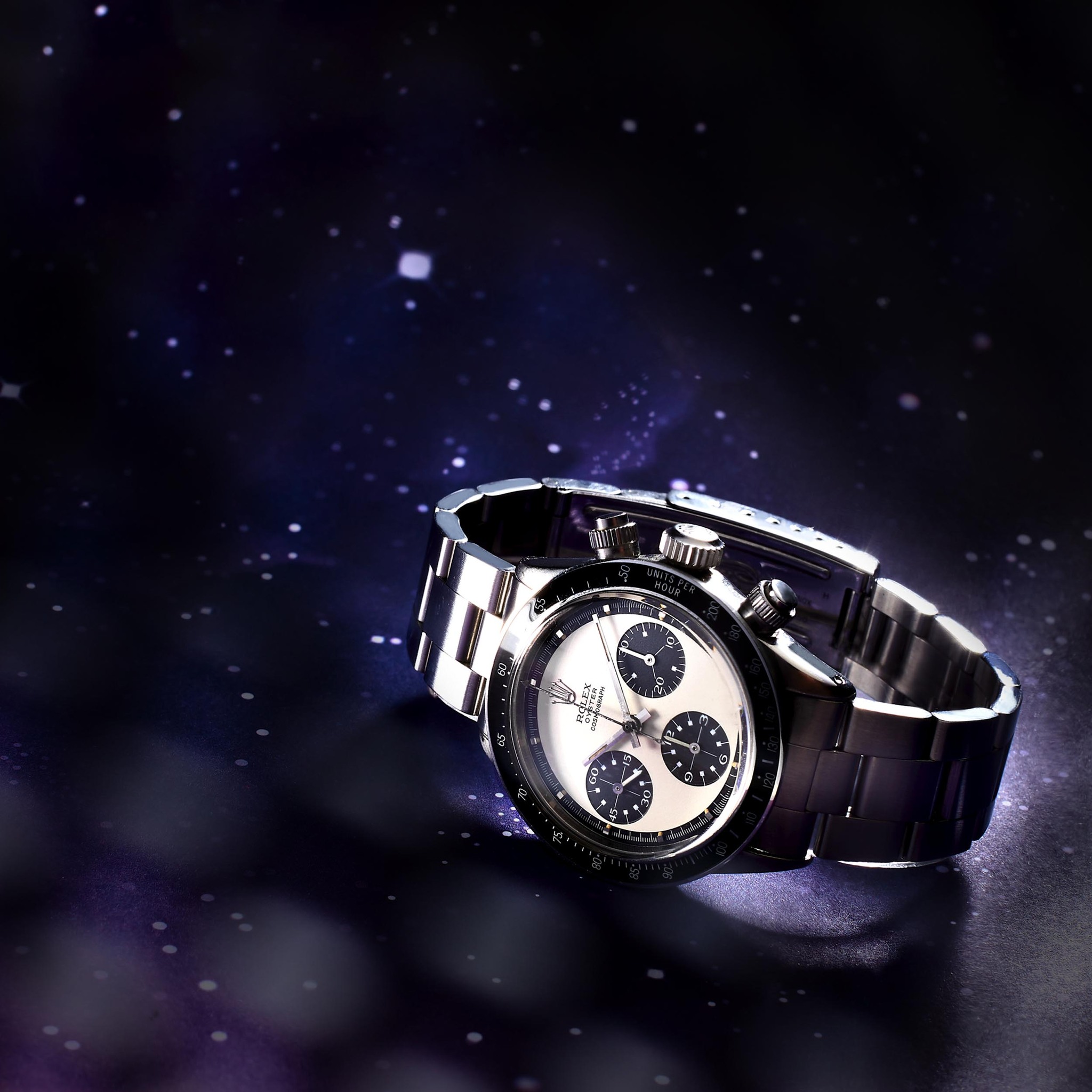 In 1963, Rolex launched the production of its emblematic chronograph, the Daytona. Produced from 1971 to 1987, the ref. 6263 is one of the most iconic vintage Rolex. It was launched to replace the previous reference 6262. It is easily recognizable by its screwed-in pusher, and the beautiful black bakelite bezel.
The Rolex Daytona with exotic dial, known as the "Paul Newman" dial, is one of the most sought-after vintage chronographs among collectors. According to the specialists, although it has never been confirmed, for every one “exotic” dial, roughly 24 “Daytona” dials were produced, and many of those “exotic” dials are no longer still in existence today. They are named “Paul Newman” after the famous eponymous Hollywood actor who use to wear a Rolex “Daytona” Ref. 6239 with an “exotic” dial. Thanks to the square hour index on the counters, combined to the colour contrast, these dials were intended to be more visible to the car racers. This is also why the Arabic numeral markers are inscribed more boldly. Collectors have nicknamed the Paul Newman Daytona "Panda", whose white and black dial is in the colors of the eponymous bear.

The present example, in an outstanding condition, with all these features, is a real Grail for any collector.