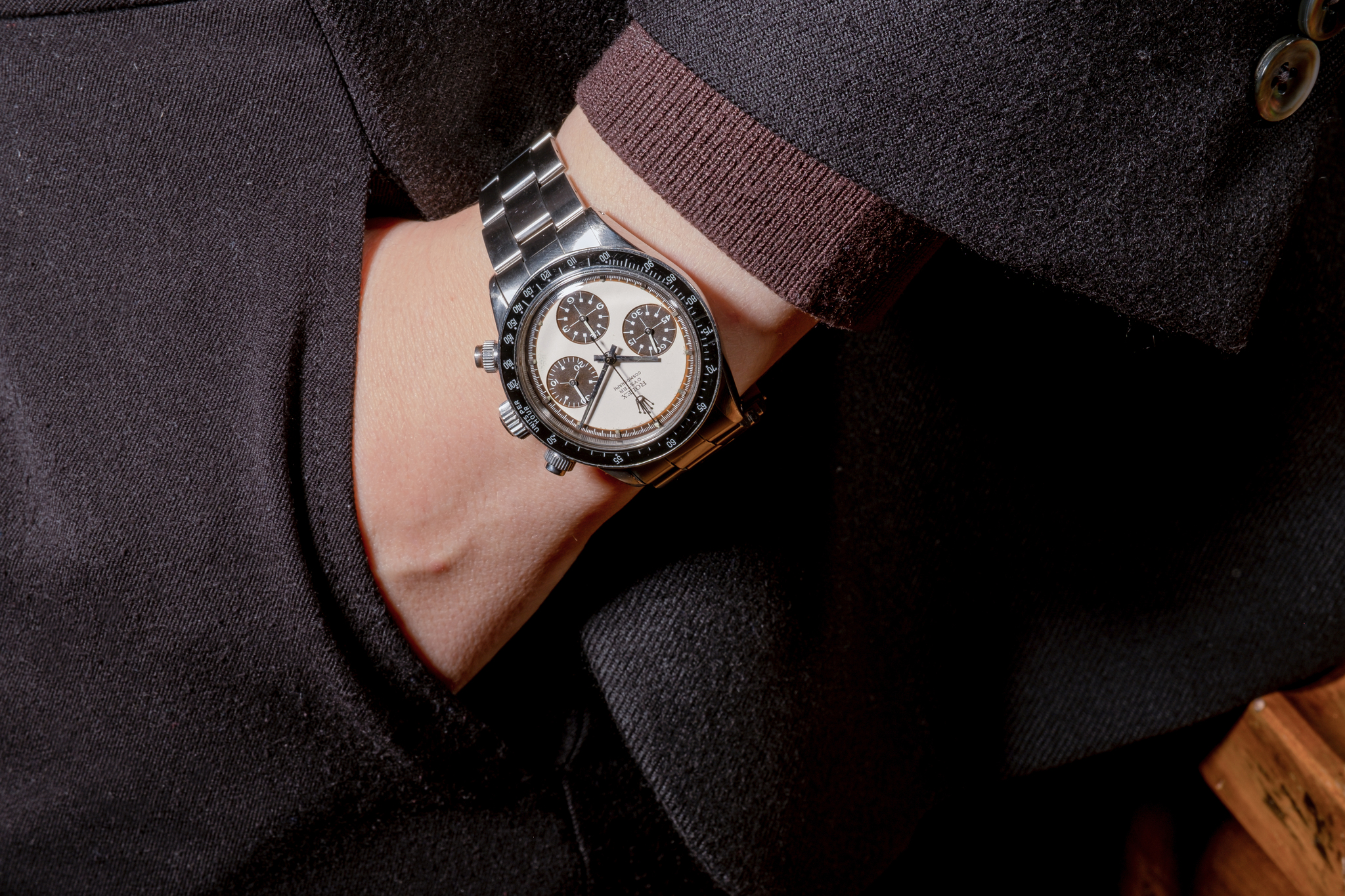 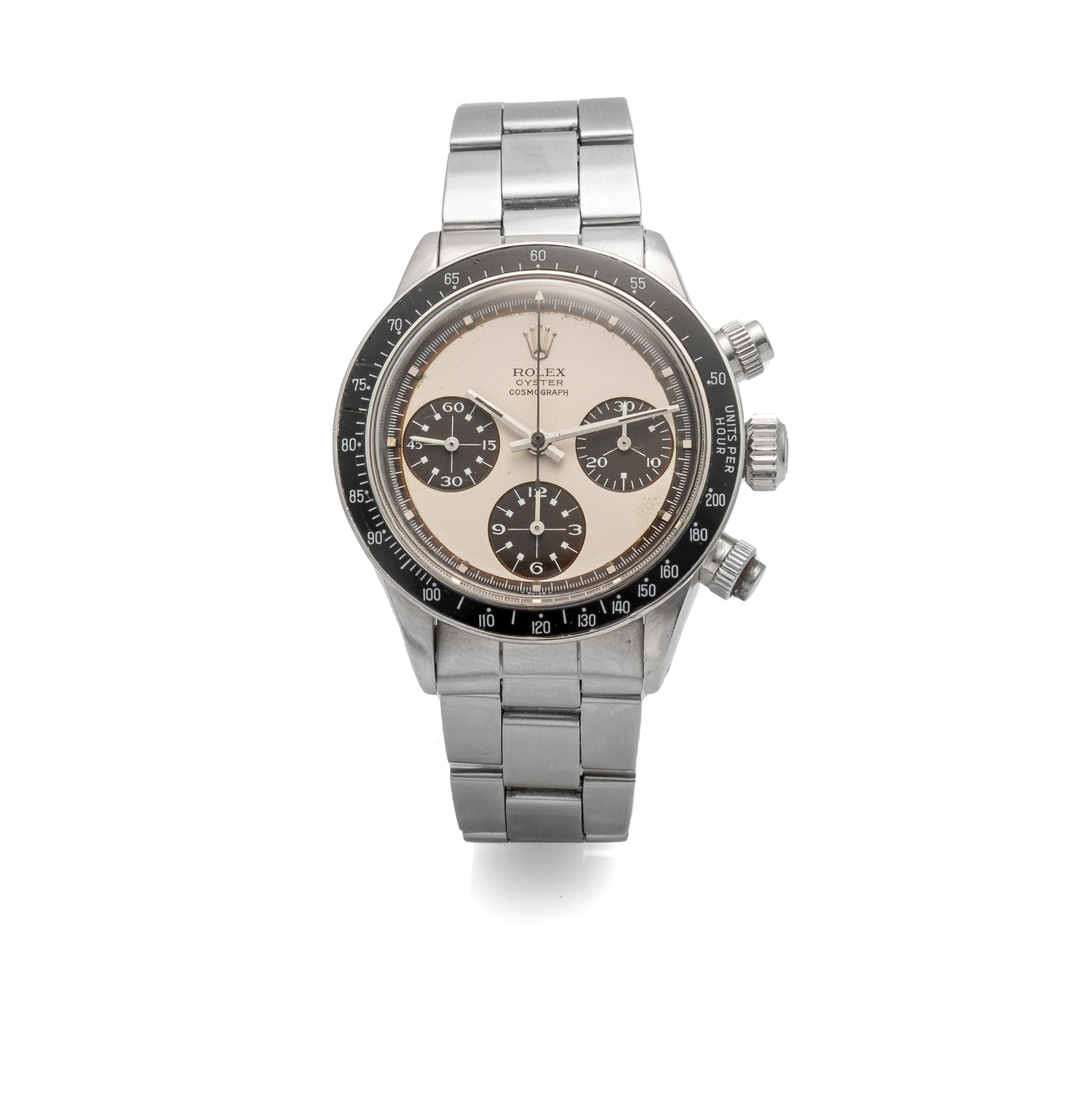 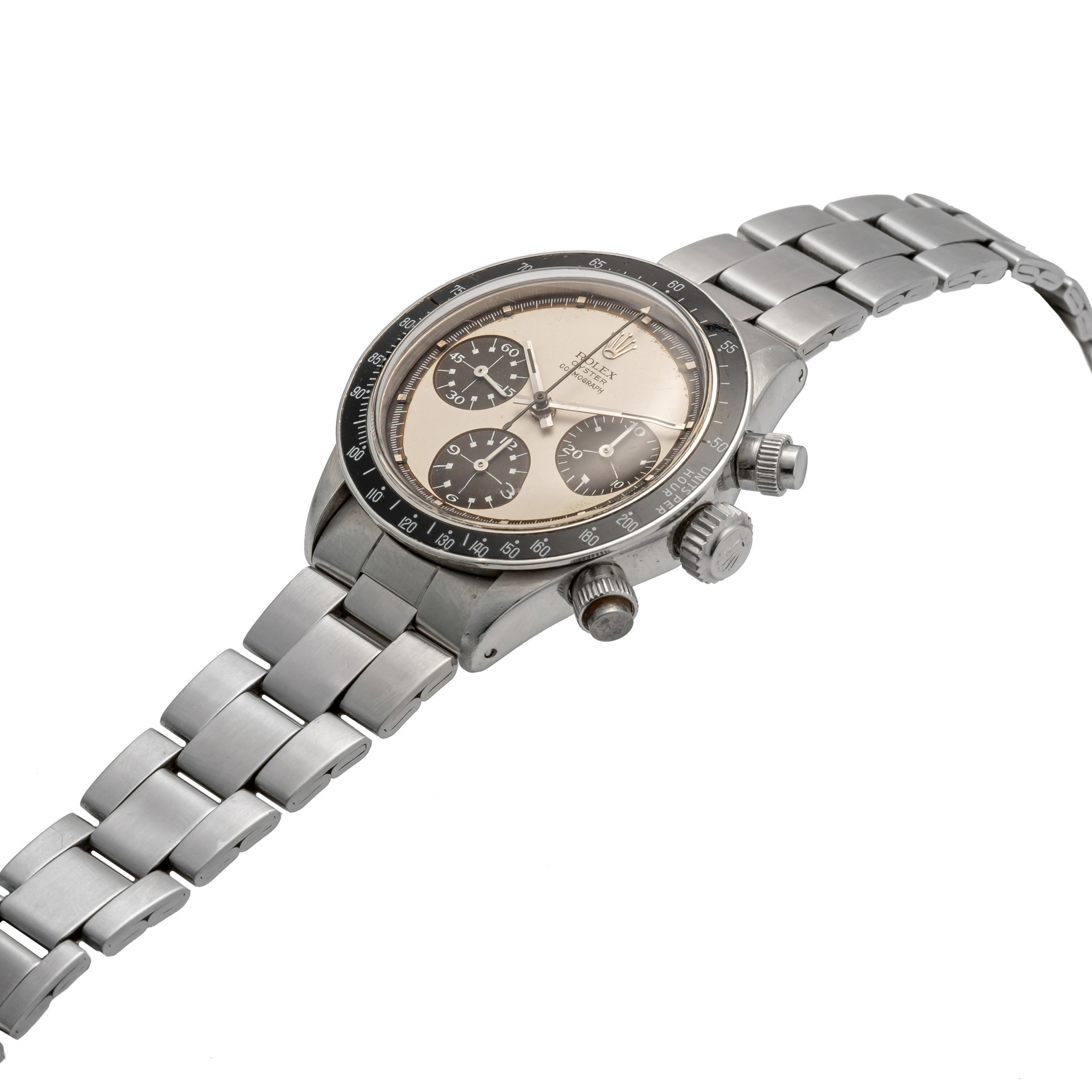 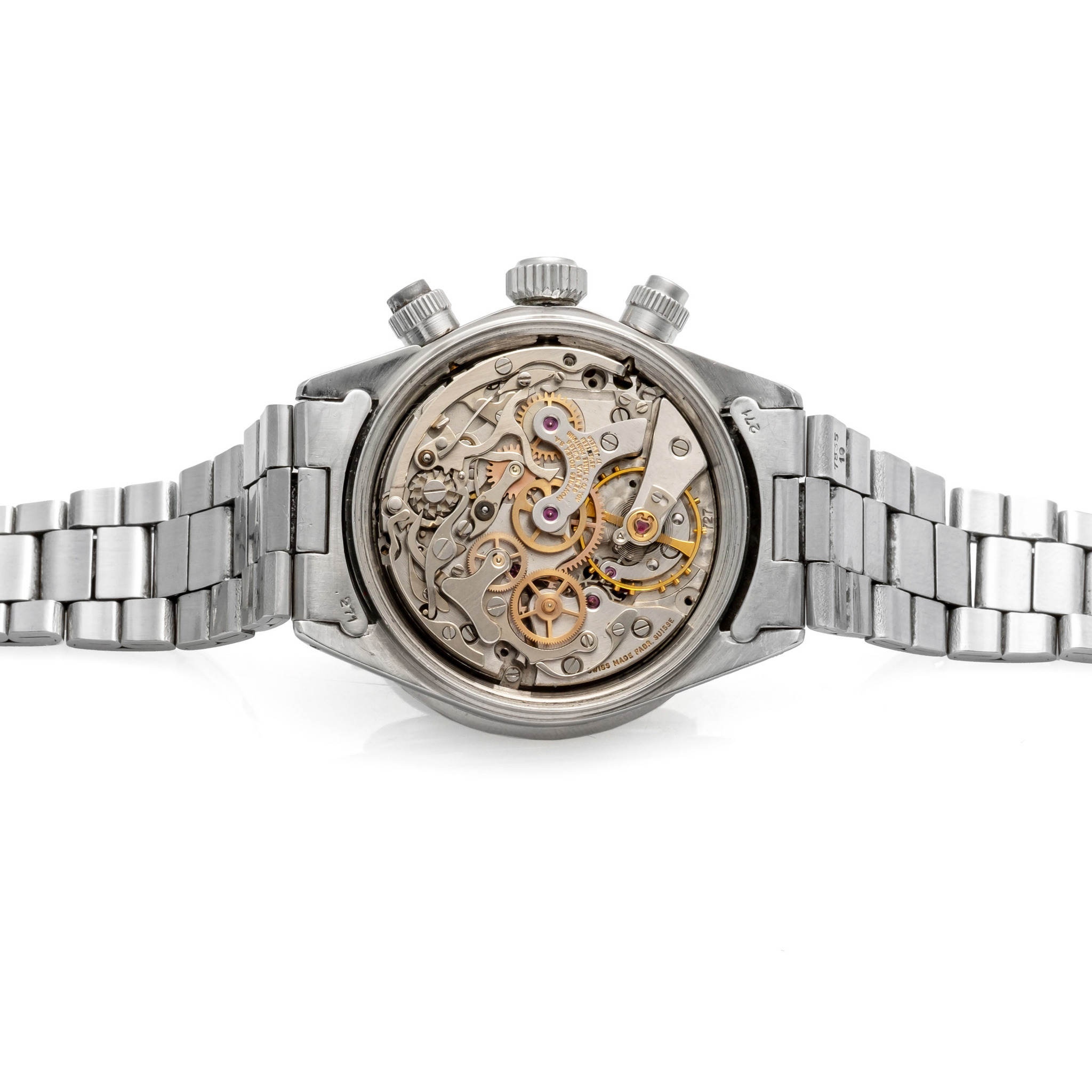 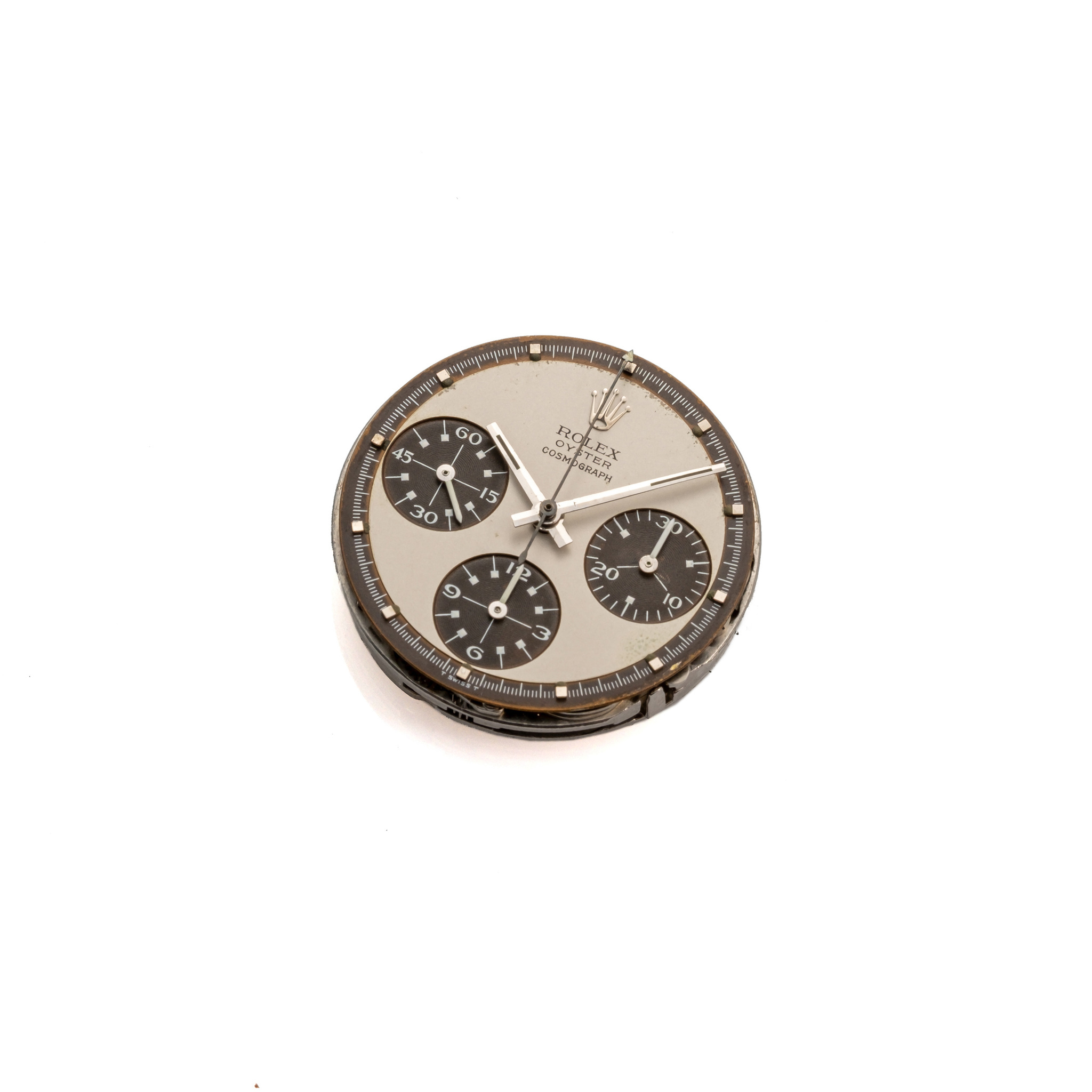 Since 1959, Rolex has been ardently involved in the automobile world, becoming the first sponsor of motor races, including the 24 Hours of Daytona. Long-lasting ties since today the race is commonly known as the « Rolex 24 at Daytona ». After much research to optimise its chronographs, in 1963 Rolex launched its emblematic chronograph, the Cosmograph Daytona, tribute to the famous race on the eponymous beach in Florida.

In 1969, the reference 6263 appeared. The Rolex Daytona with its exotic dial, known as the «Paul Newman» dial, is one of the most prized vintage chronographs by collectors. It takes its name after the famous eponymous Hollywood actor who was also passionate about car racing. The indexes on the registers had to be more visible to the car racers, which is why the indexes in the registers are boldly square and Arabic numerals. The Phillips auction sale, in New York, in October 2017, definitively crowned the Paul Newman model, which, in this case, bore the words «Drive carefully me» engraved on the case-back, with a record auction of USD 17.7 million.

Collectors nicknamed the Paul Newman Daytona «Panda» because of the black and white dial in the colours of the eponymous bear. Here, it is a very gorgeous example of the Mk2 dial, whose track, due to time, have a beautiful tropical patina. It is interesting to note that the reference 6263 is inscribed on the case, whereas the reference 6262 is engraved on the case back which was usual at the time. Together with the reference 6264, the reference 6262 was the last Rolex chronograph watch featuring the simple round push-down buttons. References 6263 and 6265, instead, adopted again screw-down push buttons, but the ref. 6263 with a black plastic bezel. Produced from 1971 to 1987, the ref. 6263, thanks to the use of the screw-down push buttons and a larger winding crown, saw waterproofness improved from 50 to 100 metres. In an exceptional state of conservation with all these features, this piece is a real Grail for any collector.