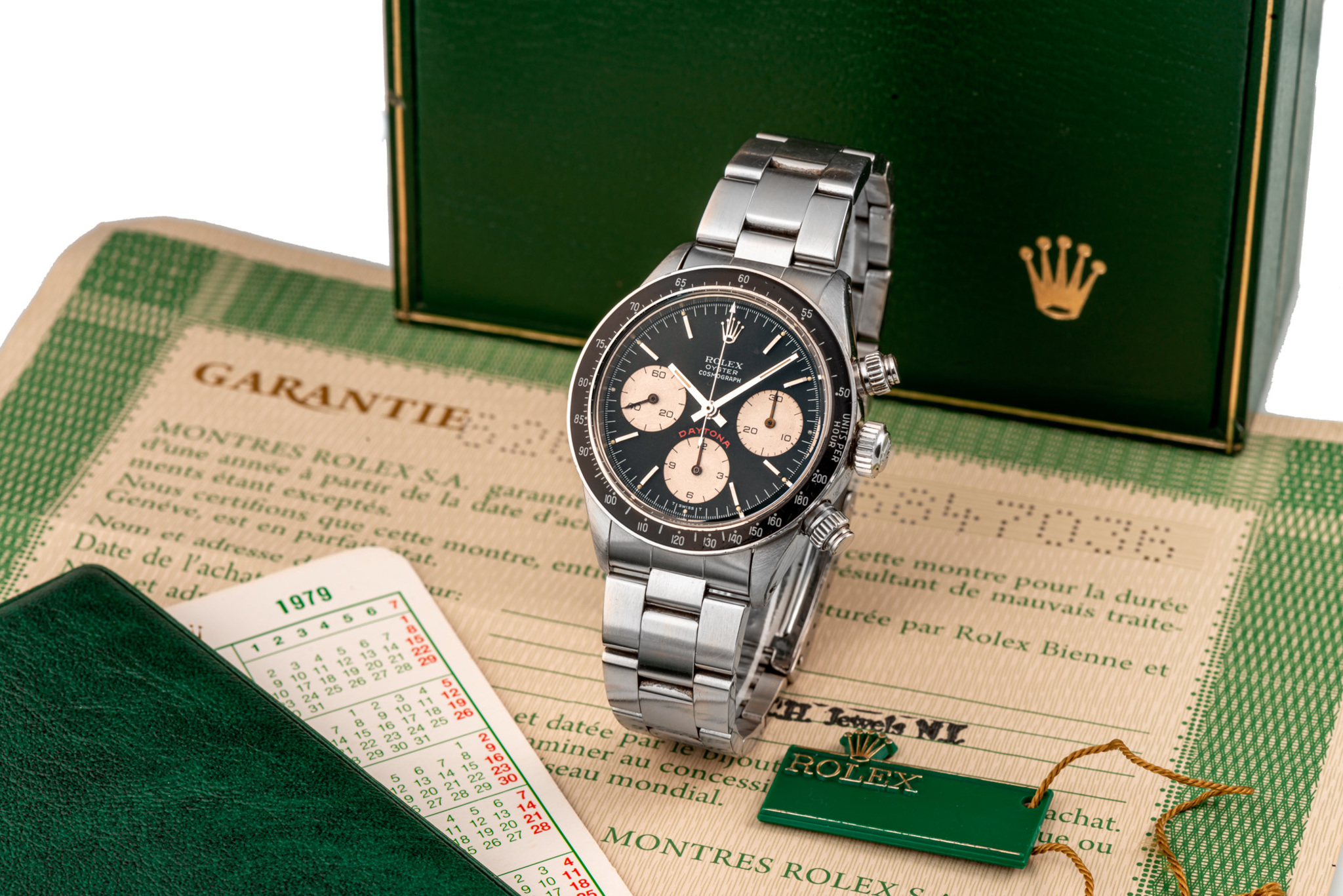 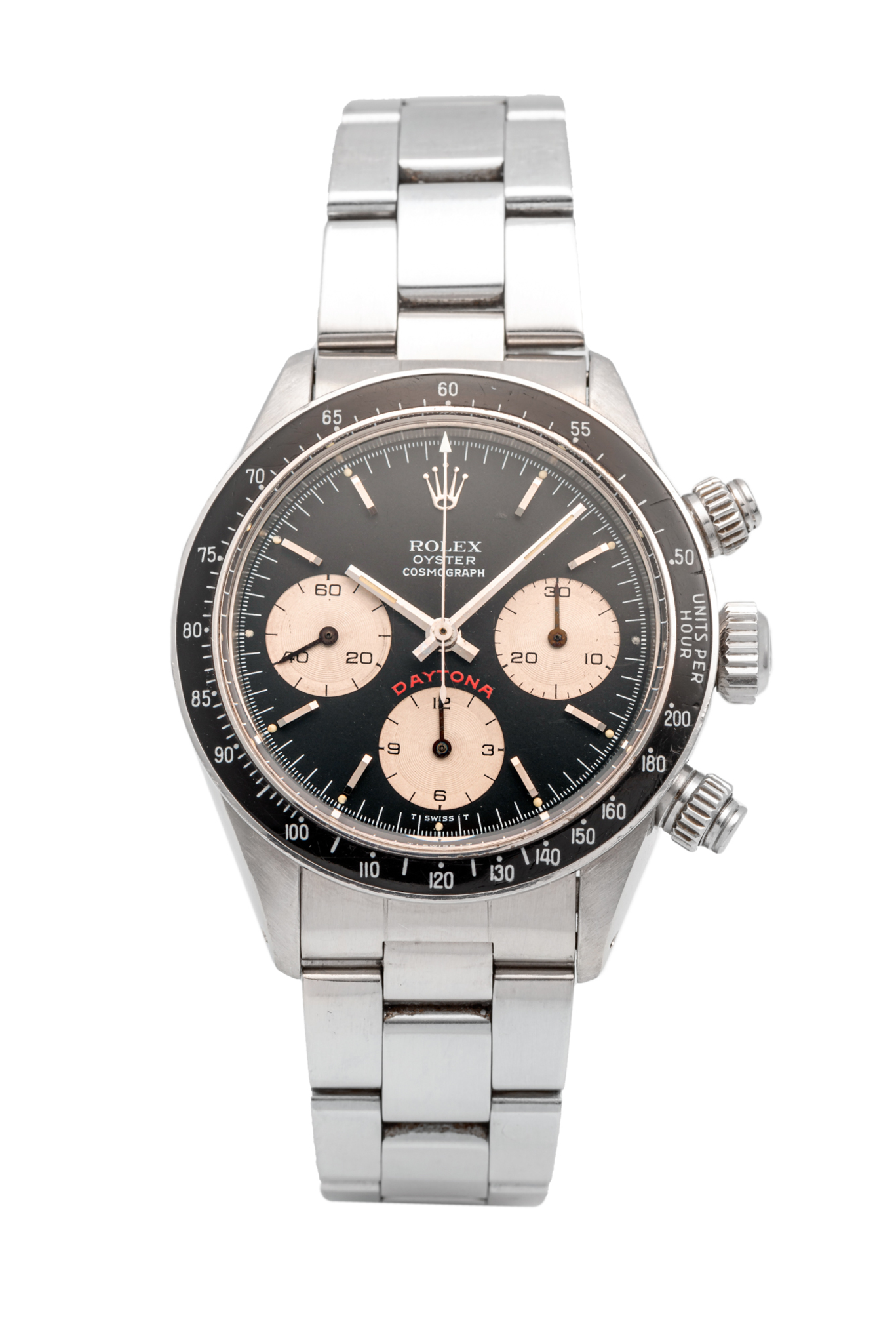 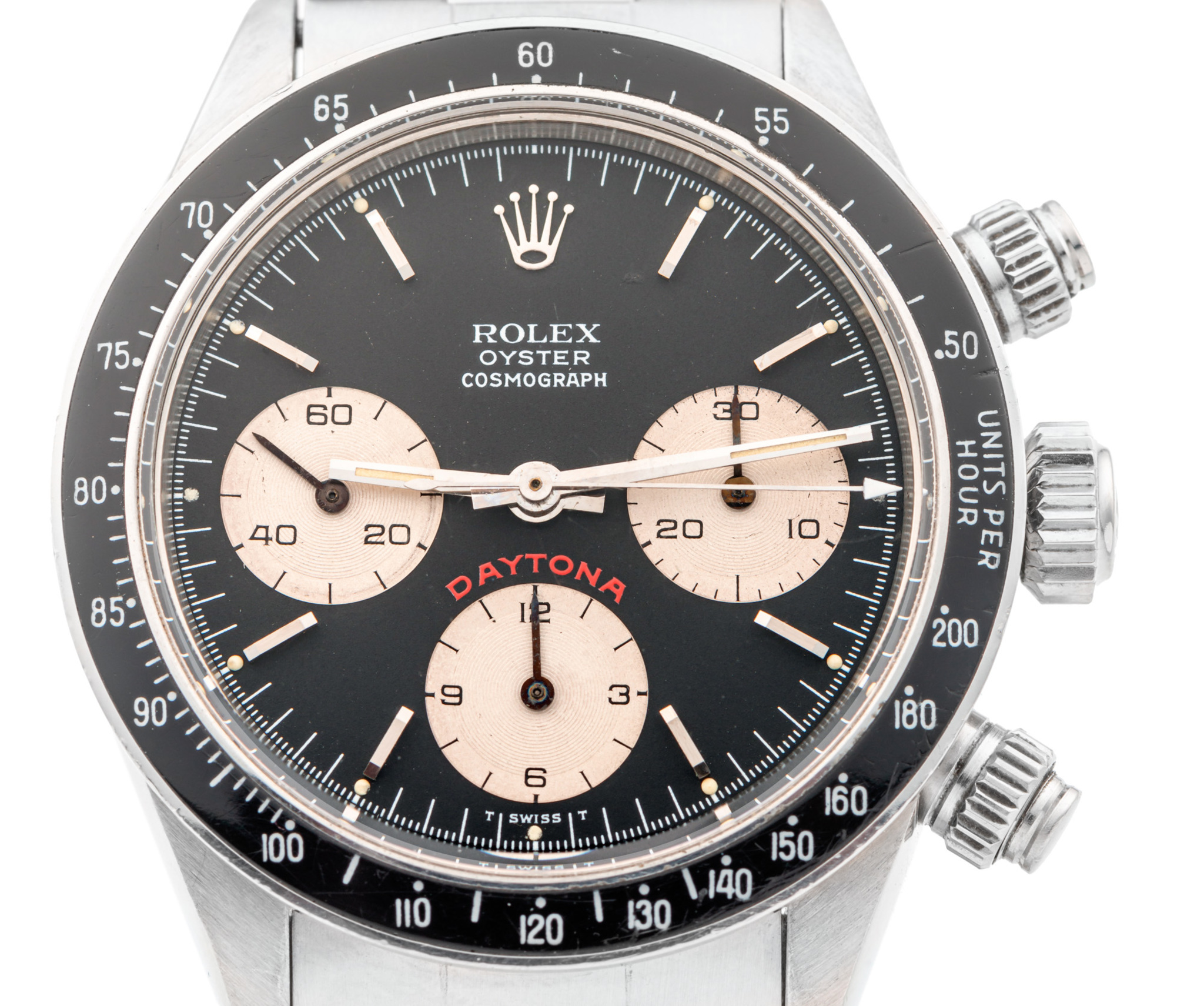 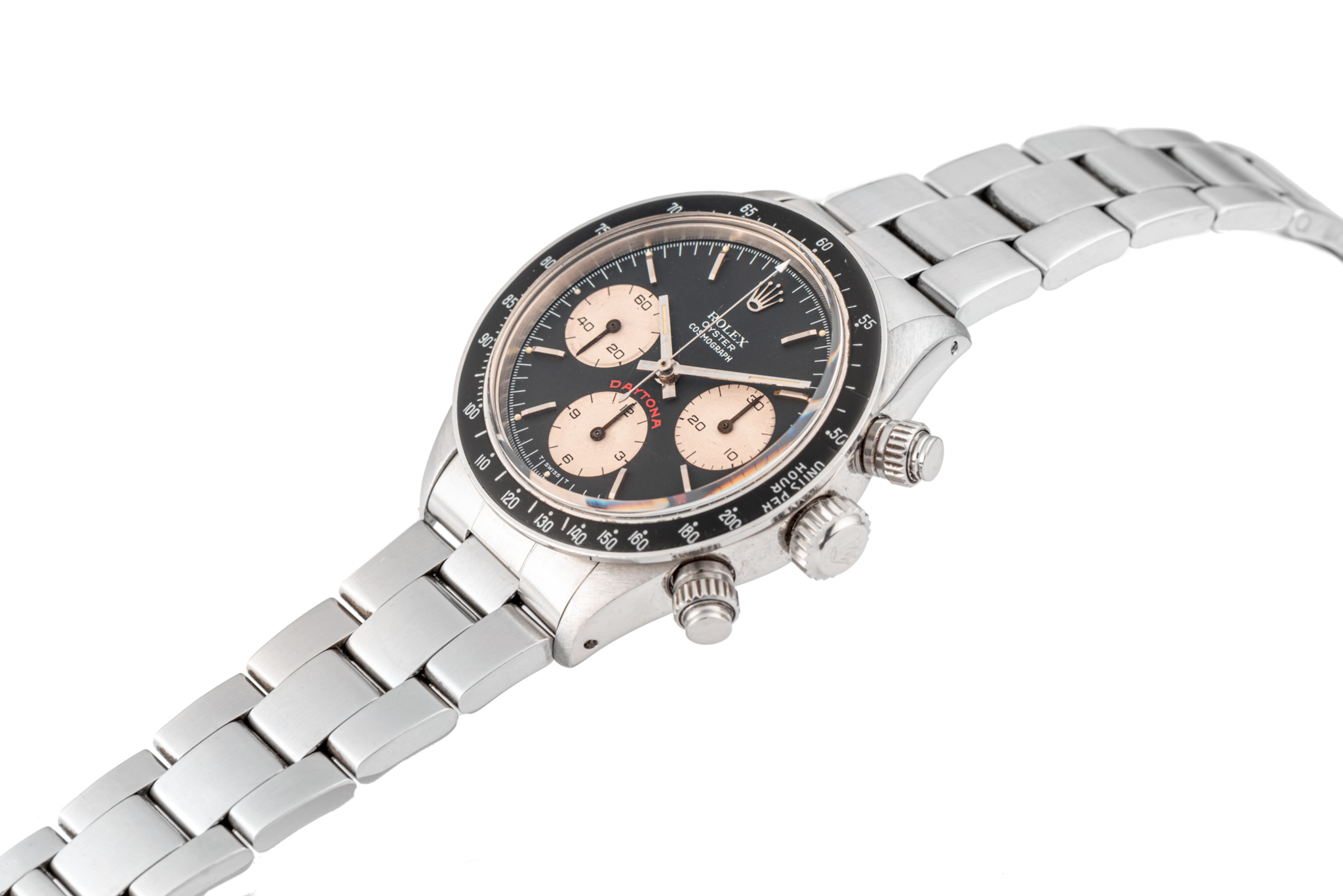 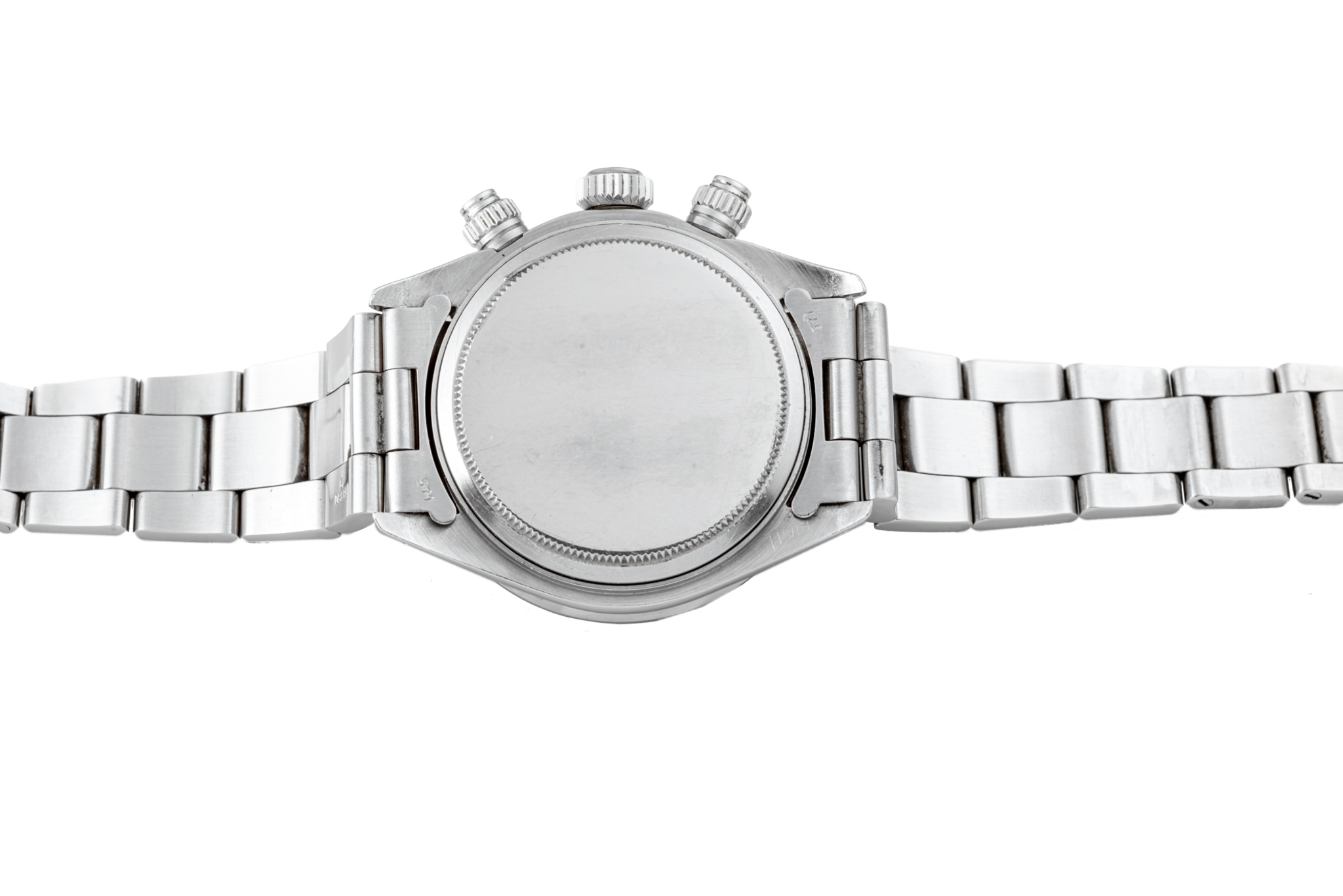 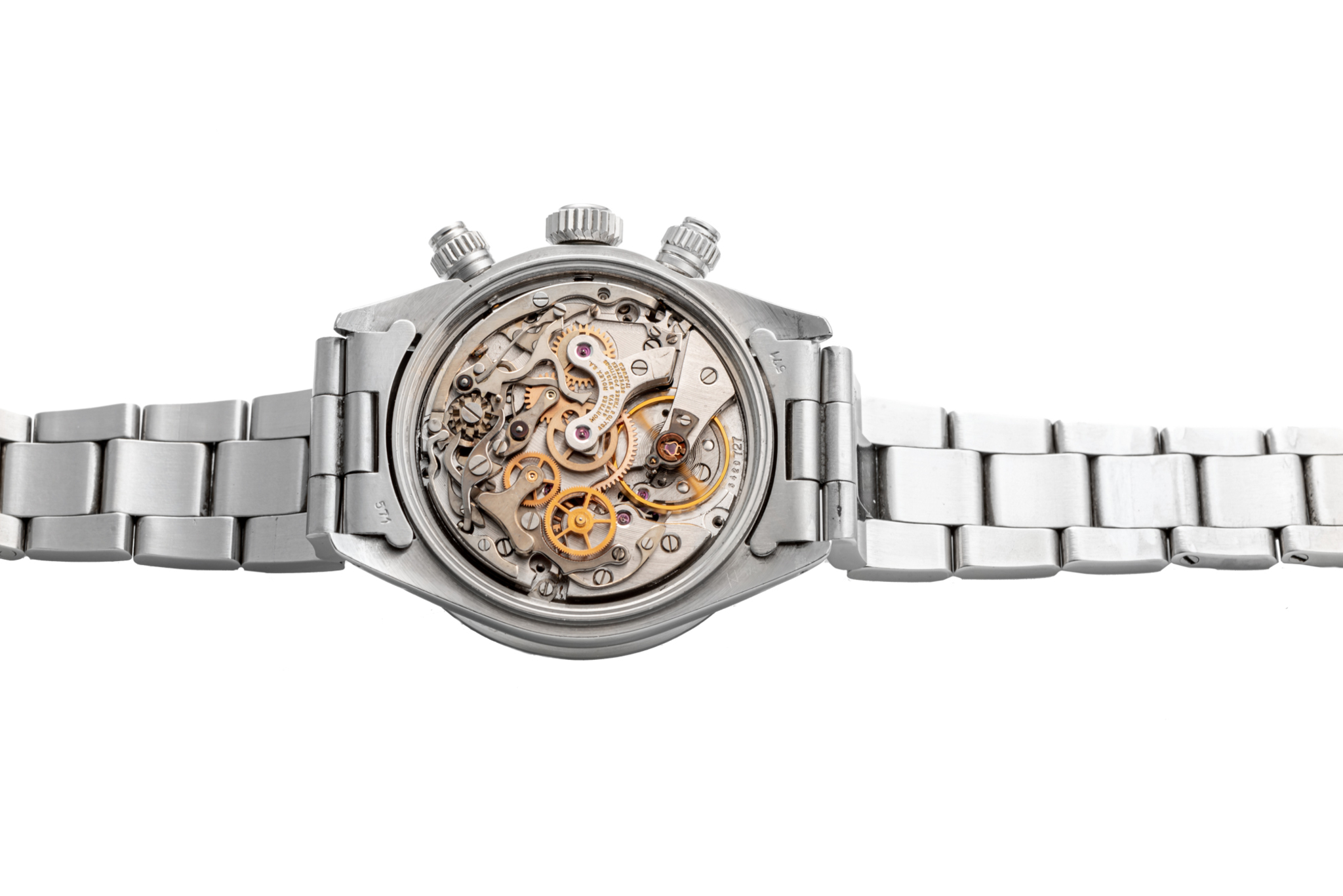 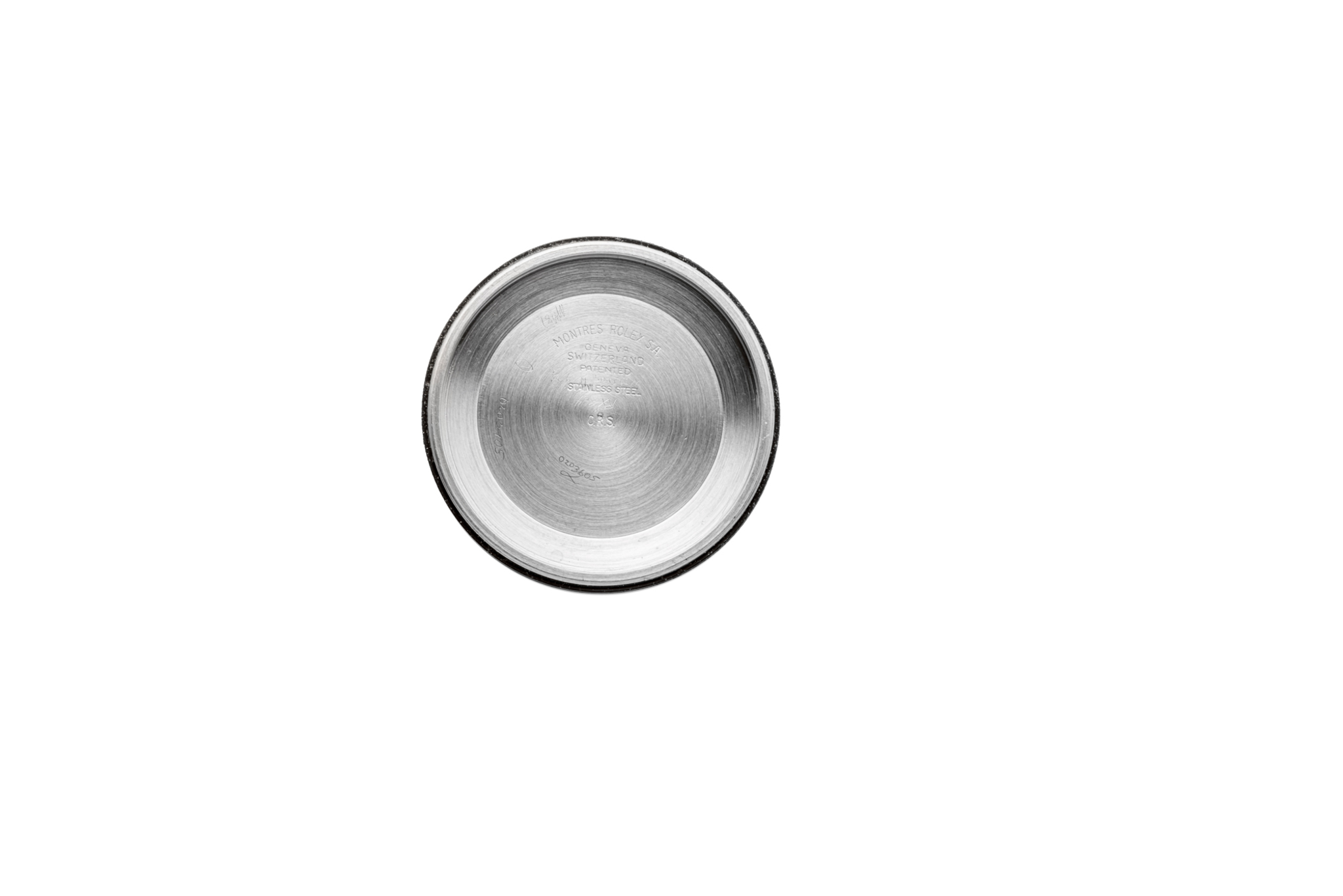 Caseback CRS
References 6265 and 6263 are launched at the end of the 1970s, in order to replace the previous references, such as 6262 and 6264. The screw pushers on the case brought an essential improvement : the waterproofness at 50m. Reference 6263 is produced from the early 1970s to 1988. It is one of the most iconic of the Daytonas, identifiable by its beautiful black epoxy bezel with tachymeter scale - and not steel like the reference 6265 - and its very beautiful screw pushers.
What makes this watch such a beautiful collectible item is its "BIG RED" dial, which appeared in the mid-1970s: the "Daytona" signature at 6 o'clock is a bright red and slightly larger.
This is the last, but nevertheless very attractive, evolution of the Daytona with a manual-winding movement, in this case a 727 caliber. Exceptionally, it still has its original case and papers.
1969 is a decisive date for the history of Rolex since the same year the film Winning was released, in which the famous Hollywood actor, Paul Newman (1925-2008), played Frank Capua, a young pilot of the Indianapolis 500 miles, wearing a Daytona 6239 with an exotic dial on his wrist. Following this film, the actor decided to pursue a parallel career as a racing driver. Hence the legend was born and the exotic dials, made by Singer, were nicknamed by collectors "Paul Newman dial". Here, it is the same model as the one immortalised by the famous Hollywood actor: a steel reference 6239, with tachymeter scale inscribed on the bezel, exotic white dial, black registers, red scale and signature. What makes it all the more exceptional is the fact that there is no tritium on the index marks. Probably intended for the Japanese market, it is therefore an extremely rare collector's item that we are presenting.