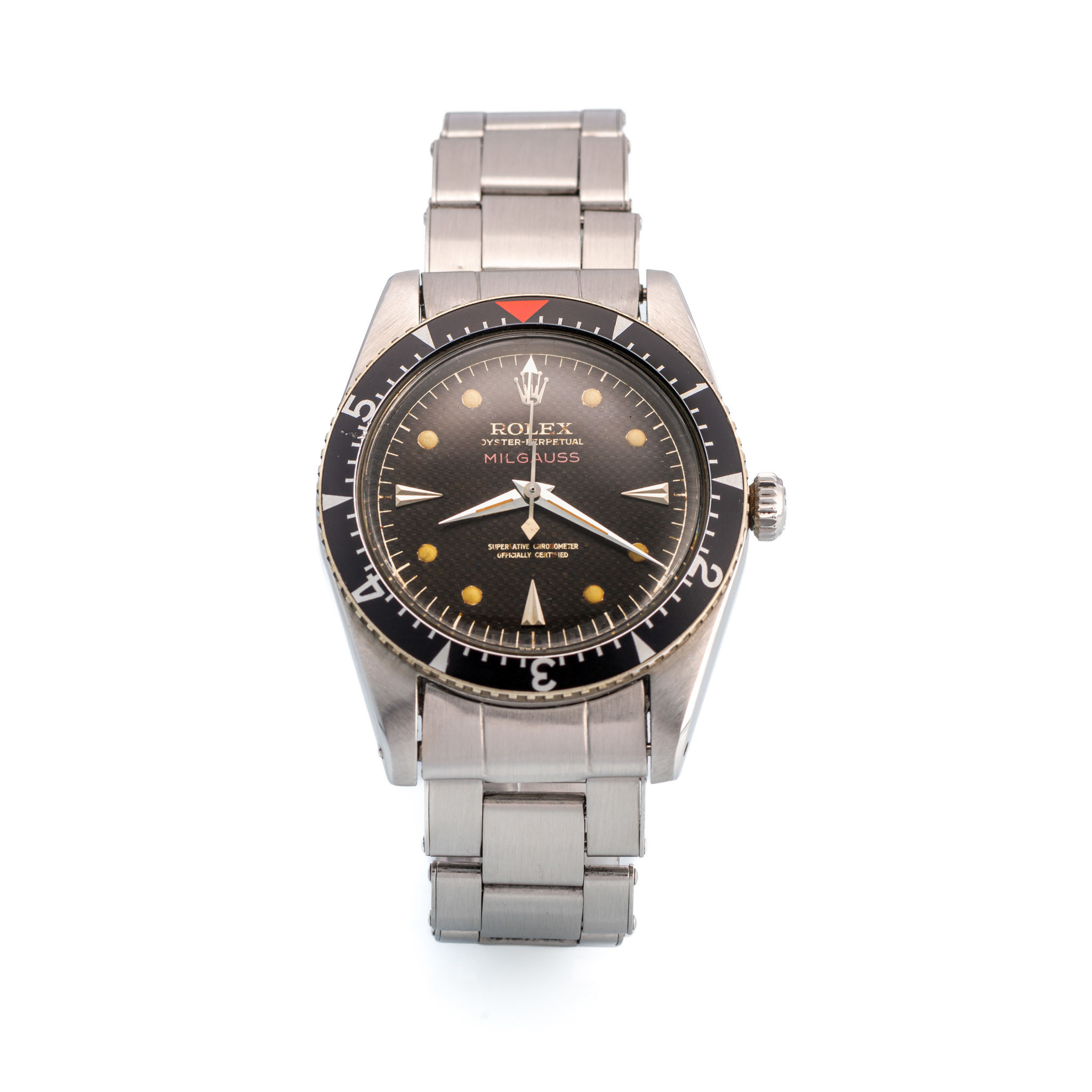 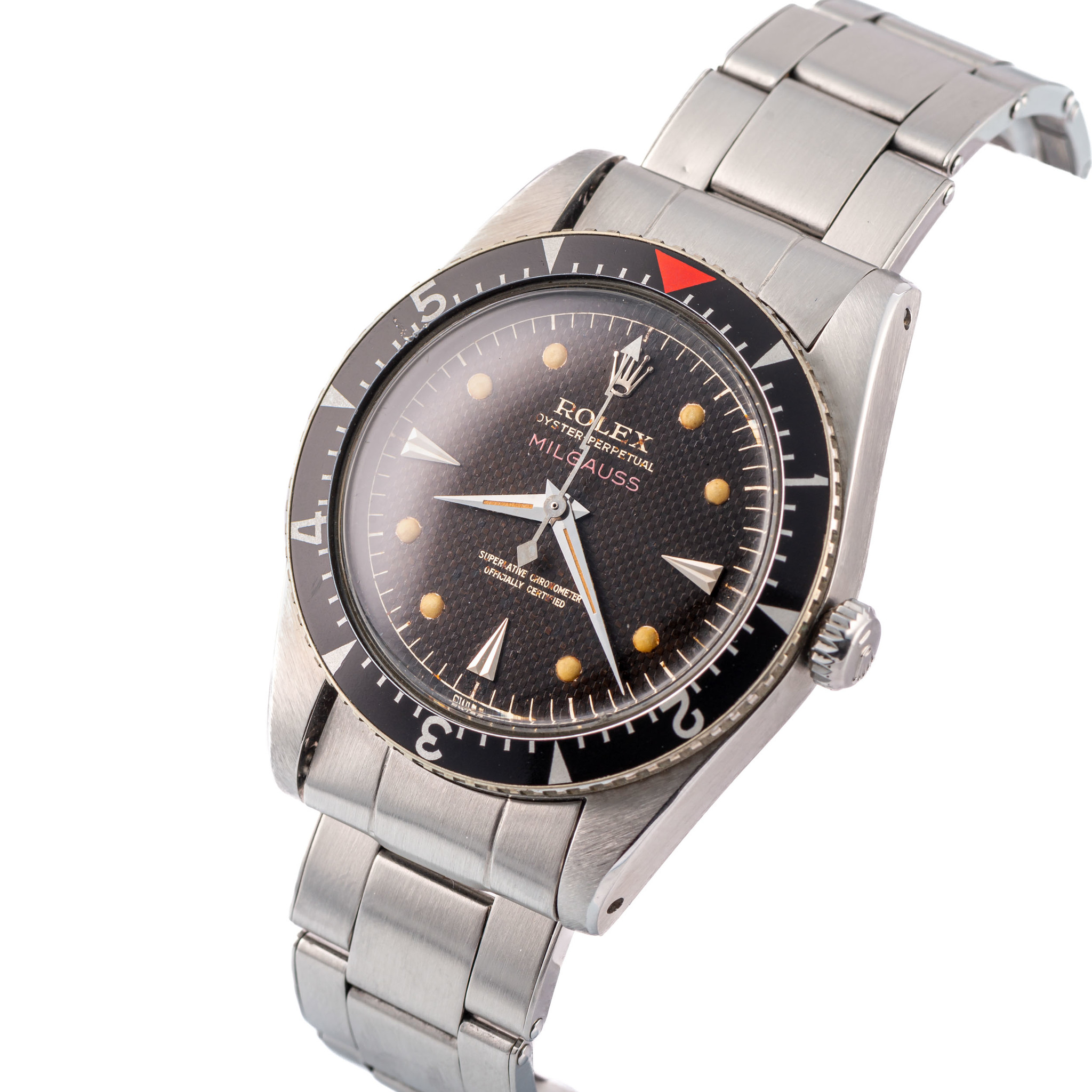 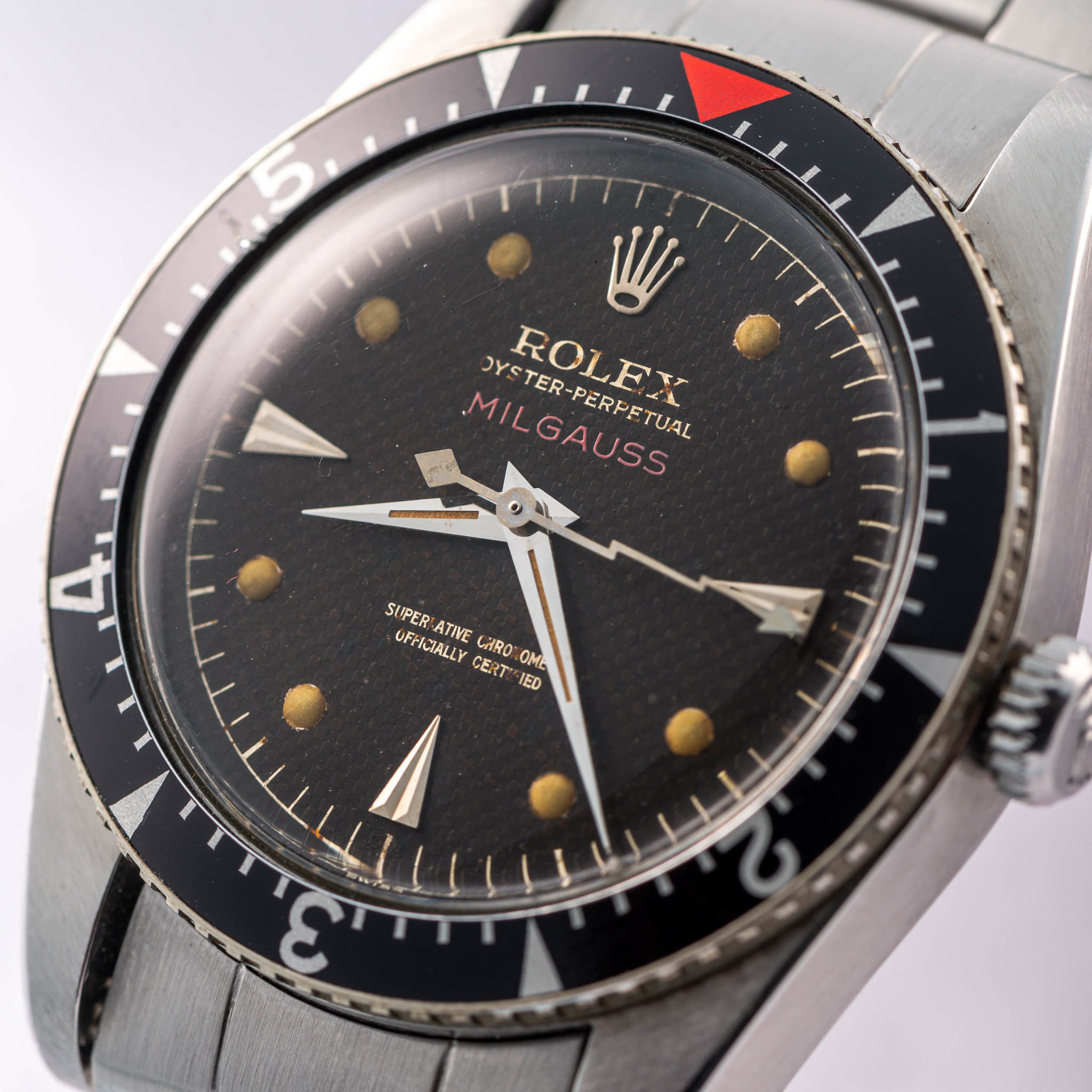 Launched in 1956, the reference 6541 is the little sister of the Rolex Milgauss reference 6543, created in 1954 for people working on scientific experiments or in power stations, who would need a watch that remained accurate in conditions of work where high magnetic fields existed. Closely related to CERN (European Organization for Nuclear Research located in Geneva), this model was used to resist to high magnetic fields. The watch’s distinctive name was derived from the French word “Mille”, meaning “thousand”, and “Gauss”, which is as measurement of magnetic induction.

Magnetic fields affected the balance workings of a watch. A normal watch will become erratic at 60 oersted and cease to function at around 100 oersted. The Milgauss had anti-magnetic alloys in parts of its movement, which was encased by an iron shield, thereby enabling the watch to remain accurate in fields of over 1000 oersted. At the time of its launch the Milgauss was considered a marvel of horological engineering. Not only did the watch function perfectly when subjected to a magnetic field of 1000 oersted, its guaranteed limit, but it could also remain accurate at 5000 oersted. In fact, even after being placed in such powerful magnetic fields, the residual magnetism in the watch’s workings was insufficient to affect its accuracy.

To this history, the timepiece presented here has other distinctive features such as a rotating bezel with a red-colored triangle and a honeycomb- patterned dial, with circular indexes and faceted, triangular hour markers at 3, 6, and 9 o’clock. Indeed, the dial of this reference is made of webbed laminated copper to protect the movement from the magnetic fields, which collectors refer to as a 'honeycomb' dial. The production of the 6541 ends in 1960. With only 4 years of production, this reference is completely a tool watch, rich in history, sought after by collectors and hard to find in original condition.